Meeting with Kazakhstan’s Spiritual Board of the Muslims

Addressing the audience, the Head of the State noted the special role of religion in the life of the Kazakh people and measures to regulate religious relations on the part of the state.

- The state places emphasis on the issue. A special ministry has been created that analyzes the problems and provides support in this sphere.

Recently I have published an article on the need to modernize consciousness, preserve, and saturate our historical and spiritual wealth. Patriotism, love of the motherland, stability within the country and in the region is our future. We must work together for that, the President of Kazakhstan said.

Nursultan Nazarbayev emphasized that in the era of digital technology, Kazakhstan should preserve its national values, culture and traditions.

The head of the state drew attention to the need to counteract destructive religious teachings.

- Everyone knows that Kazakhstan has a large territory and natural resources. There are those who look at all that with envy. First of all, they are those who wish us harm and try to cause disagreements in the society. One way to influence us from outside is introducing alien religious teachings for our people. This trend has been observed recently. We must fight against manifestations that are dangerous for our statehood. In this regard, you face big challenges, the President of Kazakhstan addressed the imams.

Nursultan Nazarbayev underlined the traditional character of the Hanafi madhhab for Kazakhstan’s Muslims and made a point of the need to train specialists who have skills to explain the basics of this trend of Islam.

- To date, there are 3 800 imams working in the SAMK. Half of the total number passed the courses for improving religious literacy. But it should be noted that this is not enough. We need to understand how to raise the level of knowledge of imams and specialists working in this field.

Only an educated imam can correctly instruct. He must have knowledge of his religion, he needs to study other religions’ characteristics, as well as have other knowledge. Imams must become ideologists with skills of oratorical art and knowledge in human psychology, the Head of the State said.

During the conversation, the President of Kazakhstan inquired about the Nur Mubarak University activities and plans for its further development.

"As a result of ignorance, our young people grow beards and cut their pants. The number of Kazakh girls is increasing, who completely cover themselves with black clothes. That does not correspond to our traditions or our people. It is necessary to work out the issue of banning that at the legislative level. Kazakh people wear black clothes during mourning time, the head of the state addressed.

The President of Kazakhstan recalled the Kazakh culture history and traditional clothing of the Kazakh women, emphasizing the absence of a connection between black attire and religion.

- If young people follow instructions alien to our people, what will happen to the country? We are not allowed to do that. Independent Kazakhstan should have a bright future, the nation must be united, and the country should be secular and develop further. We will not tolerate those who oppose our goal. These are not only the interests of the government; they are the interests of the entire people of Kazakhstan, and its future, Nursultan Nazarbayev said.

The head of the state, pointing to the importance of religious literacy among the population, emphasized the need to promote patriotic upbringing in imams’ work.

"A Muslim of true faith does not become known of his clothing, his difference lies in his inner faith. If there is love in the heart of a person, then he has faith. We must move opposite to a civilized world, discovering and cognizing the science and knowledge. Up to the XVIII-XIX cc. the Muslim world had been the leader in the whole world. It was the source of science, the home of philosophers, doctors and writers. Now we have lost leadership in these matters.

Today, our citizens receive varying information via Internet. In the same way, they gain access to sermons of unconventional currents. Various methods and technologies are used for that. We also need to use information technology to combat them. If necessary, the government is ready to support the SAMK.

I paid special attention to "Tugan  Zher" program in my programmatic article that will allow us to collect knowledge about each region and about each locality. Patriotism must be in each of us. In this regard, in your sermons, we ask you to pay attention to the theme of love for Motherland, the President of Kazakhstan concluded.

The meeting participants have also shared their views on further cooperation in countering non-traditional religious trends. 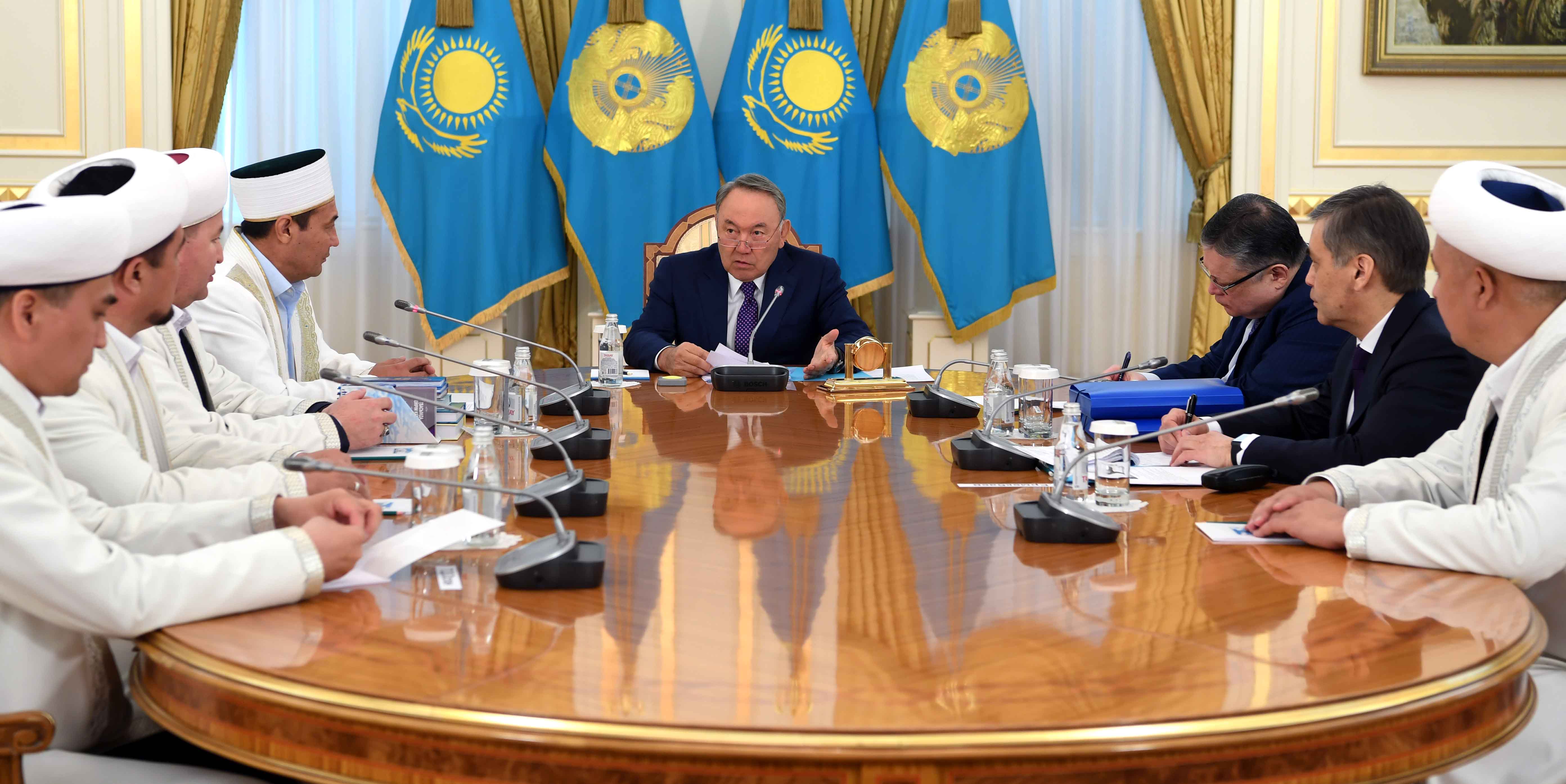