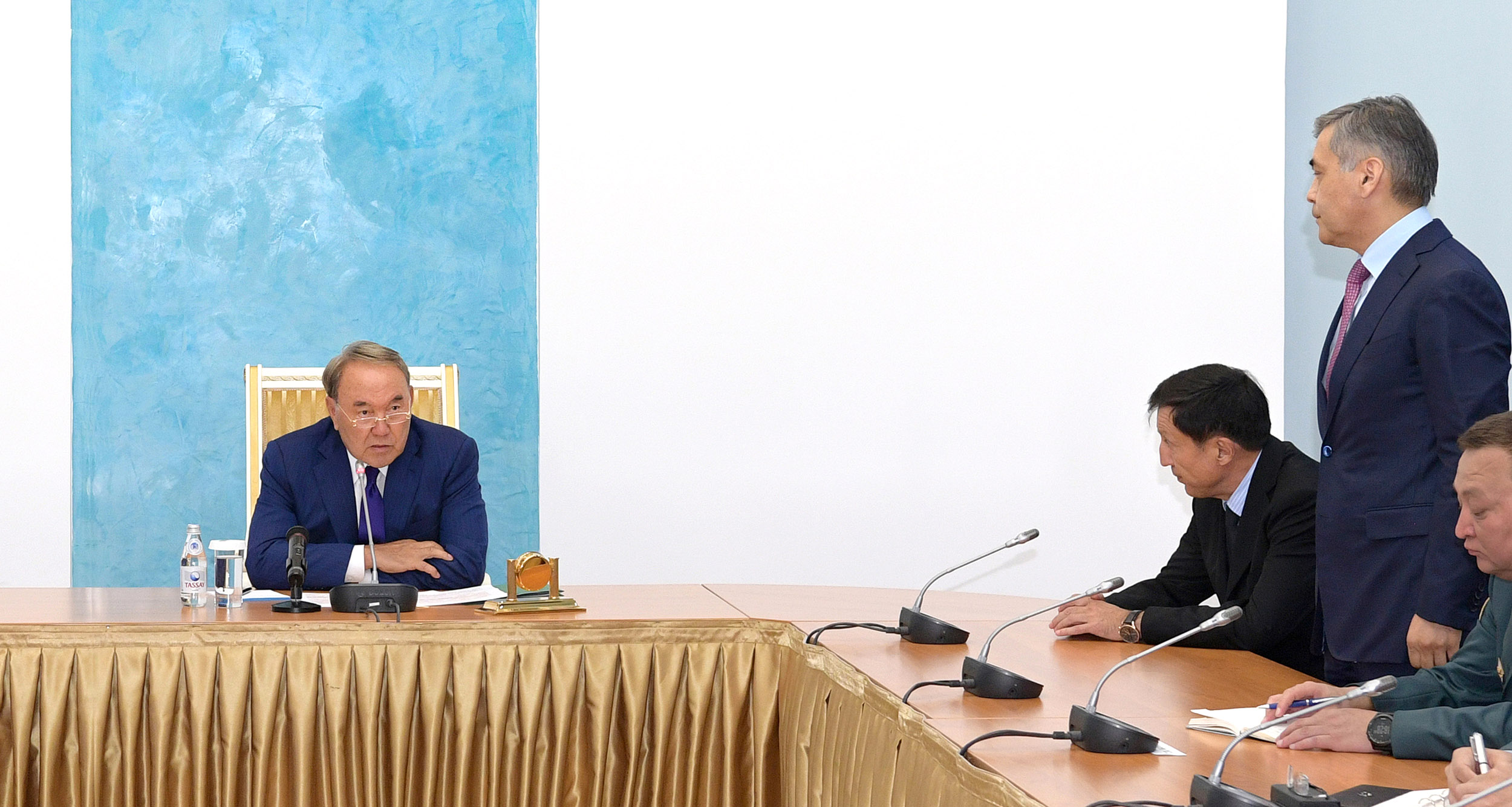 Meeting with the leadership of Defence Ministry

During the meeting, Nursultan Nazarbayev noted that for 25 years, thanks to the efforts of the state and personnel, the Armed Forces of Kazakhstan, having a serious military potential, had become a reliable support for the country's independence.

- In recent years, much has been done in the development of the Armed Forces. A number of important strategic documents were adopted, including the National Security Strategy, the Military Doctrine of Kazakhstan, the Concept for the Armed Forces Development, as well as regulatory and legal acts in the field of defence, the Head of State said.

The President of Kazakhstan pointed out that in the light of changing the geopolitical situation and formation of new challenges, one of the main tasks of Defence Ministry is technological upgrading and modernization of weapons.

- Therefore, I have come to the decision to appoint a civilian - security assistant, the Secretary of the Security Council – Nurlan B. Yermekbayev to be a Defence Minister. At the same time the active officer N. Yermekbayev, is experienced with military service, including in hotspots of tension. He was an assistant for international affairs, Kazakhstan's ambassador to the PR China and several countries of South-East Asia, a minister, and was twice appointed as the Security Council Secretary, Nursultan Nazarbayev said.

The Head of State stressed the need to improve the training of military personnel, taking into account modern requirements.

- I would like to thank for the impeccable service of Colonel-General Saken A. Zhasuzakov and instruct him to head the National Defence University. There are big tasks to upgrade the skills of the command staff of the Armed Forces and the development of military science. The university should become the main scientific and educational centre, where students will be trained not only from our country, but also from neighbouring countries, the President of Kazakhstan said.

In conclusion, Nursultan Nazarbayev has given a number of specific instructions on the further development of the country's Armed Forces. 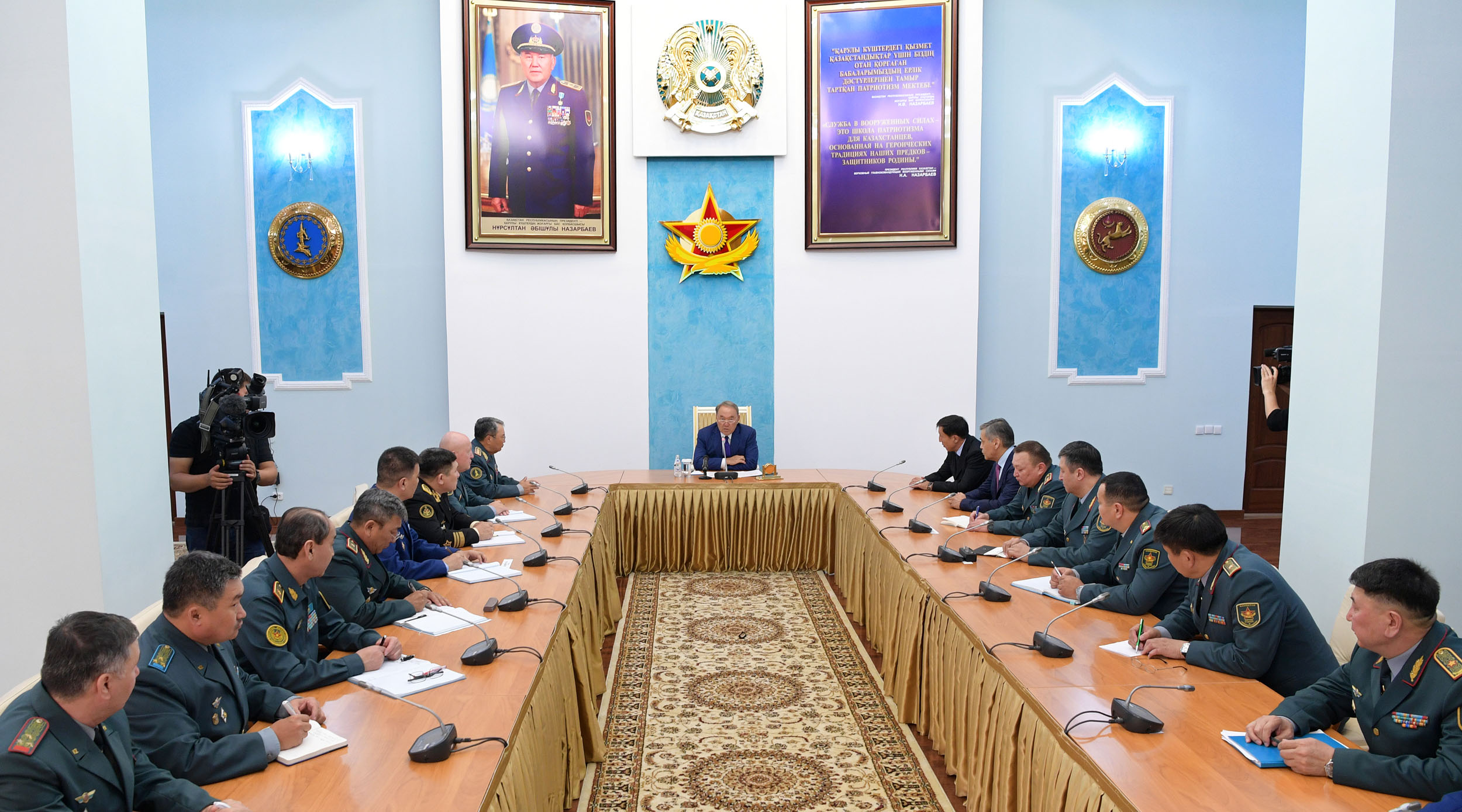