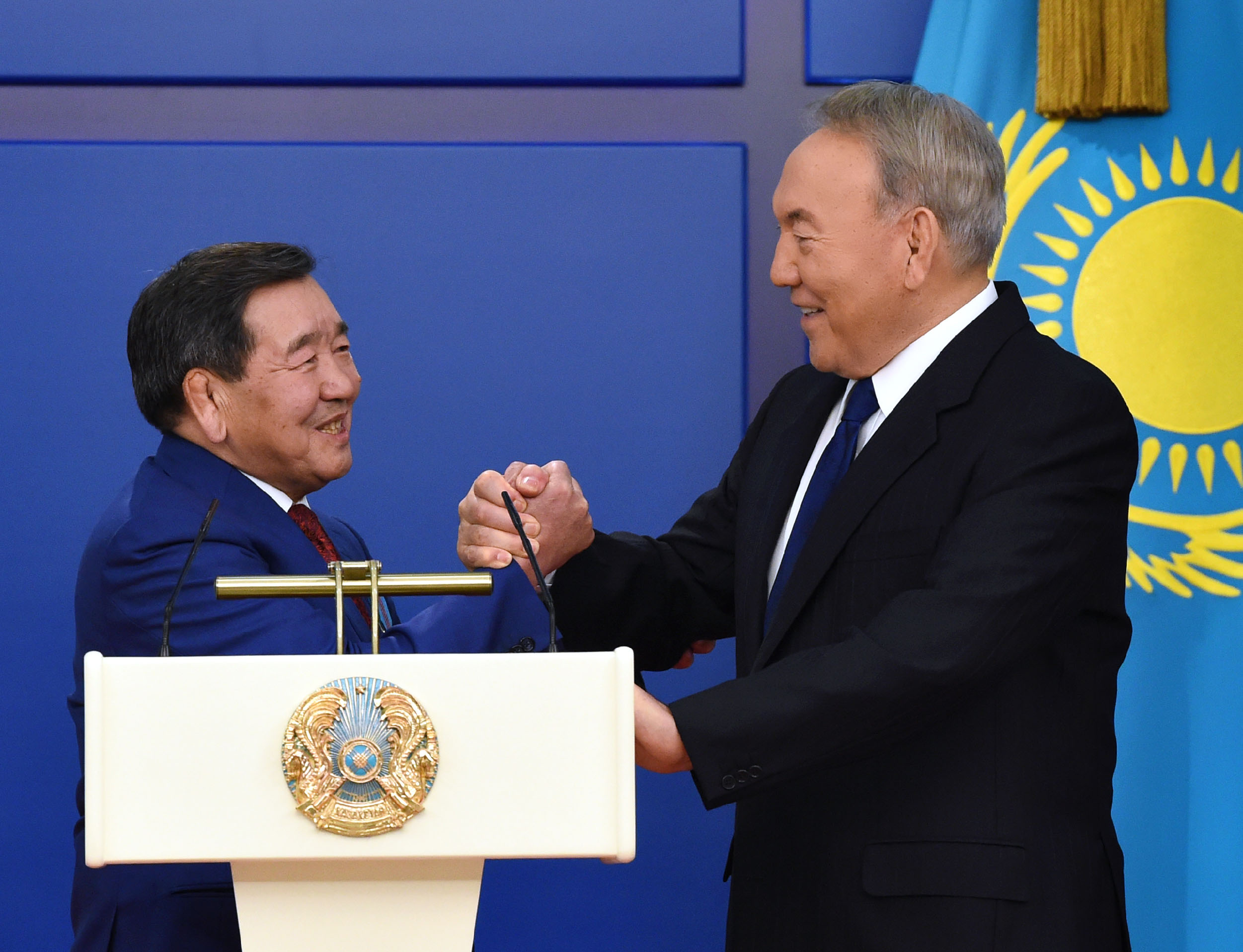 Participation in the ceremony of presenting state awards and prizes

Addressing the ceremony participants, the Head of State congratulated everyone on the major national holiday - Independence Day and noted a number of achievements over the years of sovereign development.

- After gaining national sovereignty, we have consistently built up strong and prosperous Kazakhstan. In the intervening years, our country has gained prosperity and victories. As part of a large-scale modernization, we have ensured high social guarantees and growing well-being of our citizens. We worthily conducted large-scale global events, strengthening Kazakhstan's international authority, Nursultan Nazarbayev said.

The President of Kazakhstan stressed the role and efforts of every Kazakhstani in the country's achievements and actualization of institutional reforms.

- Today, we are celebrating with awards and prizes the merits of those of our fellow citizens who have contributed to the progress of our Motherland. This year, "Қазақстанның Еңбек Ері" (Kazakhstan’s Hero of Labour) title was awarded to Ahmetzhan Yessimov. Being one of my associates, he has made a significant contribution to the formation of independent Kazakhstan, the Head of State said.

In addition, the President of Kazakhstan noted the merits of engineer Ruslan Kuatov, who was also awarded the title of Kazakhstan’s Hero of Labour.

-Being a highly qualified engineer, he has significantly contributed to the effective technological support of oil production, to the development of international partnership in the national oil and gas industry. Thanks to the work of such professionals, industrial power grows and the state's energy sovereignty grows stronger, Nursultan Nazarbayev said.

The Head of State has also awarded the title of Kazakhstan’s Hero of Labour to Zhaksylyk Ushkempirov, a famous sportsman and the Olympic champion.

- At present Zhaksylyk Ushkempirov is engaged in the agricultural development and makes a great contribution to the growth of his own village. At his own expense, he built a sports complex, kindergartens, and homes for young families and thereby earned respect and gratitude from his fellow villagers, the President of Kazakhstan said.

Nursultan Nazarbayev highlighted the achievements of Tuleuov Amangos in the agrarian development awarding him with the Order of Otan and the merit Sarai Anes, a writer, awarding the Order of Barys, Degree  III.

- We are awarding Kitaev Igor with the Order of “Еңбек Даңқы” (Glory of Labour), Degree III. The title of "Қазақстанның еңбек сіңірген қайраткері" (Honoured Worker of Kazakhstan) is presented to the author of our state emblem Zhandarbek Malibekov, the Head of State said.

The President of Kazakhstan also noted the feat of Ruslan Bazarbayev, who risked his own life, during a fire, having saved three people, including a child.

- Today, we honour Kazakhstan’s people - true professionals of their work, true patriots of our Motherland. State awards are given to culture and art, education and health professionals, representatives of business and production, servicemen and law enforcement officers, veterans of war and labour, athletes and civil servants. With your devoted attitude to business, diligence, valour and courage, you deserve the deep respect of your colleagues and high prestige in the society,  Nursultan Nazarbayev said. 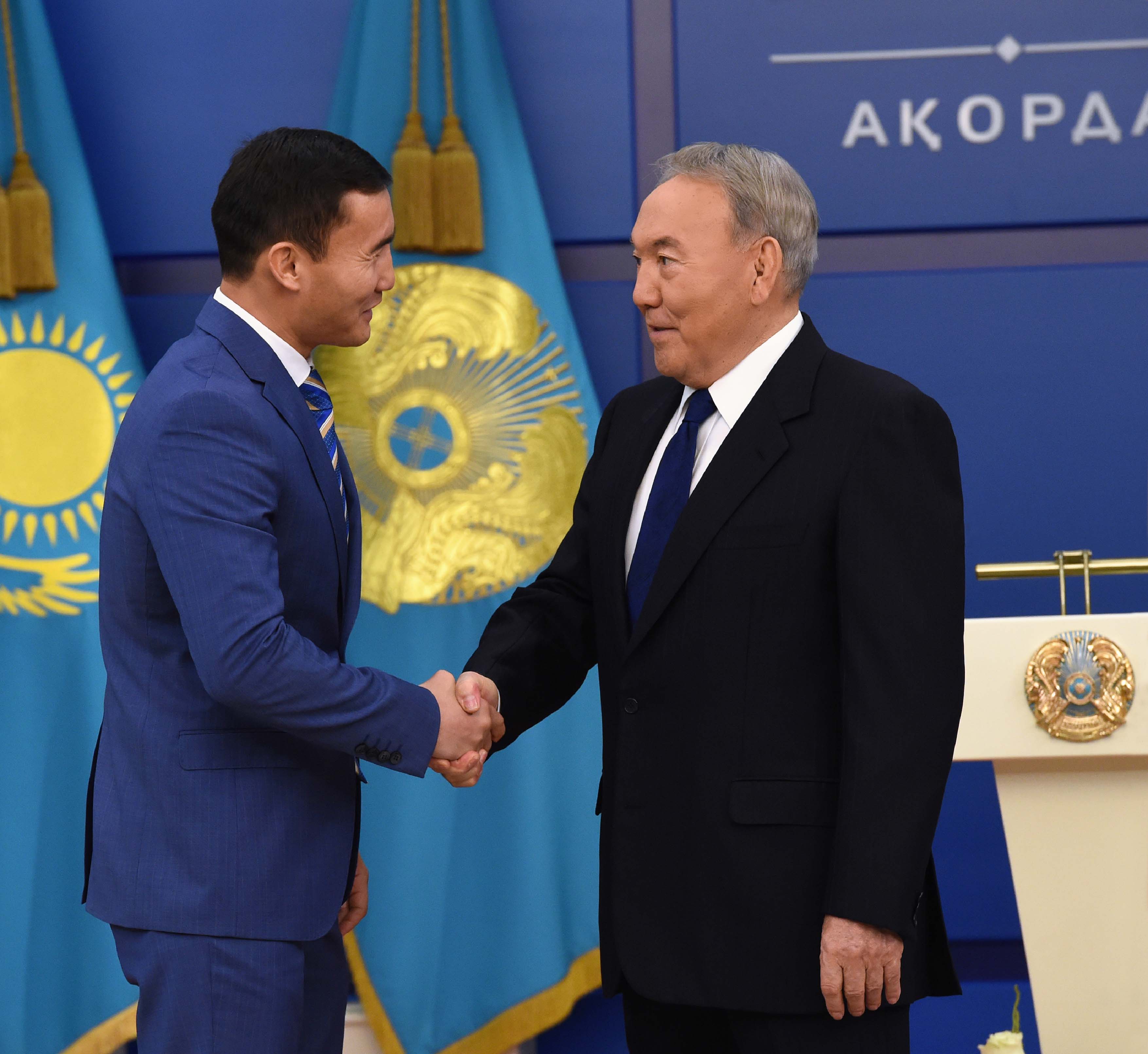 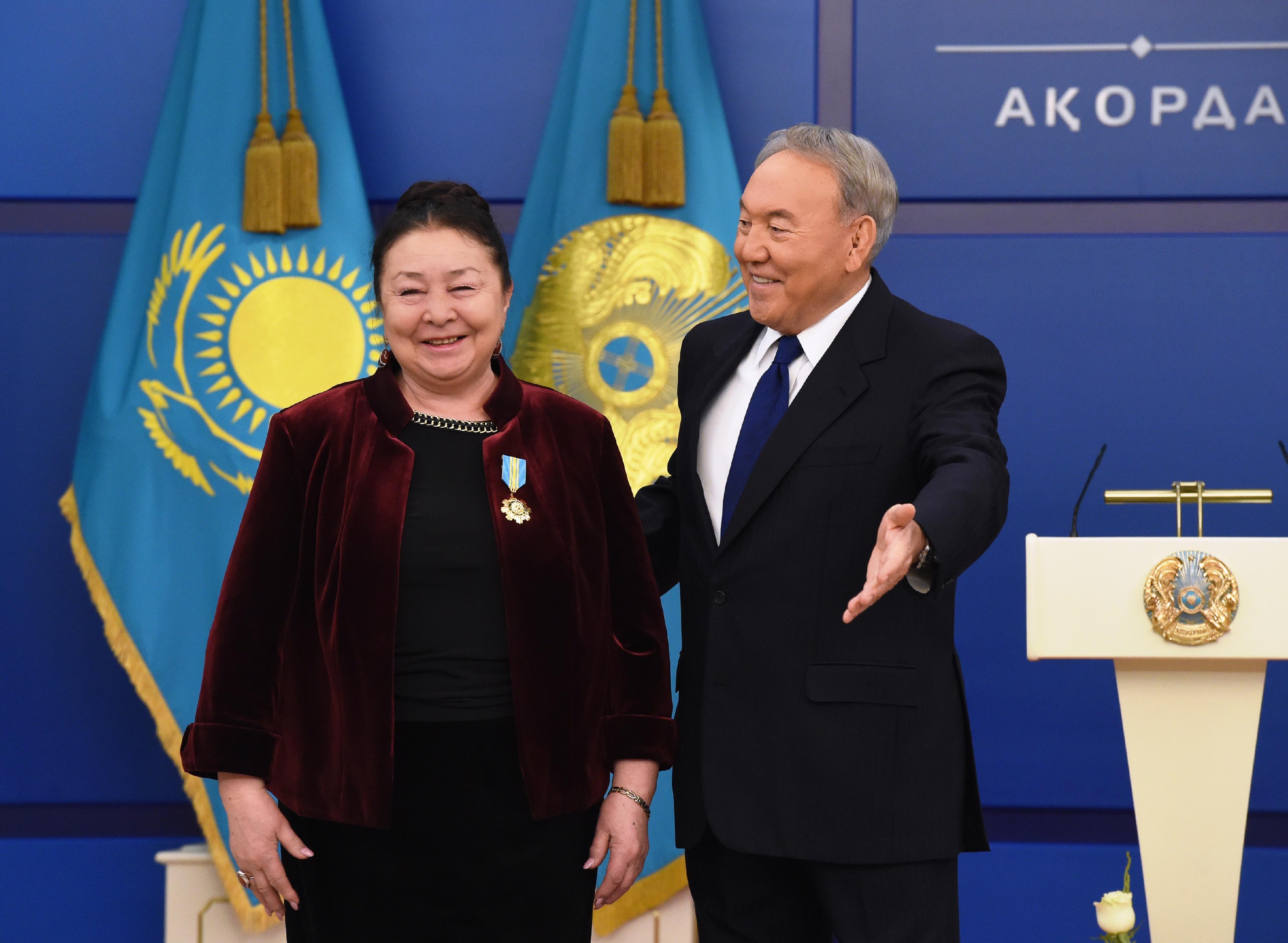 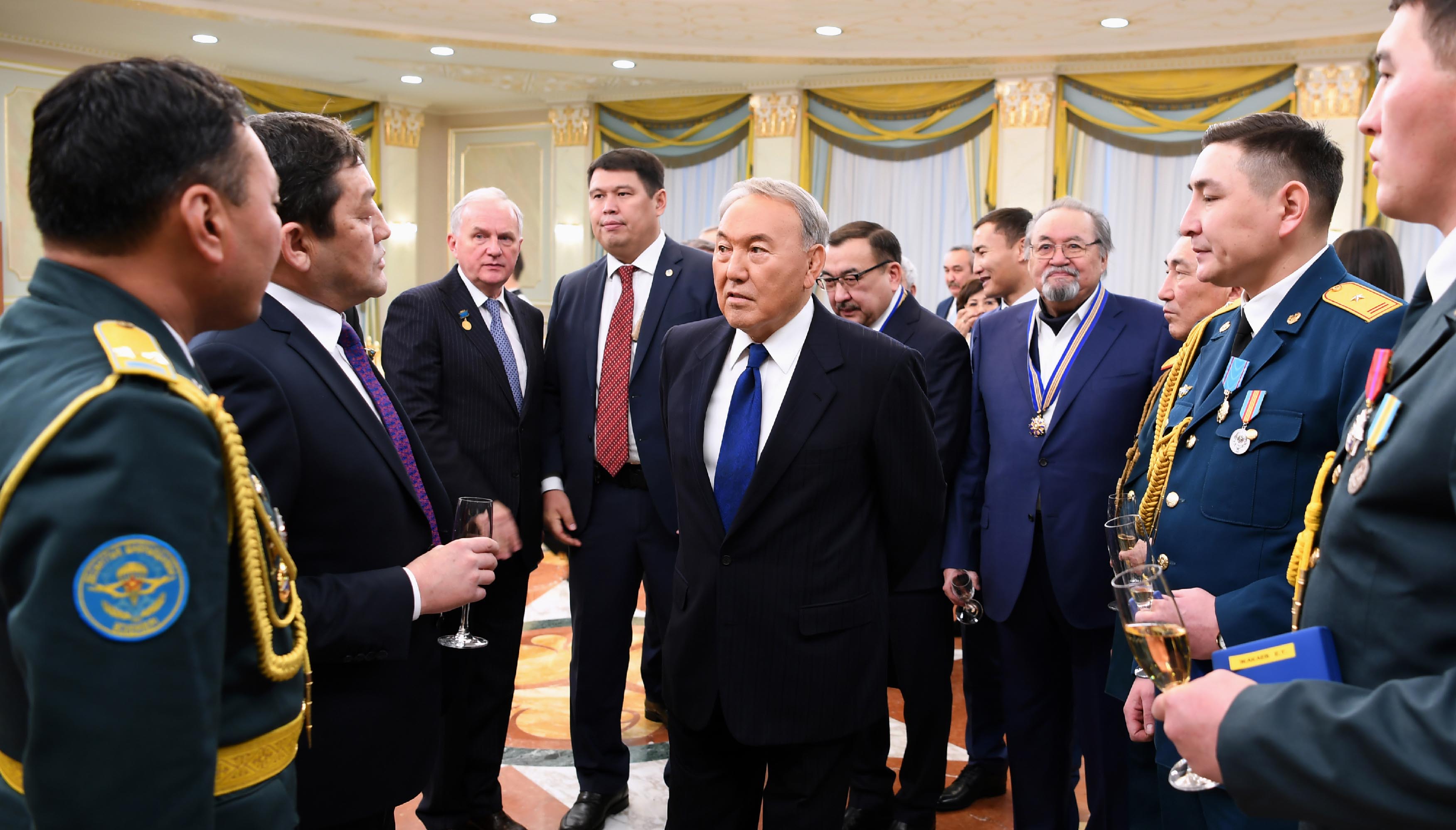 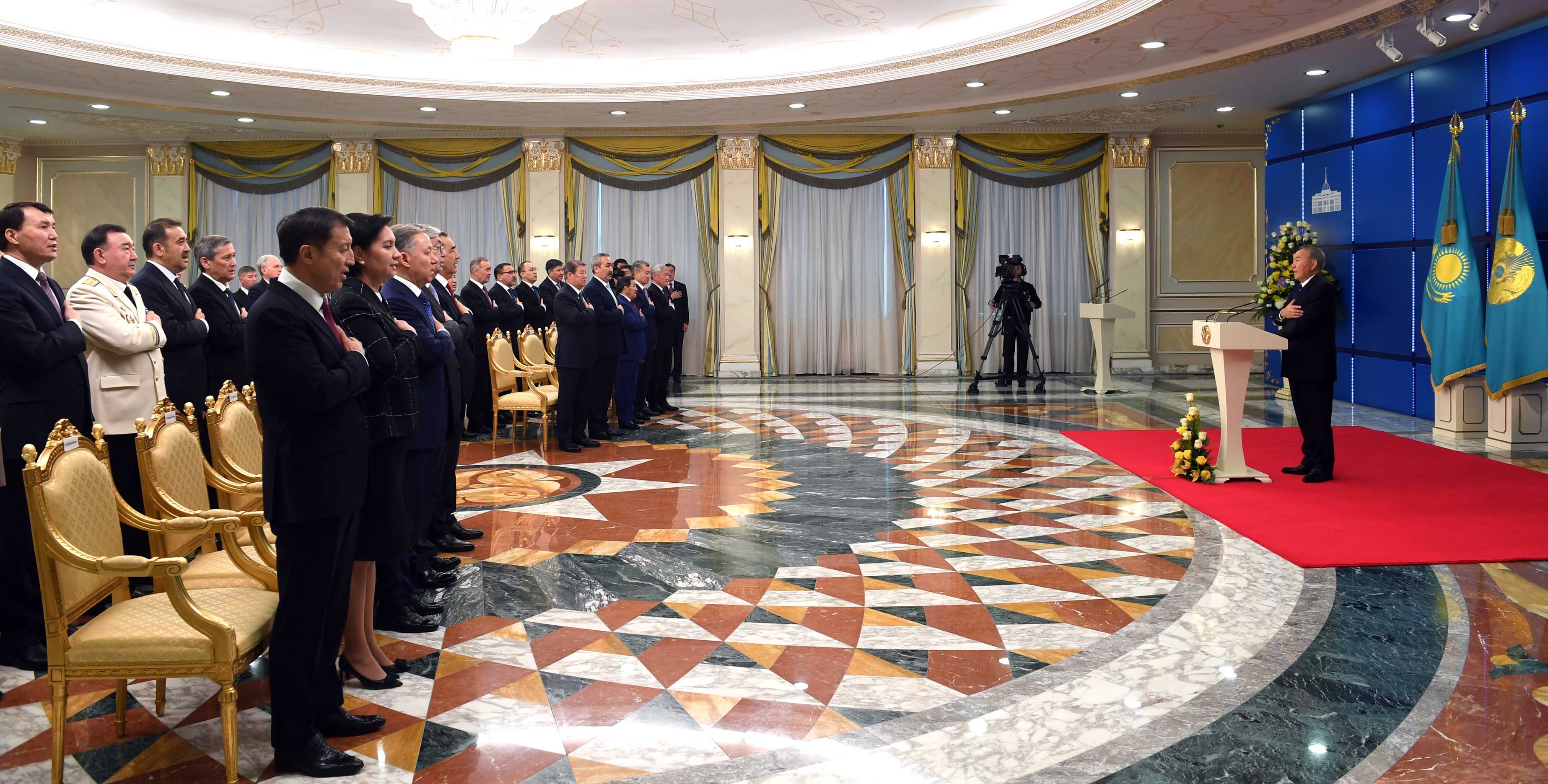 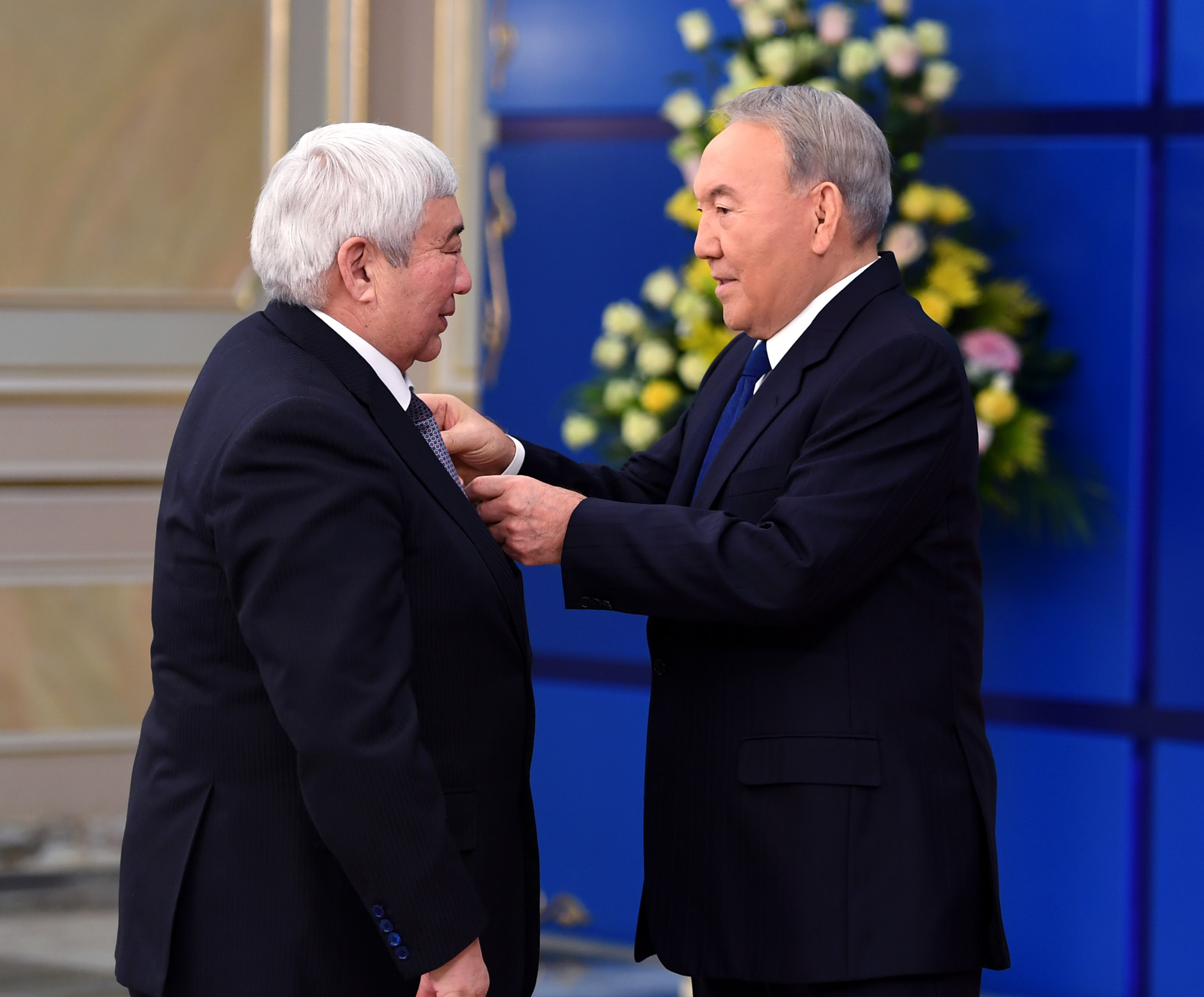 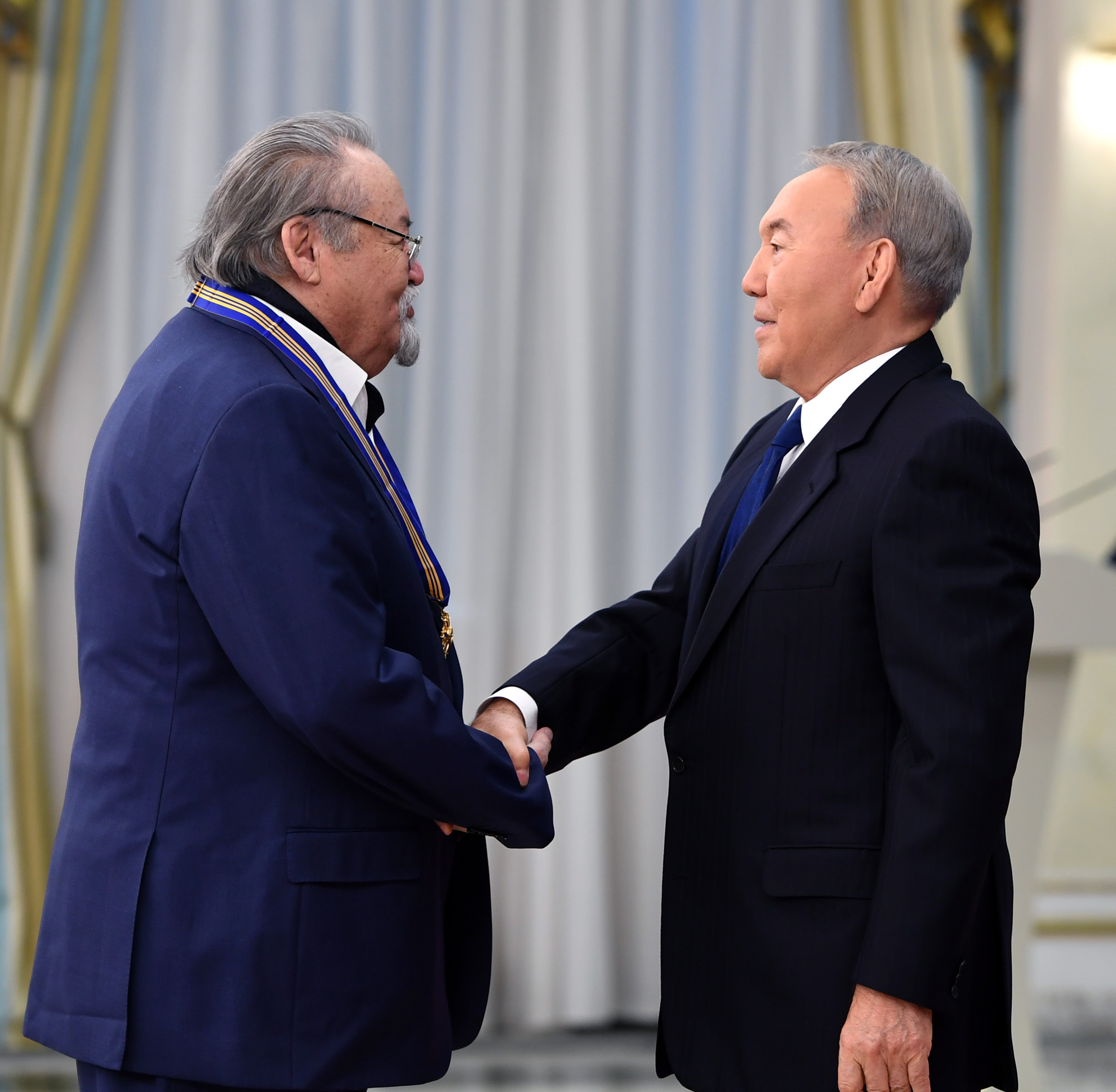 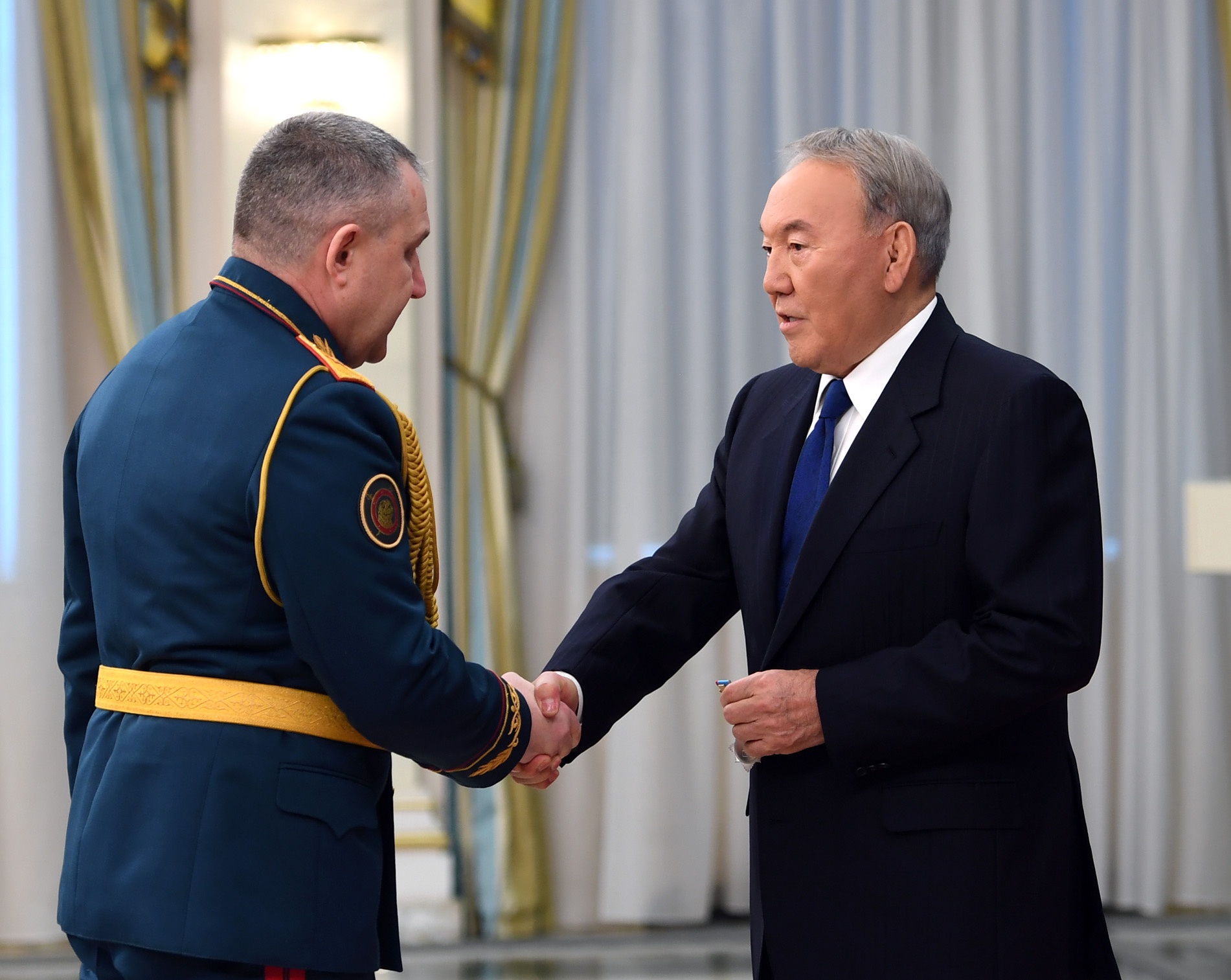 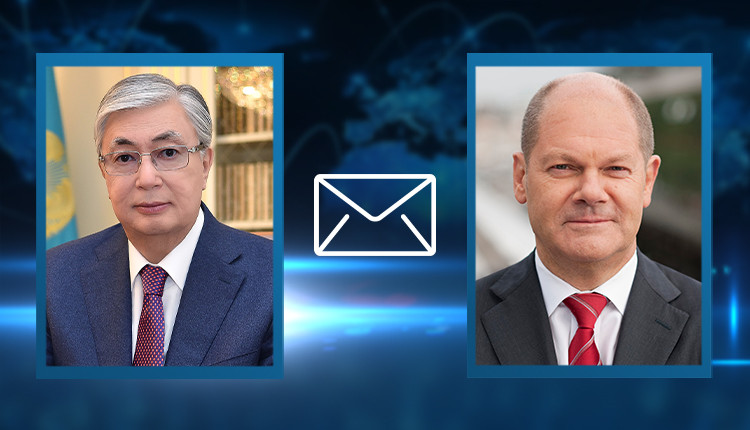