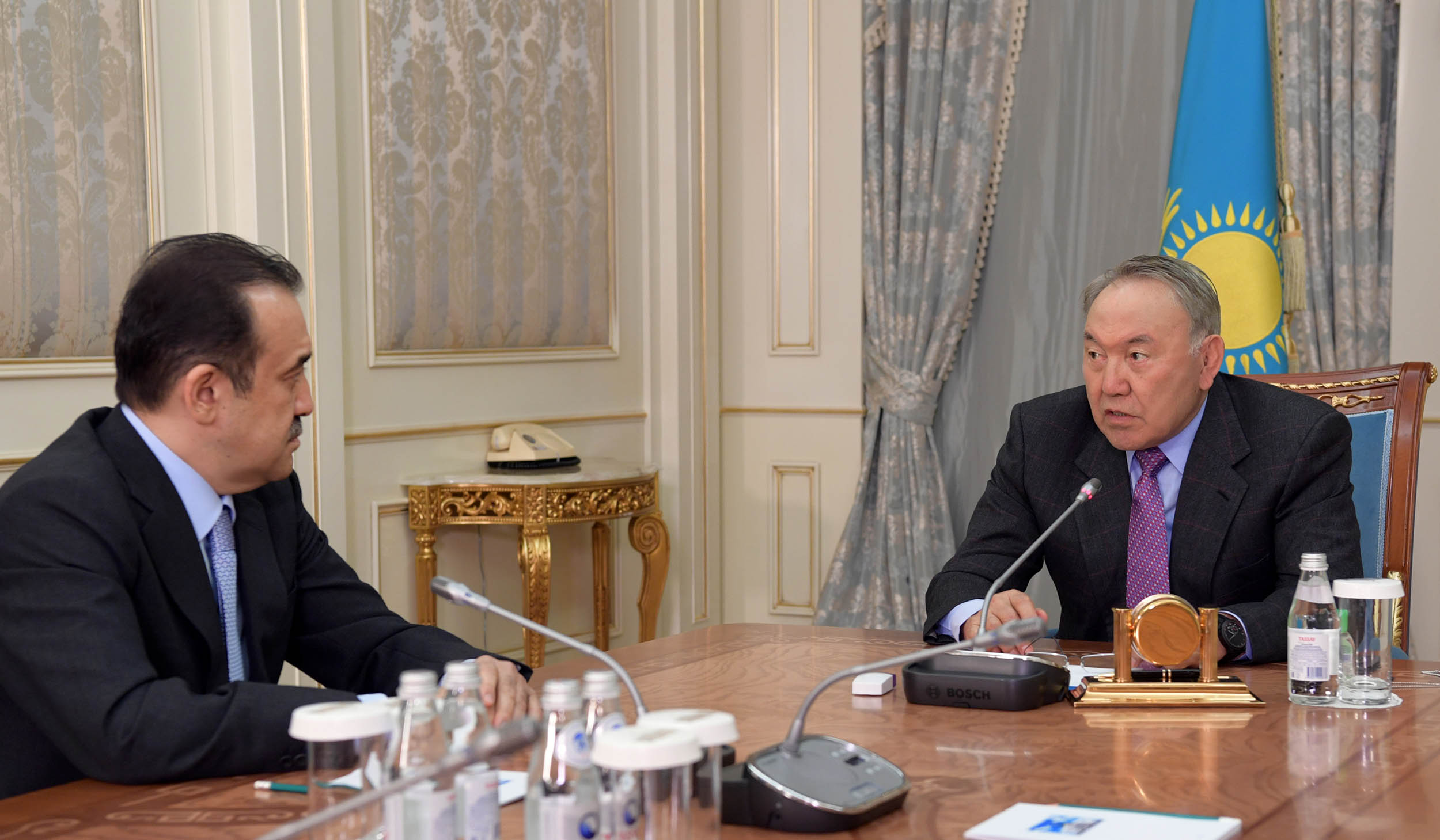 Meeting with Karim Massimov, Chairman of the National Security Committee

During the meeting Karim Massimov reported to the Head of the State on the National Security Committee’s holding the arrangements, together with other law enforcement agencies, aimed at ensuring security in preparations for EXPO-2017 trade show.

The President of Kazakhstan reminded of other major events of the world scale, in addition to EXPO-2017 in Astana.

- This year we are having a number of international events; arrival of heads of state, government, parliamentarians, as well as a large number of foreign and Kazakh tourists is expected. In this regard, we need to think over the issues of ensuring the normal conduct of these events, first of all, focusing on security issues, Nursultan Nazarbayev said.

The Head of State also made a point of ongoing acts of terrorism in other countries and pointed to the need for organizing relevant activities, and joint cooperation with foreign counterparts in order to prevent such manifestations is among them.

In turn, Karim Massimov informed the President of Kazakhstan that safe conduct of events of such a scale, as well as anti-terrorism and religious extremism efforts, are under the constant control of the National Security Committee and other law enforcement bodies.