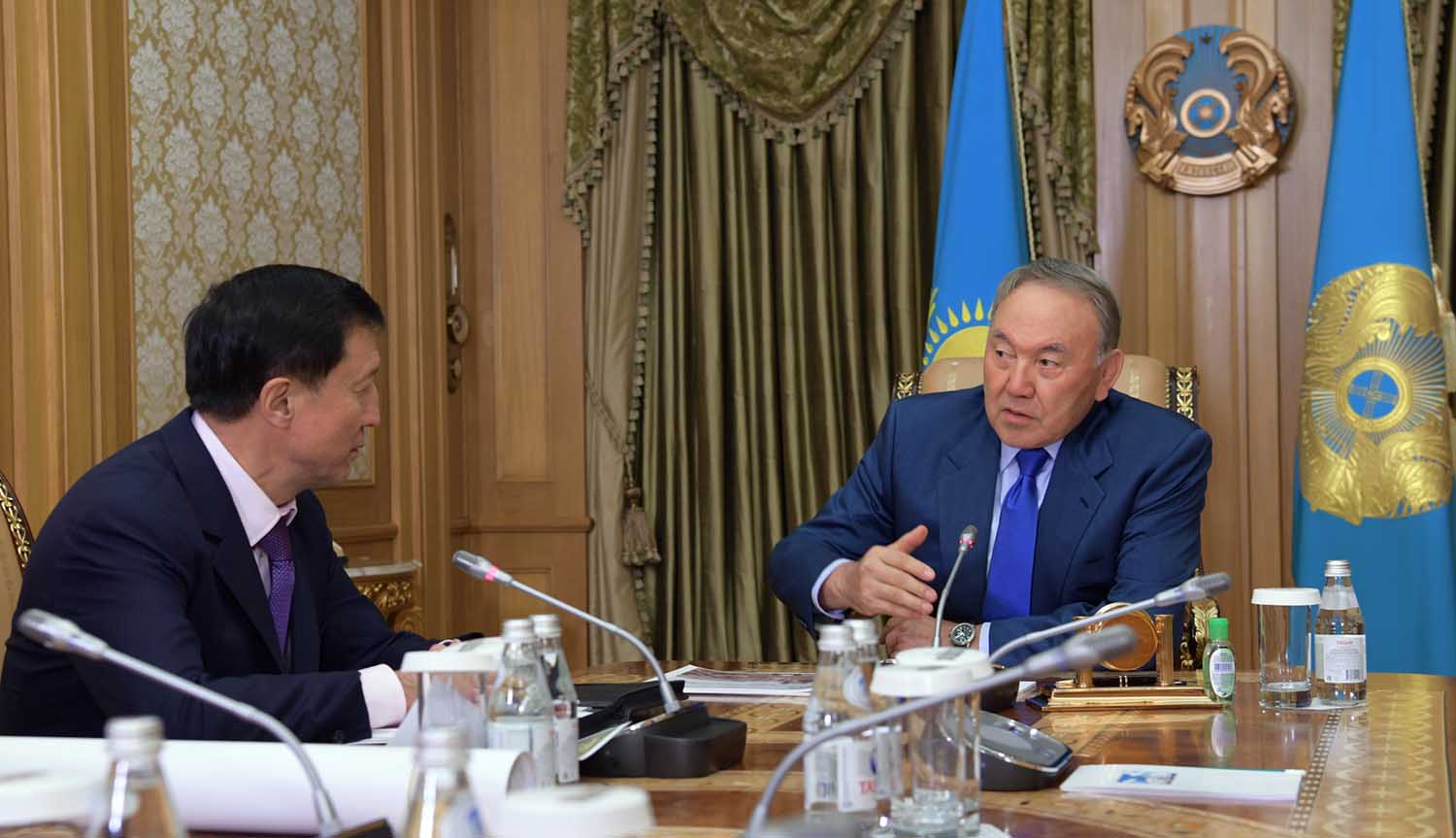 During the meeting Adilbek Dzhaksybekov informed Nursultan Nazarbayev on the socio-economic development of Astana, as well as the progress in the implementation of key state programmes and plans for the upcoming period.

The President stressed that today due to the growth of gross regional product up to 4 trillion 560 billion tenge the capital city is ranked first in the country.

In addition, he said, fixed-asset investment grew up to 770 billion tenge at the end of last year. The number of small and medium-sized businesses so far has increased up to 105,000 compared to 93,000 in 2014. The share of gross value added in the small and medium-sized business sector has reached 62%. This year 2.1 million square meters of new housing is expected to be built, while in 2014 the figure accounted for only 1 million.

Among indicators of social development, the President underscored a low level of unemployment, noting 6,000 jobs have been created. In the last year alone the average income per capita in Astana reached 3.7 million tenge. Pre-school education is provided to 84.5% of children, the construction of kindergartens and schools is underway, he said. In 2015, the maternal mortality rate accounted for 7 deaths per 100,000 live births, while this year the figure has diminished to zero.

Nursultan Nazarbayev noted investments made into the development of the city have yielded effective results.

These figures are encouraging and reflect some serious work of the state and, above all, the city administration. We should continue this work. Our capital city must set an example in all spheres. Much is being done for the development of smart city system, alternative energy, heat supply, improvement of streets, and construction of parking lots. The city is developing successfully,” he said.

At the end of the meeting Nursultan Nazarbayev charged Adilbek Dzhaksybekov with a number of tasks.