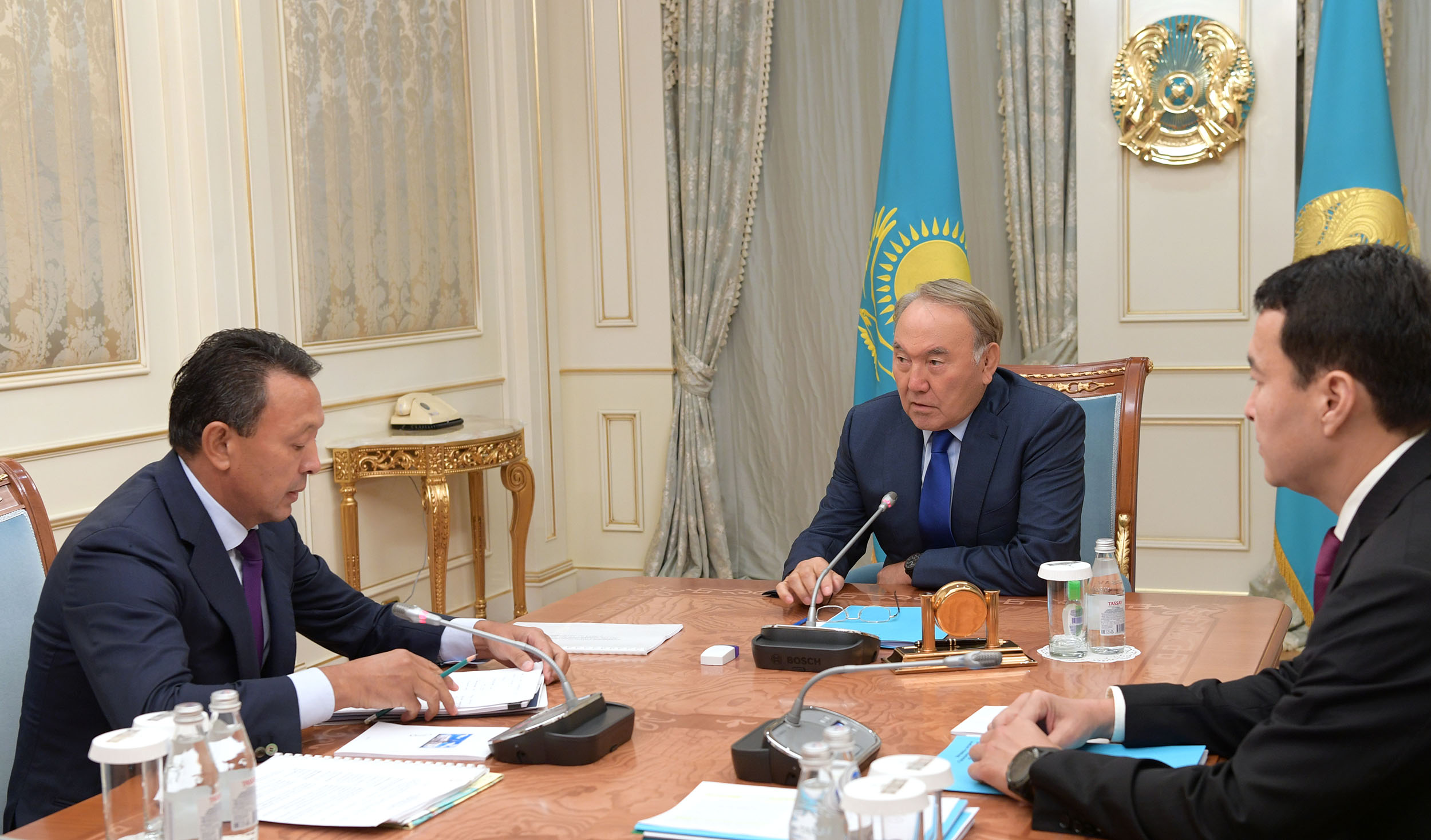 Meeting with Sauat Mynbayev, Chairman of the Board of KazMunayGas JSC

During the meeting, the Head of State was briefed on the main outcome of the national company's performance for the first half and the immediate plan.

Nursultan Nazarbayev noted that KazMunayGas JSC is among the largest production holdings, which is represented in all oil and gas engineering, and stressed the need to use the company's potential for further development of the energy industry.

- As of today, KazMunayGaz has reached a certain level of development and is at the stage of transformation, which includes optimization of the structure, digitalization of technological processes and preparation for entering the IPO, the President of Kazakhstan said.

Sauat Mynbayev has also reported to the President on the situation in the oil markets in the context of the impact of world energy prices on forming the company's profits.

Following the meeting, Nursultan Nazarbayev has given a number of specific instructions.