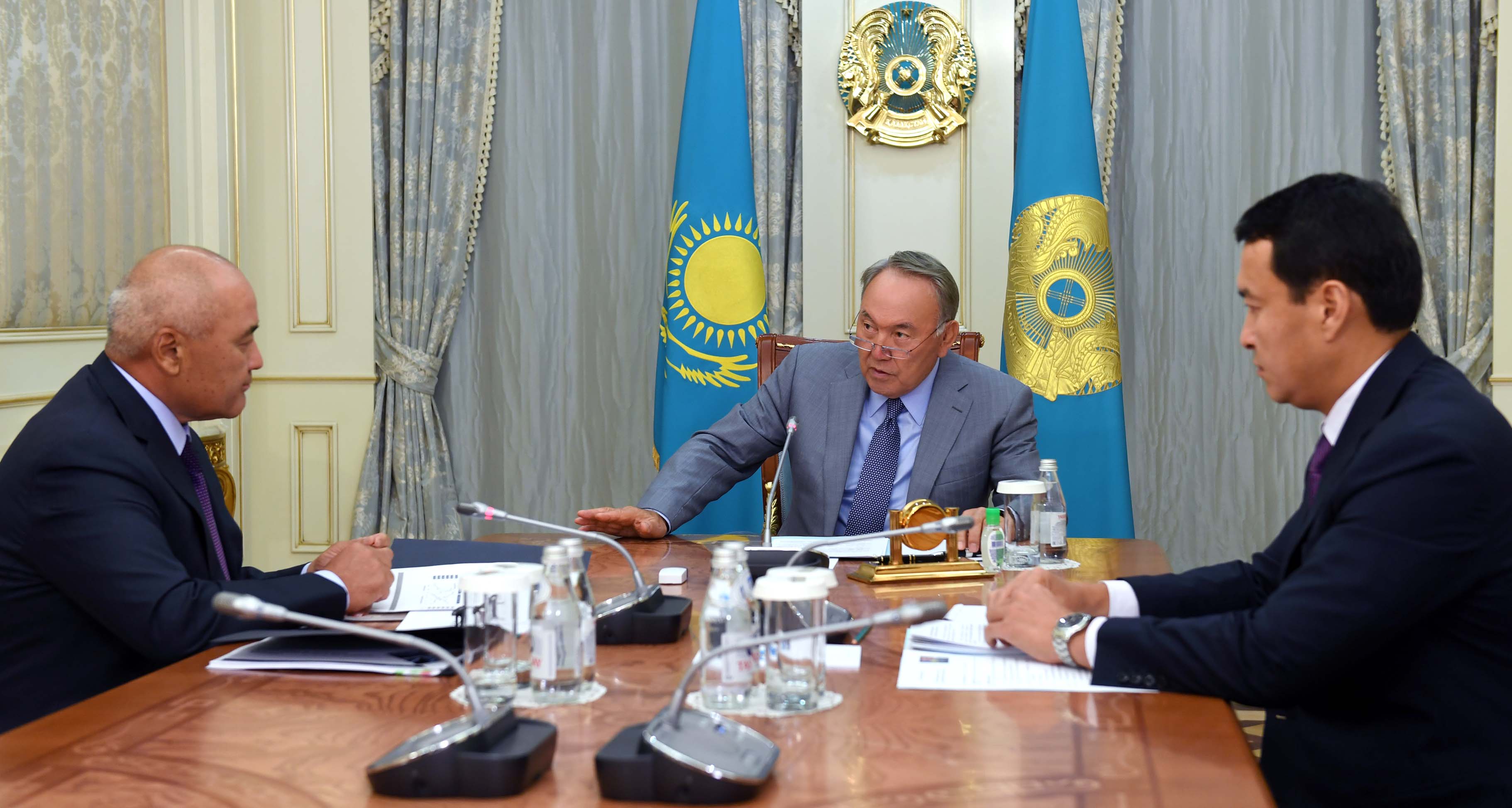 Meeting with Umirzak Shukeyev, Board Chairman of Samruk Kazyna JSC

The President of Kazakhstan noted the Fund’s critical part in the economy of the country and highlighted certain areas of its further development.

- Samruk Kazyna Fund is essential for the country's economy. It administers important assets of the state. At the present time, the situation is reasonably good. The price market conditions for metals remain favorable, the Head of the State said.

Umirzak Shukeyev reported to Nursultan Nazarbayev about the activity results within the period of 7 months, as well as the progress of the Fund’s transformation and its subsidiaries.

- The Funds’ production and cost indicators are much higher compared to the previous year. In general, the Fund is stable. About 130 projects of transformation are currently being implemented in subsidiaries. As for privatization, 60% of the objects out of the 215 planned have already been privatized. Now we are starting to sell large companies, the Board Chairman said.

In addition, Umirzak Shukeyev spoke about preparations for the International Forum of Sovereign Wealth Funds (IFSWF-2017), where it is planned to discuss investment policy issues in the context of the world economy.

At the end of the meeting, the Head of the State has given a number of specific instructions.