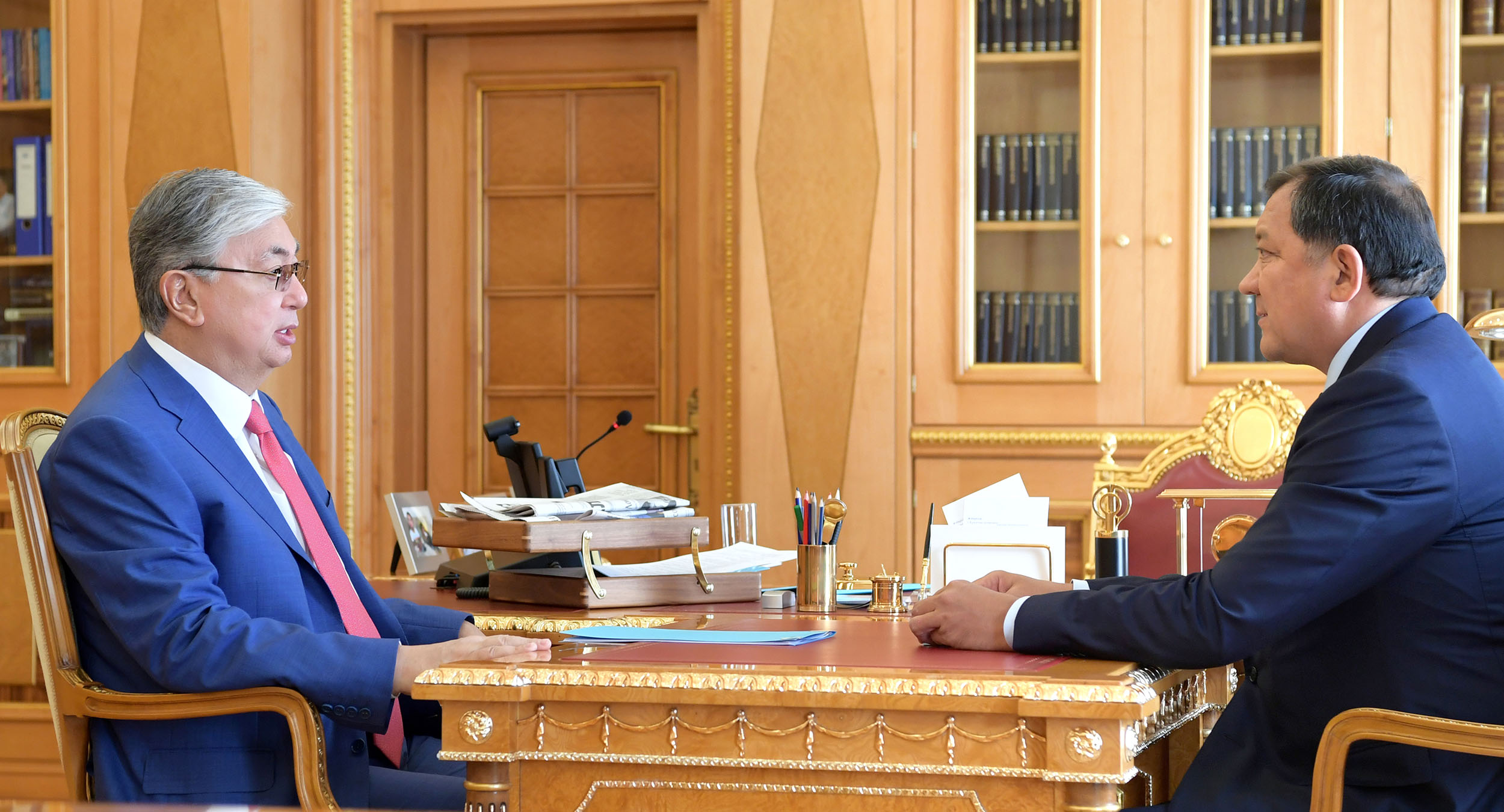 During the meeting, Kassym-Jomart Tokayev heard about the social-economic and the sociopolitical development of Atyrau region. The President was also informed about the progress in implementing instructions on improving the welfare of the people in the region.

The Head of State noted the need for maintaining and further building up the positive pace of Atyrau region’s growth and modernizing infrastructure.

In conclusion, Kassym-Jomart Tokayev instructed the Akim to provide comprehensive support to socially vulnerable groups of the population, as well as to ensure the timely realization of all industry programs.