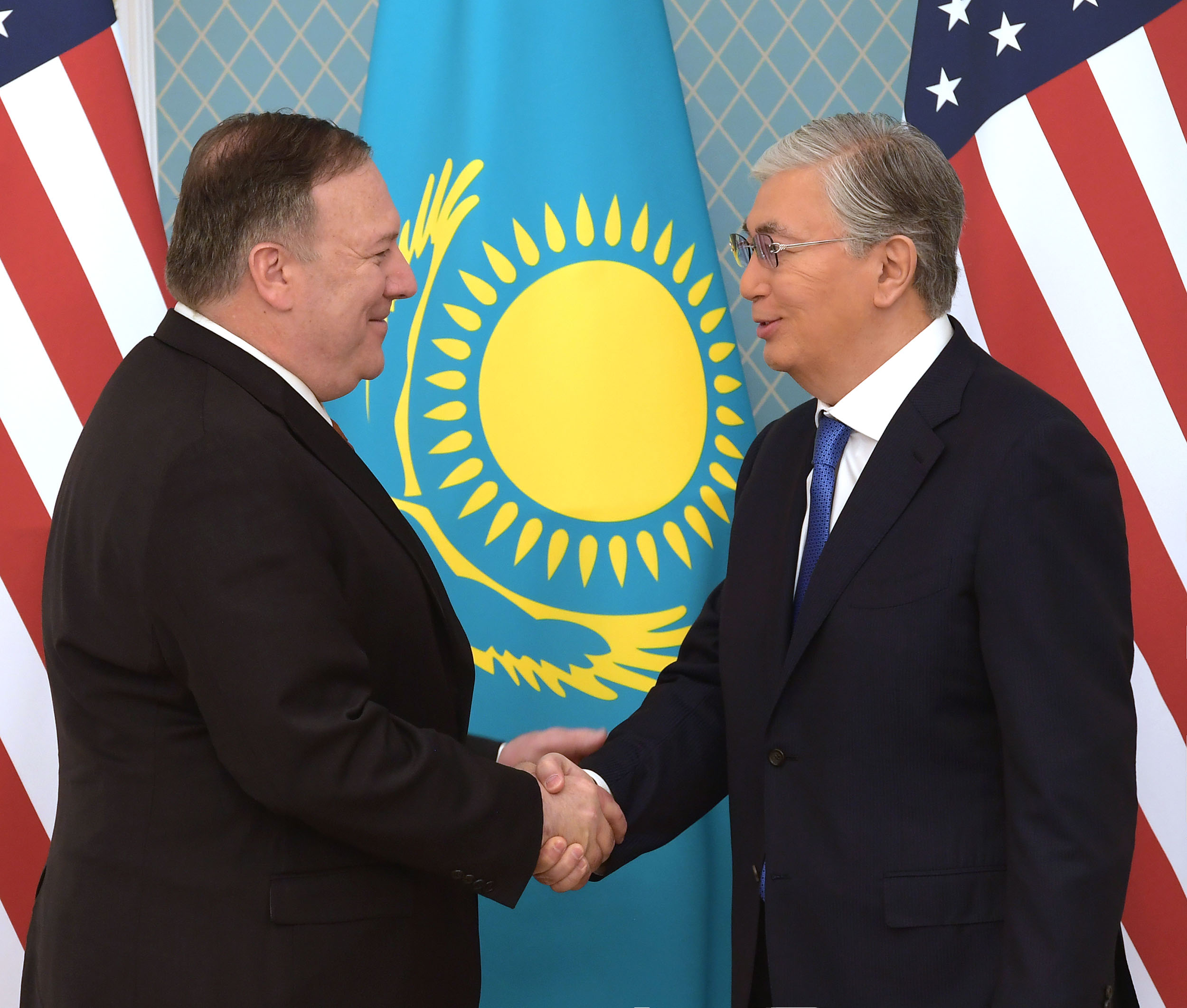 The President of Kazakhstan held a meeting with U.S. Secretary of State Michael Pompeo

At the “Akorda” Presidential Palace, Kassym-Jomart Tokayev held a meeting with U.S. Secretary of State Michael Pompeo, who is on an official visit to Nur-Sultan.

Welcoming the American diplomat, the President of Kazakhstan noted the fruitful development of bilateral cooperation since the establishment of diplomatic relations.

“The United States was the first country to have recognized the Independence of Kazakhstan, and we will never forget this historical fact. We enjoy very close relationship in so many areas like non-proliferation, the fight against international terrorism, and economic cooperation. But I believe that we have new issues that could be explored as soon as we are going forward within our cooperation," the Head of State said.

Recalling a short meeting with U.S. President Donald Trump on the sidelines of the 74th session of the UN General Assembly in New York, Kassym-Jomart Tokayev conveyed to the American leader his best wishes and expressed hope for a meeting with him in any part of the world, preferably in Kazakhstan.

The two sides also stressed the importance of deepening bilateral ties across the entire spectrum of cooperation, including trade, investment, IT technologies, promoting democratic values and combating international terrorism.

President Tokayev informed Michael Pompeo on his intention to establish the post of Special Representative of Kazakhstan for Afghanistan.

Expressing gratitude for the warm welcome and hospitality, the U.S. Secretary of State said that our countries are great partners in the economics, protection of international peace and stability.

The American diplomat praised Kazakhstan's efforts to return citizens from the war zones in the Middle East as part of “Jusan” operation. He also noted Kazakhstan’s contribution to restoring peace in Afghanistan, strengthening the economic and human potential of this country.

In addition, the interlocutors discussed pressing issues of the regional and global agenda. The U.S. Secretary of State informed about the main provisions of the new US Strategy for Central Asia.

The President of Kazakhstan noted the importance of the C5+1 format for dialogue (five Central Asian countries + the United States) and expressed hope for the successful holding of its next meeting in Tashkent on February 3.

Kassym-Jomart Tokayev and Michael Pompeo welcomed the signing of the intergovernmental agreement on air transport. This document, which meets the principles of “Open Skies”, has created a legal basis for launching direct regular flights between Kazakhstan and the United States. 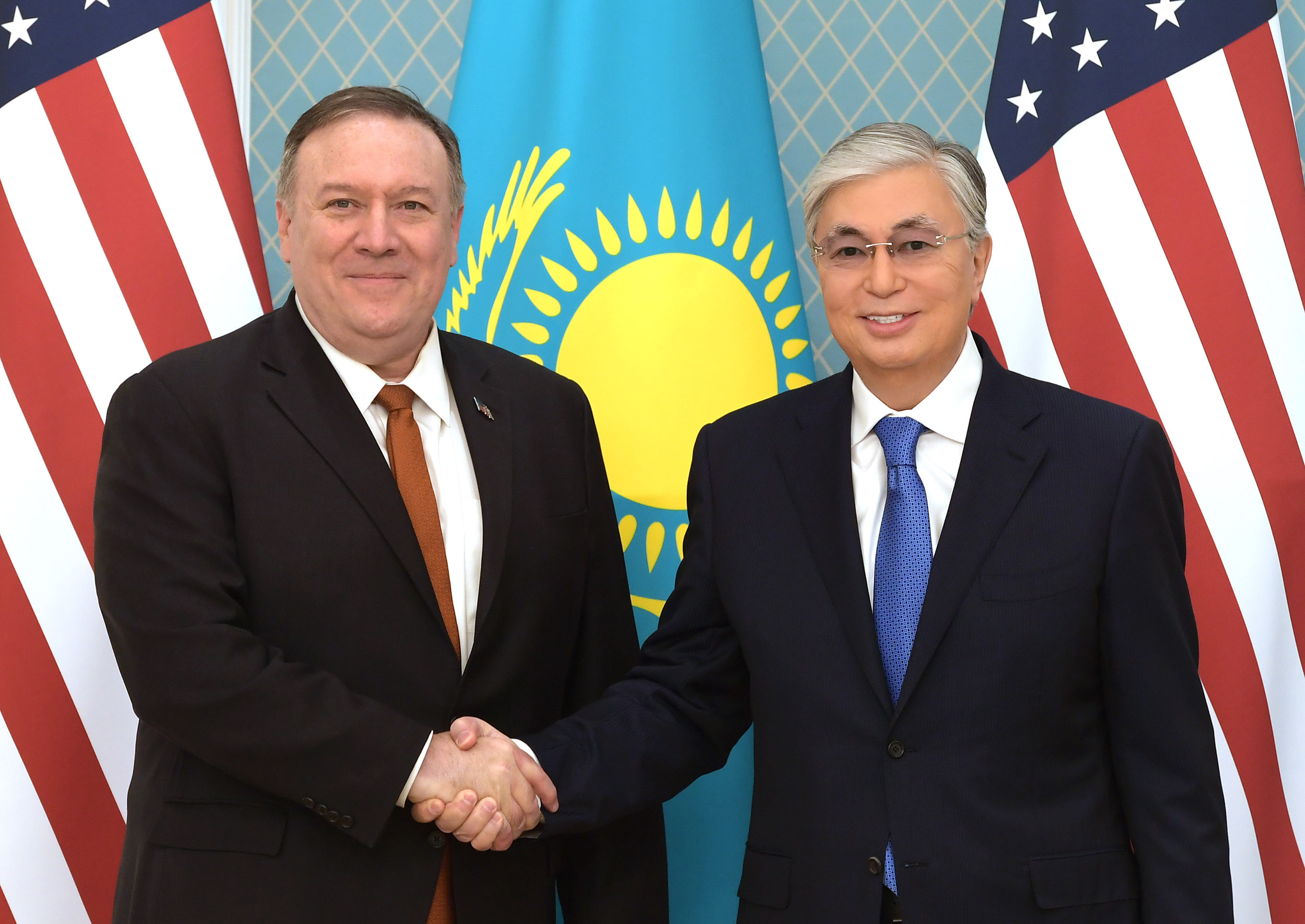 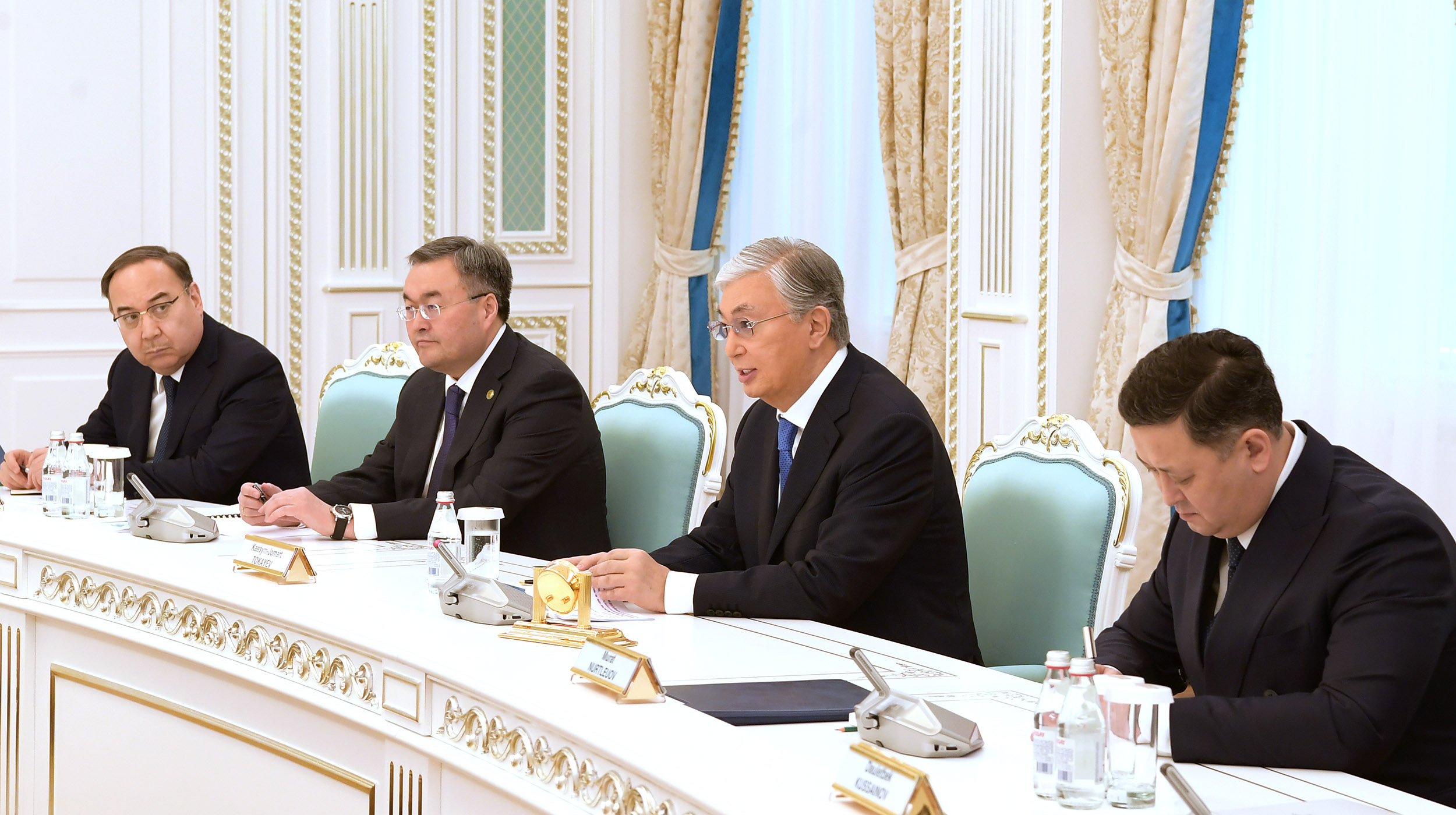 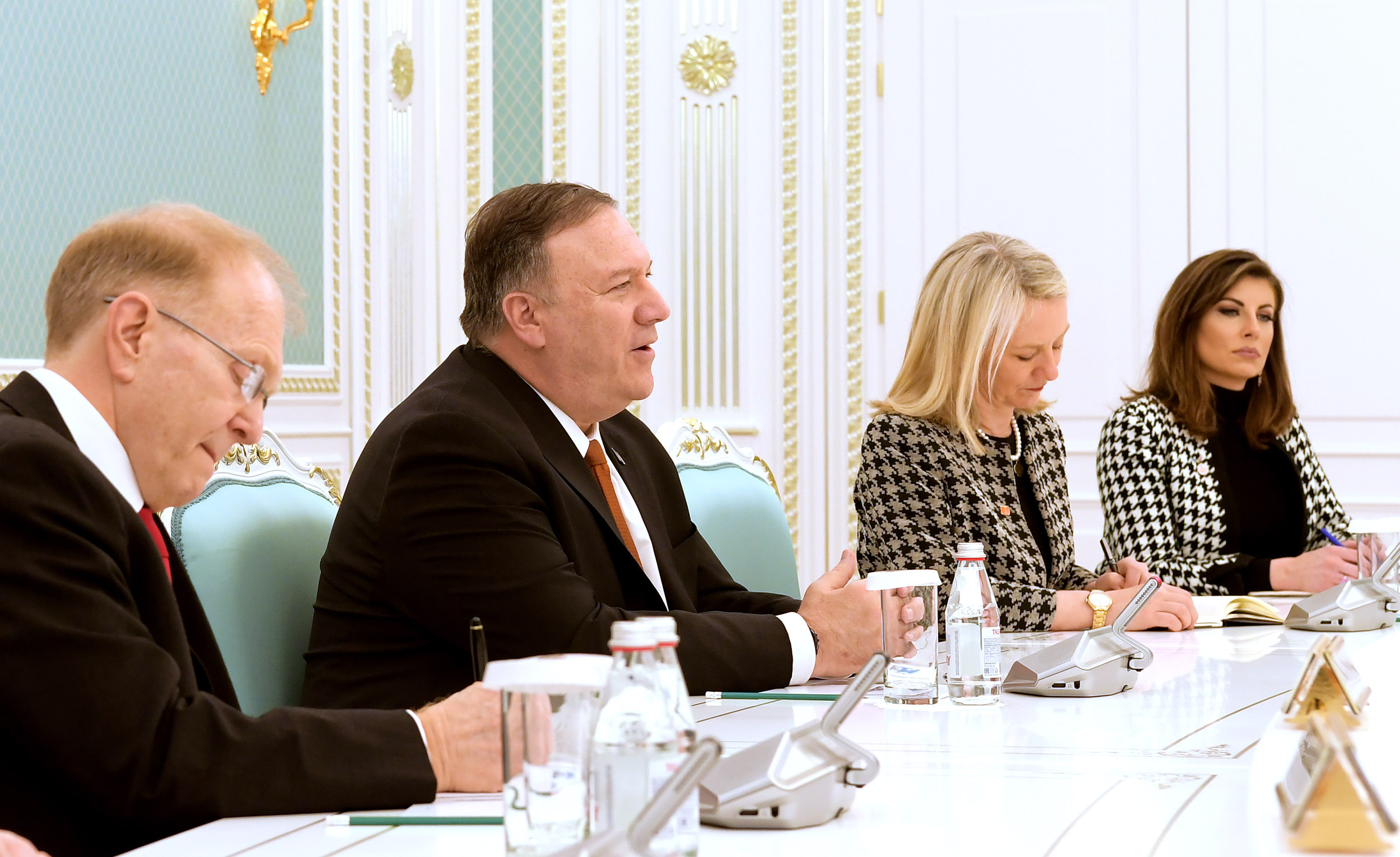