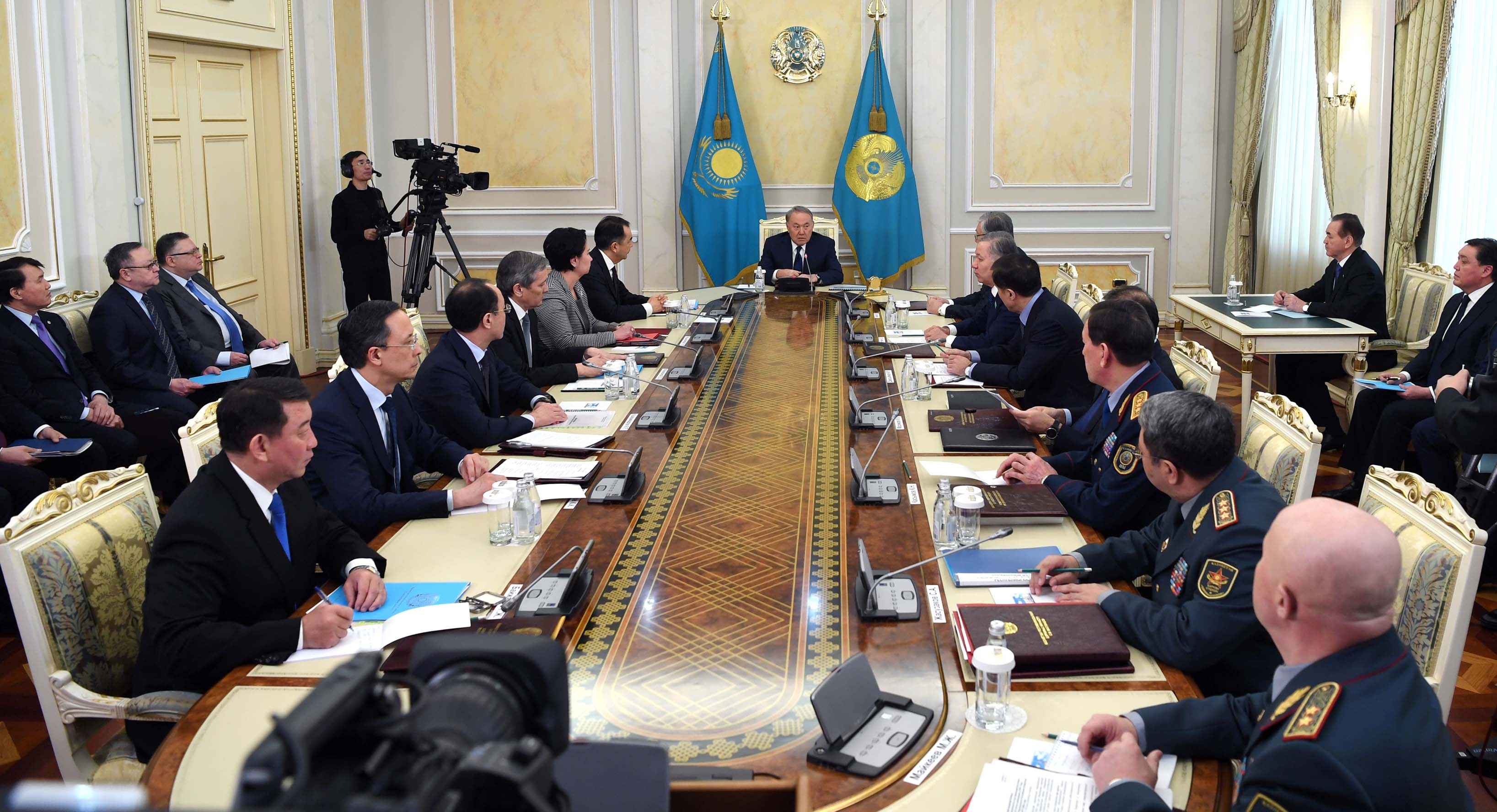 Meeting of the Security Council chaired by the Head of State

The Security Council meeting considered the issues of implementing the National Security Strategy for 2017-2020, as well as the socio-political and socio-economic situation in South Kazakhstan region.

The Head of State noted that the National Security Strategy adopted last year makes it possible to identify emerging threats and challenges and to take timely response measures.

- Last year we adopted a program document in the field of national security. National security should be provided not only in the field of defence or domestic policy, it must be ensured everywhere, including the economy, education of the younger generation and other spheres, the President of Kazakhstan said.

In addition, the matters of increasing the level of social and economic development of South Kazakhstan region, including creation of new jobs, improvement of infrastructure, restoration of emergency and construction of new schools, as well as opposition to religious extremism in the region have been deliberated about.

Following the meeting, the Head of State has given a number of specific instructions to the central state and local executive bodies.