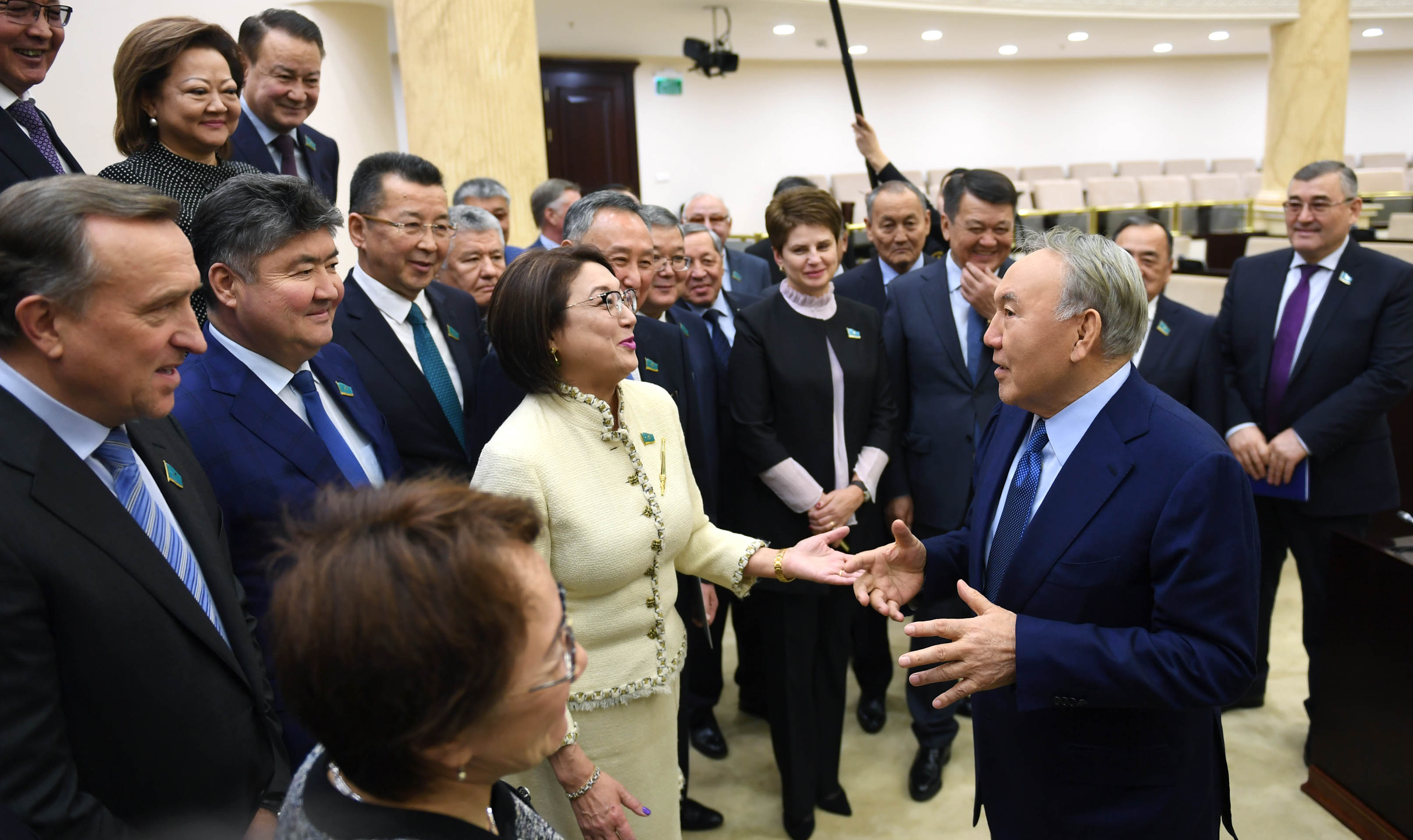 Participation in the Senate’s session

Speaking before the Senate deputies, the Head of State dwelled on the process of modernizing the procedural bases of law enforcement activities of the country and noted the need for personnel reshuffles in this system.

- Igor Rogov has reached the retirement age. In accordance with the law, he has been dismissed from his post. I would like to thank him for his fruitful and good work. Kairat Mami has been appointed as the Chairman of the Constitutional Council, the President of Kazakhstan said.

In this connection, Nursultan Nazarbayev proposed the dismissal of the Chairman of the Supreme Court Kairat Mami and presented the candidacy of Zhakip Assanov for this post.

- This choice is not accidental. We are entering the next stage of modernizing the judicial and law enforcement system, connected with the new law adoption. Therefore, the new head of the judiciary will have to ensure its effective and rapid implementation. As a result, Kazakhstan's justice should become more progressive and fair. I believe that the candidature of Zhakip Assanov fully meets the highest requirements, the Head of State said.

The President of Kazakhstan has brought into focus the personal qualities and professional skills of the proposed candidate for the post of the Chairman of the Supreme Court, and expressed his gratitude to Kairat Mami for his contribution to the national judicial system development.

In addition, Nursultan Nazarbayev nominated Kairat Kozhamzharov for the post of Prosecutor General for the Senate’s approval.

The Senate deputies via open balloting took appropriate decisions on the release of K. Miami from the post of the Chairman of the Supreme Court and the appointment of Zh. Assanov for this post, and agreed the candidacy of K. Kozhamzharov for the post of Prosecutor General.

In conclusion, the President of Kazakhstan once again focused on actualizing qualitative and timely reforms in the national judicial and law enforcement system.