The third meeting of the Supreme Council for Reforms under the chairmanship of the Head of State held in the “Akorda” Presidential Palace.

Having listened to the reports and comments of the Council members, the President outlined a specific vision for the implementation of each of the discussed documents.

The updated System of State Planning should build a more flexible architecture of program documents, increase the interconnectedness of strategic and budget planning, and clearly establish the direct responsibility of the heads of state bodies and organizations for the implementation of the tasks set.

In order to become one of the leading countries in the world, it is proposed to identify three key areas for further development of the country: the quality of institutions, the well-being of citizens, and a strong economy.

The main document defining the tasks for the medium term will be the National Development Plan of the country until 2025, which will reflect the vision for the development of the most important industries and guidelines for improving key policies.

National projects will be focused on solving key problems in a particular area of activity, sphere and industry. It should be as substantive as possible, aimed at obtaining a specific result in a certain period, and fully funded.

Currently, the work is underway on the elaboration of digitalization projects, the development of the agro-industrial complex, entrepreneurship, competition, environmental protection, and a number of others. These documents must be developed and approved no later than July 1 of the current year.

Kassym-Jomart Tokayev instructed to provide for the active involvement of competent experts in the discussion of industry issues, and a wide range of citizens in cases where the most important public interests are affected.

The draft National Development Plan of the Republic of Kazakhstan until 2025, submitted by the Government, consists of 12 strategic directions for the main blocks of development: institutional, economic and social.

The key results of the Development Plan should be reaching a growth trajectory of more than 5% by 2025, increasing the share of SMEs in GDP to 35%, the volume of investment in fixed assets – up to 30% of GDP, non-resource exports – by 2 times up to 41 billion tenge, labor productivity – by 45%.

In addition, measures to improve the standard and quality of life of Kazakhstanis will help to increase life expectancy to 75 years.

It is also planned to improve Kazakhstan’s position in international rankings in terms of student knowledge, digital competitiveness, and the rule of law index.

Commenting on this document, President Tokayev noted that the National Plan lays down key benchmarks and digital parameters for the country’s development, taking into account current global trends. In his opinion, the quality of its implementation will determine what our country would be like in the medium term. Therefore, an integral part of the National Plan should be a detailed map of strategic indicators i.e. assigning to each state agency and a large quasi-state organization a list of specific indicators that they should achieve over a specified period. The values of the indicators should not be separated from reality, but at the same time, you cannot put easily understandable and non-motivating indicators.

“In aggregate, all the indicators should reflect the achievement of our main goal – to increase the level of competitiveness and become one of the most developed countries in the world,” Kassym-Jomart Tokayev said.

Taking into account that many of the proposed reforms within the National Development Plan will require amendments to a number of legislative acts, including the Business, Budget and Tax Codes, the Head of State noted the need for constructive interaction between the Government and the Parliament.

“The MPs will have to provide all the necessary legislative framework for the successful implementation of the National Plan,” the President said.

Next, the draft Concept for the development of public Administration until 2030 was considered.

The Concept implementation will ensure the transition from an administrative and control orientation to a service model of interaction between the state and the population, in which the main values will be a human being and his well-being.

The document defines approaches to improving the professionalism of the state apparatus, its accountability to society, improving regulatory policy and the efficiency of public services, optimizing the quasi-public sector and developing local self-government, etc.

In general, the measures laid down in the Concept will contribute to the growth of the efficiency of the state apparatus and its openness, which will increase the degree of confidence in the institutions of public administration.

It is expected that the main provisions of the Concept will be implemented by the end of 2025, while most of the initiatives be implemented this year.

As far as the President Tokayev is concerned, the document meets the needs of society and contains relevant in-depth changes aimed at improving the quality of life of the population. The Government has been instructed to adopt a detailed Action Plan with the allocation of appropriate resources.

During the meeting, the draft Privatization Plan for 2021-2025 was also presented.

In accordance with earlier given the President’s instructions, a list of organizations that will be fully or partially transferred to a competitive private sector, has been expanded from 176 up to 736.

The privatized assets of 5 trillion tenge will reduce state presence in the economy to 14%. At the same time, the attraction of strategic investors will be ensured, and the access of SMEs to the services of privatized companies will be preserved and expanded.

Focusing on the prospects of reducing the state’s share in the economy, the Head of State recalled the experience of previous similar campaigns, when the privatization of a significant part of the objects was postponed to a later date or completely canceled.

“It is important to follow the plan clearly. A tough Government position is needed here. Privatization should not be allowed to lead to the emergence of private monopolies, and, as a result, to public discontent. It is necessary to ensure transparency and fairness of the privatization process,” Kassym-Jomart Tokayev believes.

The Head of State instructed the Government to develop a mechanism for public monitoring of the implementation of objects. At the same time, he stated the need to maximize the use of IPO tools, noting the priority of this mechanism in the issue of privatization.

“It is necessary to resume the “People’s IPO” program, selling shares primarily to individuals citizens of Kazakhstan. It is necessary that every citizen of our country has the opportunity to receive a part of the national wealth,” the President stressed.

The meeting participants also discussed a package of urgent measures developed by the President’s instructions.

These measures are aimed at ensuring high-quality and sustainable economic growth by simplifying the payment mechanism and reducing the tax burden on the payroll fund for micro and small businesses, reducing the VAT rate for new production companies by 70%, including microfinance organizations in the subsidy programs of the “Business Roadmap”, etc. After the legislative consolidation, these norms should come into force as early as July 1 of this year.

Speaking about holding of the national population census, Kassym-Jomart Tokayev noted that this large-scale campaign will provide the most important analytical data, including the real population, its age, gender composition, degree of urbanization, income level and other information necessary for making verified, informed management decisions.

Therefore, the President focused on the importance of filling the questionnaires with content in order to get the maximum impact. At the same time, he pointed out that it is unacceptable to overload citizens with a large number of questions and optimally approach the census by widely using digital technologies, which is especially important given the possible limitations amid the pandemic.

The Head of State instructed to create a special working group under the chairmanship of the First Deputy Prime Minister, which will deal with the main organizational and substantive issues of the preparation and holding the census.

The census is due to be conducted in October this year, and the Government should publish the final data by mid-2022. 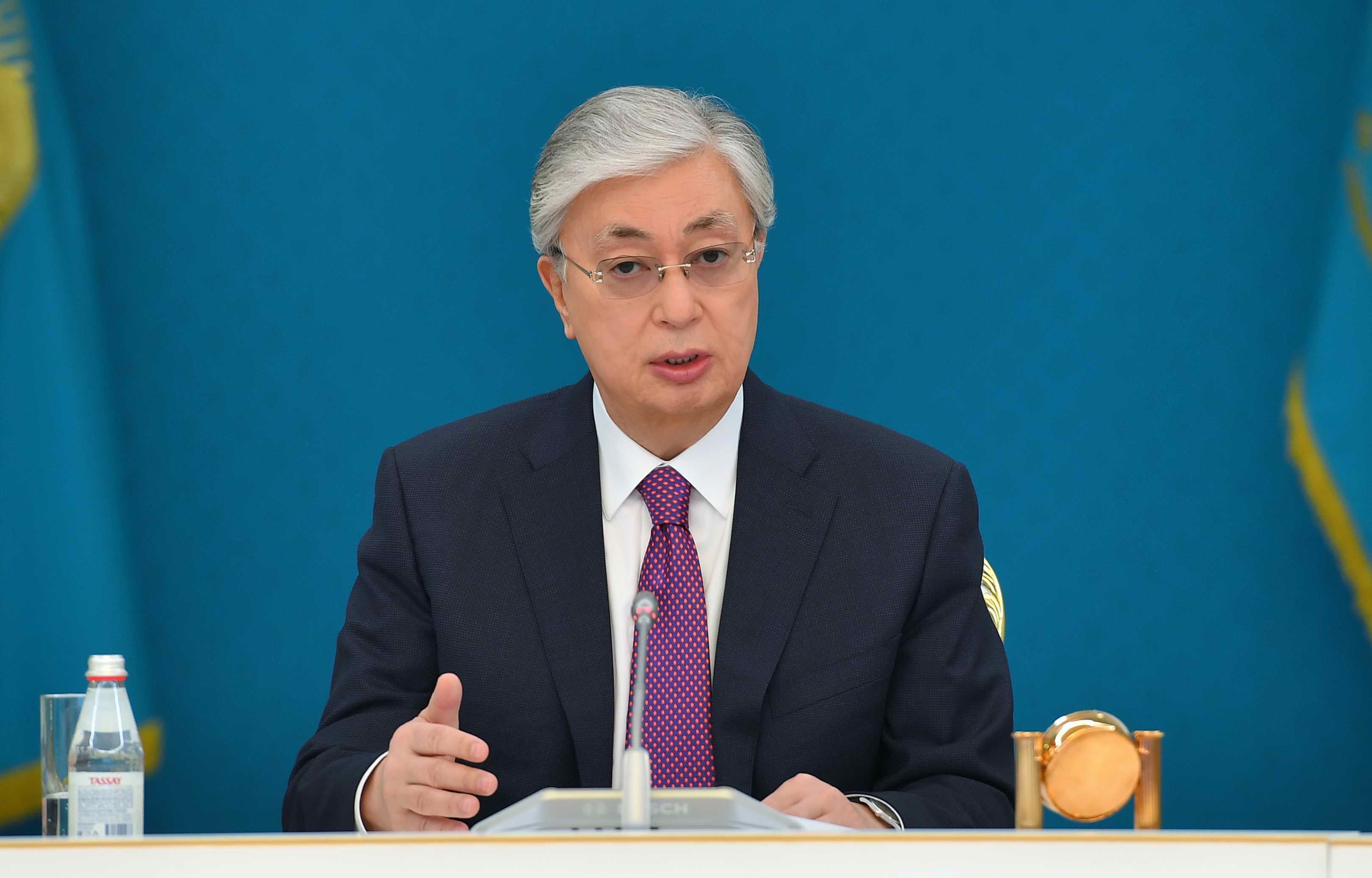 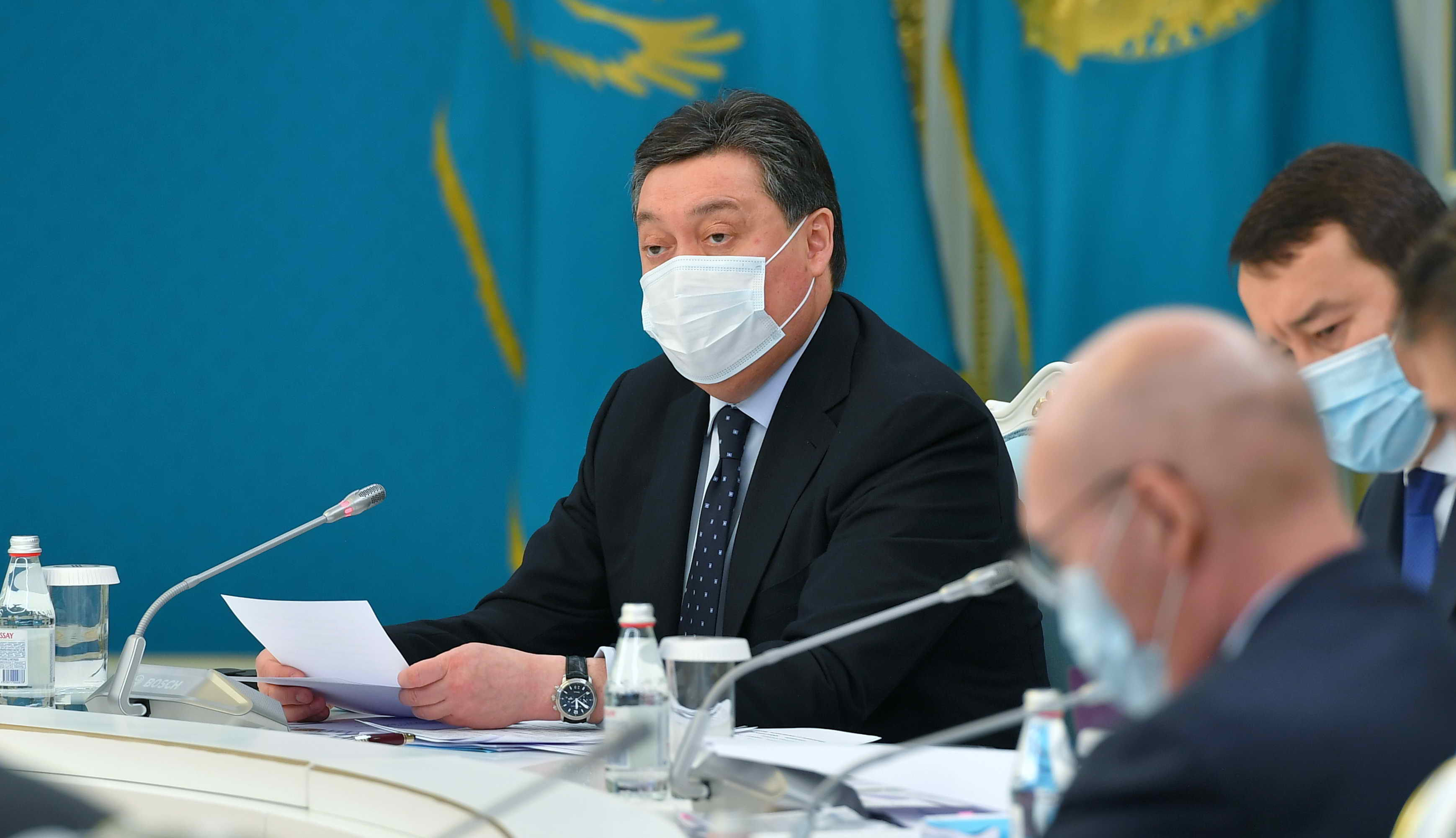 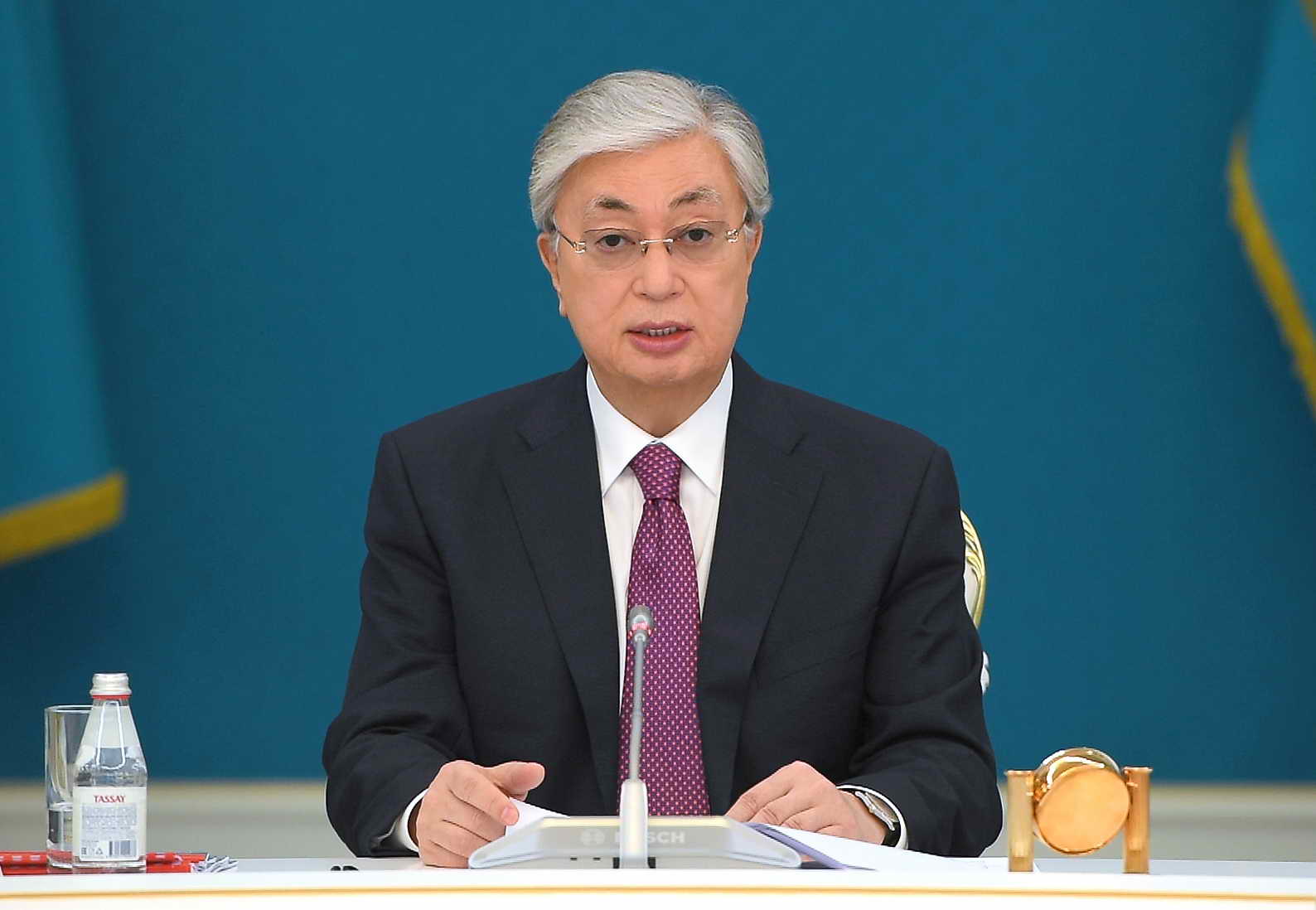 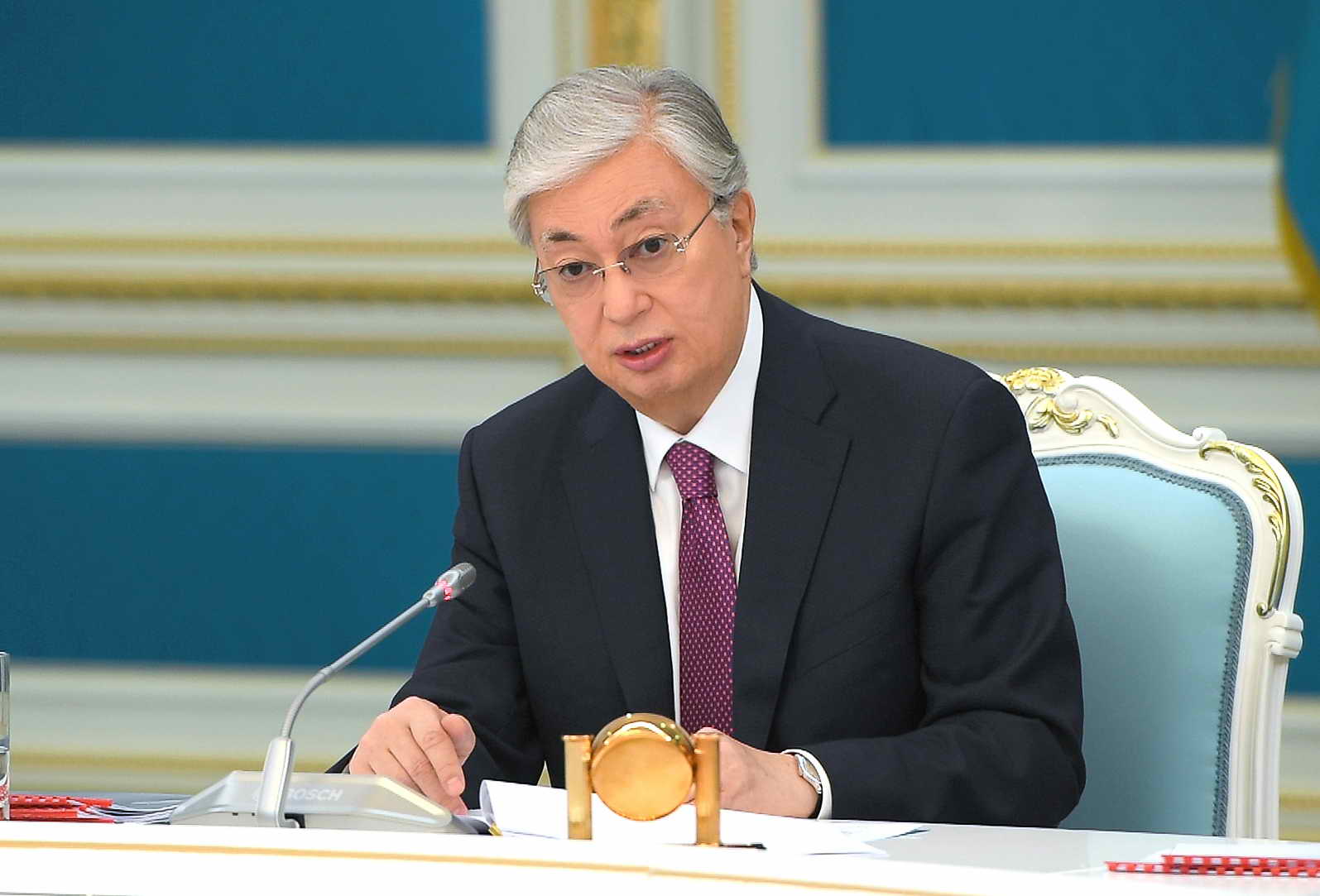 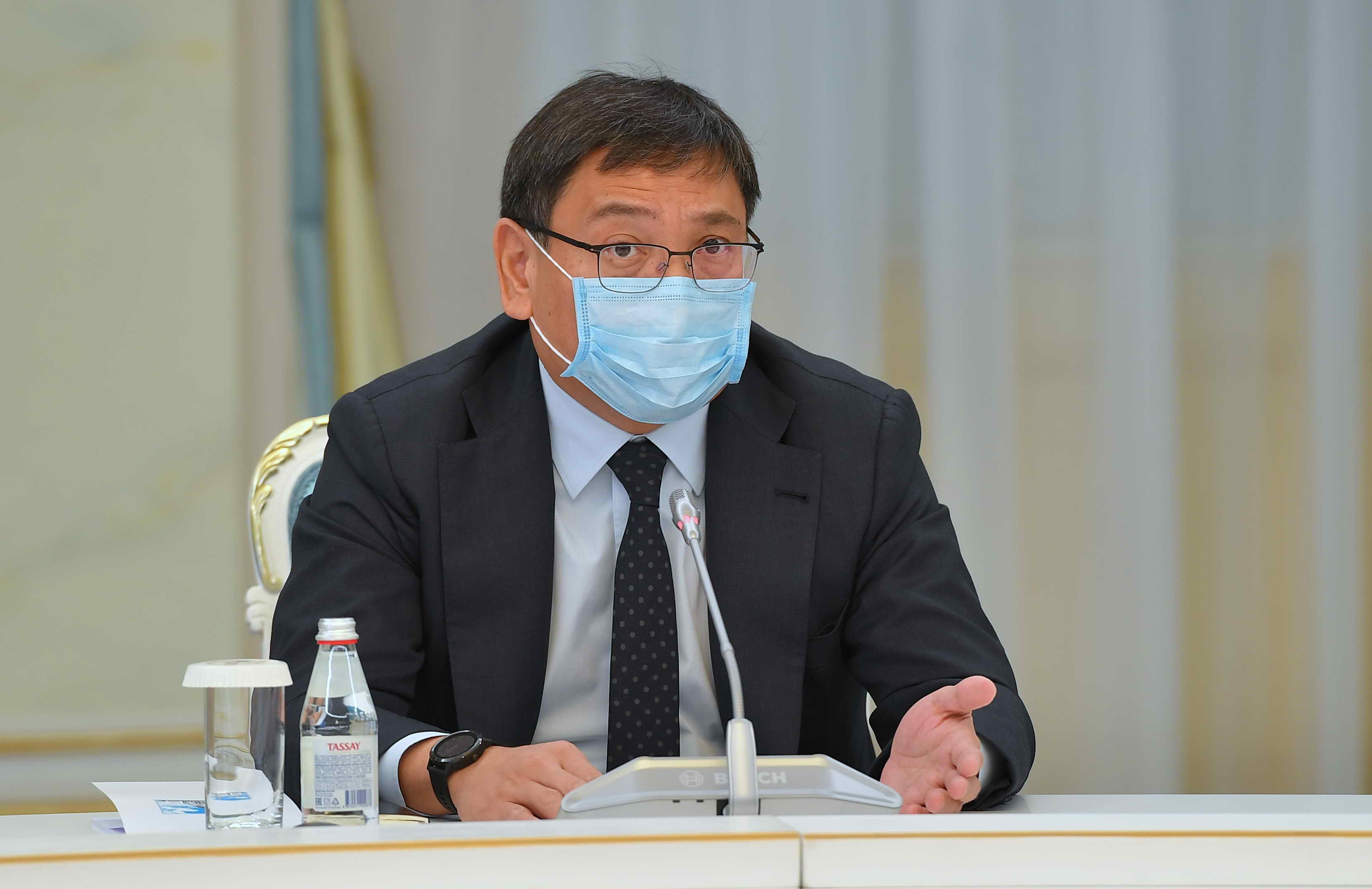 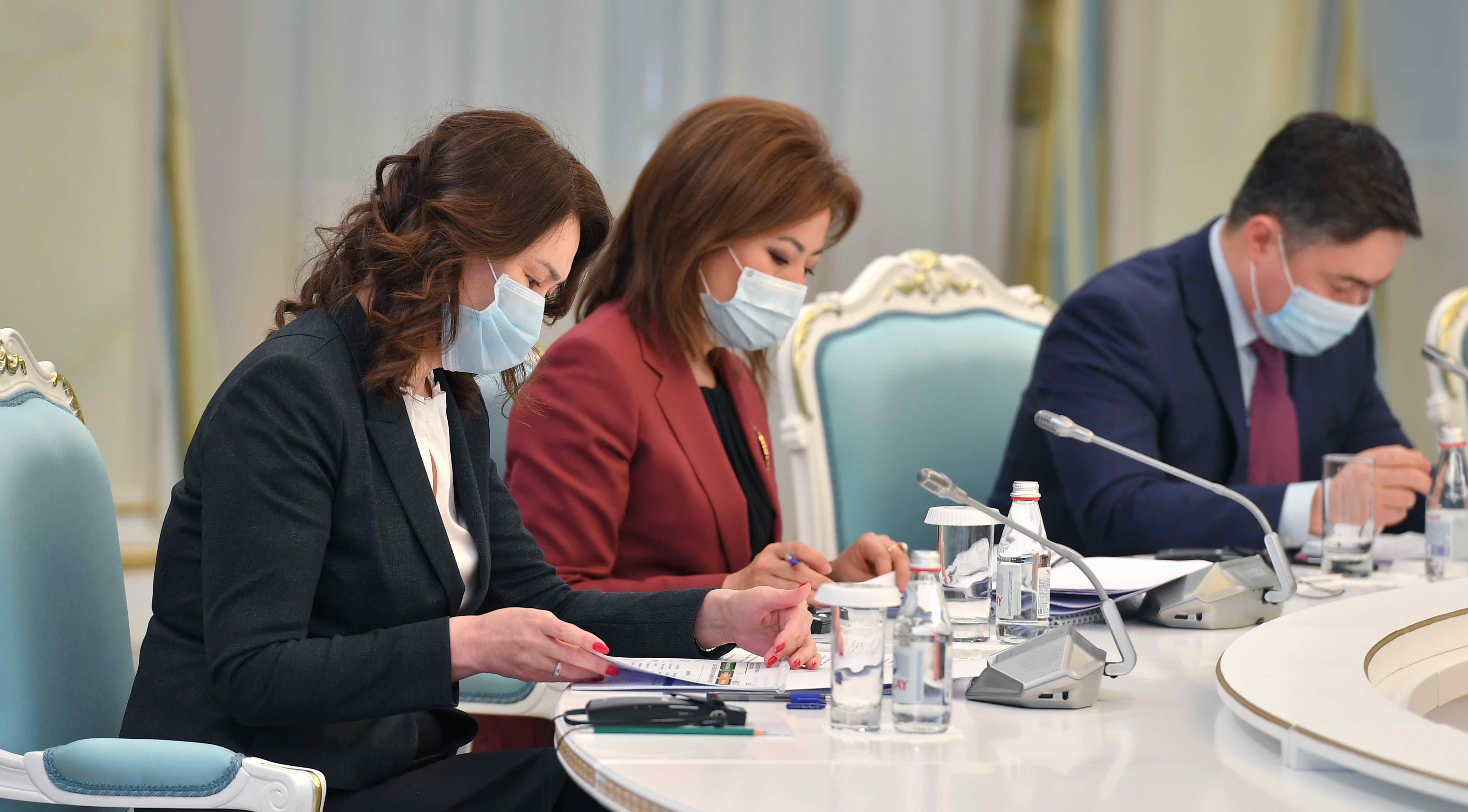