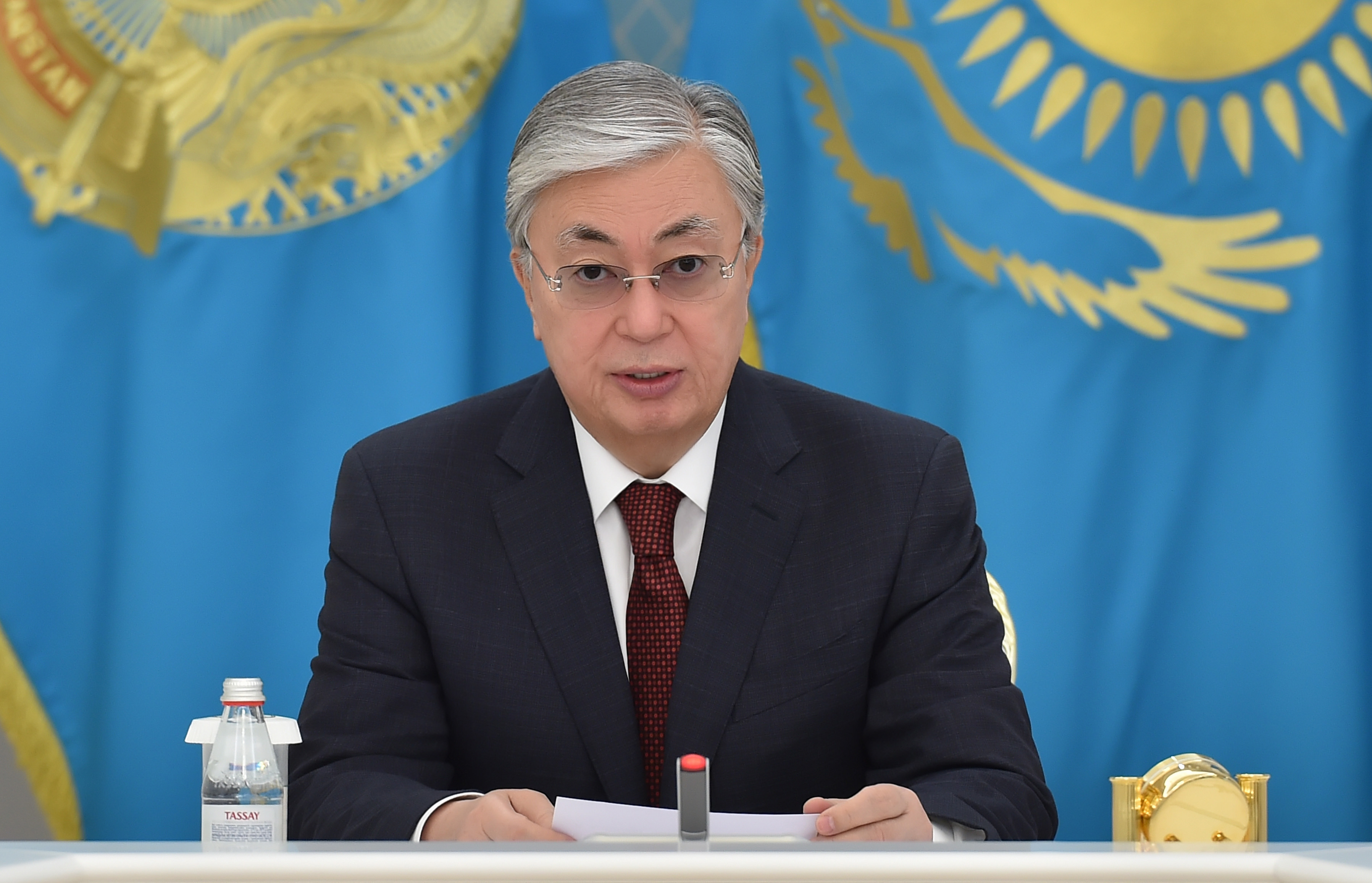 President Kassym-Jomart Tokayev held a meeting of the Operational Response Team, which was attended by the heads of the government and a number of state bodies.

The President stressed that the entire world is entering the hardest period of reformatting the global economy and the geopolitical situation. Kazakhstan faces the task of maintaining its economy in a sustainable development mode in a completely new reality.

Prime Minister Askar Mamin reported on the Government’s efforts to reduce the impact of negative external factors on the country’s economy.

According to President Tokayev, the measures taken to counter the spread of COVID-19, aimed at protecting the health of our citizens, are justified and timely. The President considers it necessary to take additional measures to ensure the medical safety of employees of enterprises and pre-school institutions.

Kassym-Jomart Tokayev instructed to work with employers to provide paid time off for one of the parents who are forced to stay at home with their children. The Government will have to take measures to support enterprises through fiscal mechanisms.

The Head of State demanded to promptly resolve the issue of supplying medicines to medical institutions and citizens, and check the readiness of medical facilities.

The ban on the departure of civil servants and other officials on foreign business trips is introduced with the exception of trips aimed at ensuring the security of the country and citizens.

The President instructed to revise the outlook of social and economic development of the country and budget expenditures in a short time.

As far as President Tokayev is concerned, it is necessary to reorient budget expenditure items to maintain employment, support small and medium-sized businesses.

The Government has been instructed to switch to a system of direct and transparent procurement of goods, works and services without intermediaries, primarily from domestic producers.

The Government jointly with major domestic enterprises shall develop targeted anti-crisis plans to maintain and expand production and preserve jobs.

The Head of State instructed to allocate at least 300 billion tenge for the implementation of the employment Roadmap, which is aimed at the repair of infrastructure and social facilities, local roads using local goods and labor.

The Agency for Regulation and Development of the Financial Market together with the National Bank instructed to take measures to prevent a decrease in lending to Kazakh businesses.

Regional akims should actively work to control prices for food and services.

The President also called on government agencies to pay special attention to awareness-raising, including in social networks in order to prevent panic and rumors that generate a high demand for certain products.

As President Tokayev stressed, commodity stocks fully cover the needs of Kazakhstan’s population for all consumer products, and there is no threat of a shortage.