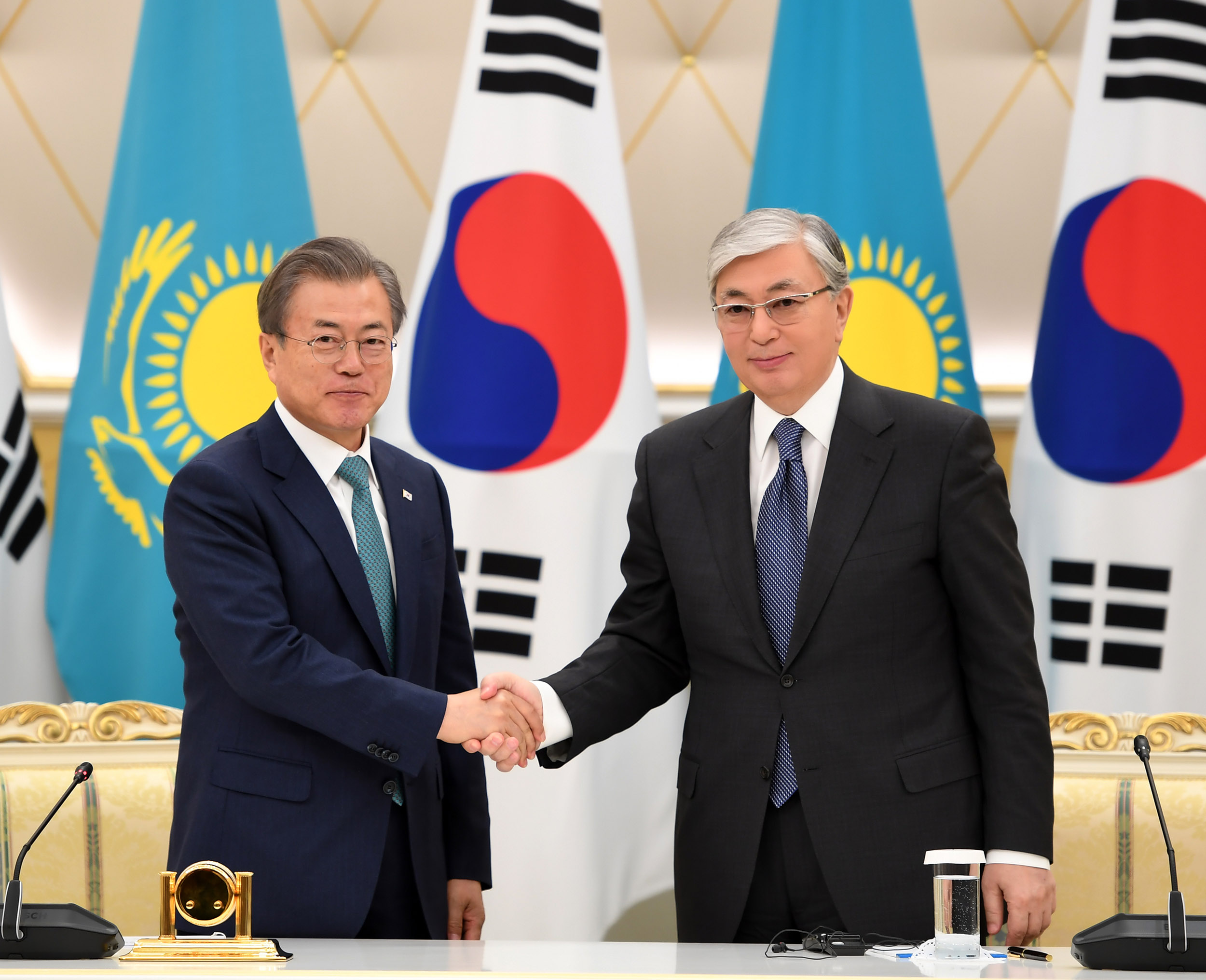 Speaking to reporters, President Kassym-Jomart Tokayev has emphasized that Kazakhstan is honored to receive the South Korean delegation led by President Moon Jae-in on the hospitable Kazakh land, noting the symbolism of the state visit held on the tenth anniversary of the strategic partnership between the two nations.

The Head of State noted the high level of dialogue on a wide range of issues at the regional and global levels, indicating that the Republic of Korea is the second largest trade and economic partner of our country in the entire Asian area.

Stressing the leading role of Kazakhstan in the global anti-nuclear movement, Kassym-Jomart Tokayev expressed support for Seoul’s efforts to denuclearize the Korean Peninsula. In his opinion, this issue is extremely important from the point of view of ensuring security, stability and sustainable development throughout the world.

- In our capital city, we are closely following the development of the inter-Korean dialogue. We highly appreciate the efforts of South Korean leader Moon Jae-in aimed at achieving lasting peace and resuming negotiations between the parties concerned in this fateful process, the President of Kazakhstan said.

The Head of State told reporters that during the talks topical issues of bilateral cooperation and the international and regional agenda had been discussed with his South Korean counterpart.

Kassym-Jomart Tokayev separately focused on the issues of international cooperation between the two countries.

- Kazakhstan and South Korea work closely together within the framework of the United Nations, the World Trade Organization, the Central Asia - Republic of Korea Forum and other structures. After today's visit, the scope and content of our partnership will certainly be expanded, the President of Kazakhstan said.

The Head of State stressed the importance of strengthening trade and economic ties and noted that the main priorities of this work were reflected in the New Economic Program of Kazakhstan and the Republic of Korea signed the Fresh Wind Program.

- Our countries are already actualizing large projects in various sectors, including engineering, road and infrastructure construction, agriculture, the financial sector, healthcare, information and communication technologies. It is gratifying that Korean business has a growing interest in stepping up cooperation. Today, over 500 joint ventures are actively working in Kazakhstan, and I think their number will keep on growing, Kassym-Jomart Tokayev said.

During the briefing, the President of Kazakhstan once again confirmed our country's interest in introducing Korean innovative technologies and spoke about the agreement to intensify the work of the Intergovernmental Commission on trade, economic and scientific and technological cooperation and the opening of Kazakh-South Korean International IT Centre in Nur-Sultan.

In addition, the Head of State paid special attention to the issues of deepening cooperation in transport and infrastructure construction, noting the proximity of the strategic priorities of Nurly Zhol infrastructure development program and New North Policy program of South Korea.

- We have reached understanding on the need to develop transit transport routes with the simultaneous implementation of joint infrastructure projects. Understanding has been reached on the active use by the Korean side of the capabilities of the existing Kazakhstani terminal in the port of Lianyungang on the Pacific Coast of China, Kassym-Jomart Tokayev said.

The President of Kazakhstan stressed the importance of the interaction of banks and financial institutions of the two countries in stimulating the possibilities of small and medium businesses for actualizing investment projects. He also called on South Korean businesspeople to use the site of Astana International Financial Centre to enter the Central Asian market.

Kassym-Jomart Tokayev said that during the negotiations the parties reached agreement on a wide range of issues related to education and health, solving the Aral Sea problem and improving the situation in the zone of ecological disaster, as well as parliamentary diplomacy.

In conclusion, the President of Kazakhstan thanked the South Korean delegation and personally President Moon Jae-in for the substantive negotiations and expressed confidence that the visit would give a powerful impetus to the further development of fruitful cooperation between Kazakhstan and South Korea in the spirit of friendship, mutual trust and partnership.

Following the state visit, the following documents were adopted and signed: 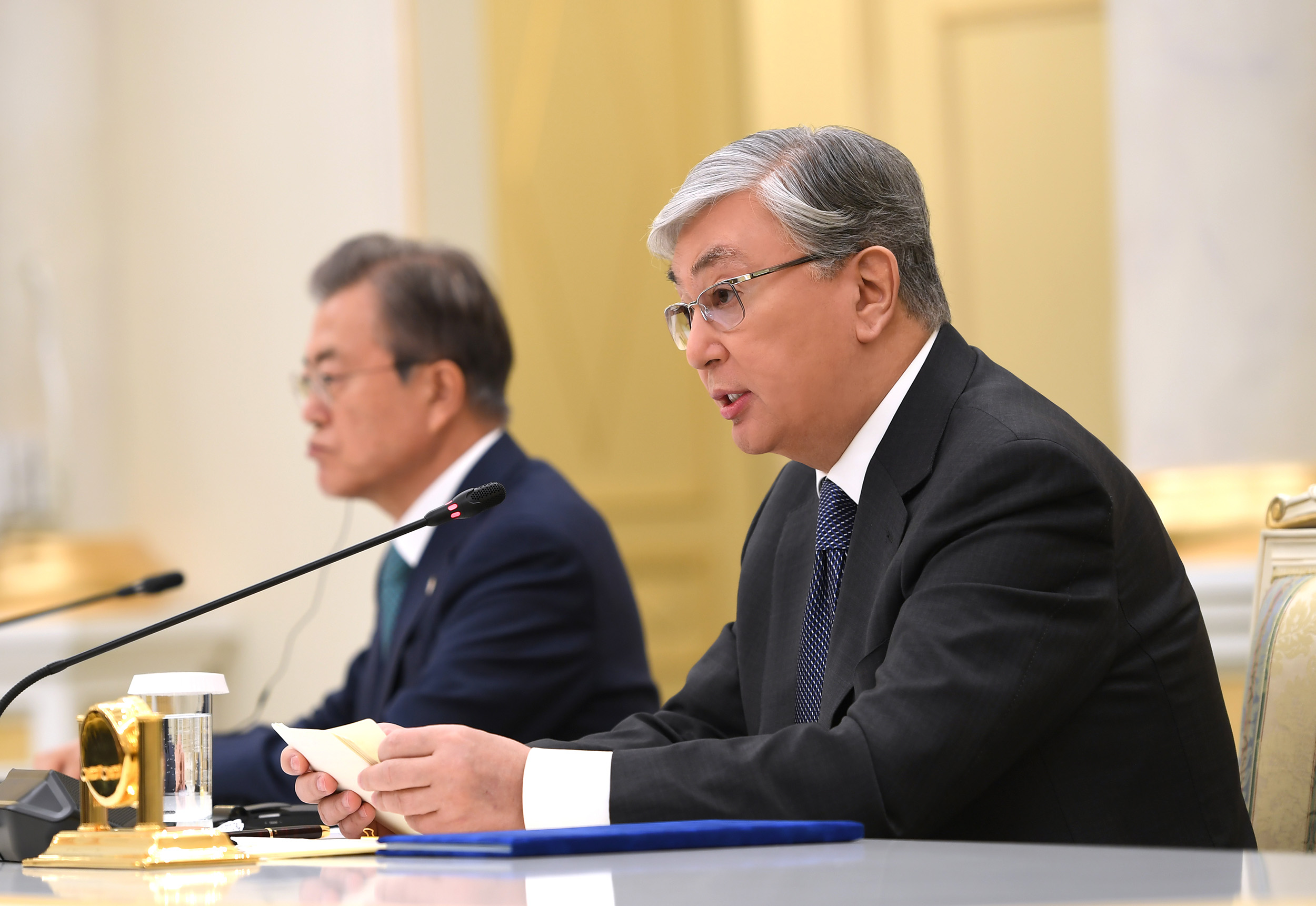 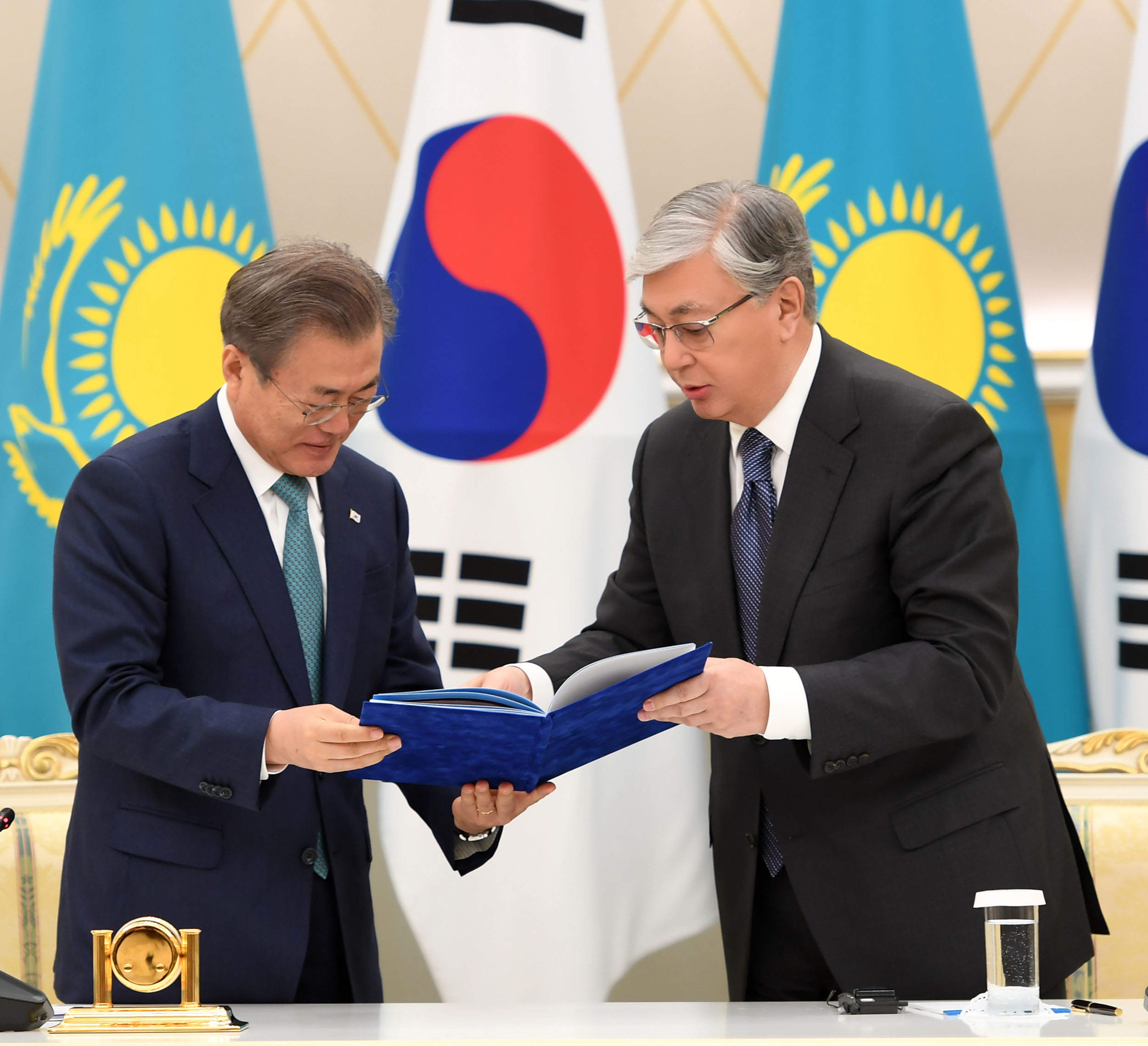 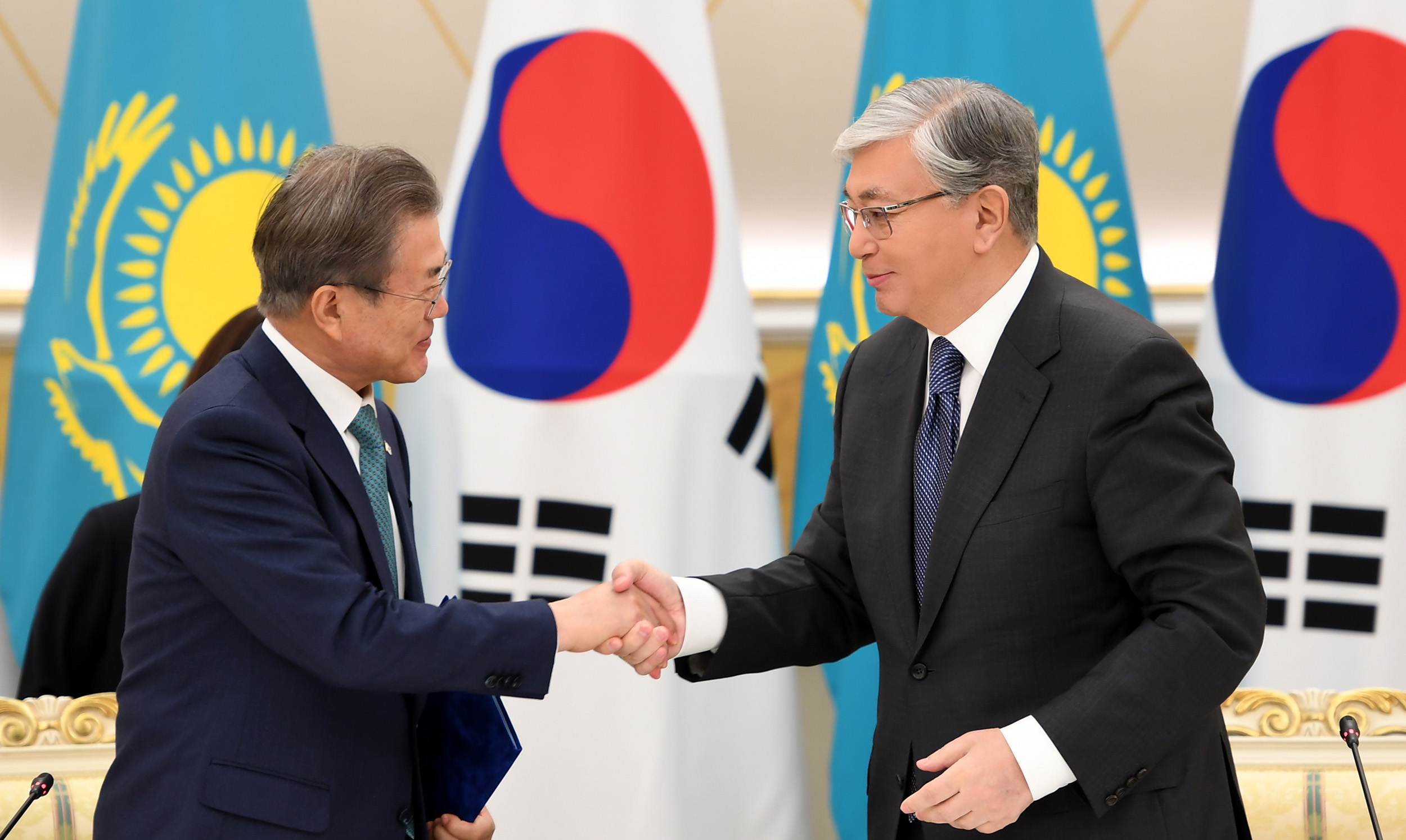