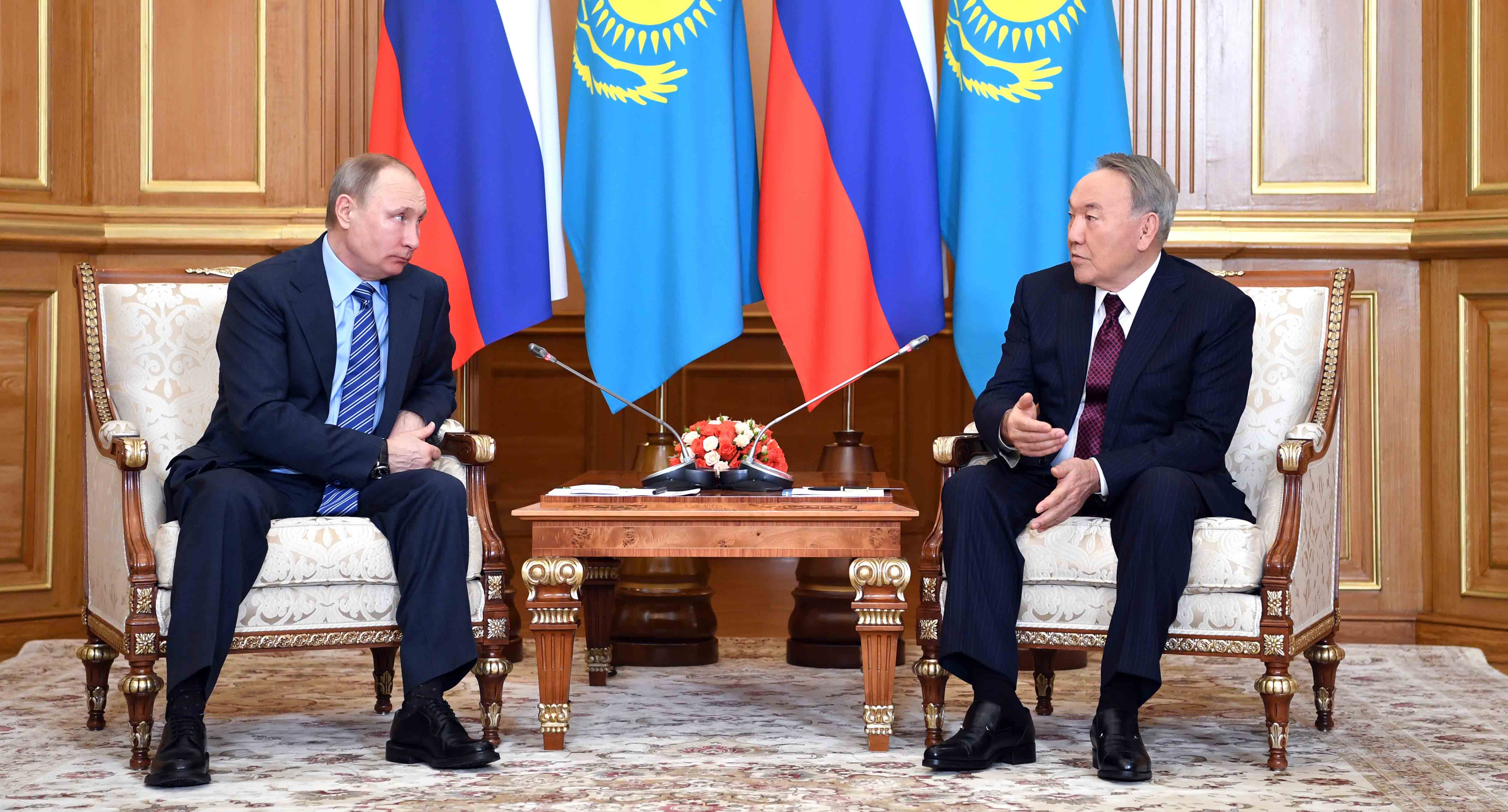 During the meeting the Presidents of Kazakhstan and Russia have deliberated the matters of bilateral cooperation and brought up the key issues of the international agenda.

The Head of State stressed the special nature of relations between Kazakhstan and Russia, noting the high degree of trust and understanding between the two countries.

- This year marks 25 years since diplomatic relations’ establishment between us. Thanks to the close cooperation we have established the Eurasian Economic Union. I think this is important, and at the same time it is the promising formation for all of its participants. Today, more than 7000 Russian companies are presented in our country, and they contribute to the creation of a new processing industry. Your visit to Kazakhstan last autumn and the meeting in St. Petersburg in the framework of the EAEC have allowed to sign 41 contracts worth 3 billion US dollars, President of Kazakhstan said.

Nursultan Nazarbayev noted that Kazakhstan and Russia keep to one position on the international agenda and in the UN Security Council they will be fully committed to achieving common objectives.

- Russia is implementing measures in dealing with the topical international issues, including the Syrian conflict settlement. It was Russia to propose holding several rounds of talks in Astana. The process has started. In general, a series of meetings throughout the year shall be organized to address these and other issues, in the framework of the Shanghai Cooperation Organization on June 8 in Astana as well. All current issues are settled with a friendly spirit. Let us move forward, creating joint ventures, the Head of State concluded.

In turn, Vladimir Putin thanked the President of Kazakhstan for organizing the Astana talks to resolve the conflict in Syria.

- I know that Kazakhstan has played a positive role in this process not only as an organizer. You have personally been the party to the organization of meetings, working with their participants and delegates. Thanks to you are the results, which have never been achieved before. Namely, the established mechanism of control over the ceasefire, and it's the most important thing. This is the foundation for further negotiations in Geneva, the President of Russia said to the Head of our State.

Vladimir Putin noted Kazakhstan’s significance as one of the key economic partners of Russia, stressing the need to increase the volume and output of cooperation on sustainable growth by means of the established conditions in the course of the integration process.

The President of Russia expressed hope for Kazakhstan’s support as a non-permanent member of the UN Security Council in dealing with global issues.

At the end of the meeting the sides discussed further aspects of the Eurasian integration and the cooperation prospects in the economic sphere.