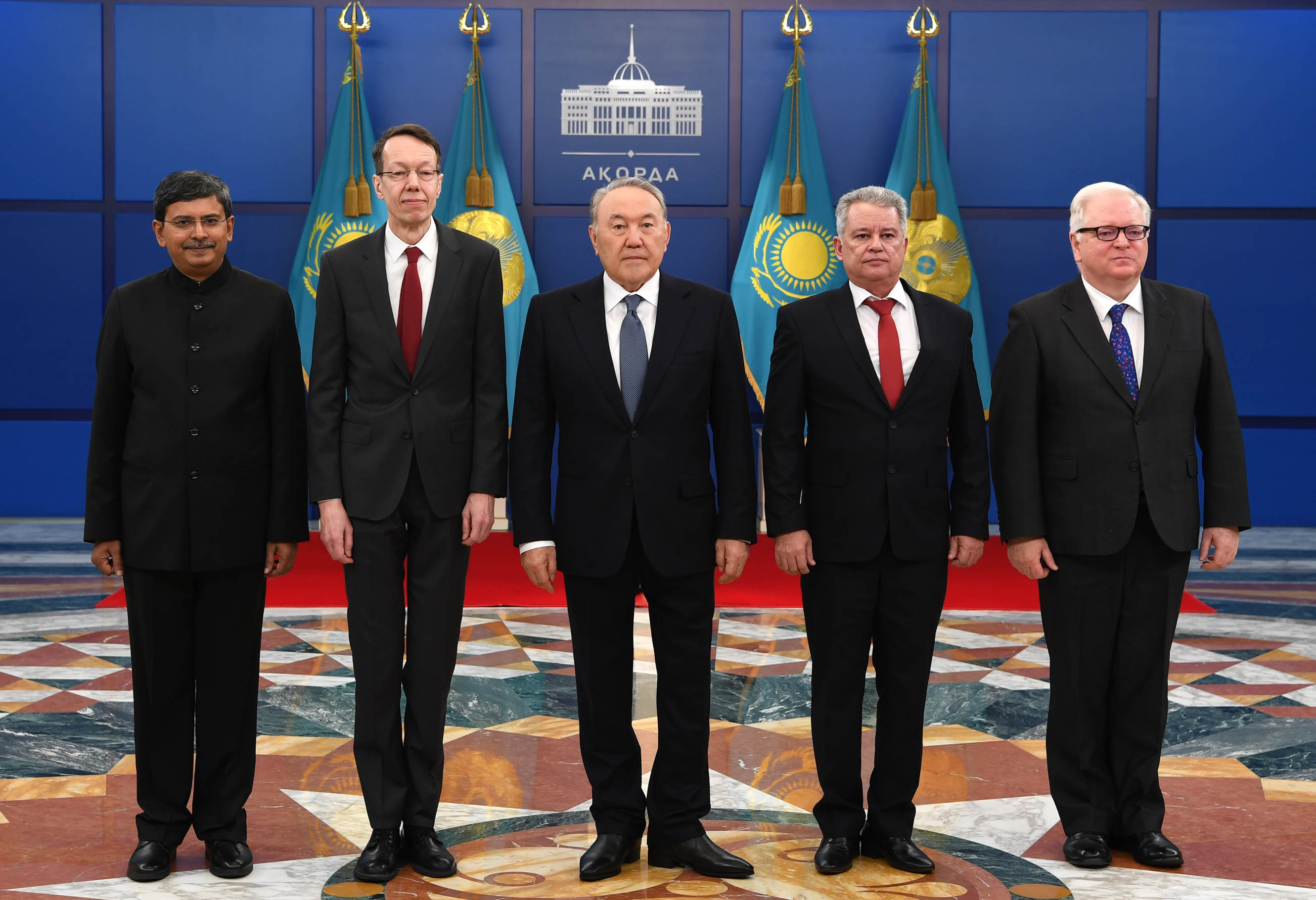 Participation in the ceremony of accepting credentials

During the ceremony, the Extraordinary and Plenipotentiary Ambassadors of the Kingdom of Sweden - Mats Olof Foyer, the Republic of Cuba - Emilio Pevida Pupo,, the Republic of India - Prabhat Kumar, and the United Kingdom of Great Britain and Northern Ireland - Michael John Gifford, presented the credentials to the President of Kazakhstan.

The Head of State congratulated the ceremony participants with the official start of diplomatic activity in Kazakhstan and expressed confidence that their responsible and honourable mission  contributes to the all-round development of cooperation between the countries.

- Your work begins in an interesting and responsible period. The technological revolution generates new challenges, but it gives a chance to any country to make a leap in its development. That is why I delivered the Address to the Nation of Kazakhstan  themed "New Development Opportunities under  the Fourth Industrial Revolution," Nursultan Nazarbayev said.

The President of Kazakhstan noted the importance of using modern technologies as a necessary condition for accelerated entry of Kazakhstan into the list of thirty developed countries of the world.

- In the Address, I have put ten specific tasks on the main directions of the economic development, social sphere, as well as public administration, the Head of State said.

Noting the proactive position of Kazakhstan in the international arena, Nursultan Nazarbayev has focused on the results of a number of events that took place in Astana in 2017. Among them are the international specialized exhibition EXPO-2017, Summits of the Shanghai Cooperation Organization and the Organization of Islamic Cooperation, which had not only the image but the positive economic effect as well.

-The positive outcome of the meetings as part of Astana process as a new mechanism for an inter-Syrian settlement showed the correctness of our country's choice as an independent and neutral negotiating platform, recognized by the entire world community, the President of Kazakhstan said.

The Kazakh leader dwelled in detail on the agenda of Kazakhstan's chairmanship in the UN Security Council and noted the importance of active efforts to reach a compromise and build consensus among all members of this global institution.

-We intend to continue consolidating the efforts of the world community to rid the planet of nuclear weapons through the consistent strengthening and expansion of the non-proliferation regime, as well as to create conditions for preventing and completely eliminating the threat of a global war, Nursultan Nazarbayev said.

Addressing the Ambassador Extraordinary and Plenipotentiary of the Kingdom of Great Britain and Northern Ireland, the President of Kazakhstan stressed that the main axis of cooperation of Kazakhstan with foreign partners is economic direction.

- Cooperation between our countries has been built on a solid basis of mutual respect and trust. Today, the United Kingdom is one of the largest investors and trading partners of Kazakhstan, the Head of State said.

Nursultan Nazarbayev, attaching special importance to the development of cooperation with Sweden, noted that the main event of the previous year in the bilateral format was the visit of the Riksdag Speaker Urban Alin to Kazakhstan.

The Head of State congratulated Prabhat Kumar on India's accession to the SCO as a full member and stressed that Kazakhstan regards the Republic of India as an important foreign and trade partner.

-I am confident that your country will give new dynamism and depth to the Shanghai Cooperation Organization’s activity, Nursultan Nazarbayev said.

The President of Kazakhstan emphasized the significant stepping-up of Kazakh-Cuban relations and noted the need to continue the purposeful work on building up trade, economic and political cooperation between Kazakhstan and Cuba.

At the end of the ceremony, the Head of State once again congratulated the diplomats and wished them success in the forthcoming work. 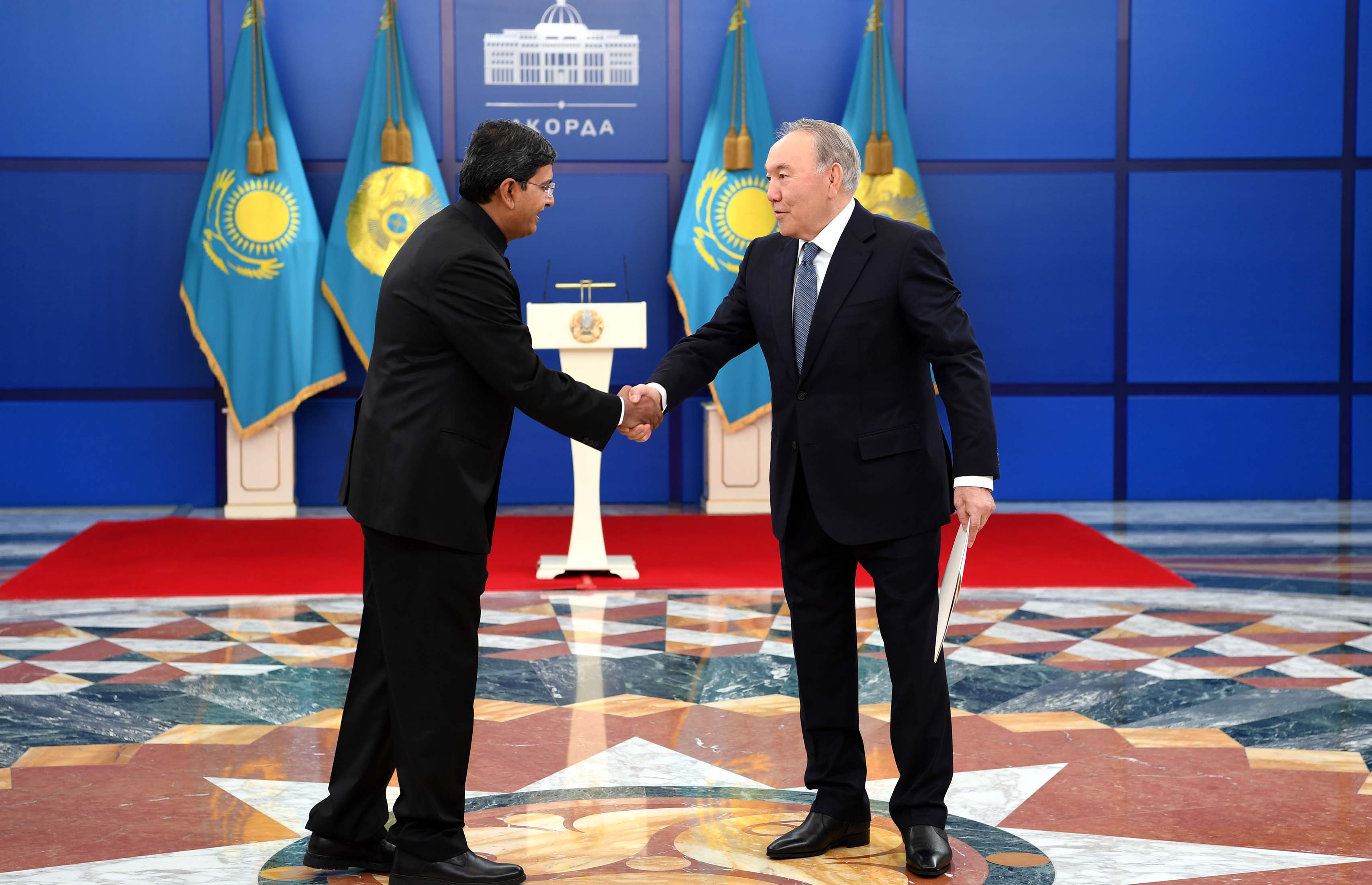 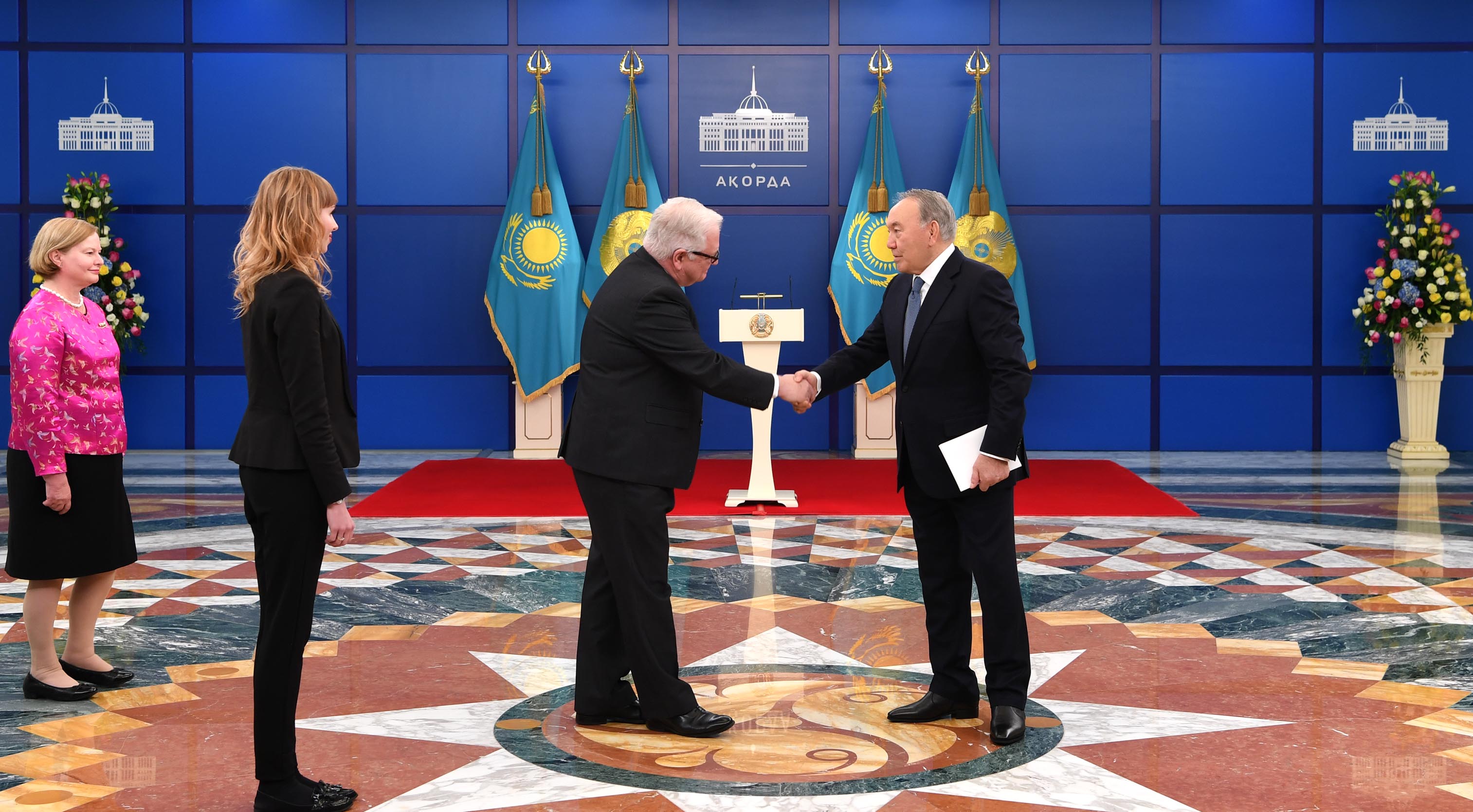