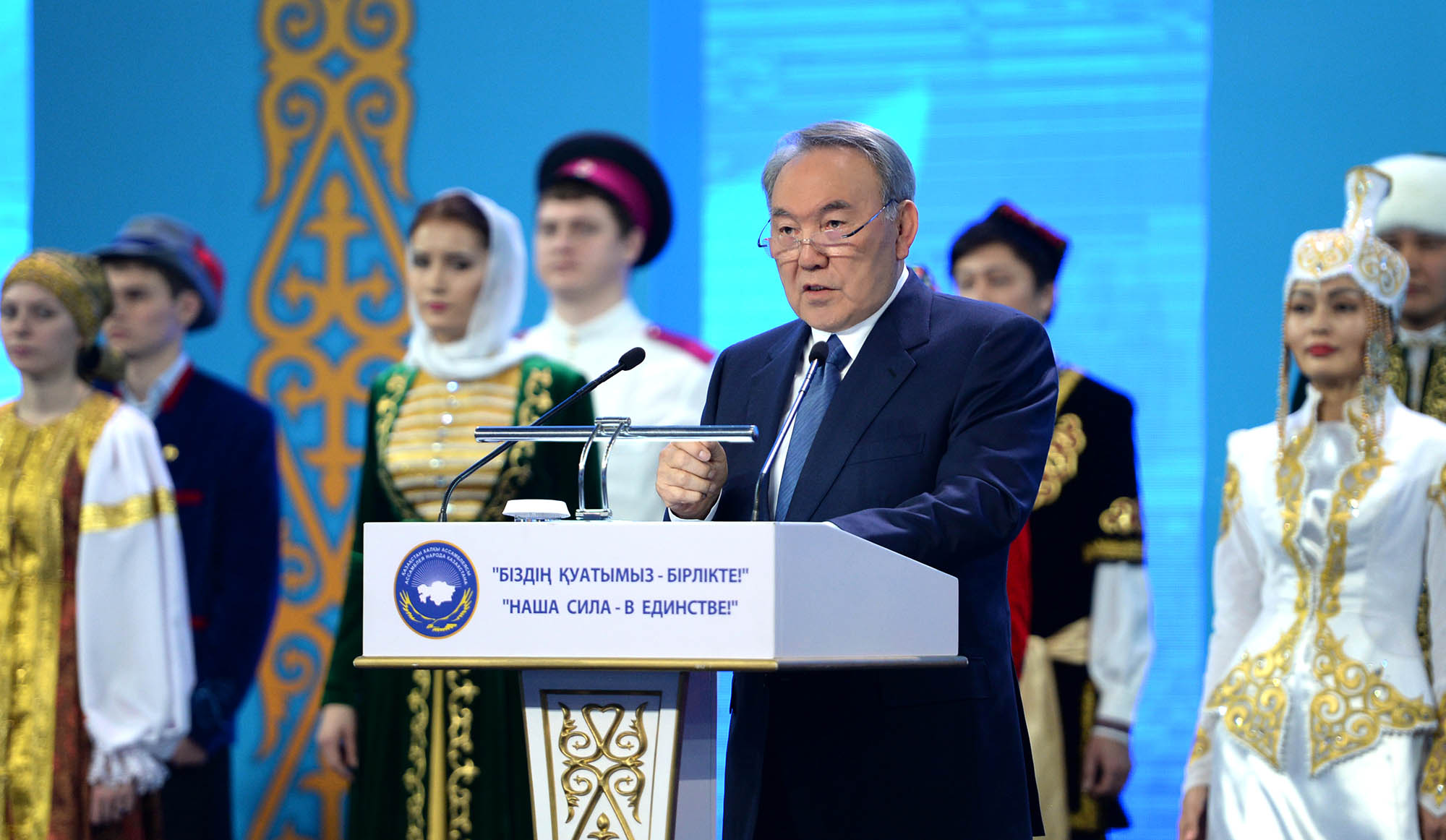 Nearly 3,000 people attended the event, among whom were representatives of the Assembly of the People of Kazakhstan, members of national and regional ethnic and cultural associations, as well as scientific and creative intelligentsia.

Addressing the forum participants, Nursultan Nazarbayev noted that today 962 ethnic and cultural associations are functioning across the country.

All of this proves that Kazakhstan is home to all of its citizens. Many people experienced hard times in the 20th century, including migrants and forcibly deported, but they found shelter in Kazakhstan. The celebration of the 20th anniversary of the Assembly last year symbolized that the people of Kazakhstan create the future of our country and our children. Living together in peace, we enrich each other and make each other wiser. Our people can be proud of the unique policy of peace and harmony, ability to live as friendly neighbours and strive for further stability and peace,” he said.

The President stressed the country ensures equitable development of all cultures and languages, along with the revival of historical traditions and customs.

The Assembly of the People of Kazakhstan plays great role here. Over the years, it has brought together the country’s various ethnic groups, demonstrated the best that each culture has. The traditions of various ethnic groups are different, but have the same meaning. National holidays, although having different names, share much in common. We are pleased to participate in festivals of all ethnic groups, because the Kazakhs were able to create a special spirit of unity, peace and kindness,” he added.

The President noted representatives of more than 100 ethnic groups and 17 confessions peacefully coexist in Kazakhstan.

They study their native languages and history, honor national traditions and customs. Our newspapers and magazines are published in 15 languages, while theatres function in 7 languages. The Assembly has its representations in all regions of the country. Peace and harmony of Kazakhstan is a strong social power. And we have proved that the multinational society is the strategic advantage of the country. At the same time it is important that the Assembly has started to pay more attention to working with young people,” he said.

Nursultan Nazarbayev emphasized that the city of Uralsk is a pearl of Kazakhstan.

West Kazakhstan region has always played significant role in our economy as a link between Europe and Asia. The region has enormous transit potential, which we will further develop. I can see that here, just like in other regions of Kazakhstan, anti-crisis activities are underway. Against the backdrop of global financial crisis the region produces 24 out of ​​33 types of socially important goods. At the same time 32 projects are implemented within the framework of the first five-year plan of industrialization that helped to create 2,000 jobs. More than 40 projects will be implemented in line with the Nurly Zhol programme, which will also create over 2,000 jobs,” he stressed.

Nursultan Nazarbayev stressed that measures taken by the government are aimed at improving the well-being of ordinary people.

Among the keynote speakers of the forum were members of the Assembly of the People of Kazakhstan, and heads of ethnic and cultural associations. 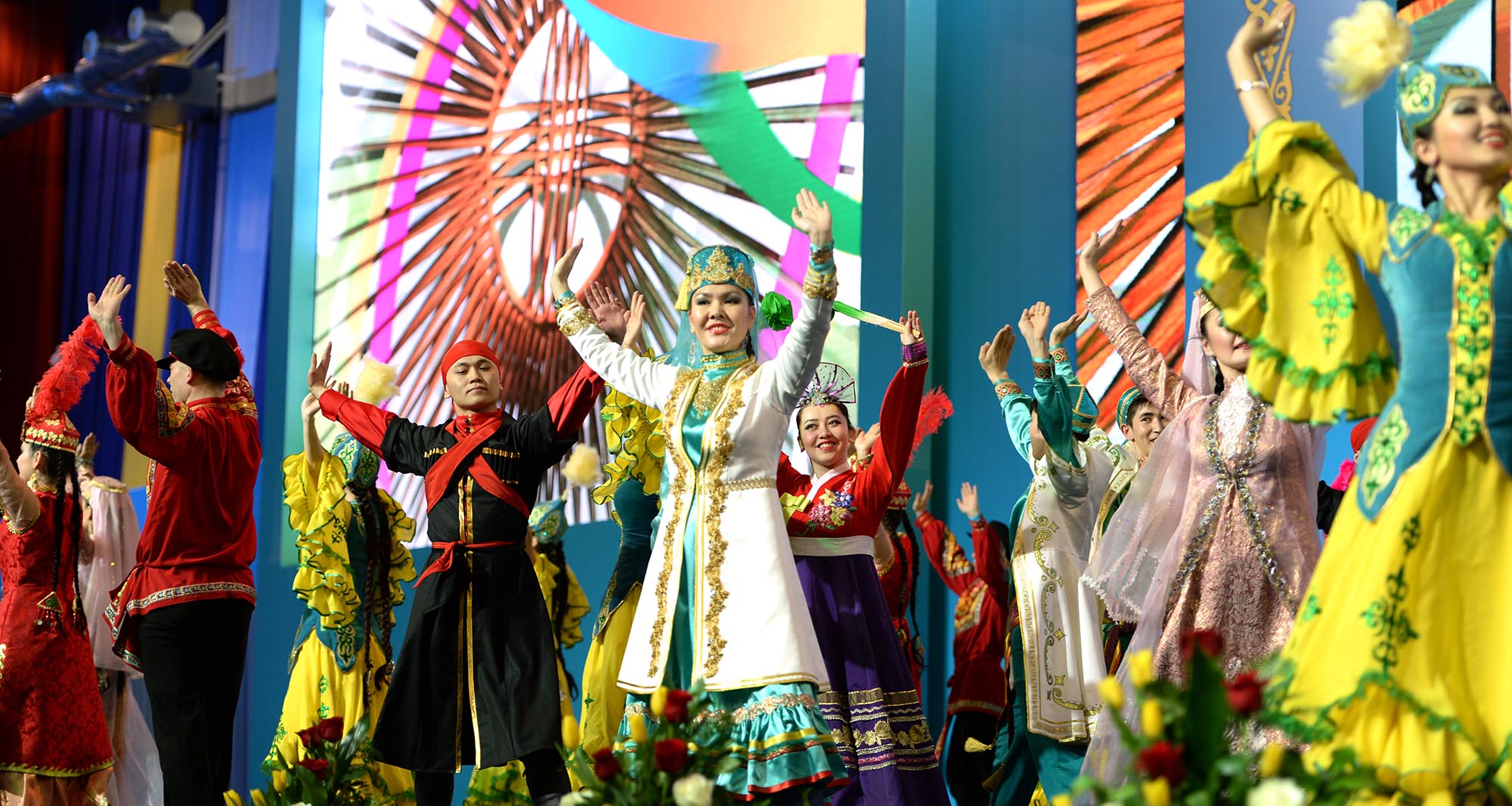 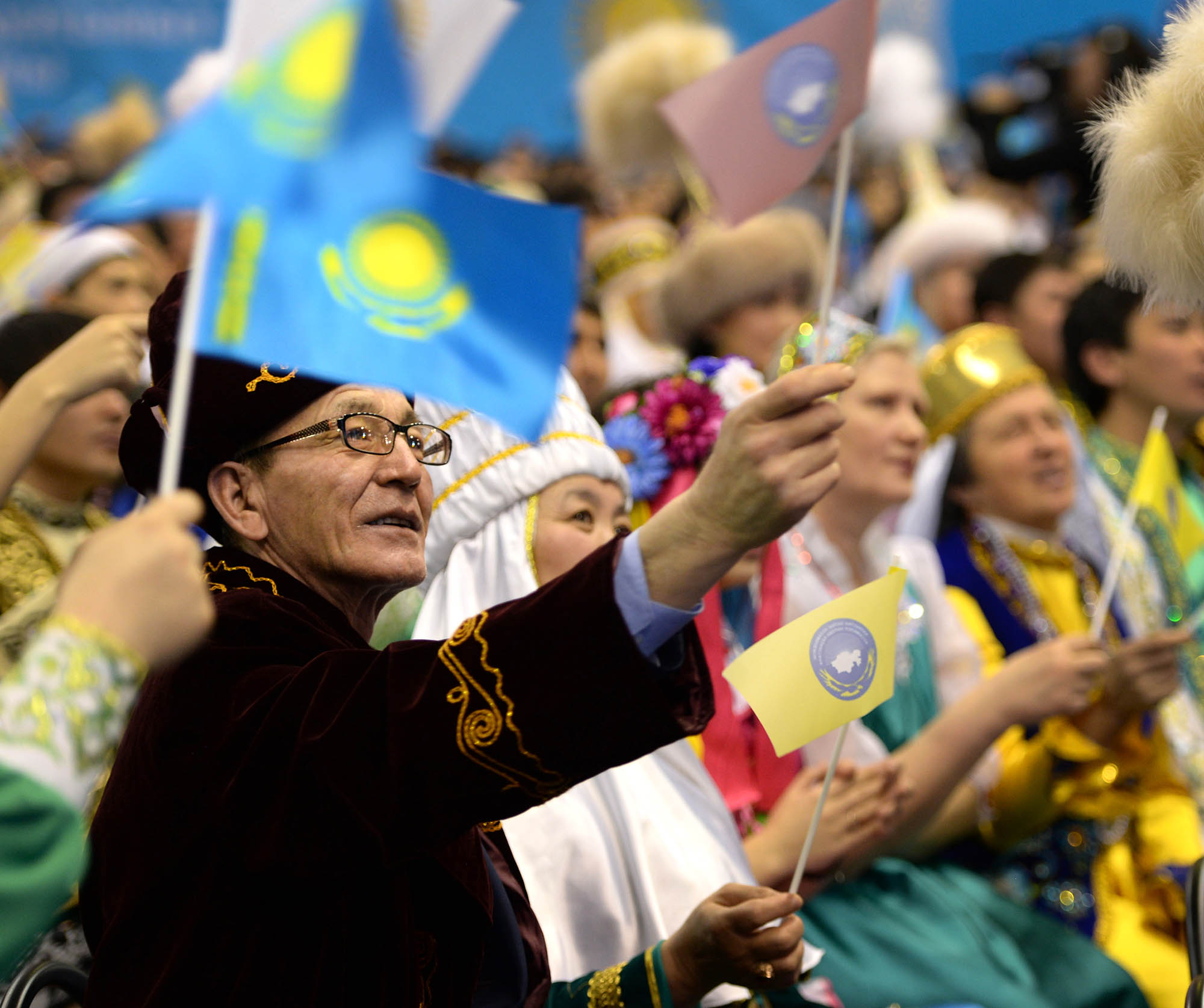