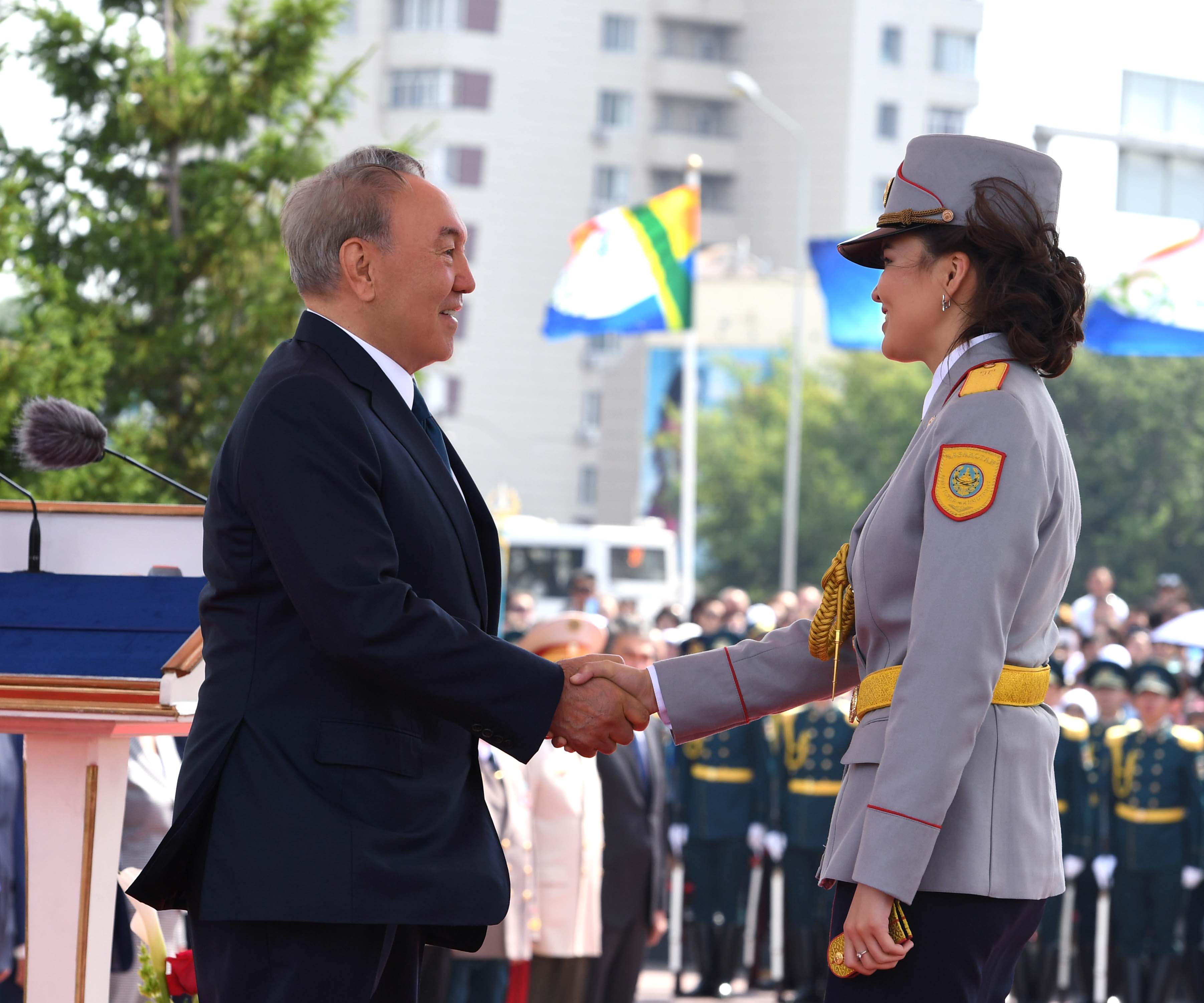 Participation in the solemn ceremony of raising the National Flag

Speaking before the gathered, the President of Kazakhstan stressed the special importance of the National Flag for every citizen of Kazakhstan and noted the worthy path of the country's development during the years of independence.

- On the eve of our Motherland’s Capital City Day, we traditionally raise our National Flag. For 25 years we have succeedded to make Kazakhstan a united nation under a single flag, Nursultan Nazarbayev said.

The Head of the State noted Kazakhstan's desire to be in the epicenter of global technological development and separately focused on the country's achievements in the field of economy and sport.

- Kazakhstan’s flag proudly flaunts in moments of national triumph at many of the world's largest arenas. We have repeatedly experienced these minutes of sincere joy and pride for the country during the Winter Universiade in Almaty. Under the sky-blue banner, Kazakhstan has become famous all over the world, the President of Kazakhstan said.

Nursultan Nazarbayev has drawn attention to Kazakhstan’s active participation in the global processes and announced the country’s intention to keep on peacekeeping activities in the international arena.

- We have become a state that calls the conflicting parties to peace, and thereby earns respect. We are fighting for peace, actively advocating for nuclear disarmament. They place confidence in us, and we live in a single and tolerant society. Therefore Congresses of World Traditional Religions are held here, the President of Kazakhstan said.

Nursultan Nazarbayev called unity the basis for the national development and fulfillment of all the tasks and programs assigned to the government.

In addition, the Head of the State noted Astana’s high role and importance in the history of sovereign Kazakhstan.

- Astana is a symbol of our opportunities, greatness and cohesion of the people. Our capital is the pearl of Central Asia, the Asian continent. We love Astana, and the guests admire it, the President of Kazakhstan said.

Addressing graduates of all higher military educational institutions, Nursultan Nazarbayev reminded officers of their duty to serve Fatherland and protect national interests in the current conditions of the world process.

-You are required to fulfill impeccably the officer duty, you must defend our flag and elevate it wherever you are. You have a difficult and responsible mission to protect peace of the citizens and national interests, the President of Kazakhstan addressed.

In conclusion, the Head of the State said that the flag-raising ceremony means beginning of festive events in honor of the Capital Day and congratulated everyone on the upcoming holiday. 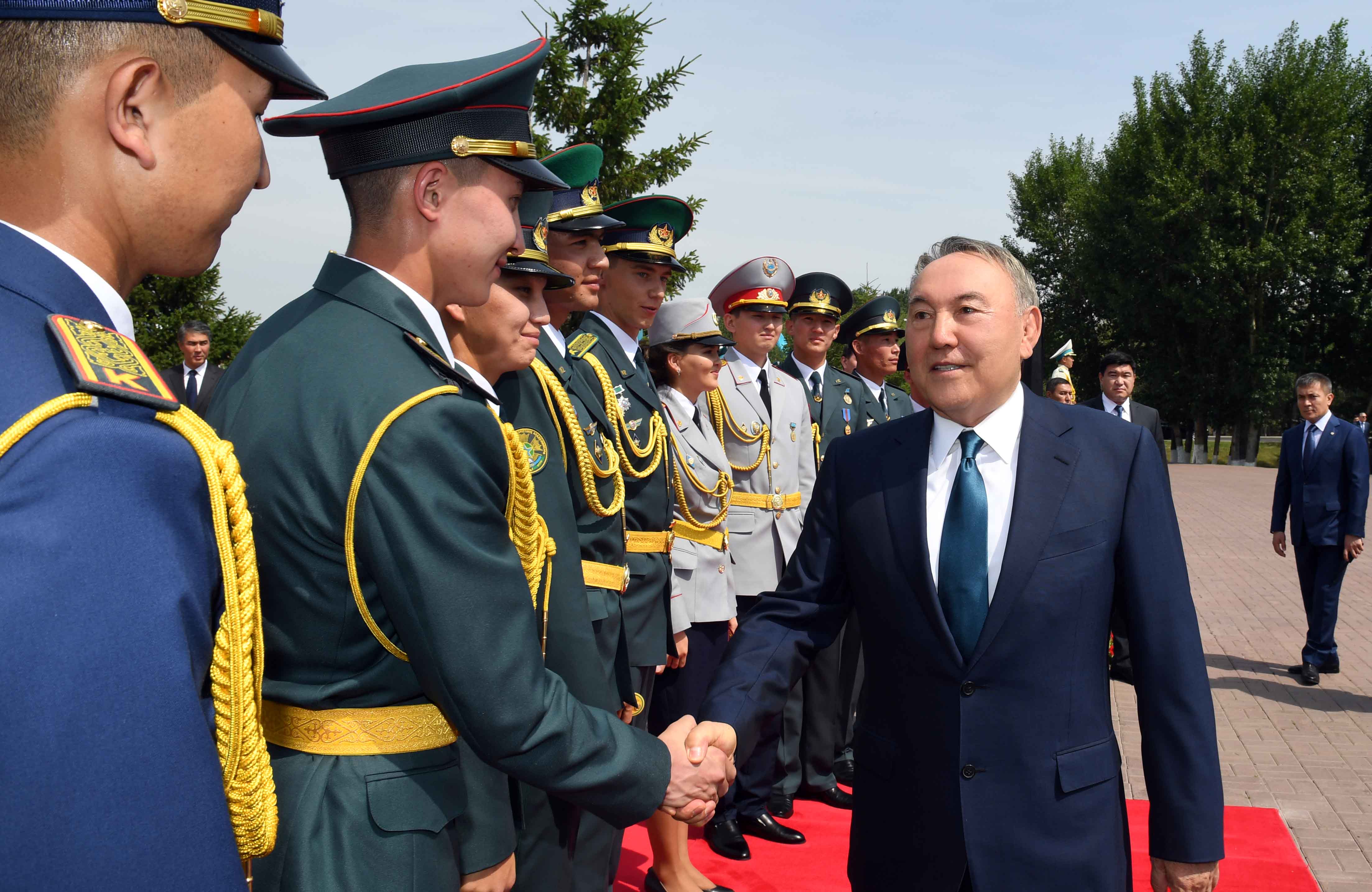 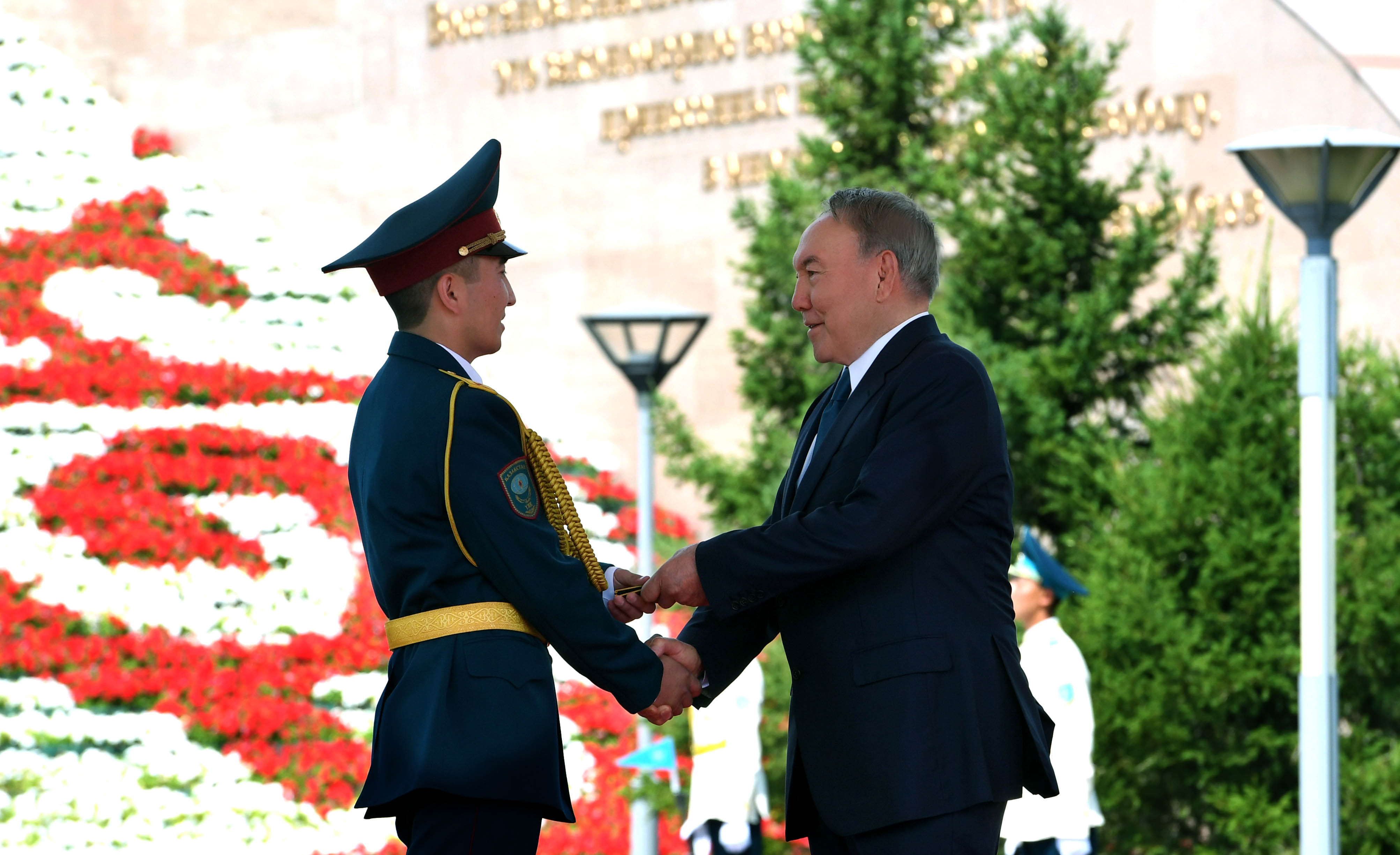