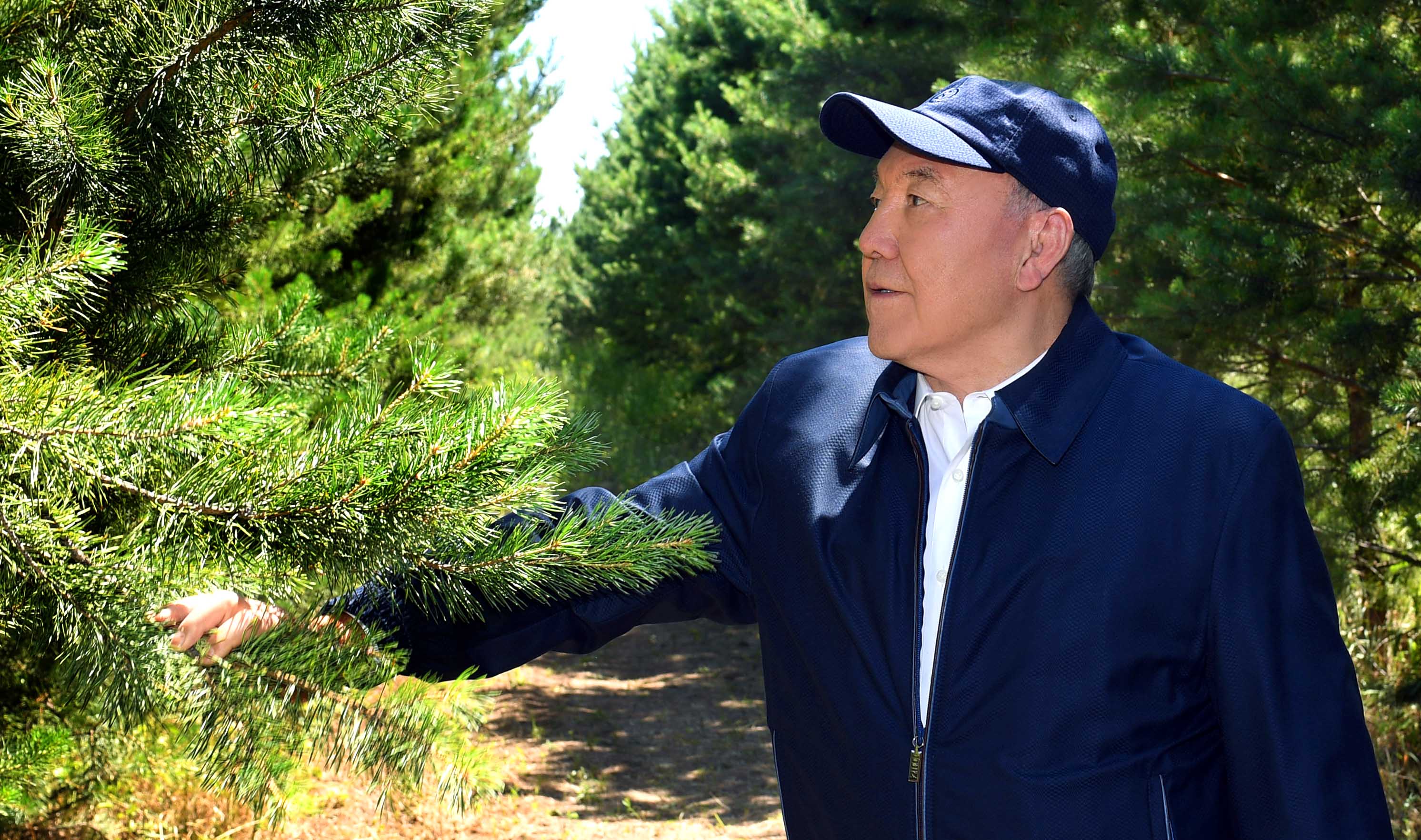 The Head of the State flew round the capital city’s green zone, took part in the traditional release of pheasants and roe deer and, as a result, held a briefing for the media representatives.

The President of Kazakhstan has noted that to date about 80 thousand hectares of forest have been planted around Astana and by 2020 its total area will reach 100,000 hectares.

Nursultan Nazarbayev drew attention to the diversity of the animal and plant world of the "green belt" and talked about plans to increase the number of plantations.

- I would like to express my gratitude to the scientists and the forest ranger for the great work done. It is not so easy to grow trees in this area. Now there is a large massif. The forest areas around Astana have become a natural oasis, where animals and birds live freely, the Head of State said.

The President of Kazakhstan stressed the important role of forest plantations around the city in forming favorable climate and the capital city’s ecological improvement. In addition, Nursultan Nazarbayev noted the results of constructing a recreational zone on the territory of the forest, calling the green belt "the lungs of the whole country".

- How long people will live here, for so long the forest will be here. This is our country’s wealth. Astana is hosting the international exhibition EXPO-2017; it promotes its image strengthening as a city committed to the principles and ideology of "green development". Park zones become more refined inside the capital, the Head of State said.

The President of Kazakhstan especially stressed the importance of preserving nature and careful attitude to the native land for upbringing of a responsible generation, the country’s true patriots.