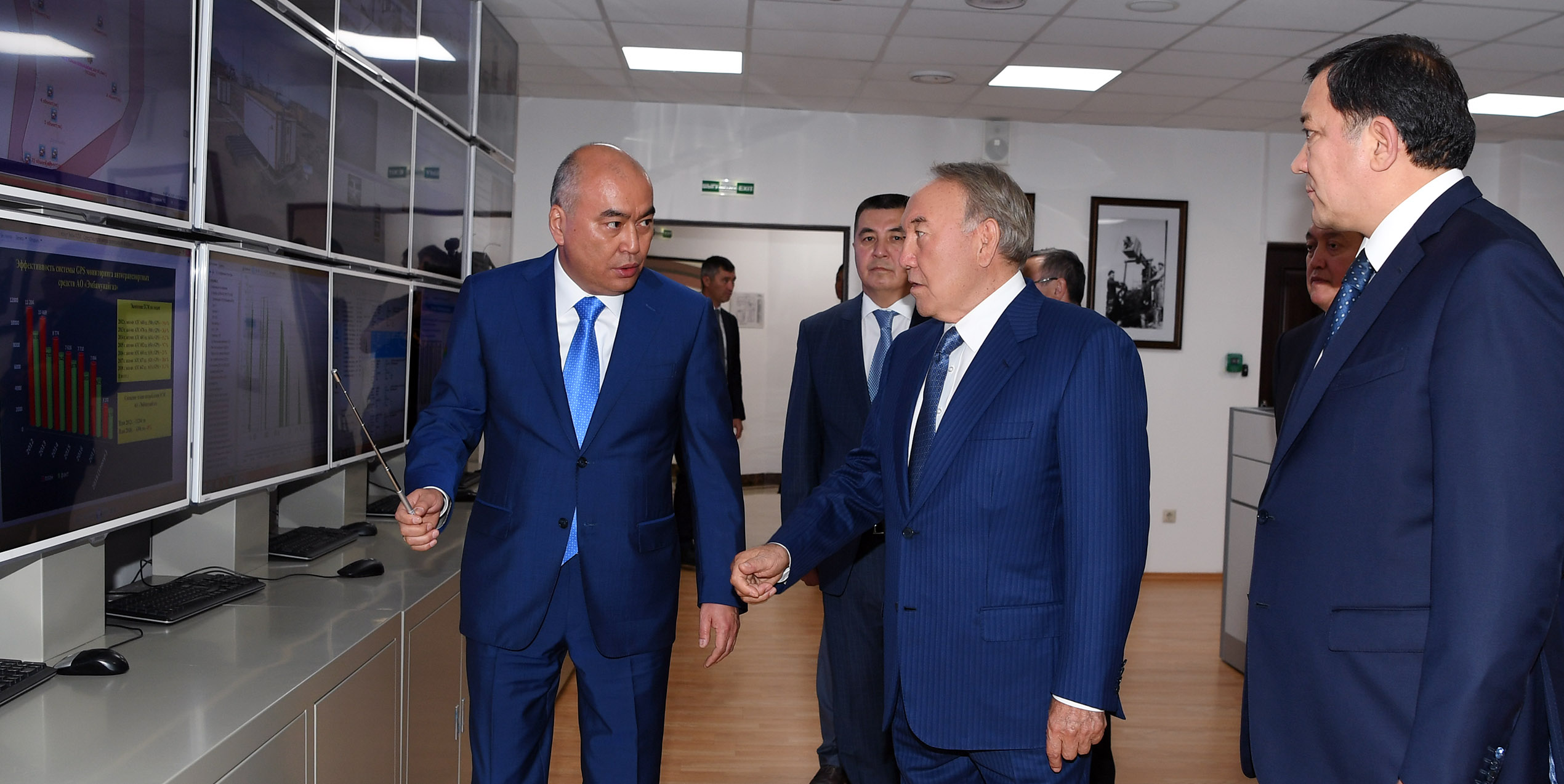 The Head of State got acquainted with the activity of Production Process Viewing Centre, where he was presented with an intelligent deposit system that allows real-time visual processing of large information flows from field facilities, and their subsequent analysis to promptly react and improve the production process in the fields.

Nursultan Nazarbayev noted that as a result of introducing digitalization elements in the fields, labour productivity increased, the inter-repair period of equipment and the number of duplicating links decreased, and stressed that the final effect would exceed the initial costs by two or more times.

- It is necessary to use modern methods of oil production, and extend beyond existing ones. First of all, it is necessary to train employees with new knowledge to work on advanced technologies, the President of Kazakhstan said.

Also during the visit, Akhmetzhan Yesimov, Chairman of the Board of Samruk Kazyna JSC, reported to the Head of State on the main results of National Industrial Petrochemical Technopark Free Zone activity.

In addition, the Kazakh President was shown the work of Atyrau region’s geo-information portal, which gives an opportunity to conduct online monitoring of electronic circuits of engineering networks in the city of Atyrau, agricultural land, deposits of common minerals and land use conditions in the region, and also order a state service in electronic format or apply to the state body with a statement.

The chief of Atyrau region’s akim administration has said that introduction of this electronic resource will increase the investment attractiveness of the region, automate business processes, improve the public service quality, and reduce the number of corruption risks and facts of violation of land use conditions.