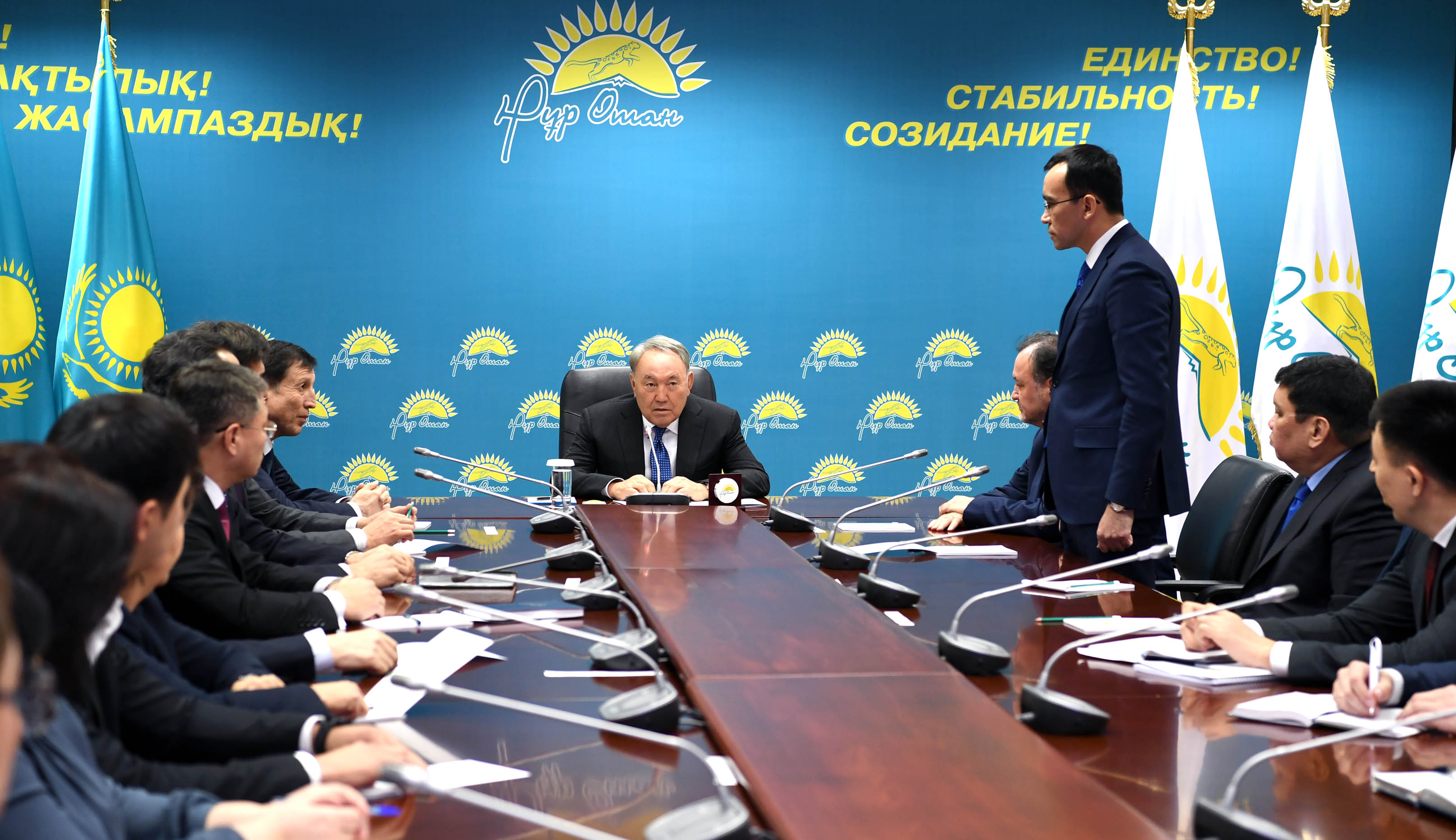 Visit to the head office of Nur Otan Party

During the visit, the President of Kazakhstan introduced Maulen Ashimbayev, the new First Deputy Chairman of Nur Otan Party, and appreciated the work of Mukhtar Kul-Mukhammed.

- In connection with Mukhtar Kul-Mukhammed’s appointment as a deputy of the Parliament’s Senate, he has been dismissed from the post of the Party’s first deputy. I express my gratitude for your contribution and activity in this responsible post. In this regard, it has been decided to appoint Maulen Ashimbayev as the Party’s first deputy. He was a deputy more than five years, and he headed the committee of the Parliament’s Majilis. I believe that he will contribute to raising up the Party’s status and role. I wish good work to everybody, Nursultan Nazarbayev said.

- Nur Otan Party has become the state’s key political force, which determines its policy. The Party takes part in actualizing all our programs, the President of Kazakhstan said.

Nursultan Nazarbayev noted the importance of quality implementation and increased control over carrying out all state and sectoral programs.

The Head of State stressed the need to adapt the national economy to the conditions of the Fourth Industrial Revolution.

- If we do not want to lag behind world development, then we need to move faster. Therefore, this year's Address is aimed at implementing reforms. All our previous programs were aimed at that. The question is how they work. We need to build enterprises that are needed, which will produce export products, the President of Kazakhstan said.

In conclusion, the Head of State once again focused on increasing the Party's activity in working out and implementing the state programs.

- We have the Party organizations in the regions. They must be active in fulfilling the tasks set, the President of Kazakhstan said. 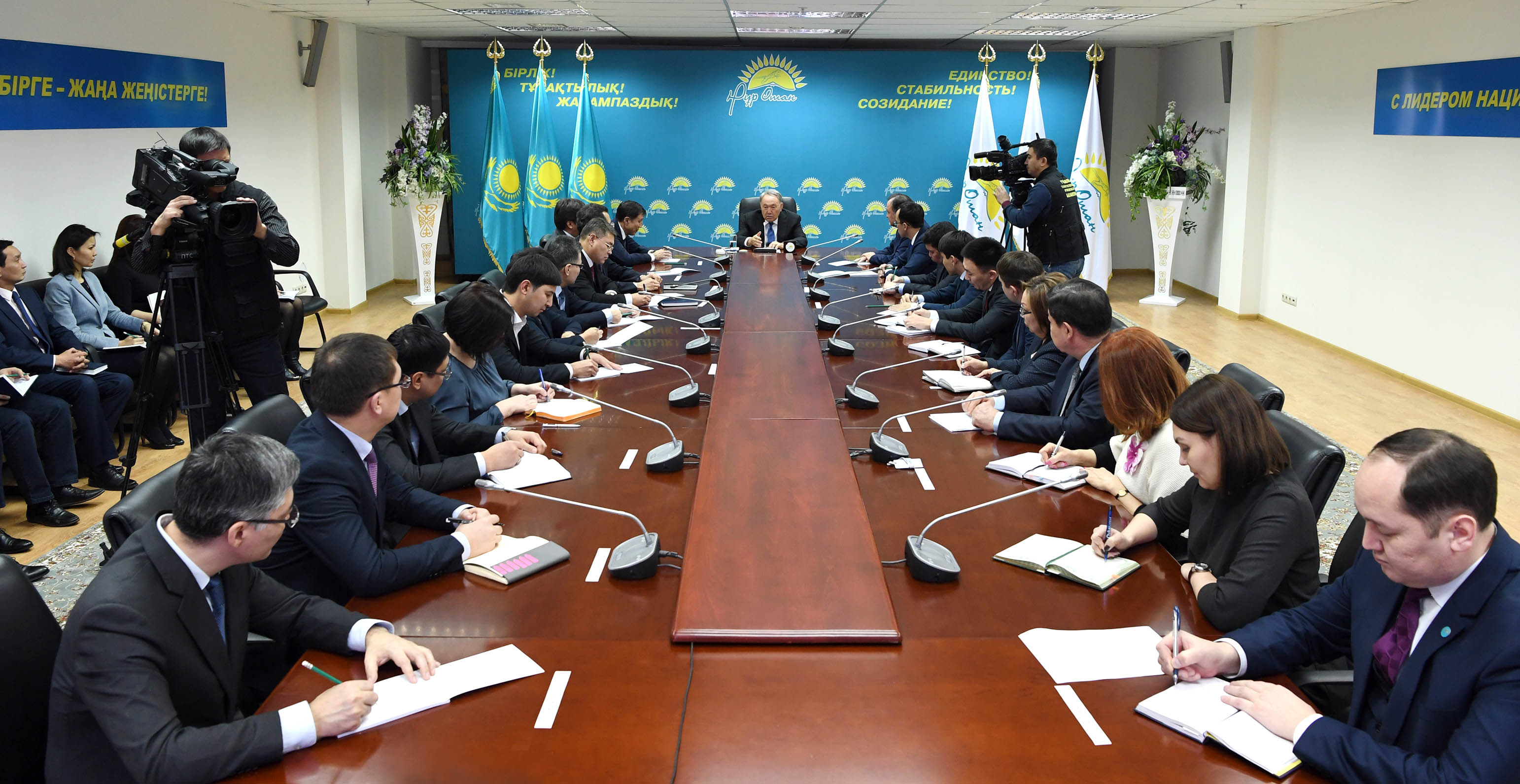