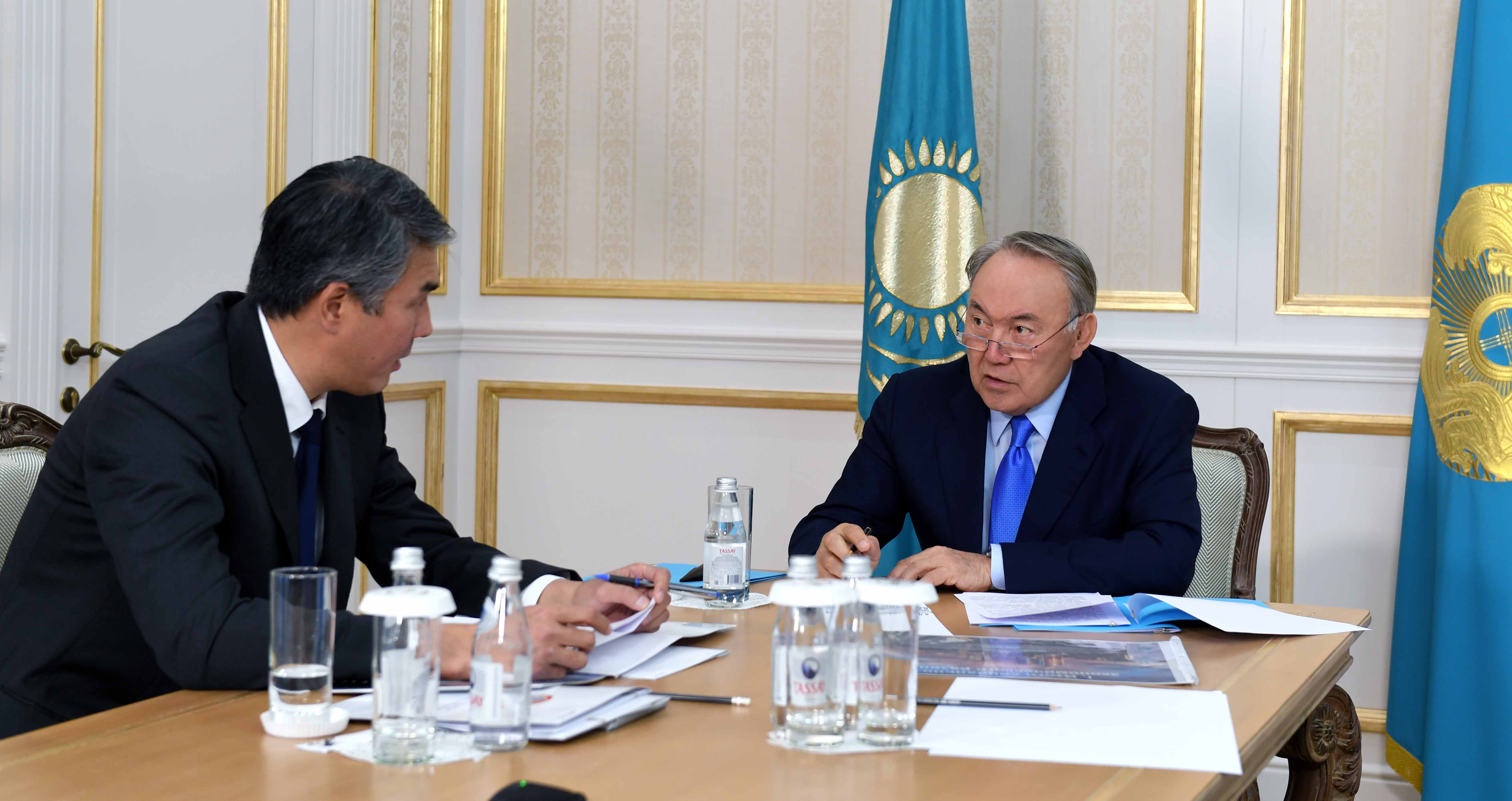 The Kazakh leader has been presented with a report on fulfilling the instructions given at the meeting on Astana development in April this year, as well as information on activities in the sphere of law enforcement and betterment of the city's infrastructure.

The Head of the State made a point of the increase in the capital city’s population and noted the need to take measures to provide preschool educational institutions and schools.

- The population is growing. In this case, special control should be taken over the migration process. It is also important to put in order the system of housing delivery in the capital by the state program, the President of Kazakhstan said.

In turn, Akim of Astana reported to Nursultan Nazarbayev about the growth of a number of economic indicators of the capital city’s growth and positive dynamics in the social sphere, stressing that the level of life expectancy in the city reached 75 years.

Asset Issekeshev told the Head of the State about the lower level of maternal mortality and tuberculosis incidence.

The President of Kazakhstan positively noted the results of the ongoing events and instructed to proceed with the capital city development.