Head of State Kassym-Jomart Tokayev took part in the regular meeting of the Supreme Eurasian Economic Council (SEEC), which was held in the videoconference format.

In his speech, President Tokayev paid special attention to the draft document “On Strategic Directions for the Development of the Eurasian Economic Integration for 2025”.

Supporting the idea of adopting the Strategy in general, Kassym-Jomart Tokayev stressed that some of its provisions require additional elaboration.

“Given the special importance of this document, which lays out the main outlines of integration for years to come, it seems appropriate to discuss it further and adopt it during a face-to-face meeting. Sooner or later, we will see each other,” the Head of State believes.

The President made a number of comments on this project. First of all, he believes that it is necessary to ensure the movement of goods without barriers and restrictions, gradually build a single market for services in the sectors agreed by the parties, and prepare for a common energy and financial markets.

Kassym-Jomart Tokayev stressed that bilateral cooperation between the countries of the Union is multifaceted and affects almost the entire spectrum of economic, social and humanitarian relations.

“Therefore, consideration of these issues in a five-party format with the involvement of the Eurasian Economic Commission may make it difficult to implement them in practice. The full inclusion of issues such as health, education and science in the competence of the Eurasian Economic Commission can significantly change its economic orientation, in other words, it will contradict to the essence of the Treaty on the establishment of the EEU in 2015,” President Tokayev is convinced.

According to the President, an integration work should take into account the peculiarities of the national legal system and proceed from the principle of “necessary sufficiency” when considering harmonization issues and unification of national legislation.

“The proposed “harmonization and unification” of legislation in terms of establishing legal liability – administrative and criminal, in a number of sectors, such as customs, technical regulation, and consumer protection, in our opinion, do not yet meet the principle of reasonable sufficiency, and this will lead to rejection of the Strategy by national public opinion, since the Strategy would limit the sovereign rights of governments and parliaments,” believes Kassym-Jomart Tokayev.

In addition, the Head of State called for a careful approach to expanding the powers of the EEC.

“Granting the Commission the right to participate in bilateral negotiations of member states with third countries on trade in services requires, of course, an additional examination,” he said.

In his speech, the President of Kazakhstan called cooperation within the EEU a priority and a key element of economic recovery, and also welcomed the decision of the Uzbekistan Parliament to join the EEU as an observer state.

At the same time, Kassym-Jomart Tokayev made a number of proposals aimed at further strengthening mutual trade, supporting business and interaction in the areas of digitalization and transport logistics.

First, the President of Kazakhstan pointed out the need to develop a plan for the gradual removal of all restrictions and barriers that arose during the pandemic.

“Our agencies in the sphere of health, sanitary, veterinary and other types of control should take into account the lessons of the crisis and offer effective mechanisms of interaction that ensure, on the one hand, and on the other, the safety of our citizens, the barrier – free movement of goods. The coordinated work of transport authorities, sanitary services, and border agencies is important both in the fight against the pandemic and in the subsequent lifting of restrictions,” the Head of State believes.

As a second suggestion, Kassym-Jomart Tokayev noted the importance of significantly stepping up work on launching the integrated information system of the EEU.

“Digitalization of key aspects of interaction between the state bodies of our countries would help simplify business processes, increase mutual trade, and reduce the administrative burden on business,” the President said.

Third, the Head of State pointed to the need to develop transport and logistics services.

“As part of this work, we have already started creating a national commodity distribution system, which by 2022 will consist of 24 wholesale and distribution centers. This will make it possible to store, process and distribute about 5 million tons of agricultural products. I propose to work out the possibility of creating a common distribution network with interested countries of the Union,” Kassym-Jomart Tokayev said.

The theme of business support took an important place in the speech. The President said that in the current crisis situation, almost all the resources of the EEU countries are thrown at stabilizing work and preserving jobs. At the same time, he noted that the implementation of some of the most expensive decisions of the Union's bodies, such as the introduction of mandatory labeling for certain groups of goods, is not an urgent need in a crisis.

In addition, the Head of state proposed to create and actively use a platform for heads of ministries of the financial and economic dimension of the EEU countries and governments in general, in order to discuss measures to respond to external challenges in the post-crisis period.

Following the summit, on the proposal of Kassym-Jomart Tokayev the document “On Strategic Directions for the Development of the Eurasian Economic Integration for 2025” was largely approved, but not adopted. The EEU governments and the EEU are charged with finalizing the Strategy.

The leaders of the "Eurasian Five” agreed to hold the next session of the EEU in upcoming autumn in Minsk. 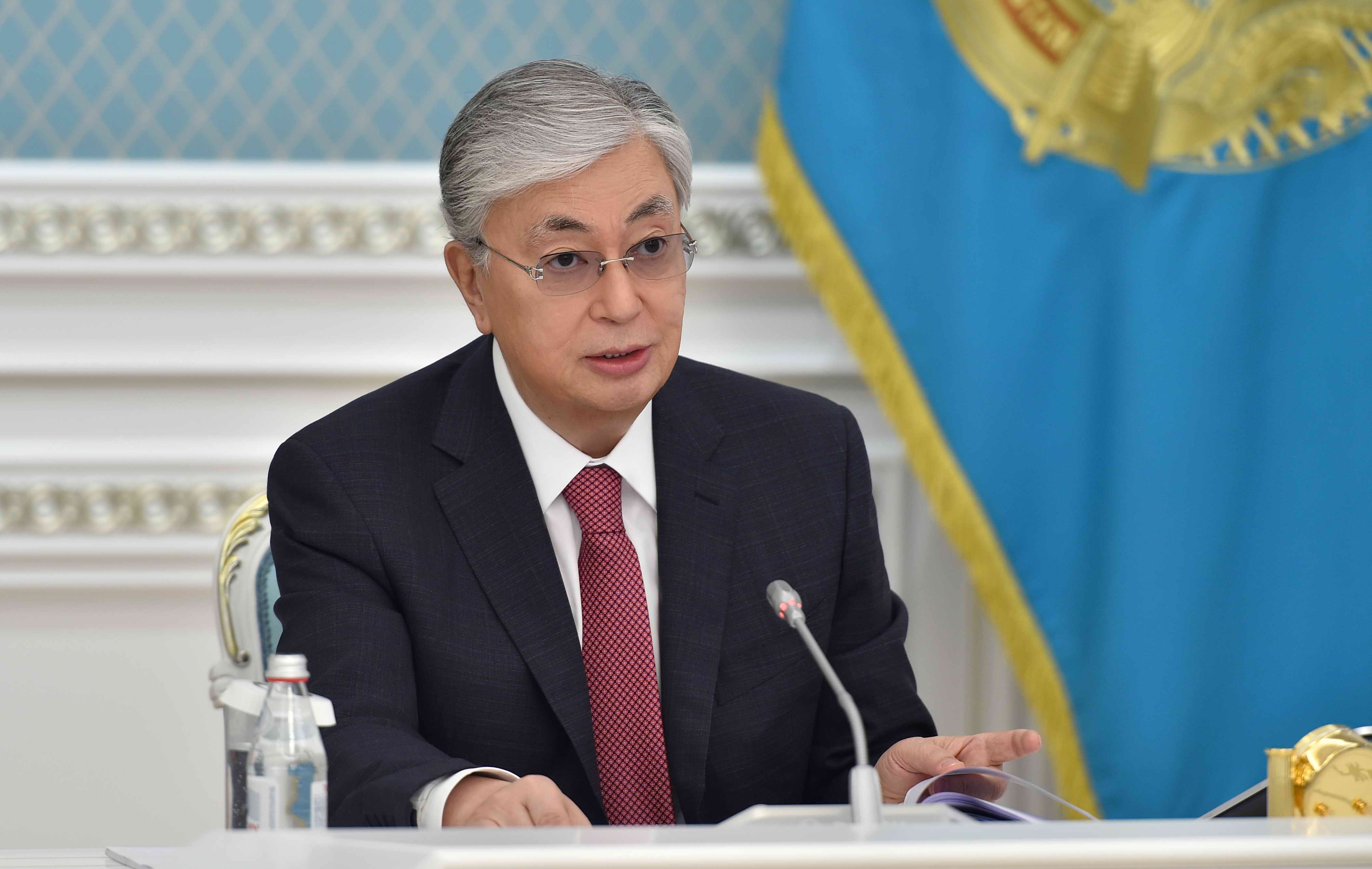 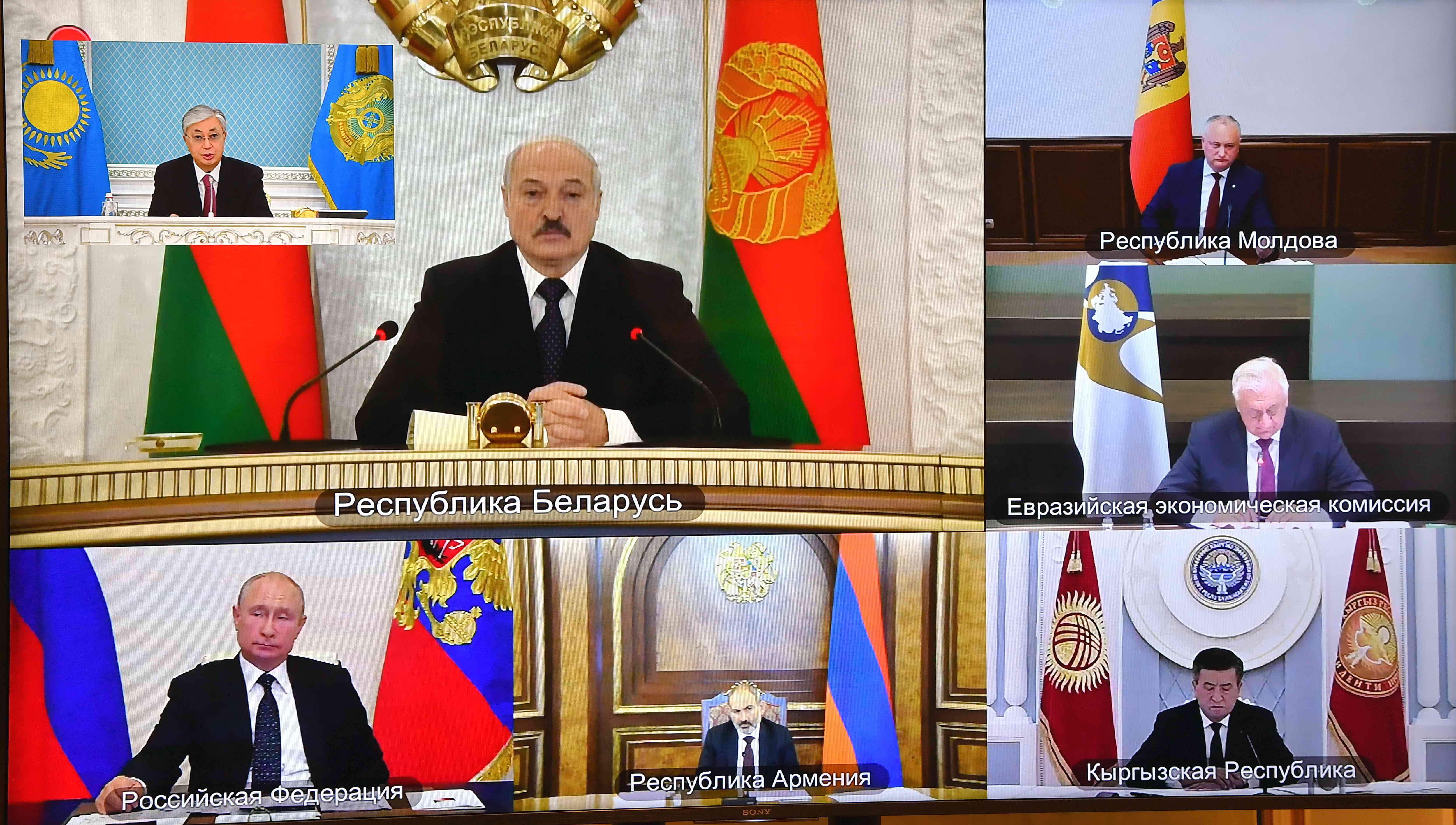