Head of State Kassym-Jomart Tokayev participated in a working meeting of members of the Supreme Eurasian Economic Council, which was held in the videoconference format.

The agenda of the meeting included issues of preventing the spread of coronavirus infection and ensuring economic stability in the countries of the Eurasian Economic Union (EEU).

In his speech, the Head of State pointed to the difficult situation in connection with the COVID-19 pandemic, which has practically paralyzed the social and economic life of many countries. He drew attention to the sharp decline in economic activity all over the world, and the record fall in commodity prices with significant negative consequences for exporting countries.

Kassym-Jomart Tokayev welcomed the agreement reached within the OPEC+ on coordinated production cuts and restoring balance in the energy market.

“We commend the efforts of the Russian Federation in achieving success under this agreement. Kazakhstan participated in the negotiations as an observer and made its contribution by agreeing to a significant reduction in production,” the President of Kazakhstan noted.

Speaking about the further development of the world economy, President Tokayev cited the disappointing forecasts of experts: “World GDP in 2020 may fall by more than 2%. At the same time, the GDP of the US and the Eurozone will decrease by 3,3% and 4,2%, respectively. China's economic growth is projected to be less than 2%, meaning a fall of about 4%."

In addition, in his speech Kassym-Jomart Tokayev shared information on the measures taken in Kazakhstan to tackle the pandemic, the implementation of anti-crisis measures aimed at maintaining the economy and fulfilling social obligations to the population.

The President noted that thanks to the measures taken, the state managed to prevent the uncontrolled spread of the virus, maintain stability in society and business activity.

The Head of State also touched upon the implementation of joint anti-crisis measures to combat the negative impact of the pandemic on the economies of the Eurasian Economic Union member states.

“There is a ban on the export of certain types of food products and medical products, zero duties on the import of socially important goods, personal protective equipment and disinfectants, diagnostic reagents, certain types of medical equipment and materials. The Intergovernmental Council at the level of heads of government have adopted specific recommendations in the form of ”a list of joint measures of governments and national banks,” Kassym-Jomart Tokayev said.

Besides, given the lessons of the current crisis, the President of Kazakhstan drew the attention of his colleagues within the EEU to the need to implement a number of medium and long-term measures. In particular, he made a number of proposals aimed at further strengthening trade, economic, financial and digital interaction, as well as establishing cooperation in the field of healthcare and medical science.

Secondly, Kassym-Jomart Tokayev stated the need to strengthen regional production and technological cooperation. In his opinion, the current crisis will significantly change the global landscape of value chains, while nationalization and regionalization would largely determine the structure of global production, trade and logistics.

“Taking into account these changes, we can start creating regional value chains based on the competitive advantages of our economies. The governments of our countries could work out and specify this area of joint work,” the Head of State believes.

In his speech, President Tokayev also highlighted the importance of stability of trade processes within the EEU.

“Given the unconditional barrier-free movement of goods produced within the Union, approaches to mutual trade should be reviewed. We have repeatedly discussed the issues of removing barriers in our domestic market. Unfortunately, against the background of the current crisis, there are new barriers. It is important not to allow it to become permanent, to get a foothold in regulatory and law enforcement practice,” the President is convinced.

Kassym-Jomart Tokayev also called for supporting business activity in the EEU, including provision of financial support to businesses affected by the pandemic.

“Eurasian Development Bank should become an effective tool for financing joint projects in the post-crisis period. The governments of our countries could develop agreed substantive proposals in this area,” President Tokayev said.

Furthermore, the Head of State pointed to the need to ensure the quality and reliability of digital infrastructure, which amid the pandemic has clearly demonstrated its importance for public development. Kassym-Jomart Tokayev believes that the introduction of advanced technologies would largely determine the effectiveness of all areas of integration work: from digitalization of customs services to joint development of Fintech.

Concluding his speech, the President of Kazakhstan expressed hope that the EEU countries and the Union itself will survive and overcome this unprecedented crisis, take into account its lessons, analyzing the practice developed during this period and stand ready for new challenges. 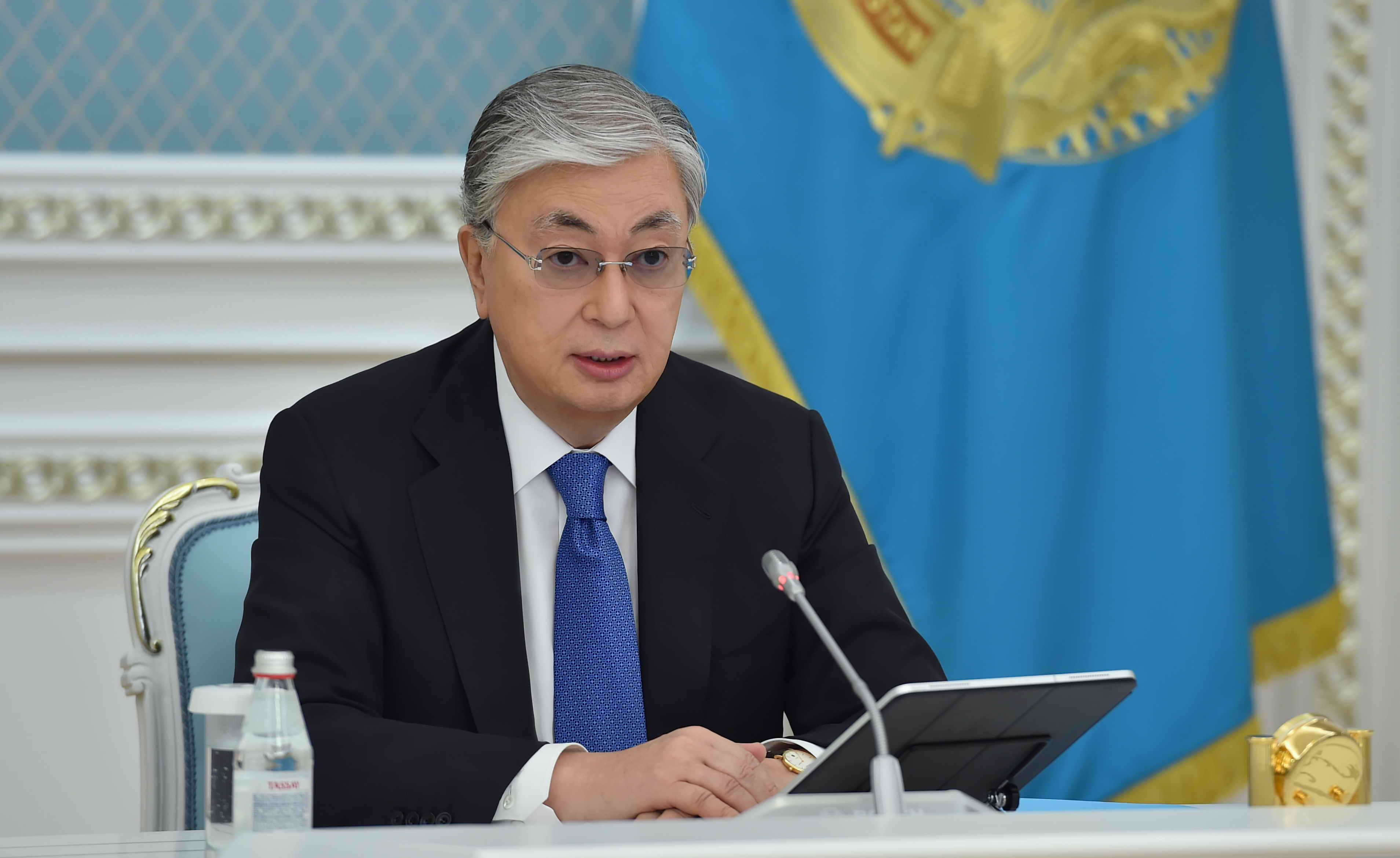 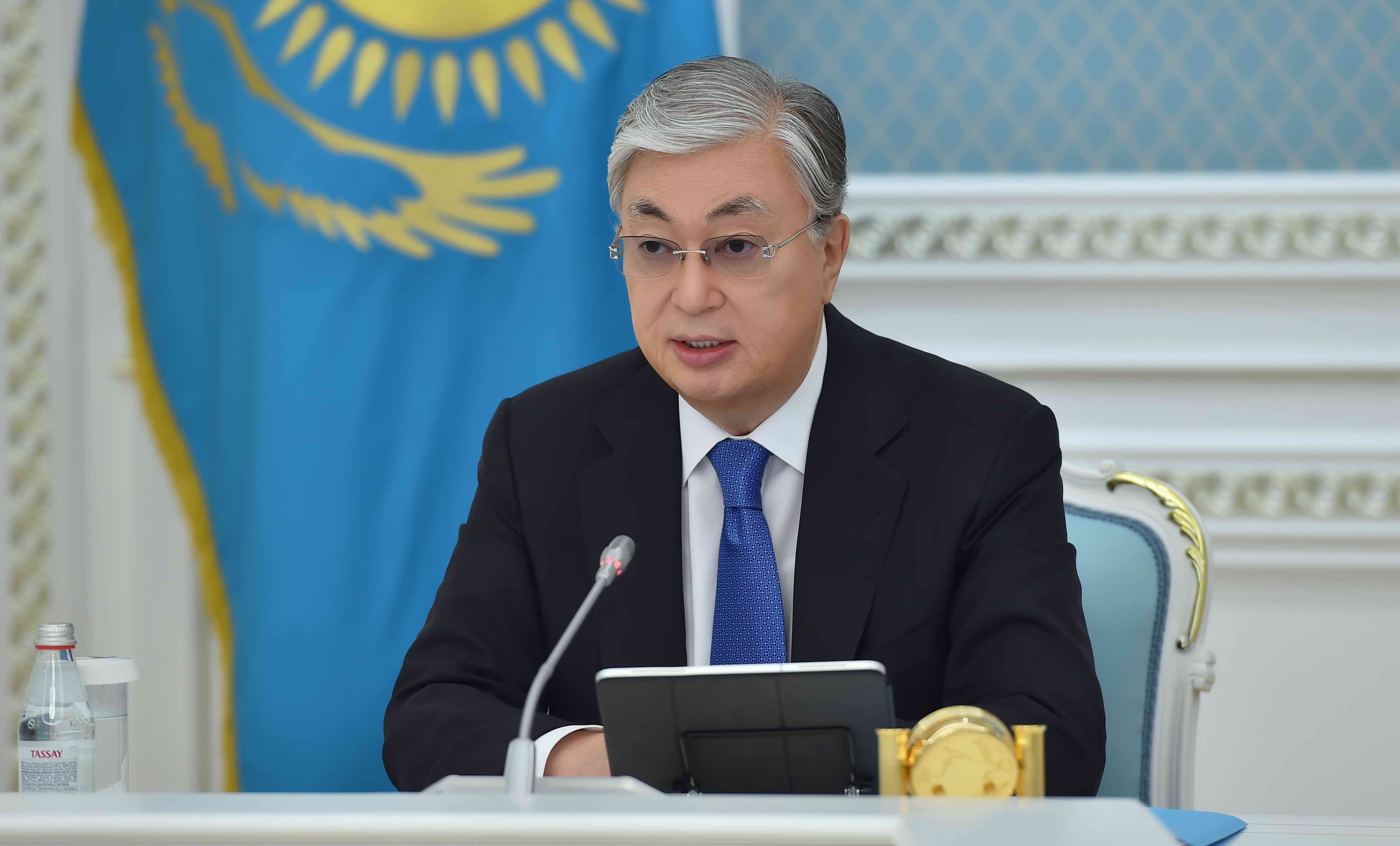 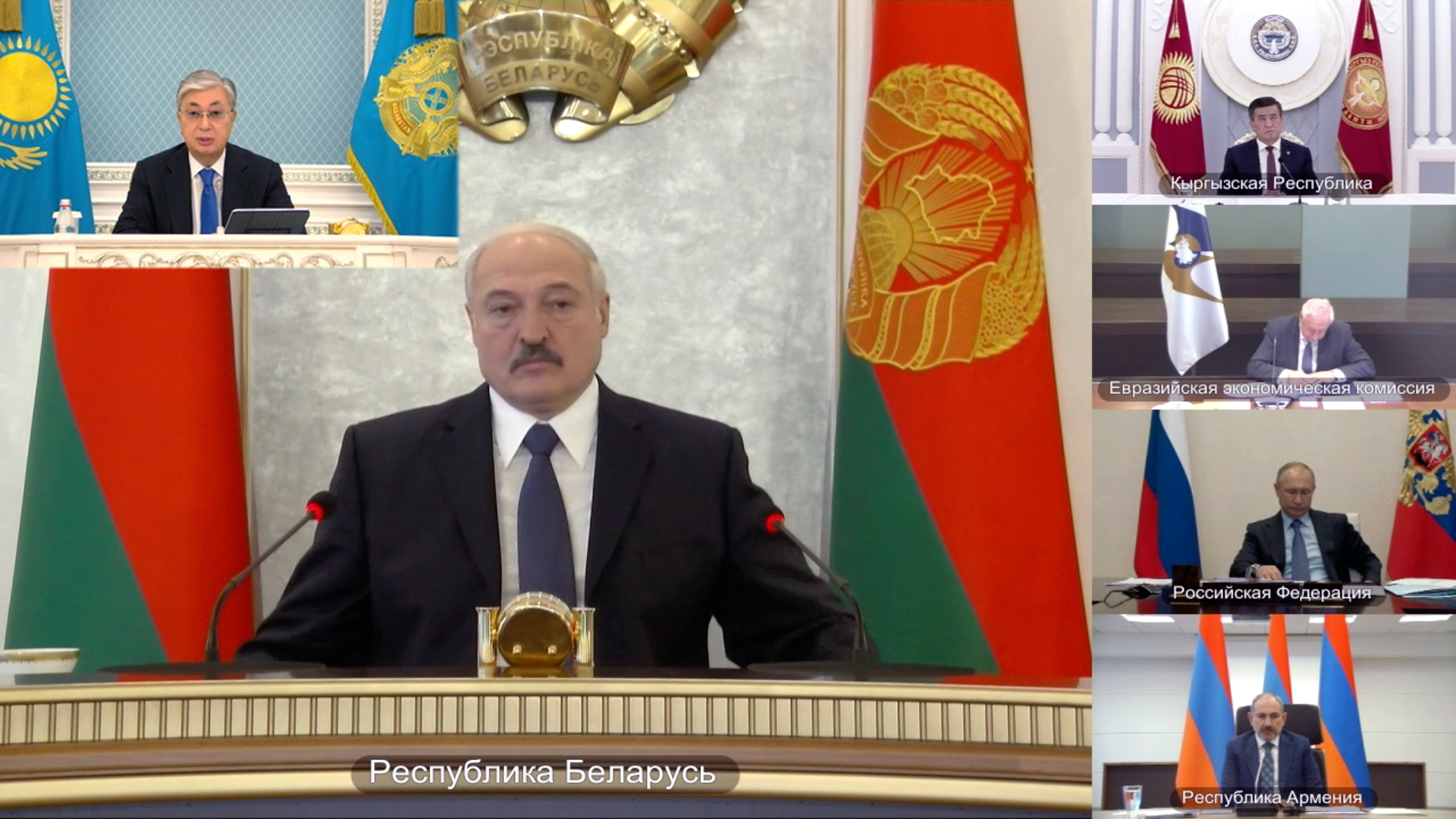