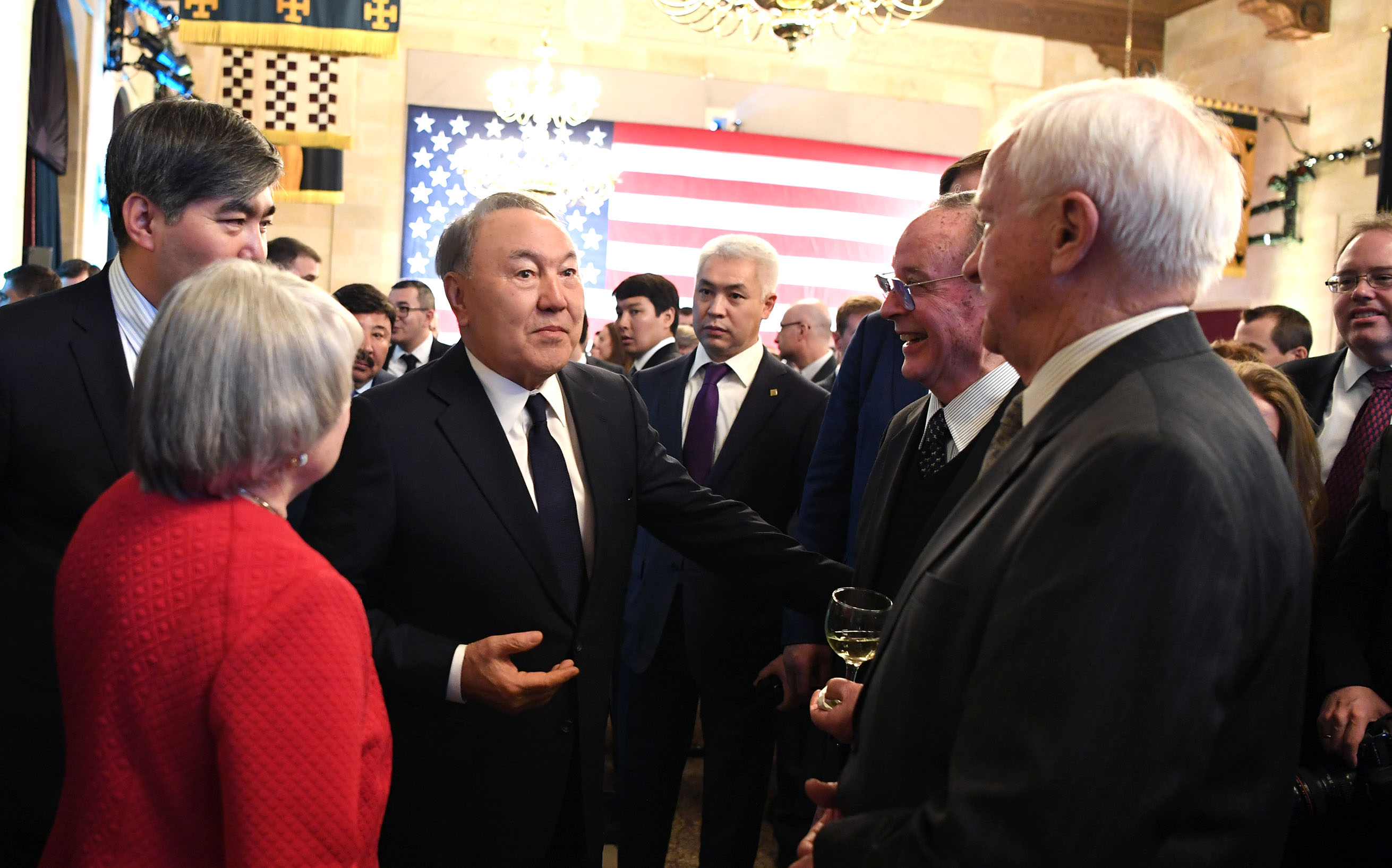 Meeting with business people of the United States of America

Having greeted the participants of the round table, the President of Kazakhstan expressed gratitude for the organization of the meeting.

In the course of his speech, the Head of State underlined the strategic nature of relations between Kazakhstan and the United States.

- America ranks second in terms of direct investment in the Kazakh economy. Over the years of independence, more than $ 50 billion have been invested by your companies in Kazakhstan. Over the past year, trade between our countries amounted to about $ 2 billion. More than 500 companies in the energy, transport, innovation, medicine and other spheres successfully operate in our country with the participation of American capital. Among our major partners are Chevron, Exxon Mobil, General Electric, Haliburton and other companies, Nursultan Nazarbayev said.

The President of Kazakhstan noted the special importance of the adopted Joint Statement on the expanded strategic partnership covering a wide range of bilateral relations.

The Head of State has also focused on the development of Kazakhstan's transport and transit potential and spoke about the measures being taken by the state to create conditions for doing business.

- The efforts are being made on a permanent basis to improve the investment climate, protect the rights of investors. Kazakhstan is an associated member of the OECD Investment Committee and joined the Declaration on International Investment. We have introduced a visa-free regime for citizens of 62 countries, including the US. Legislation in the sphere of entrepreneurship is being liberalized. There are 11 special economic zones and 22 industrial zones, where necessary infrastructure and preferences have been provided, Nursultan Nazarbayev said.

In addition, the President of Kazakhstan drew attention to the digitalization of the Kazakh economy and the introduction of innovations in production.

- Digital Kazakhstan special state program was adopted. In this regard, it is important to implement projects for the digitization of economic sectors and the growth of an innovative ecosystem. For example, such innovative clusters as Nazarbayev University and the Park of Innovative Technologies are already functioning. This year a new International Technopark of IT start-ups opens in Astana. All this could become a promising field for our cooperation, the Head of State said.

Addressing to American businessmen, Nursultan Nazarbayev invited them to participate in the implementation of joint projects in the agro-industrial complex.

In addition, the President of Kazakhstan spoke about actualizing the privatization program in the country, as well as the prospects for the development of projects in the field of green economy.

- Last year we successfully held the EXPO-2017International Specialized Exhibition themed Future Energy. It provided a unique opportunity to demonstrate the high-tech and intellectual potential of the whole planet in the field of ‘clean’ energy. The heritage of the exhibition will continue to serve the challenges of innovative and sustainable development. In particular, the International Centre for the Development of Green Technologies and Investments will function based on the Expo infrastructure. It is called to promote implementation of ‘green’ projects in the country and the region, the Head of State said.

- The Centre’s participants are granted tax privileges up to 50 years, simplified currency, and visa and labour regimes. This is the only centre in the region, functioning of which is based on English law. To create a high-tech stock exchange, the AIFC attracted the Shanghai Stock Exchange and the US NASDAQ exchange. AIFC has every opportunity to become a regional centre for the development of ‘green’, Islamic and innovative financial instruments. It is in the planning stage to hold the official presentation of the AIFC to the international community in the summer, the President of Kazakhstan.

At the end of the speech, the Head of State expressed his confidence that the meeting would give impetus to the rapprochement of the two countries and the strengthening of mutually beneficial partnership.

During the meeting, representatives of US business circles showed a high interest in expanding economic cooperation with Kazakhstan.

Within the framework of the Head of State’s official visit, more than 20 commercial documents on investment and trade and economic cooperation were signed that are aimed at implementing projects in the field of aviation and space research, petrochemical and agricultural industries, as well as infrastructure development projects worth about 7 billion dollars.

In addition, within the framework of the visit, three intergovernmental agreements were signed:

- Protocol to the Security Agreement on commercial rail transit through the territory of the Republic of Kazakhstan; 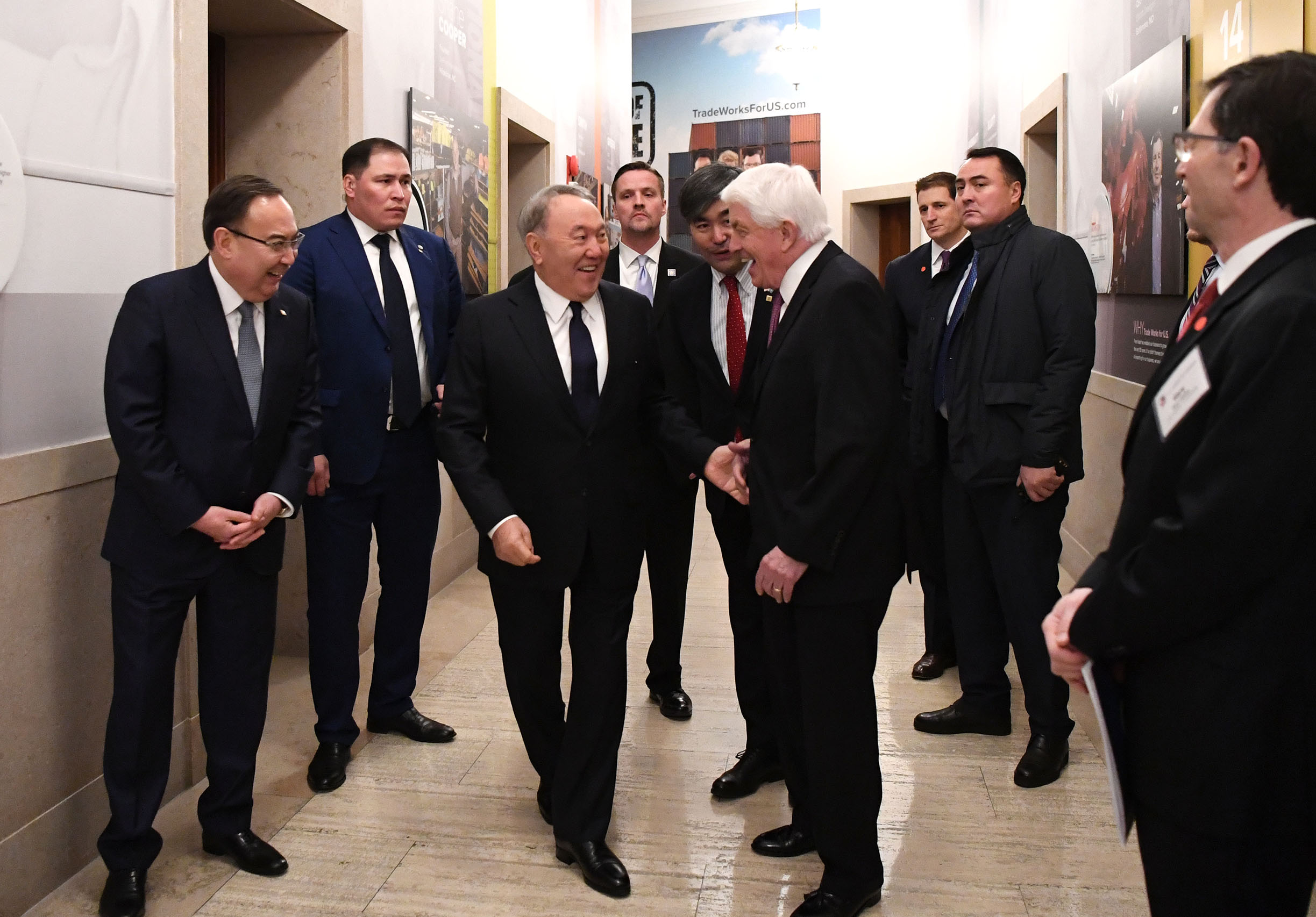 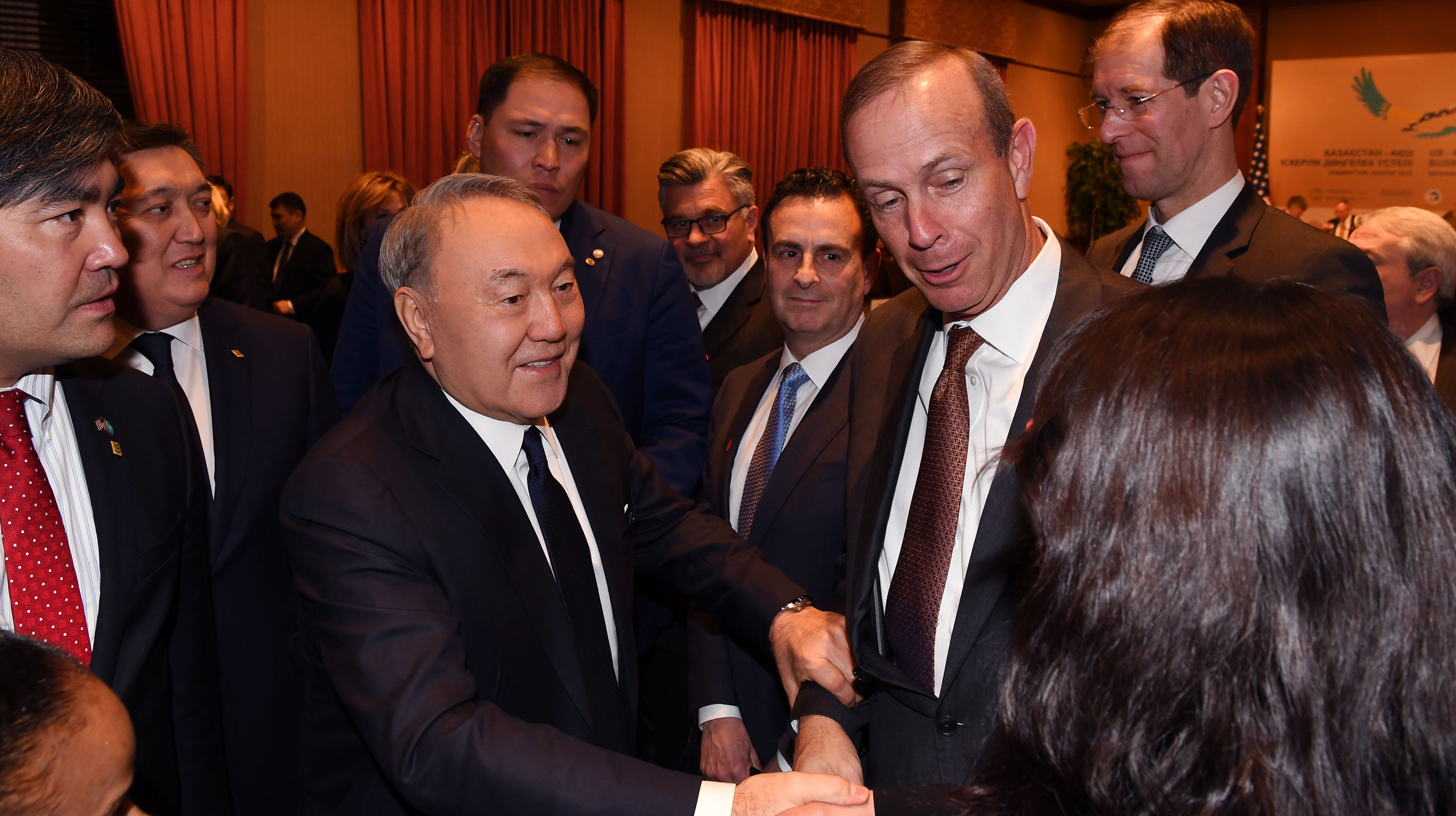