Meeting with President of the Republic of Uzbekistan Islam Karimov

During the meeting, the heads of state discussed bilateral cooperation in the spheres of trade and economy, water and energy, transport and logistics, as well as culture.

The two leaders expressed their mutual readiness to ensure further growth of bilateral trade and its diversification, intensify investment cooperation, as well as create favourable conditions for the transit of foreign goods.

The presidents gave a positive assessment to the activity of the joint intergovernmental commission on bilateral cooperation.

Nursultan Nazarbayev and Islam Karimov also discussed relevant issues on the international agenda, including those related to matters of international security, as well as the preparations for the Shanghai Cooperation Organisation (SCO) summit in Tashkent in June.

Nursultan Nazarbayev expressed his gratitude to the President of Uzbekistan for the support of Kazakhstan’s bid for a non-permanent seat in the UN Security Council for 2017-2018.

During the talks the two leaders underscored Kazakhstan and Uzbekistan take similar positions on a wide range of issues related to regional and global security, development of political, economic, and social spheres. The parties reiterated their support for the early restoration of peace and stability in Afghanistan and noted each other’s contribution to the rehabilitation of the Afghan economy.

Nursultan Nazarbayev and Islam Karimov also noted the water resources of trans-boundary rivers in Central Asia are a joint asset of the region’s peoples. The entire region’s stability and prosperity depend on the sensible use of the resource, they said. The two leaders called on all other Central Asian governments to rely on the universally accepted norms of the international water law, fixed in the UN conventions.

Over the years of independence, we have preserved those good relations we had before, and they even became closer. In this regard, our meeting as a meeting of the two presidents of the two neighbouring countries is important. I am proud of my friendship with you and the friendship between Kazakh and Uzbek nations. The goal is to strengthen these mutual relations, trust and pass it all on to the next generations,” he said.

Islam Karimov, on his part, praised the existing sincere friendship, mutual respect and support between the two countries.

The present visit of Nursultan Nazarbayev is of great importance for “synchronising watches” and an exchange of opinions on key directions of bilateral cooperation. This gives an opportunity to discuss pressing issues, develop common approaches and actively improve the existing potential of cooperation in various spheres,” he said. 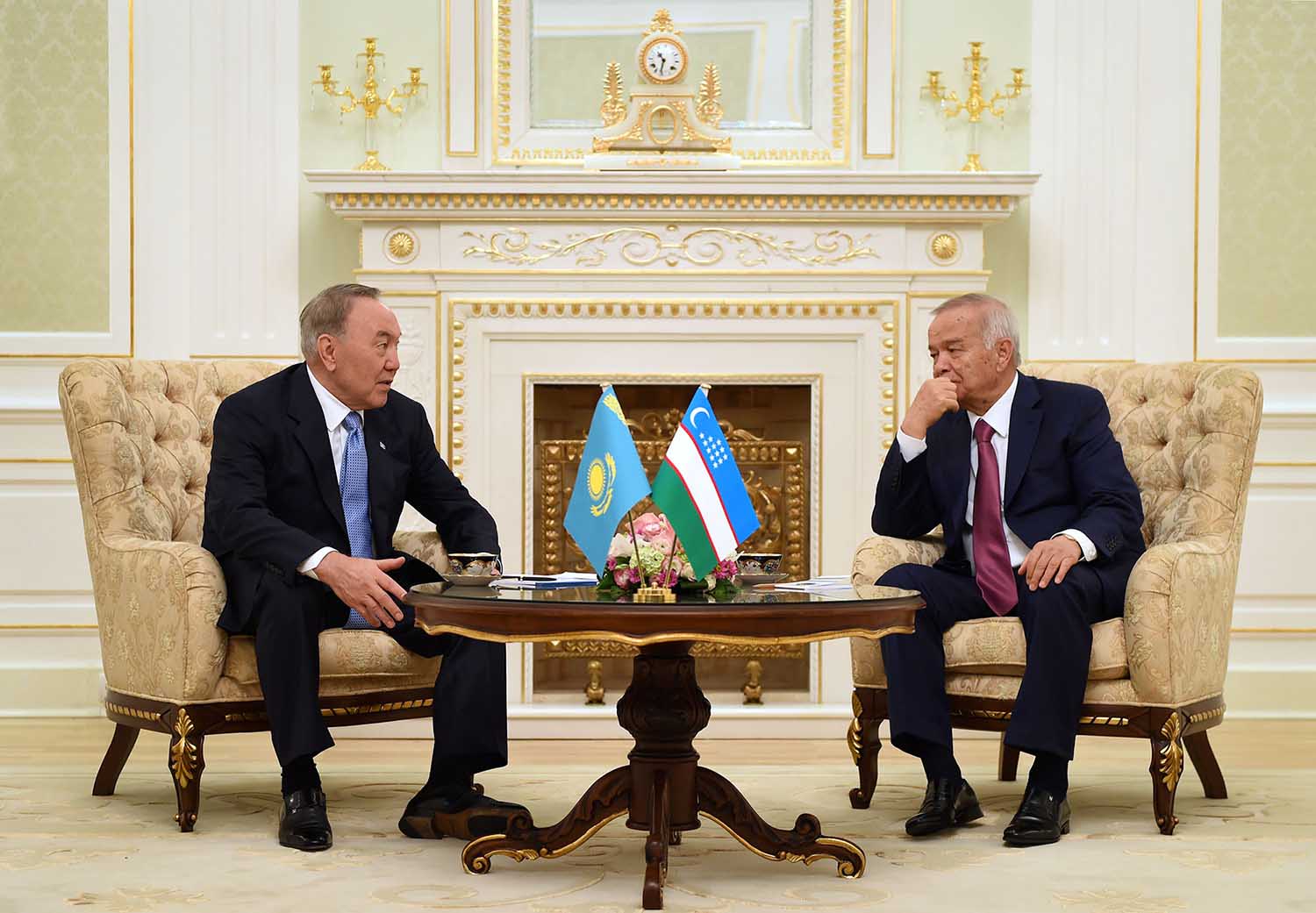