During the meeting, the Supreme Eurasian Economic Council members heard the report on actualizing the digital agenda, and have considered the formation of common markets in the areas of gas, oil and petroleum products and discussed relevant topics for further cooperation as part of the integration association as well.

The President of Kazakhstan stressed that the year 2018 became particularly important in the EAEU history.

- Despite the prevailing external conditions and risks associated with the volatility of the global economy, we have managed to maintain a positive growth trend. Thus, from January to September of this year there was a significant increase in the volume of foreign and mutual trade, Nursultan Nazarbayev said.

In addition, the Head of State pointed to positive trends in joint ventures activities

The President of Kazakhstan noted that the current year the new EAEU Customs Code came into force, which incorporated the most modern approaches to customs administration, including automation of business processes and introduction of "one window" principle.

Nursultan Nazarbayev focused on the results of work in implementing the main directions of the digital agenda until 2025 as well.

-The experiment in satellite monitoring of transit cargo between Kazakhstan and Russian customs services has successfully been conducted. The work is continuing to eliminate barriers and restrictions in mutual trade. In addition, international cooperation is actively developing, the Head of State said.

The President of Kazakhstan expressed support for further expansion of cooperation within the EAEU, stressing the need for in-depth analysis of the economic feasibility of each new direction of work on the part of the EEC and the governments of the participating countries.

- In general, we are taking sure steps towards achieving the EAEU’s key goals - free movement of goods, services, capital and labour. At the same time, we need to make additional efforts to ensure the full-scale functioning of the EAEU, Nursultan Nazarbayev said.

The Head of State pointed out the importance of completing work on documents focused on ensuring four “freedoms”, including the Agreement on Pension Benefits for the EAEU citizens.

- We need to eliminate all the existing obstacles in mutual trade by 2025. This is an important condition for the full functioning of our Association. Commissions and governments need to step up work in this direction, the President of Kazakhstan said.

Nursultan Nazarbayev stressed the need for actualizing "anchor" projects in key sectors of the economy. In this regard, the EAEU Commission and its governments have been recommended to determine the list of these projects.

- Back in 1994, I first spoke at Moscow State University with the idea of ​​creating this integration project and spoke about the principles of equality and voluntary involvement. Then I pictured to myself a powerful economic union, which in length of time translated into a big player on the international stage. Today, this idea has materialized. Next year marks 5 years since inking the Treaty on the EAEU and 25 years of Eurasian integration. I am inviting to meet in regular session in Astana next May, coinciding with these two anniversaries, the Head of State said.

In conclusion, the President of Kazakhstan expressed confidence that the decisions taken as a result of the meeting would give a new impetus for the further development of the organization.

- In 2019, the EAEU chairmanship passes to Armenia. I wish the year of your chairmanship to be fruitful for the good of our nations, Nursultan Nazarbayev said.

Following the Supreme Council session, the following documents have been endorsed:

1. Declaration on further deepening of integration processes within the Eurasian Economic Union.

5. Entry into force of the Agreement on Trade and Economic Cooperation between the Eurasian Economic Union and its member states on the one hand, and the People’s Republic of China on the other hand, dated May 17, 2018, Decision

6. Entry into force of the Interim Agreement leading to free trade zone formation between the Eurasian Economic Union and its member states on the one hand, and the Islamic Republic of Iran on the other hand, dated May 17, 2018, Decision.

7. Amendments to Annex 1 to the Rules of the Eurasian Economic Commission, Decision.

8. Main Directions of the EAEU International Activities for 2019, Decision.

9. Implementing the Decision of the Supreme Eurasian Economic Council.

10. The EAEU annual report on competition in cross-border markets and measures to curb violations of the general rules of competition for 2017, Order.

11. Development of cooperation of the EAEU member states in provision of space and geo-information services based on national sources of Earth remote sensing data.

13. Approval of the fee for business entities when applying to the EAEU Court,  Decision.

14. Medal for Contribution to the EAEU Development, Decision.

15. Early termination of the powers of a member of the EAEU Board, Decision.

16. Appointment of a member of the EAEU Board, Decision.

17. Chairmanship in the EAEU bodies, Decision.

18. Time and venue of the next meeting of the Supreme Eurasian Economic Council, Order. 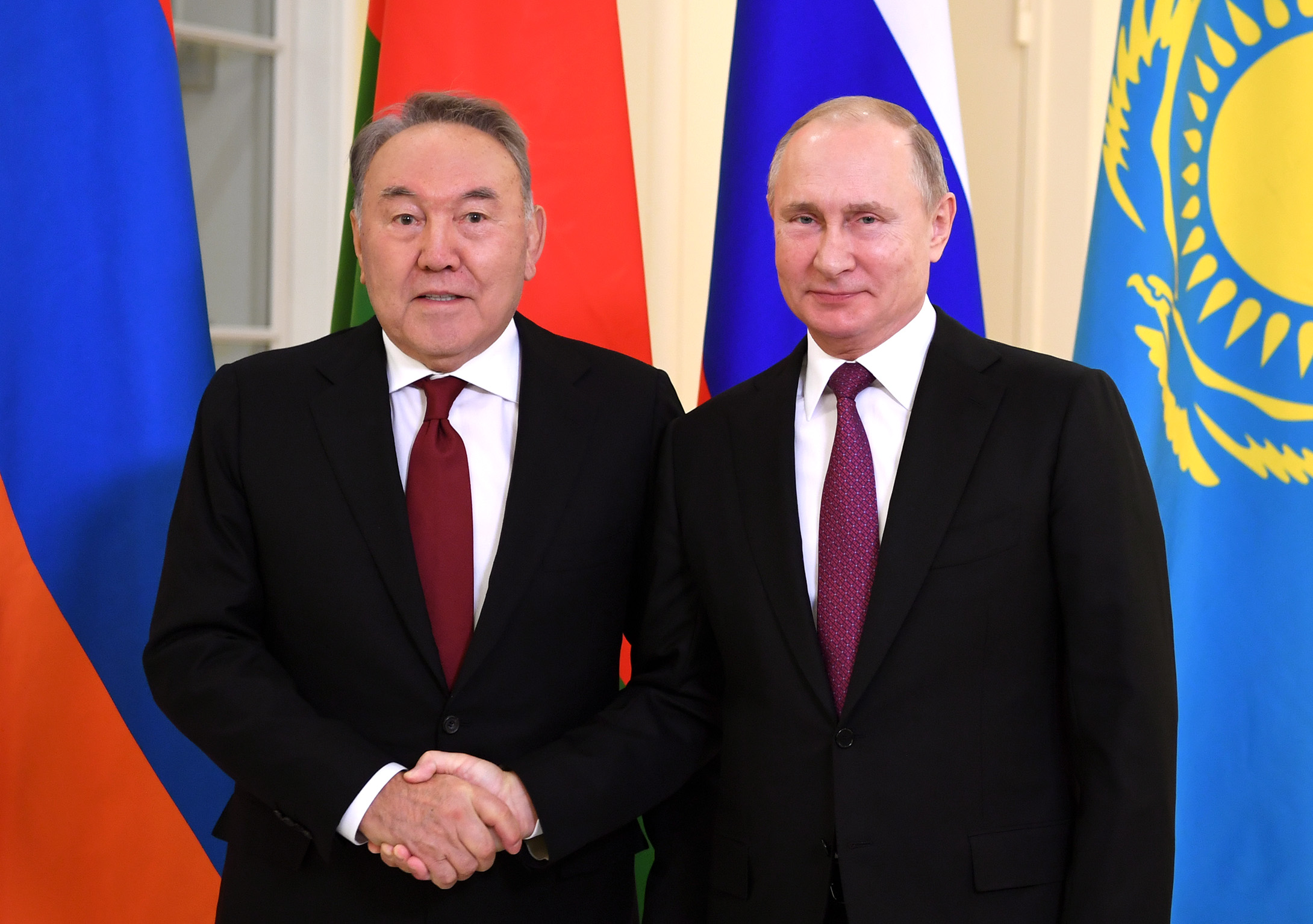 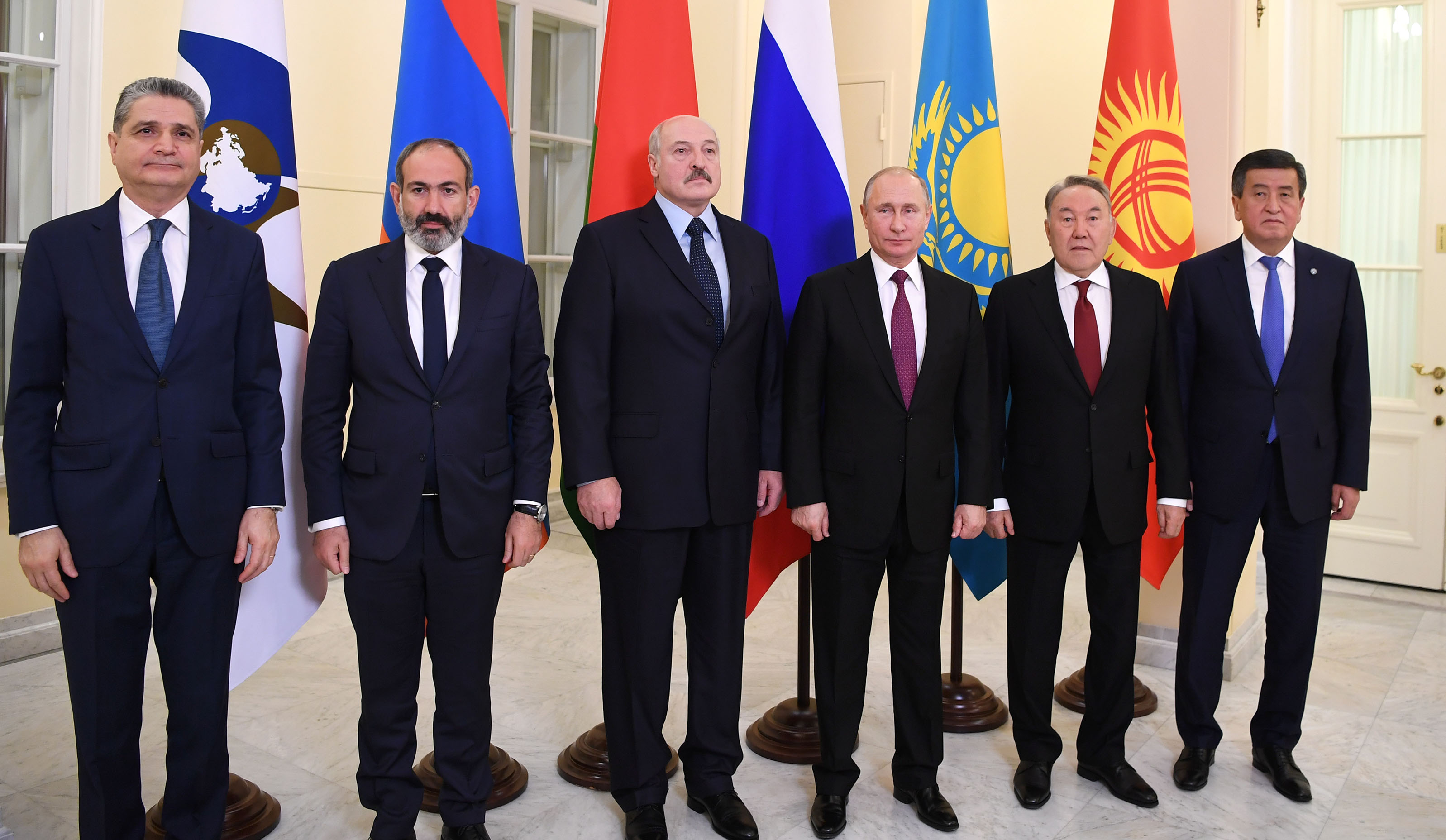 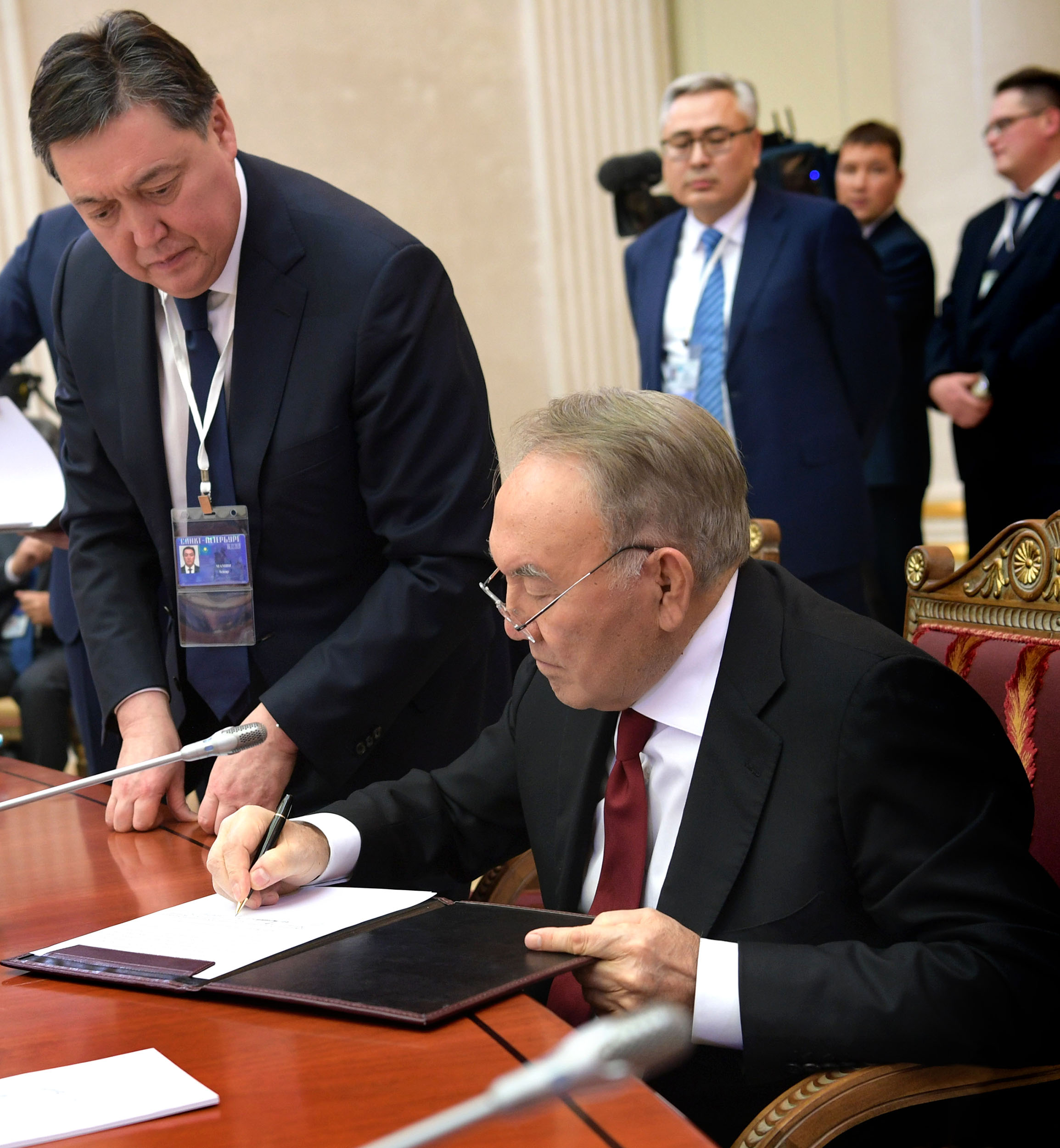