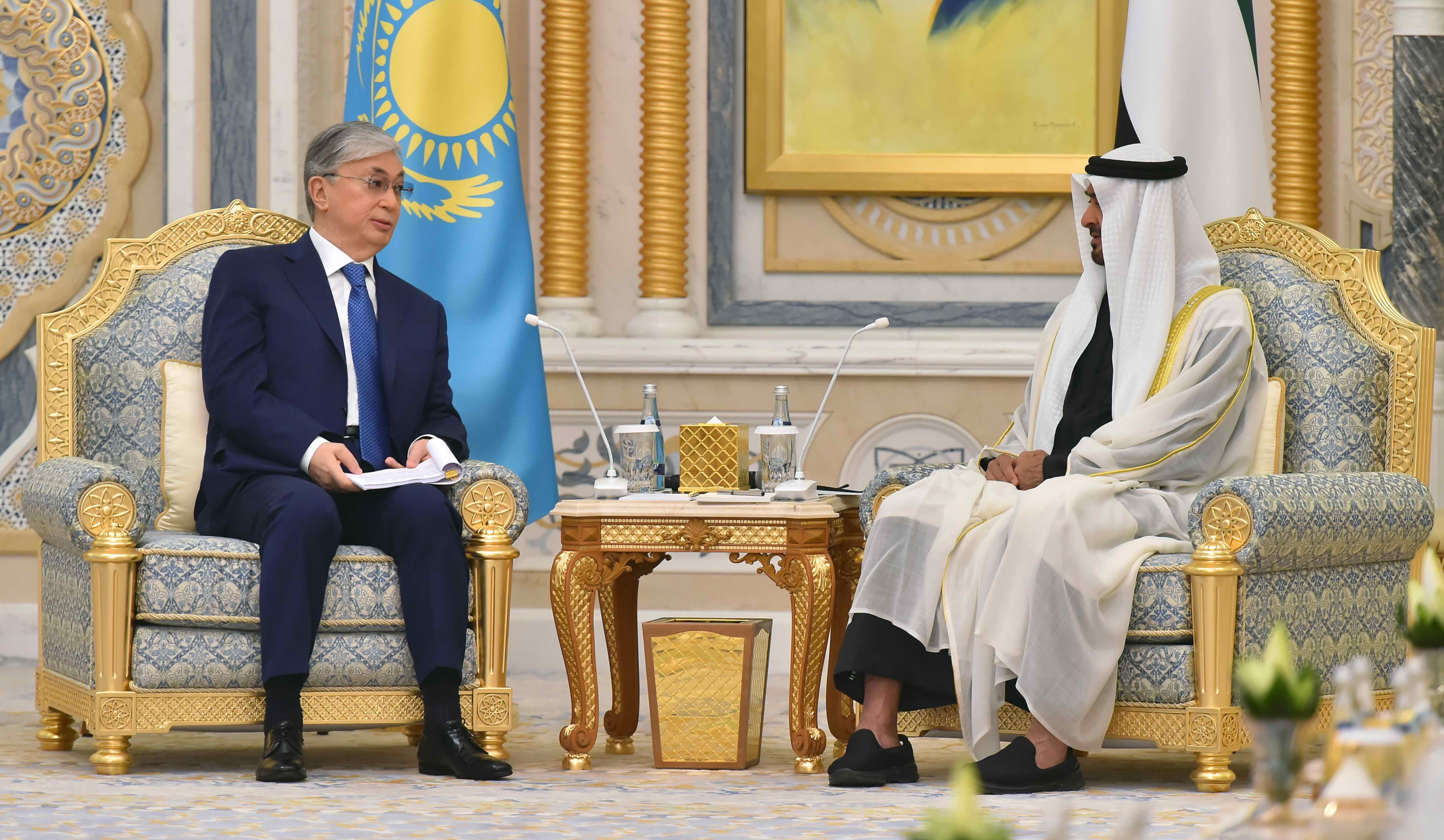 The official meeting ceremony of the President of Kazakhstan was held at the Qaṣr Al-Waṭan Presidential palace. The flags of Kazakhstan were raised and the national anthems of the two countries were played.

Warmly having greeted each other, Kassym-Jomart Tokayev and Sheikh Mohammed bin Zayed al Nahyan made a tour of the Honor guard company. Then the Head of State left an entry in the book of honored guests, and after, the two presented each other the members of official delegations.

At the end of the ceremony, the President of Kazakhstan and the Crown Prince of Abu Dhabi held bilateral talks. The parties focused on the enhancement of bilateral relations and prospects for expanding economic partnership.

“I am happy to welcome you here in the United Arab Emirates. I would like to convey the wishes from the Head of the Emirates for the success of Your visit. I also would like to convey greetings to our close friend, Leader of the Nation Nursultan Nazarbayev. At the moment, bilateral relations between our countries are developing at a high level. The UAE attaches particular importance to strengthening cooperation with Kazakhstan. Cooperation between our countries covers a wide range of areas,” Sheikh Mohammed bin Zayed Al Nahyan said.

Kassym-Jomart Tokayev thanked Sheikh Mohammed for his hospitality and noted that as President, he is paying his first visit to the Arab world in the United Arab Emirates.

“The history of relations between the two countries has deep roots. We are bound by true friendship, mutual understanding and trust. Therefore, our relations have great prospects. The main goal of my visit is to give a new impetus to cooperation between the two states. We have achieved great success, but we cannot stand still, we must move forward. I attach particular importance to this visit and have high hopes for it,” Kazakhstan’s President noted.

During the meeting, the two sides discussed issues of cooperation in petrochemicals, agriculture, transport and logistics, financial and investment areas.

Kassym-Jomart Tokayev reminded that the two states on the verge of historical milestones as the next year the Emirates will mark its 50th anniversary, while Kazakhstan 30th anniversary of Independence.

After the meeting, the President of Kazakhstan and the Crown Prince of Abu Dhabi witnessed an exchanging of the following documents: 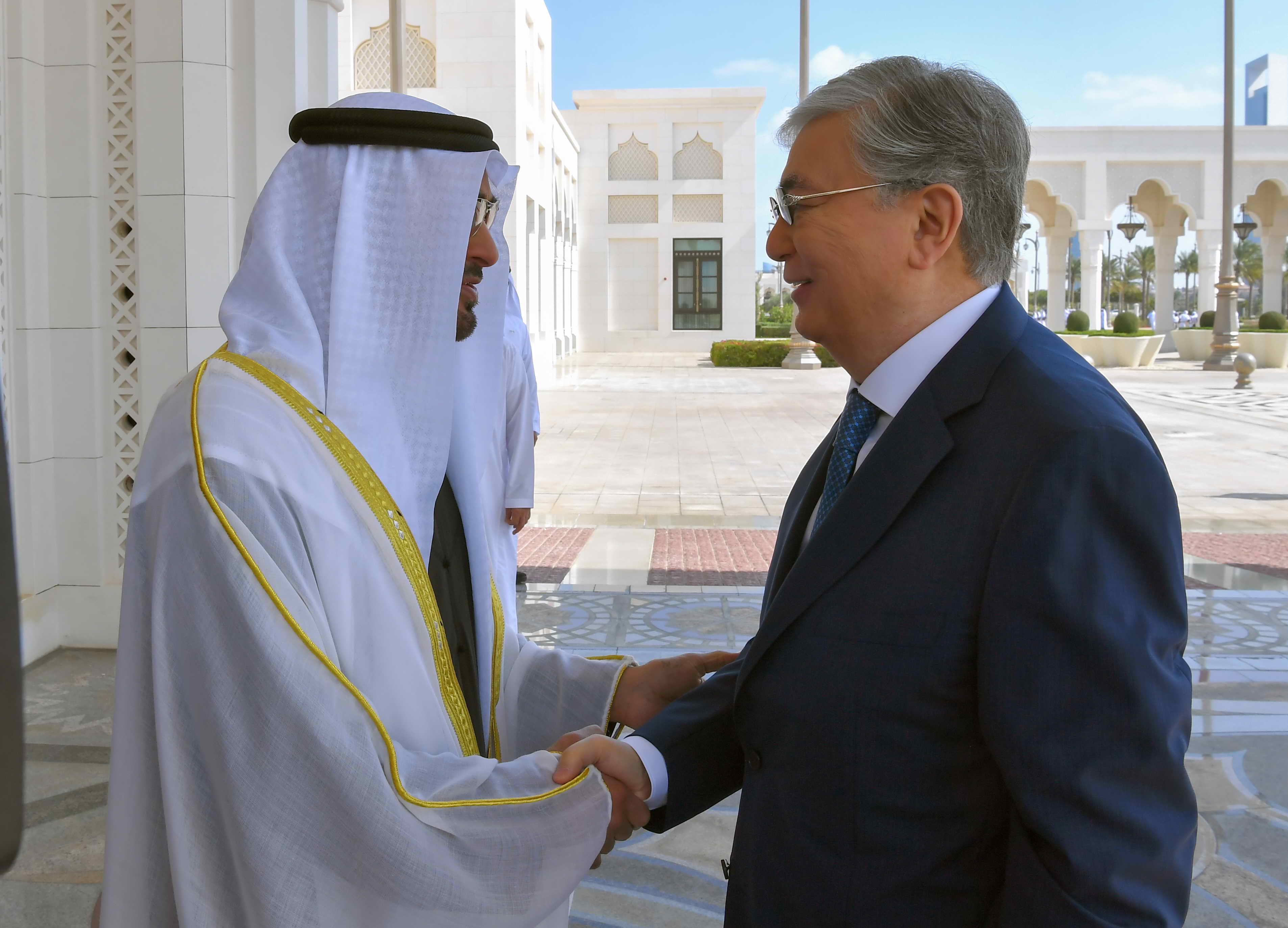 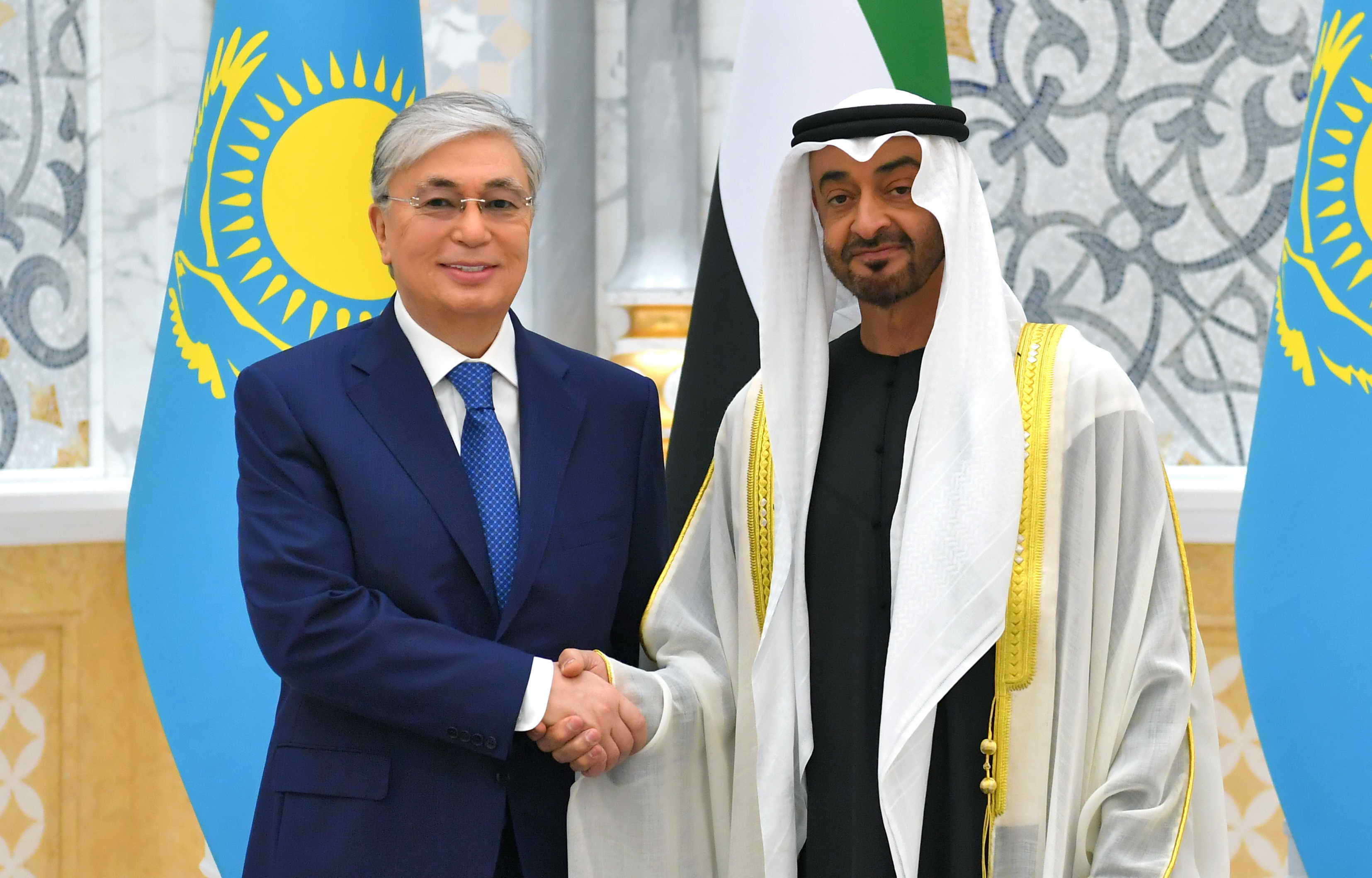 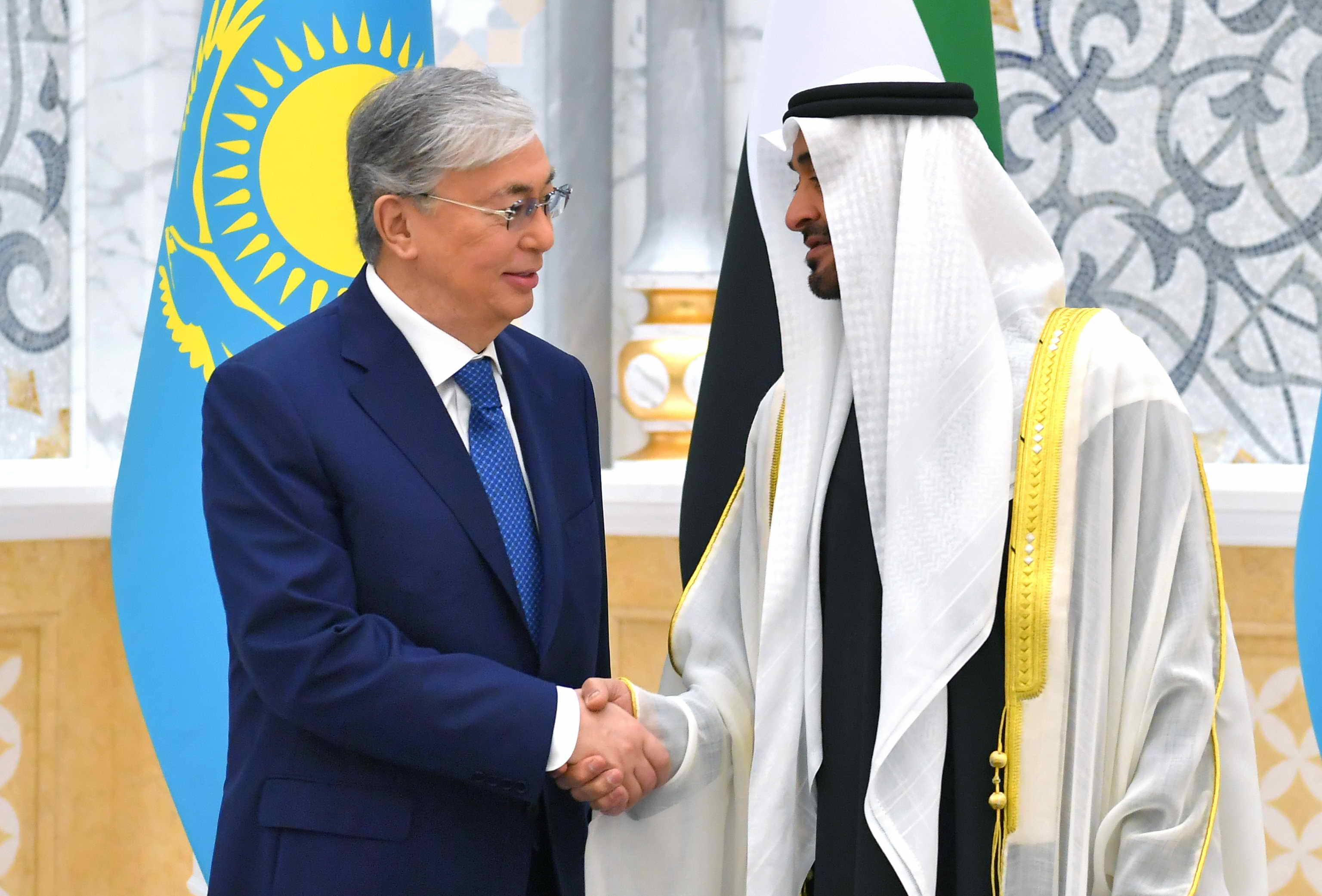 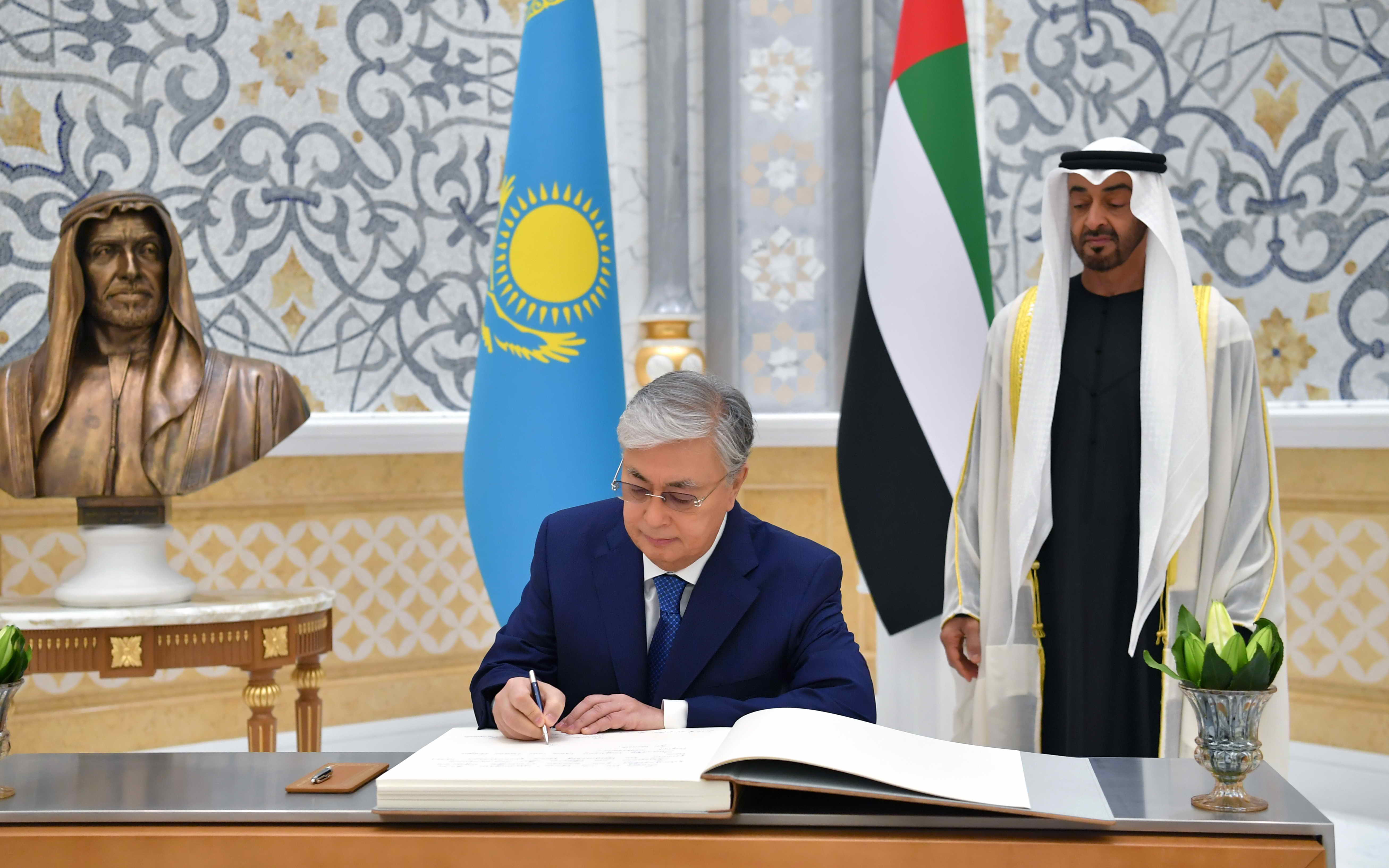 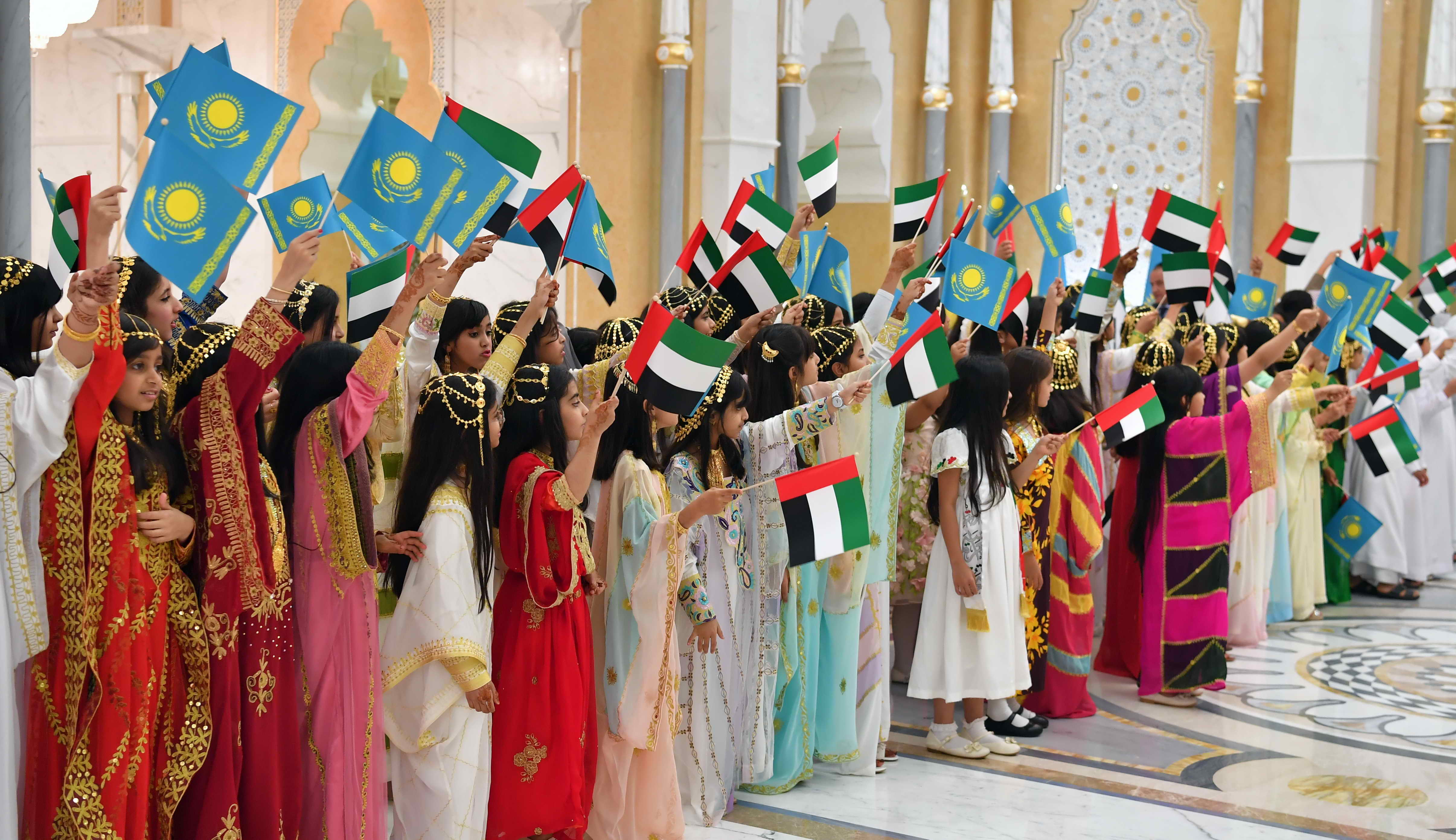 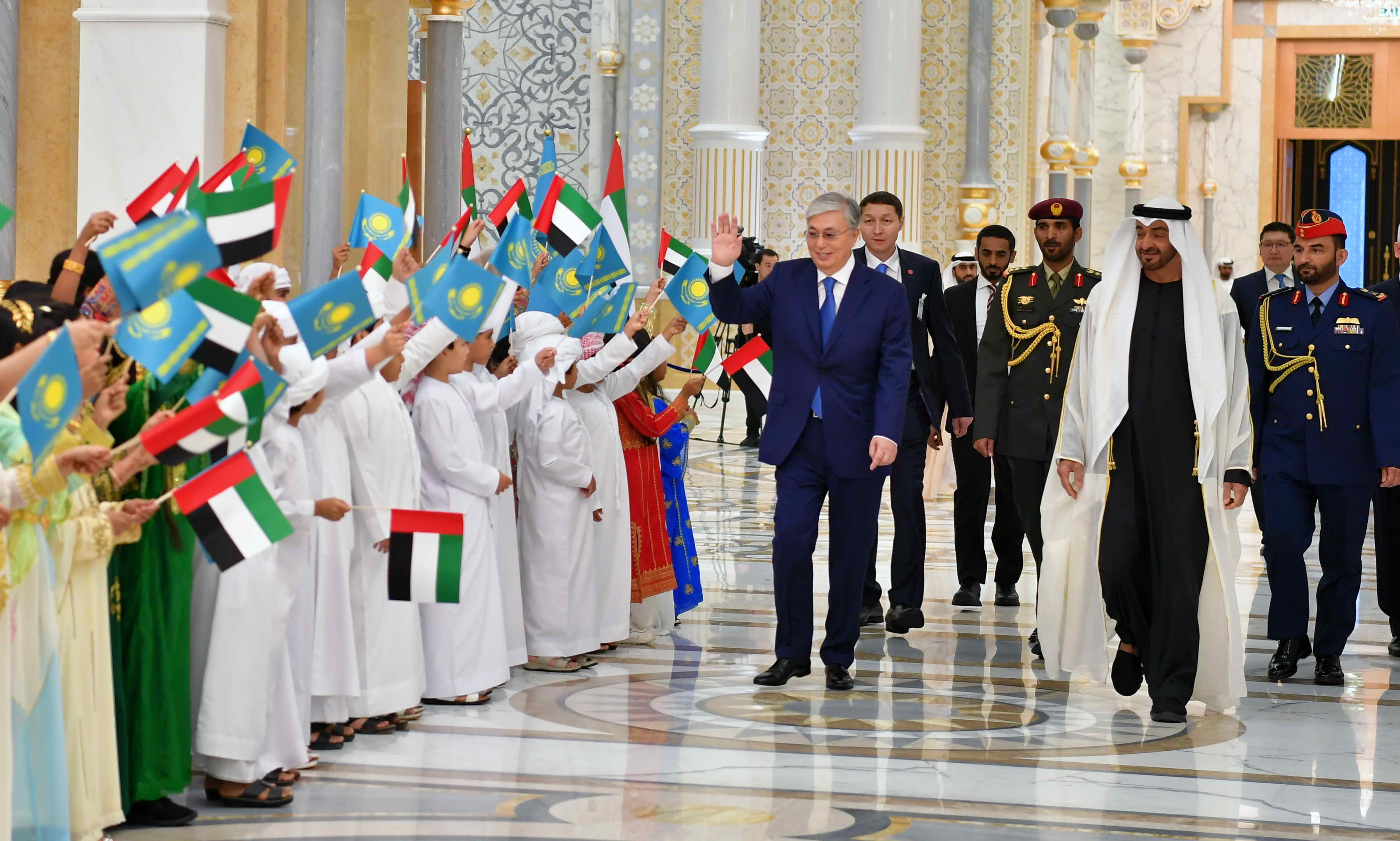 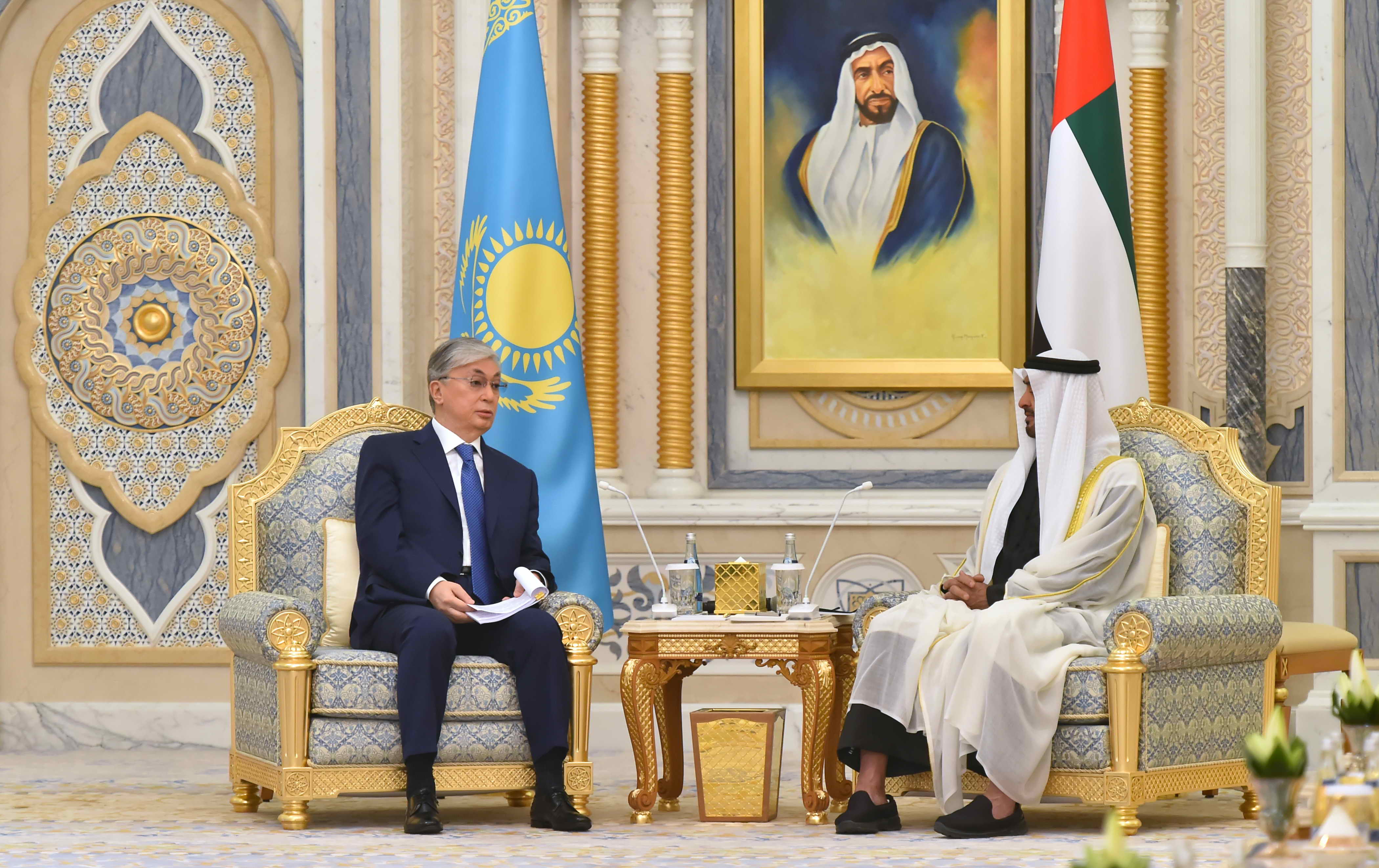 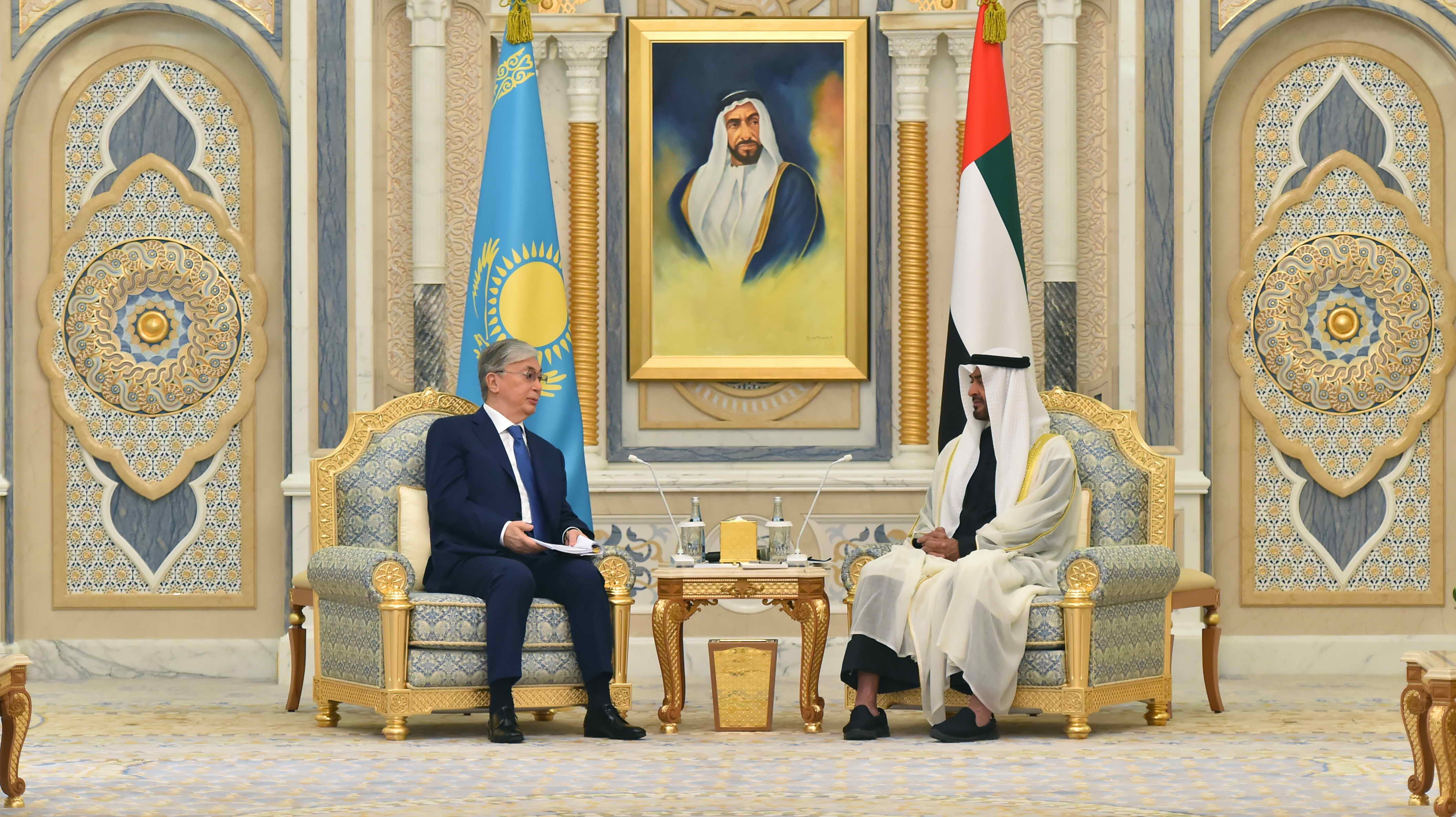 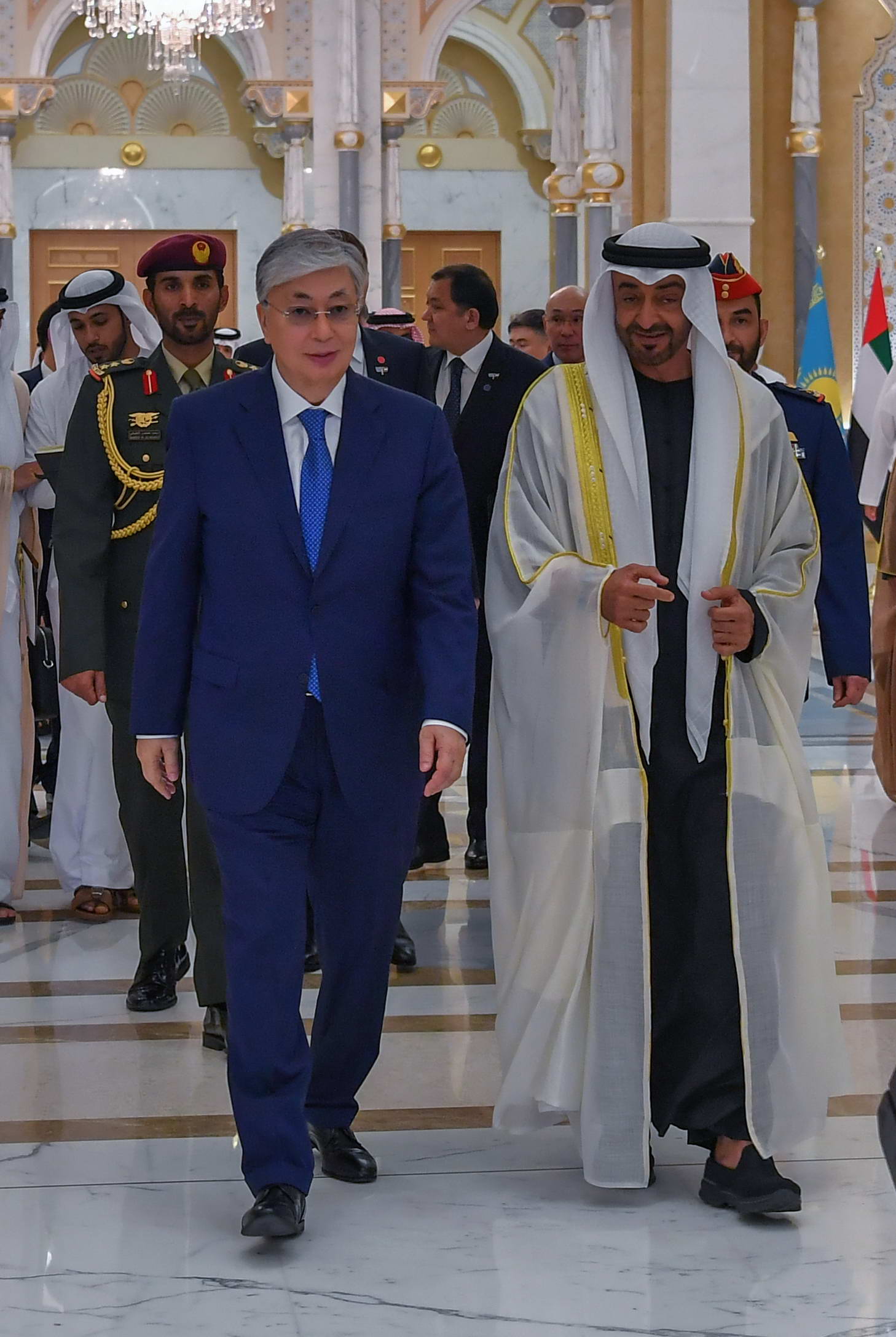 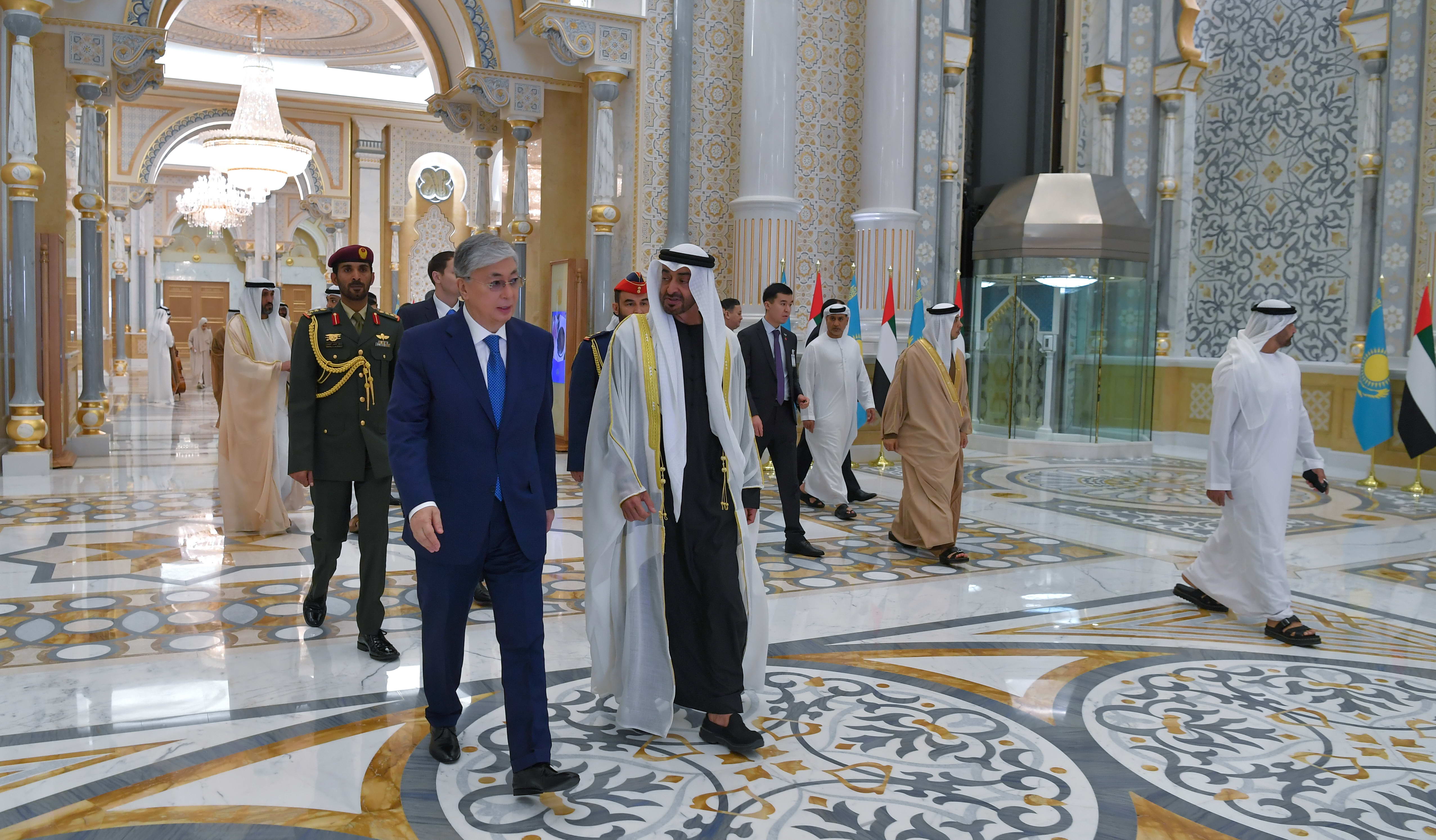