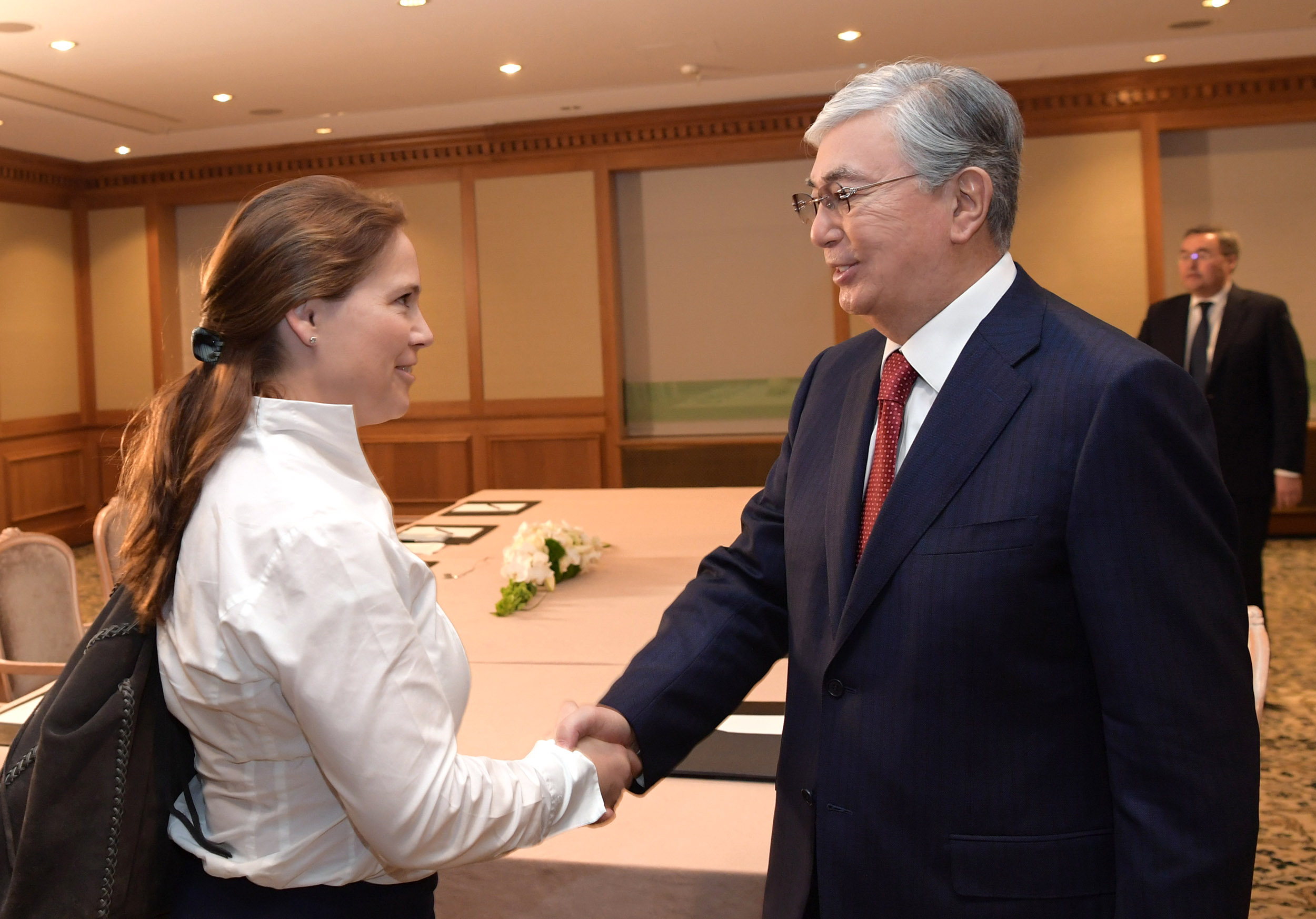 President of Kazakhstan held meetings with representatives of German business

The program of the visit of Kazakhstan’s President Kassym-Jomart Tokayev in Berlin have continued by a series of meetings with representatives of German business.

During the conversation with Cathrina Claas-Mühlhäuser, Chairman of the Supervisory Board of CLAAS Group, President Tokayev discussed implementation of joint investment projects. CLAAS Group is represented in Kazakhstan by the distribution network “CT Agro”, which sells agricultural machinery and maintains its service.

“Our strategy is to diversify investments that come from many countries. We would like to make Germany the main strategic partner in terms of investments,” the President of Kazakhstan said.

Cathrina Claas-Mühlhäuser expressed satisfaction with the fact that Kazakhstan intends to develop cooperation not only with large but also with medium-sized companies.

“Today's talks with Chancellor Angela Merkel and President Frank-Walter Steinmeier were held at a high level. I am sure it will give a new impetus to the development of bilateral cooperation,” the Head of State noted.

Christian Bruch informed that in 2013 his company launched the production of technical gas on the basis of Arcelor Mittal Temirtau JSC, investing about 95 million euros into this project.

“Today, Linde AG is implementing the second phase of the project and intends to invest another 80 million euros,” he added.

In addition, German businessmen are negotiating with KazMunayGas JSC the construction of a gas processing plant in Zhanaozen, Mangystau region.

Bernd Montag, CEO of Siemens Healthineers presented Kassym-Jomart Tokayev the project of construction of the cancer centre based on the principles of public-private partnership. The company intends to establish long-term cooperation with Kazakhstan, which would contribute to the increase of the industrial potential of our country. 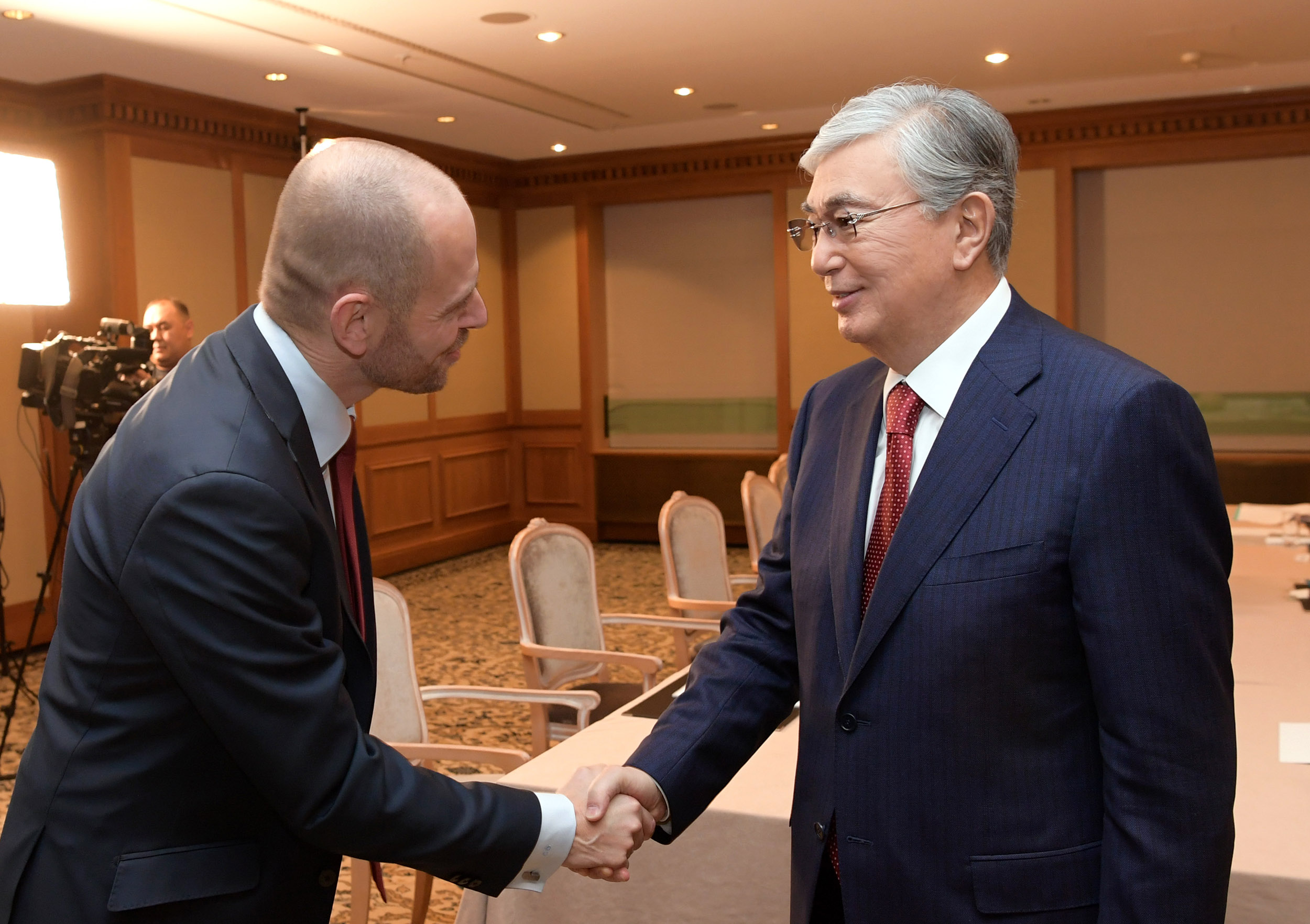 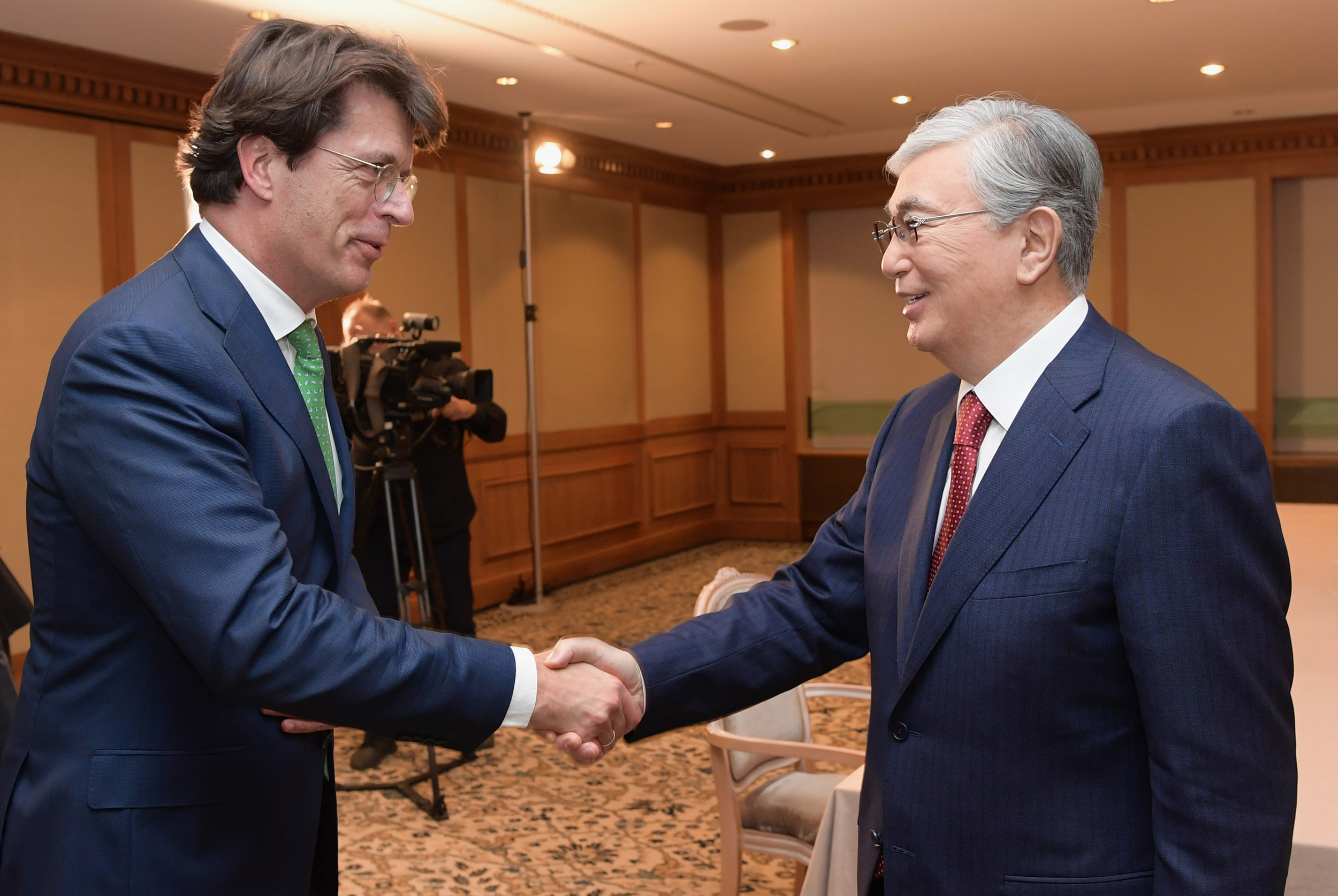 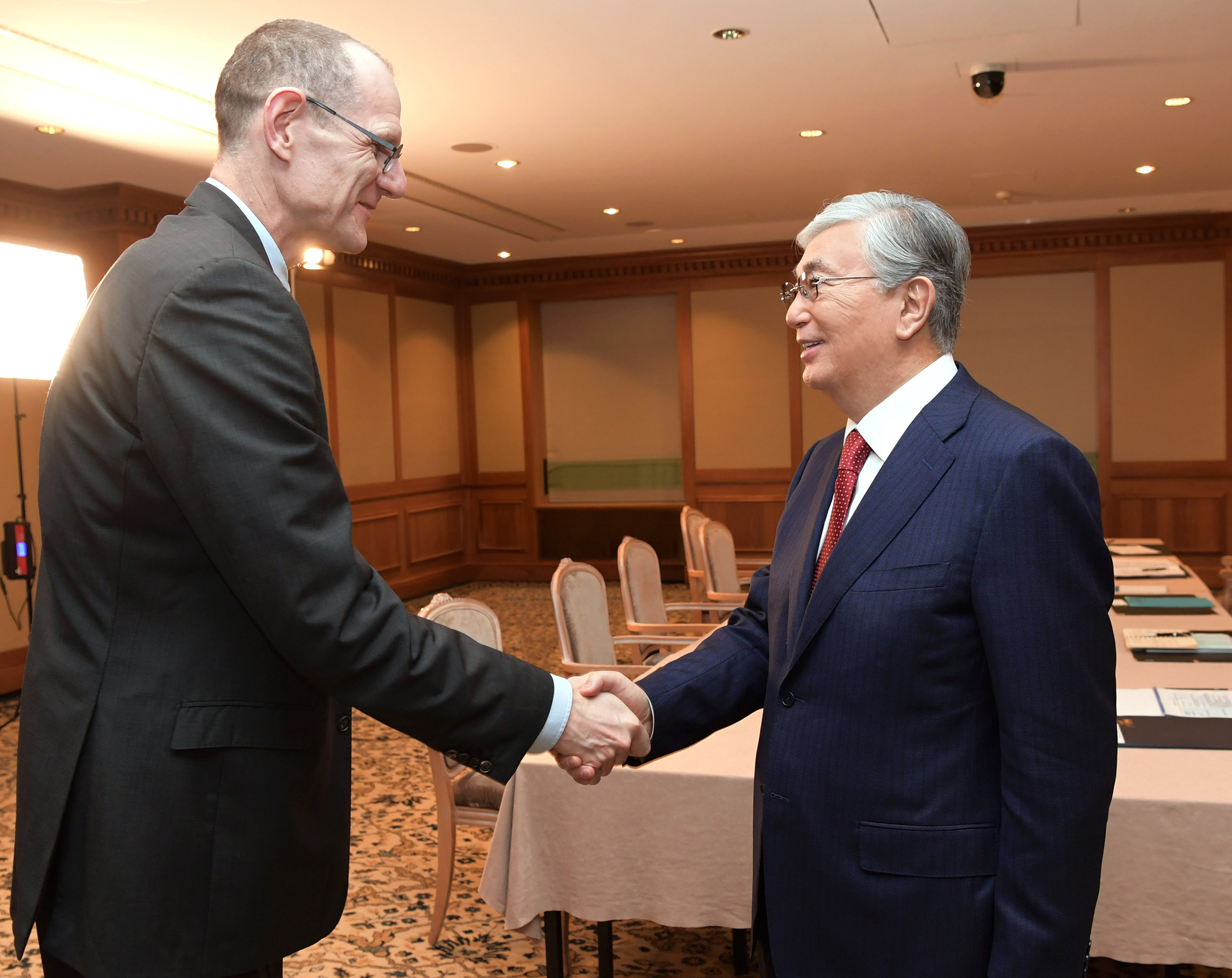