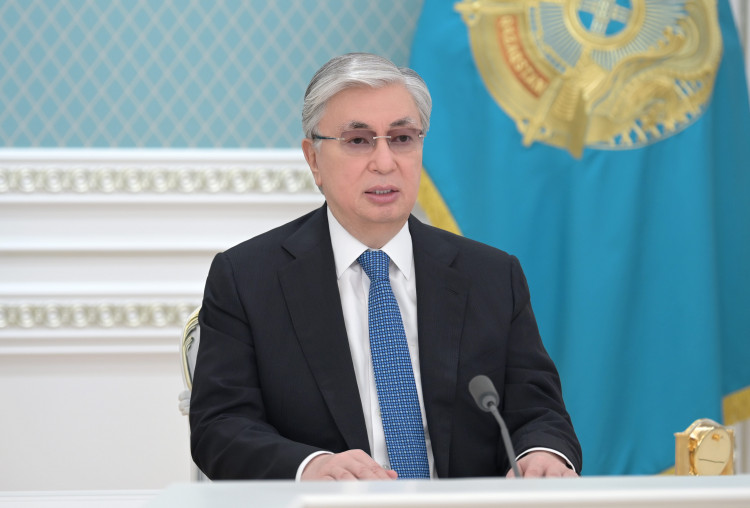 Kassym-Jomart Tokayev delivered a video statement to the participants of the Generation Equality Forum, organized by the UN Women, the governments of France and Mexico.

The virtual forum is designed to consolidate global efforts in gender equality area, the main goal of which is to create a multilateral mechanism based on the practical commitments of all participants involved in the process.

In his speech, the President stressed that for 30 years of Independence, Kazakhstan has consistently pursued a progressive policy focused on supporting women.

“Over the 30 years of Independence, Kazakhstan was implementing progressive women-oriented policies. We have established a robust legal framework topped by the Concept of Family and Gender Policy until 2030. Last month, I signed a Decree on Further Human Rights Measures, with gender equality as one of its major focus areas. Kazakhstan also promotes gender issues as a foreign policy priority in the regional dimension,” President Tokayev noted.

Furthermore, the Head of State announced Kazakhstan’s joining to the Action Coalitions on Gender-Based Violence, and Economic Justice and Rights. In this regard, he informed about the following commitments on behalf of Kazakhstan.

In particular, the President told about the decision to launch the nation-wide study on prevalence of violence against women and girls.

He also noted that Kazakhstan is ready financially contribute to the UN and EU-led Spotlight Initiative’s Regional Programme for Central Asia and Afghanistan.

In addition, Kazakhstan President shared the plans to establish special resource centers throughout Kazakhstan to expand access to financial and other support for female entrepreneurs.

Speaking about the measures taken at the legislative level, the Head of State announced his intention to revise the list of women-restricted hazardous jobs, as well as enhance social and legal support for women and children.

Concluding his statement, Kassym-Jomart Tokayev confirmed his strong commitment to the noble cause of women’s equality, safety and empowerment.