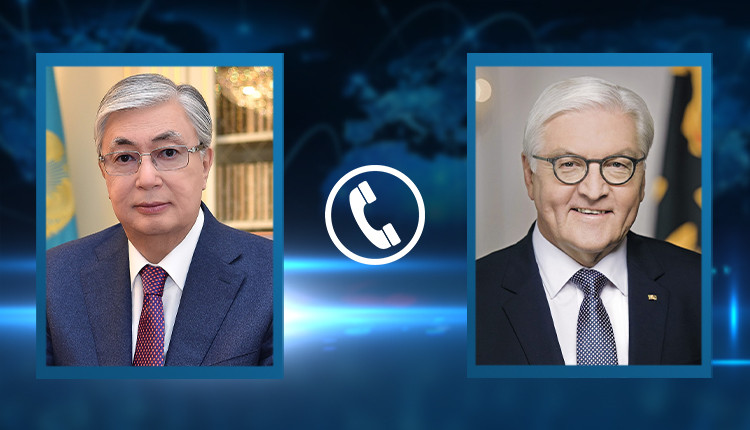 At the initiative of the German side, President Kassym-Jomart Tokayev had a telephone conversation with Federal President Frank-Walter Steinmeier of Germany.

The heads of state thoroughly exchanged views on the situation in Ukraine. Frank-Walter Steinmeier outlined the well-known position of the European Union regarding the reasons for the unexpected decision of the Russian leadership to launch a military campaign in Ukraine, which had led to a humanitarian catastrophe in that country.

Kassym-Jomart Tokayev stated that all states should strictly adhere to the norms and principles of the UN Charter. According to the President, the Ukrainian crisis is quite complex in its origin, nevertheless, new diplomatic opportunities should be sought for a peaceful solution of the conflict situation in order not to harm further damage to civilians and prevent from total destruction of civilian infrastructure on the Ukrainian territory.

According to President Tokayev, Kazakhstan is ready to provide humanitarian assistance to the Ukrainian people with medicines and other necessary products, transport options for its delivery to the destination are currently being considered. Kazakhstan’s Government also helped evacuate 435 of our citizens to their homeland and more than 650 citizens to European countries.

President Tokayev and President Steinmeier also noted steady progress in relations between the two countries, which was enhanced by the official visit of Kazakhstan’s President to Germany in December 2019. The leader of Kazakhstan invited German President to pay a visit to Kazakhstan at a convenient time. The invitation was gratefully accepted.

At the end of the phone call, Frank-Walter Steinmeier noted that he supports Kazakhstan’s modernization policy and welcomes Kassym-Jomart Tokayev’s commitment to move forward on the path of political and economic reforms.