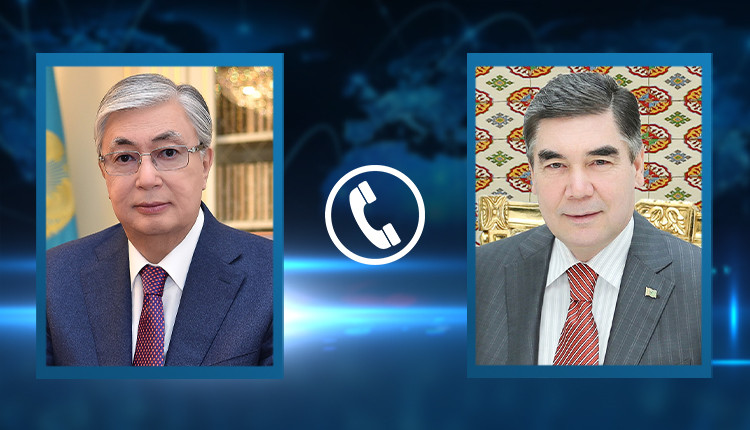 The heads of state discussed prospects for further strengthening of bilateral relations, including the implementation of agreements reached following President Tokayev’s state visit to Ashgabat in October last year.

The two presidents noted with satisfaction the growth of mutual trade, the intensification of cooperation in the energy, transport, industry and agriculture areas. They also expressed interest in further expansion of trade, economic, investment, cultural and humanitarian ties between the two fraternal countries.

The Kazakhstan leader expressed sincere respect for Turkmenistan President and expressed support for Gurbanguly Berdimuhamedow's decision to hold early presidential elections. According to President Tokayev, the extensive political and life experience of the Turkmen leader will undoubtedly serve the cause of prosperity of this state.