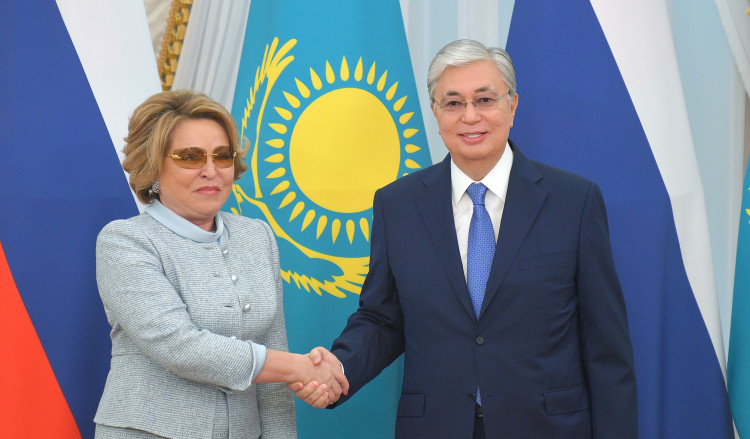 President Kassym-Jomart Tokayev held a meeting with Valentina Matviyenko, the Speaker of Federation Council of the Federal Assembly of Russia

Kassym-Jomart Tokayev held a meeting with Speaker of Federation Council of the Federal Assembly of the Russian Federation Valentina Matviyenko, who is in Kazakhstan on an official visit.

During the meeting, they discussed the prospects for strengthening the multifaceted Kazakh-Russian strategic partnership and alliance. The two also touched upon pressing issues of trade, economic, cultural and humanitarian cooperation, Eurasian integration, as well as the two countries’ joint efforts to tackle the pandemic.

Welcoming the delegation of the Federation Council, the Head of State highly appreciated Valentina Matviyenko’s personal contribution to the development and strengthening of bilateral relations with our country, as well as her fruitful work as Chair of the Council of the CIS Inter-Parliamentary Assembly.

The President emphasized the role of contacts of legislative bodies in the rapprochement of Kazakhstan and Russia.

“I believe that parliamentary diplomacy plays an increasingly important role in the development of interstate cooperation, and this fully applies to cooperation between Kazakhstan and the Russian Federation. For us, the relations of friendship and alliance are of paramount and priority importance,” President Tokayev said.

Kassym-Jomart Tokayev told the Federation Council Speaker about the political and economic reforms being implemented in our country.

During the talks, the Head of State noted the defining influence of President Vladimir Putin's political course on strengthening Russia’s position in the international arena.

“Under Vladimir Putin’s strong and reputable leadership, the Russian Federation has shown itself in the international arena as a state with which all countries of the world count, and without which no key international problem finds its solution,” Kassym-Jomart Tokayev stressed. 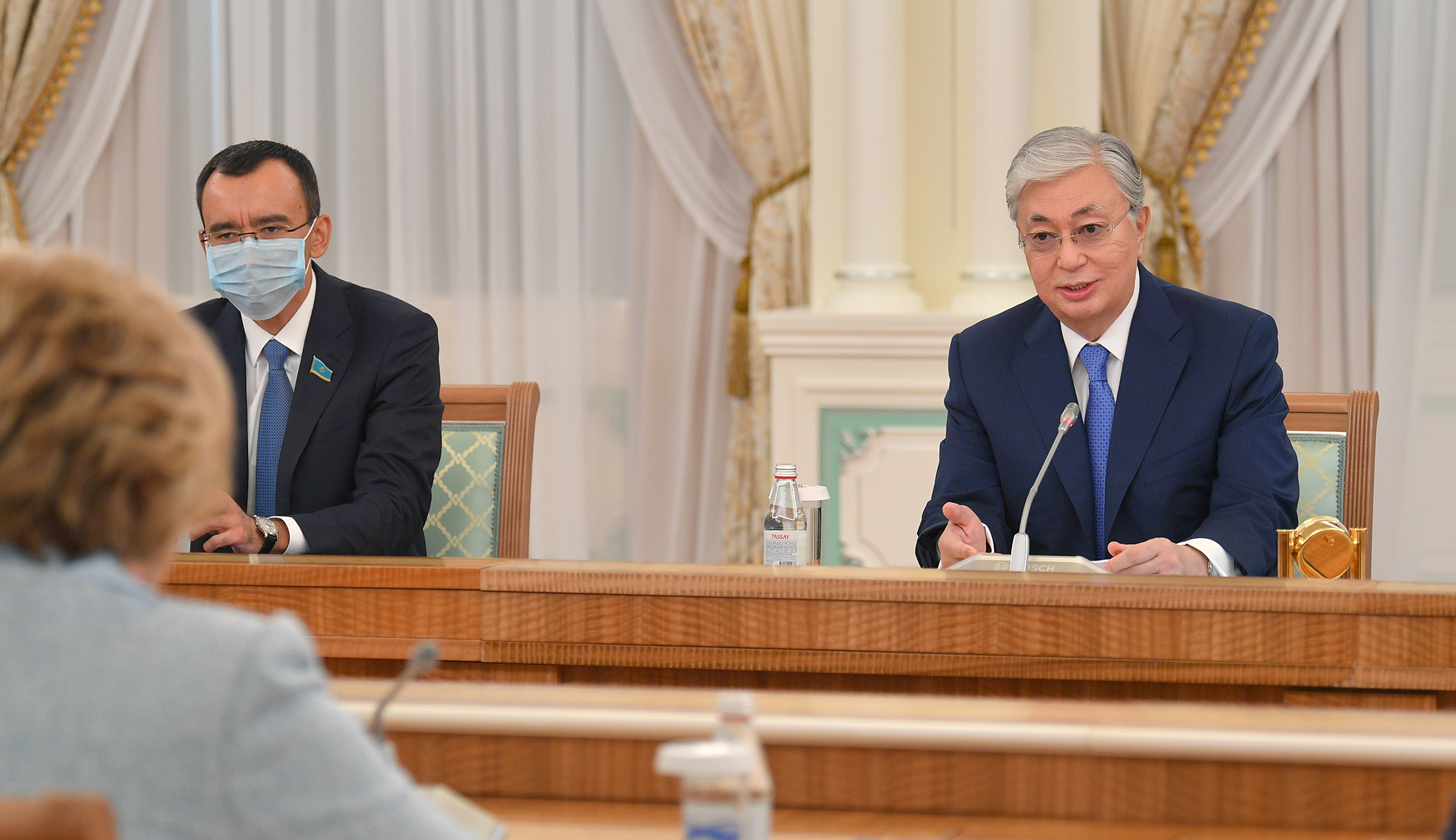 In turn, Valentina Matviyenko expressed her sincere gratitude to the President for the opportunity to meet.

“Prior my trip, I spoke with Vladimir Putin, and he asked me to convey his sincere greetings and best wishes to you. He once again stressed that he highly values your trusting and open relations. He reaffirmed that all the agreements reached will be implemented,” the Federation Council Speaker said.

“At the times, Vladimir Putin said that Nur-Sultan is a miracle of the modern world. Indeed, this is a miracle that is getting prettier and developing before our eyes. I know that the City Day will be celebrated on July 6. I would to congratulate you and all Nur-Sultan’s residents on this upcoming holiday,” she said.

Speaker Matviyenko also informed President Tokayev about the negotiations results held in the Senate and the Majilis of the Parliament. 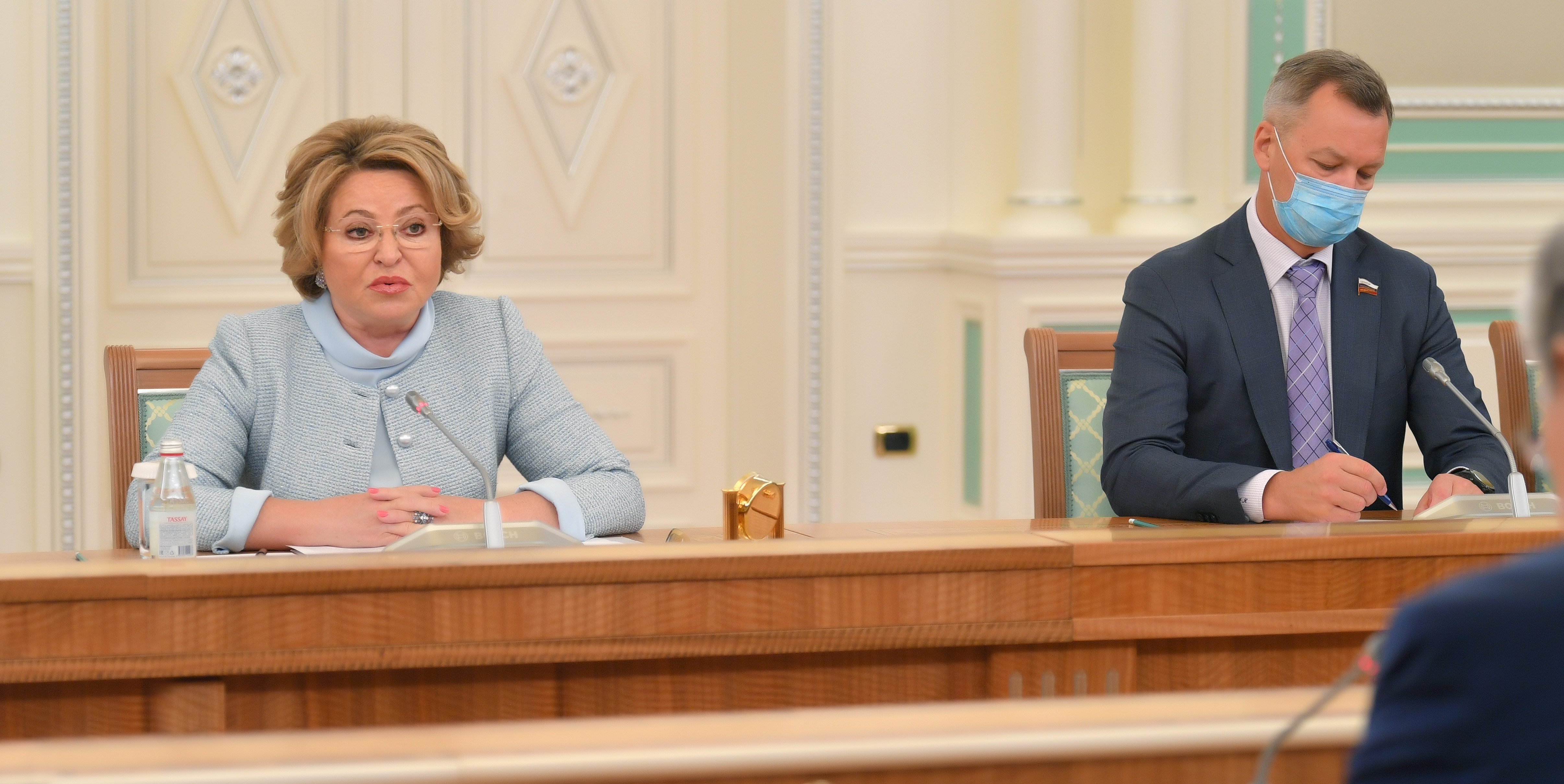