The Head of State held a meeting with the leadership of the Interior Ministry.

In his opening remarks, the President said that he signed decrees on dismissal of the Minister of Internal Affairs Yerlan Turgumbayev and appointment of Marat Akhmetzhanov to this position.

Kassym-Jomart Tokayev noted that the first to take the blow of provocateurs and radical forces during the tragic events in January were the personnel of the Ministry of Internal Affairs.

According to him, many police officers, staying faithful to their duty, showed tenacity and courage in ensuring law and order and safety of citizens.

The President drew particular attention to the need to ensure the rule of law and respect for citizens’ rights during the investigation.

“I must say that this tragedy has also revealed quite a few drawbacks in the system of internal affairs bodies. We must learn the lessons of the past tragedy, identify and eliminate all the prerequisites for preventing the recurrence of such events, including identifying all the criminals and provocateurs to bring them to justice according to the law. But at the same time it is necessary to strictly prevent unauthorized methods of investigation," the Head of State said. 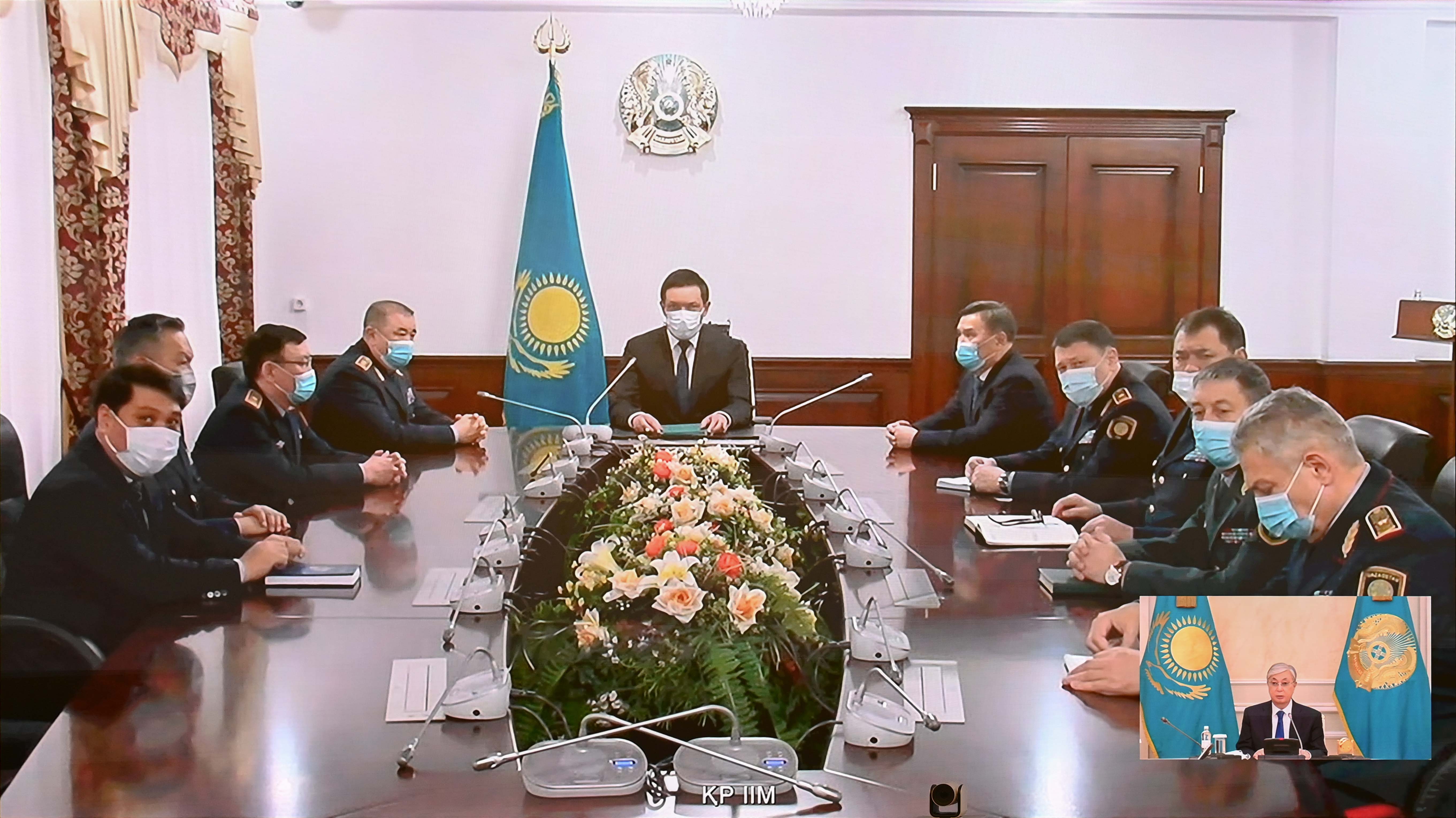 Kassym-Jomart Tokayev emphasized that the internal affairs bodies should be guarantors of law and order, and security of citizens.

The new Minister was instructed by the Head of State to take all measures to increase the level of protection of the rights and legal interests of citizens and the population's trust in the police. He also noted the need to continue the reform of the internal affairs bodies, including the introduction of a service police model, and to improve the quality of selection and training of officers.