The closing ceremony of the VII Congress of Leaders of World and Traditional Religions began with the announcement of the Final Declaration.

Summing up the results of the two-day largescale gathering, Kassym-Jomart Tokayev noted that during these days the Kazakh land was at the spotlight of a constructive dialogue between different cultures. Influential leaders of the clergy from all over the world gathered here under one roof.

“We all have a common goal – the establishment of harmony of civilizations, the strengthening of peace and stability. Many important ideas and meaningful speeches were delivered at this Congress. I believe that all of them will contribute to our efforts to build a harmonious world. I thank religious figures, politicians and representatives of international organizations who supported our initiative by taking part in the Congress. I also express my gratitude to the diplomats, volunteers, journalists, and everyone who was involved in the organization and coverage of the forum,” the Head of State said.

Moreover, Kassym-Jomart Tokayev, on behalf of the people of Kazakhstan and on his own behalf once again expressed his sincere gratitude to Pope Francis for his historic visit to our country and participation in the work of the Congress.

“We are confident that your passionate voice and strong message will be a source of inspiration and hope for many millions around the world,” the President said. 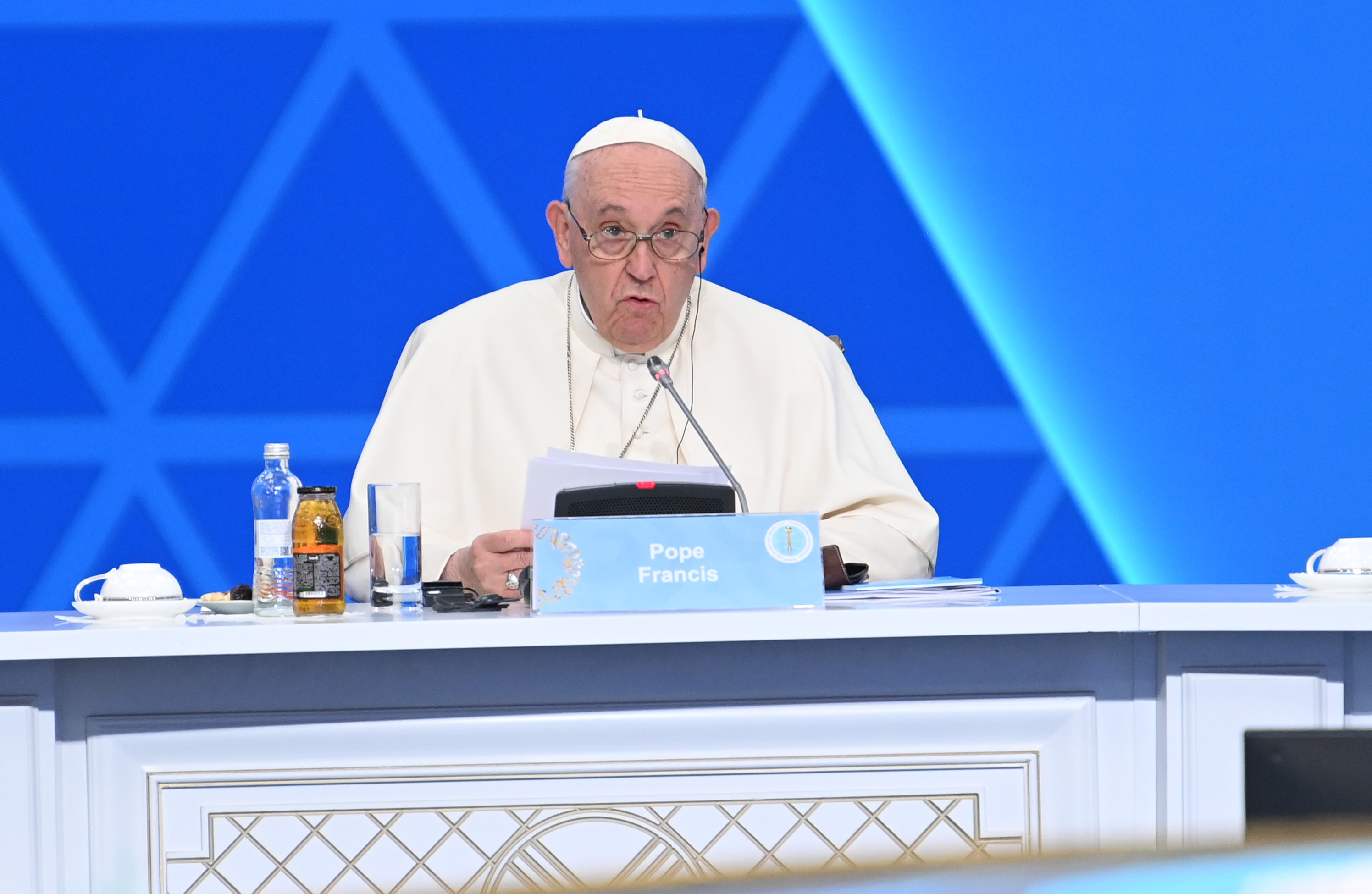 The Kazakh leader noted that VII Congress of Leaders of World and Traditional Religions has taken place at unique and highly consequential global moment. In his opinion, amid an increasingly turbulent geopolitical post-pandemic world, it becomes more crucial to develop new approaches to strengthening inter-civilizational dialogue and trust at the global level. The President believes that today’s forum has made a significant contribution to this vital ongoing work.

“We have collectively condemned both “power politics” and “hate speech,” which contribute to the mutual alienation of nations, the erosion of states and the degradation of international relations. Today, as never before, it is vital to put to good use the peacemaking potential of religions, to unite the efforts of spiritual authorities in search of long-term stability. All faiths are based on humanistic ideals, recognition of the supreme value of human life, and the aspiration for peace and creation. These fundamental principles must be reflected not only in the spiritual sphere, but also in the socio-economic development of states and international politics,” Kassym-Jomart Tokayev believes.

In addition, the Head of State noted that one of the most important topics of discussion was overcoming inequalities of all kinds since they are a source of national upheaval and global crises. Special emphasis was placed on digital and gender issues, the importance of education, and the role of religion in eliminating social divides.

In his speech, President Tokayev called it urgent to search for ways to strike a balance between economic growth and spiritual and moral progress.

“I am convinced that religious leaders can and must insist on simultaneous and complementary spiritual and technological development,” he said.

Kassym-Jomart Tokayev is convinced that spiritual leaders can and will help in overcoming the contradictions of the modern world, and in achieving greater wellbeing for all humanity. 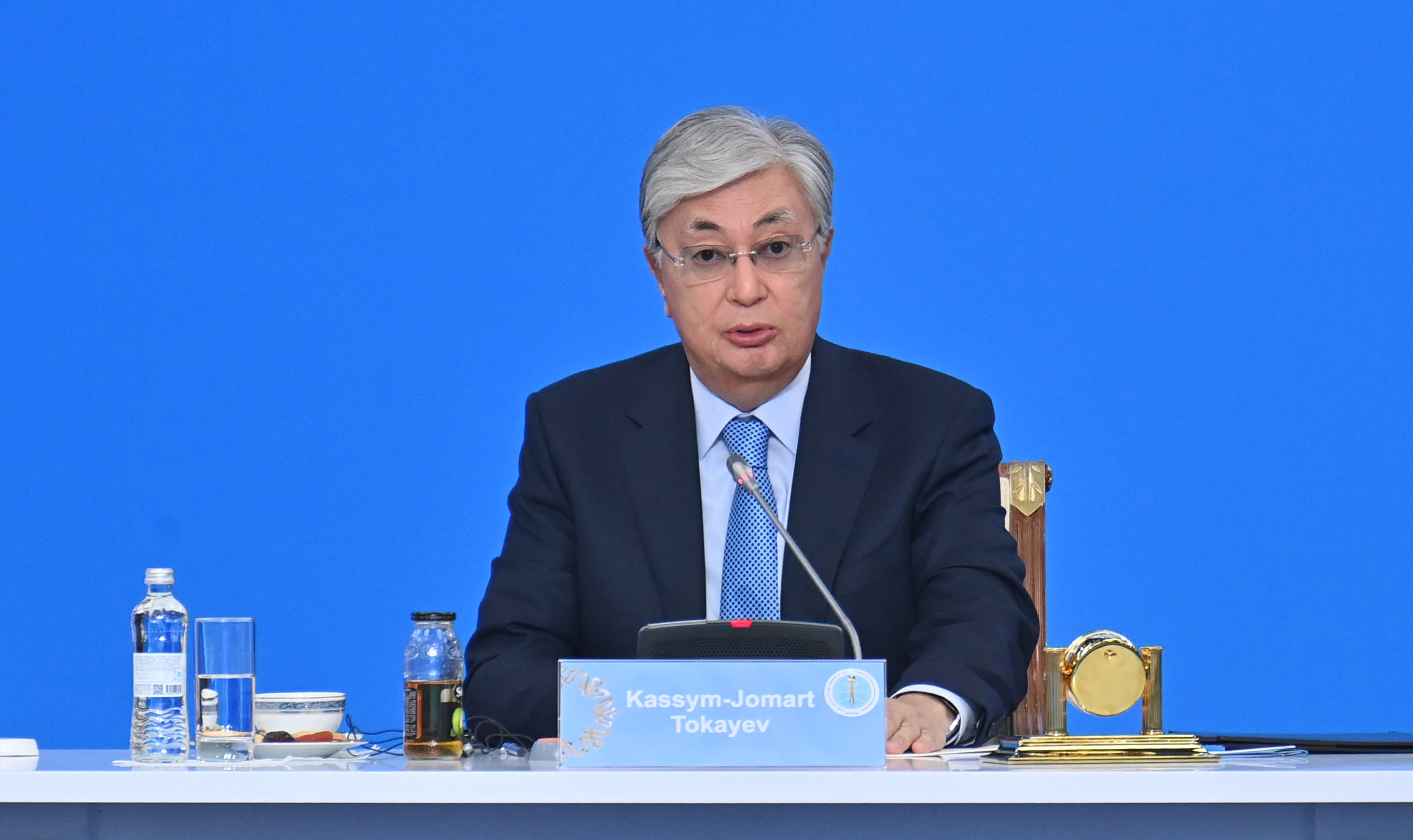 A great attention in the speech was made on the Declaration of the Congress. According to him, this important document covers fundamental issues and can serve as a guide for governments, political leaders and international organizations.

“Our joint task is to consistently promote the concepts and principles of the Declaration. I also believe it is necessary to prepare a Concept document for the Development of the Congress of Leaders of World and Traditional Religions for the years 2023-2033. This Concept document should include concrete steps and stages in further strengthening the influence of our forum,” the Head of State stated.

Concluding his remarks, Kassym-Jomart Tokayev stressed that in line with its domestic and foreign policy priorities, Kazakhstan will fully support the consistent activities of the Congress.

Pope Francis, Grand Imam of Al-Azhar Sheikh Ahmed El-Tayeb, Chairman of the Department for External Church Relations of the Moscow Patriarchate Metropolitan Anthony of Volokolamsk, Saudi Minister of Islamic Affairs, Dawah and Guidance Sheikh Abdullatif bin Abdulaziz Al-Sheikh, Ashkenazi Chief Rabbi of Israel David Lau, as well as the Head of the Secretariat of the Congress of Leaders of World and Traditional Religions, Speaker of the Senate of Kazakhstan’s Parliament Maulen Ashimbayev also delivered speeches at the closing ceremony. 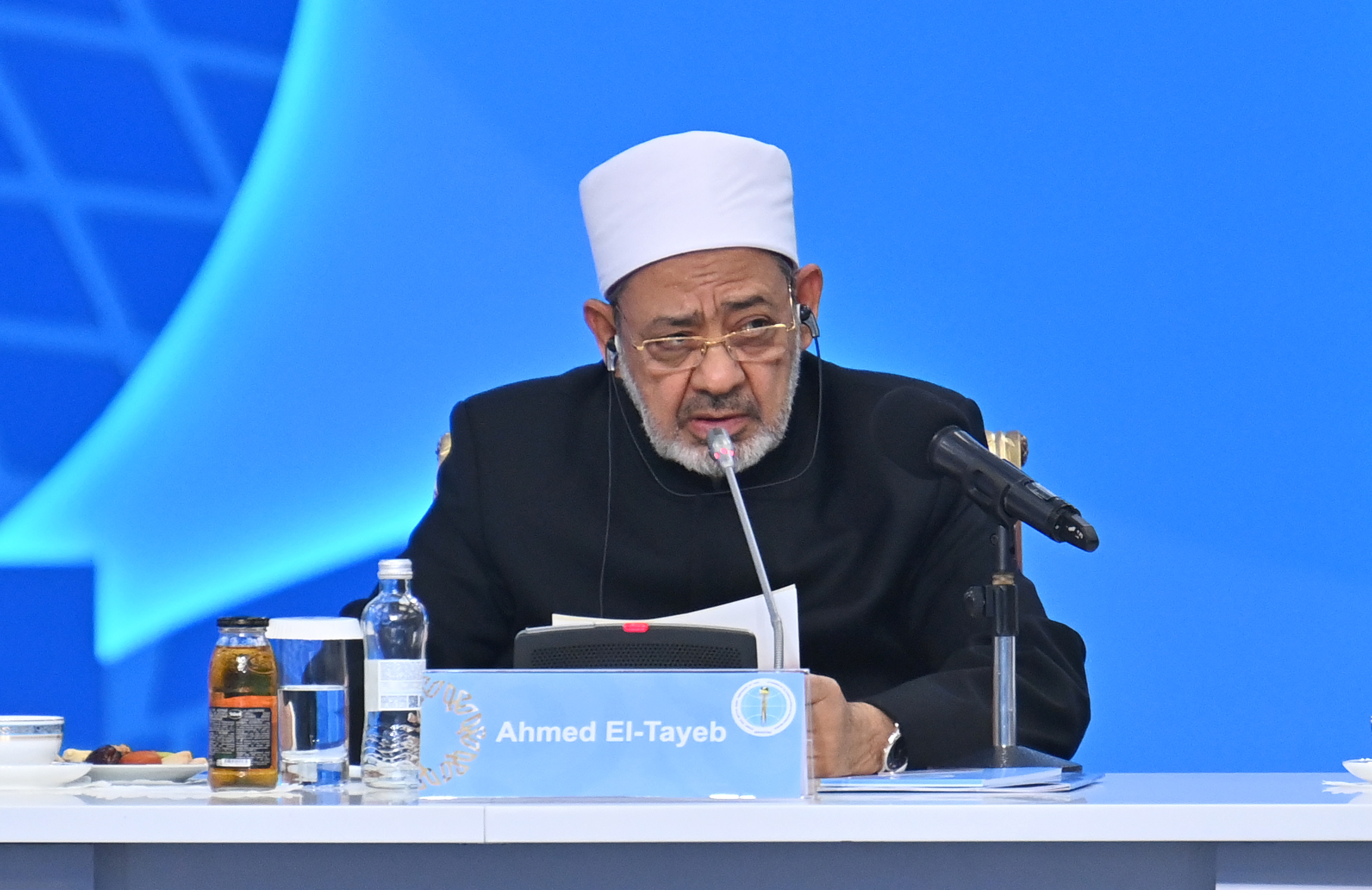 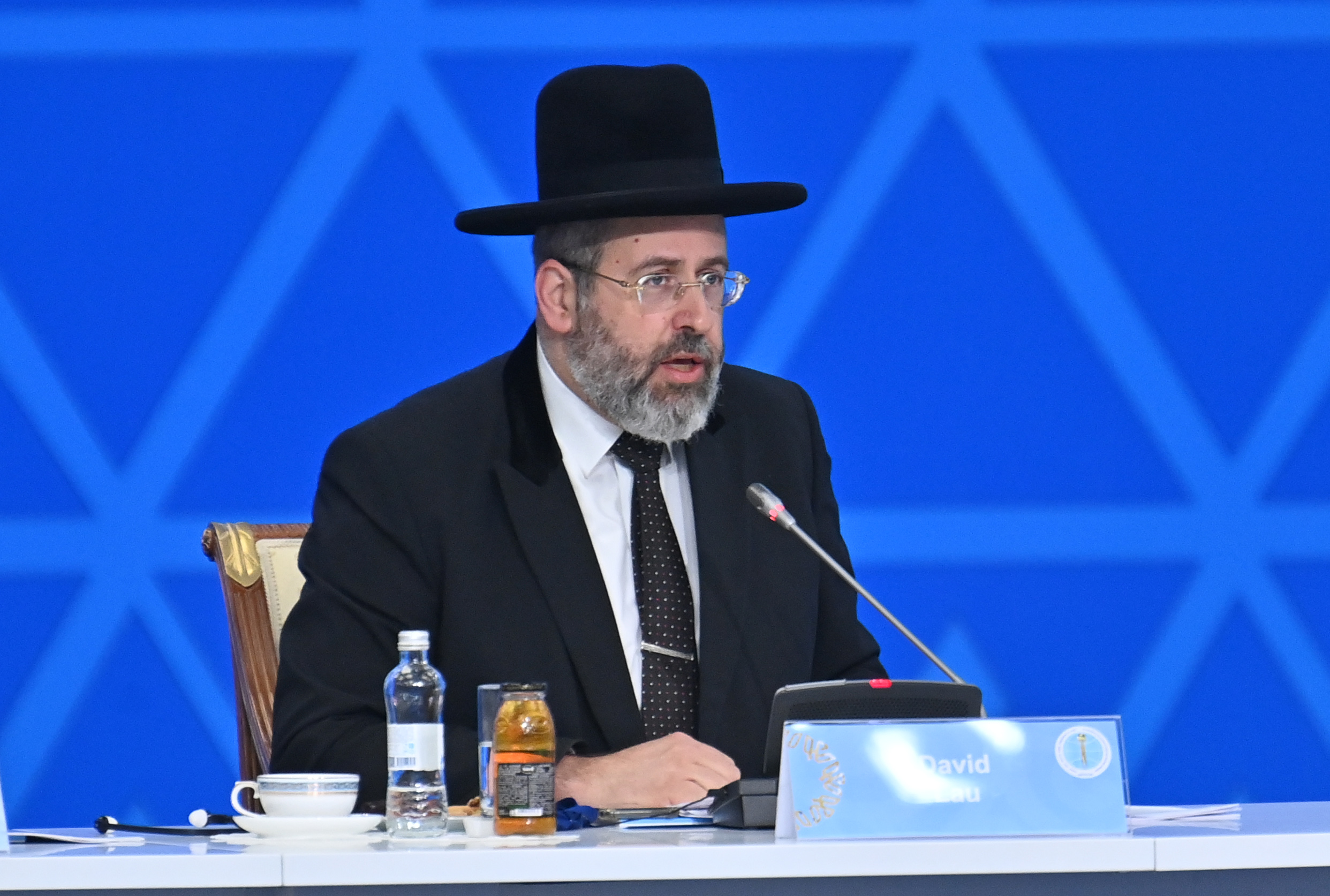 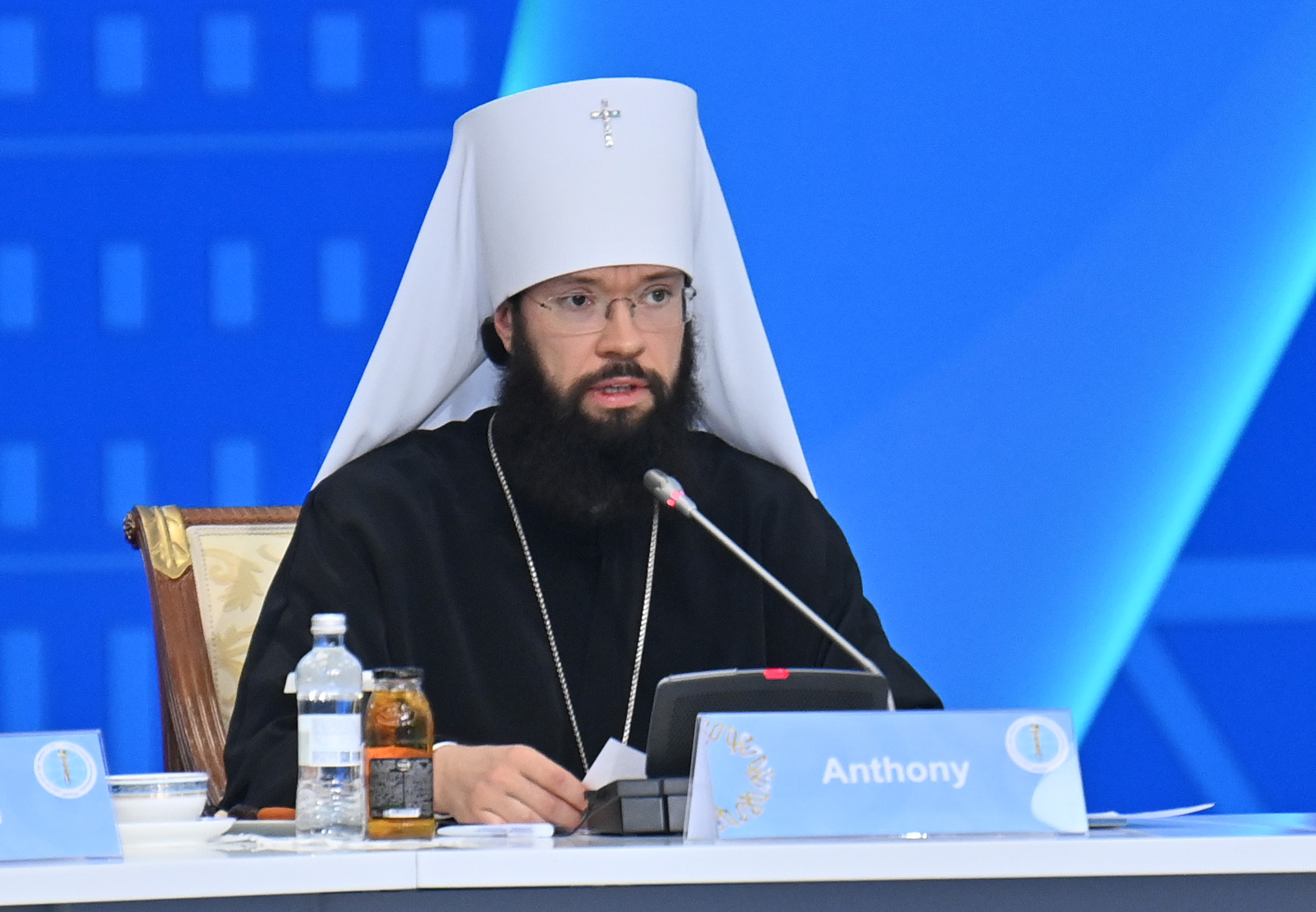 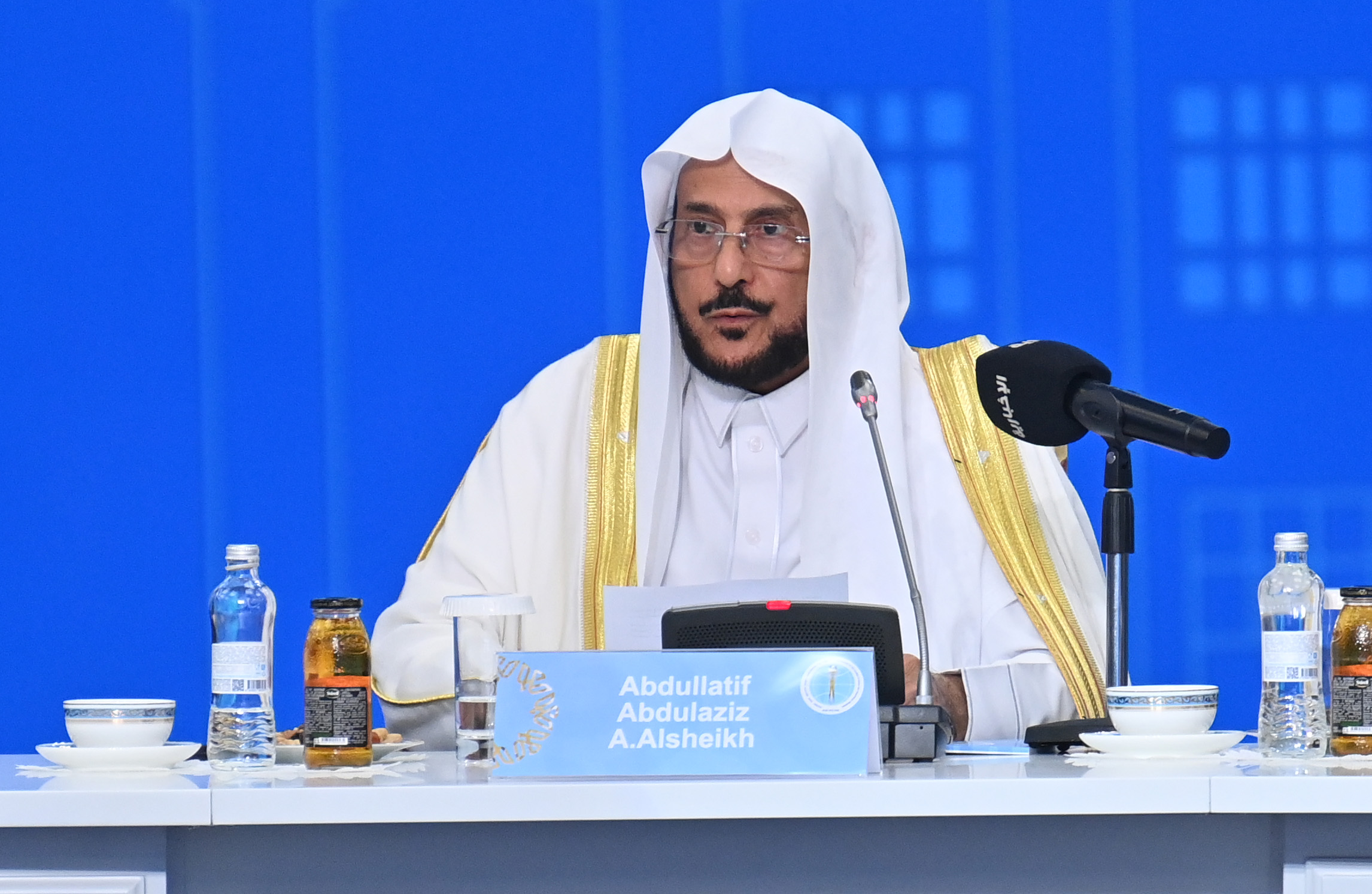 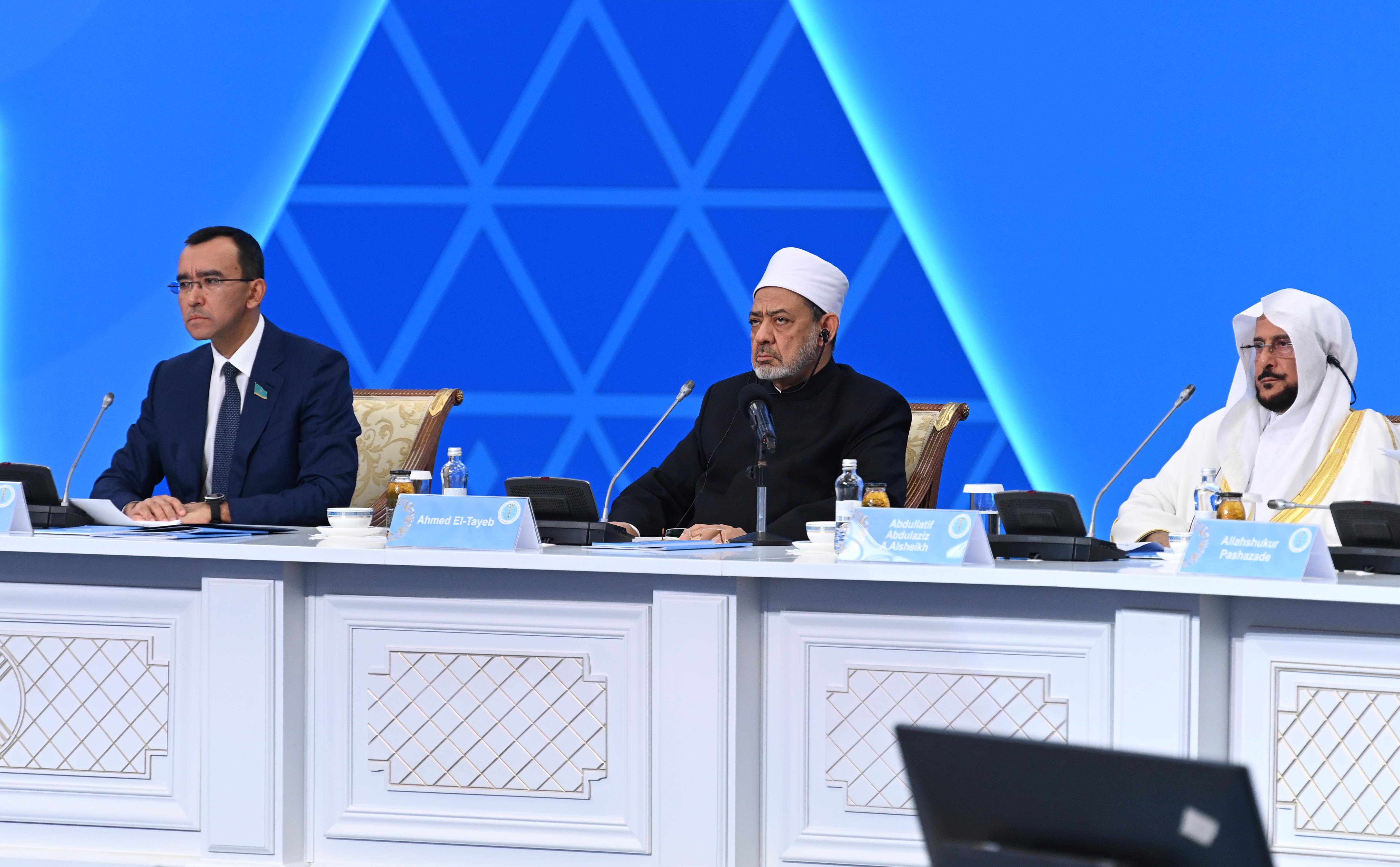 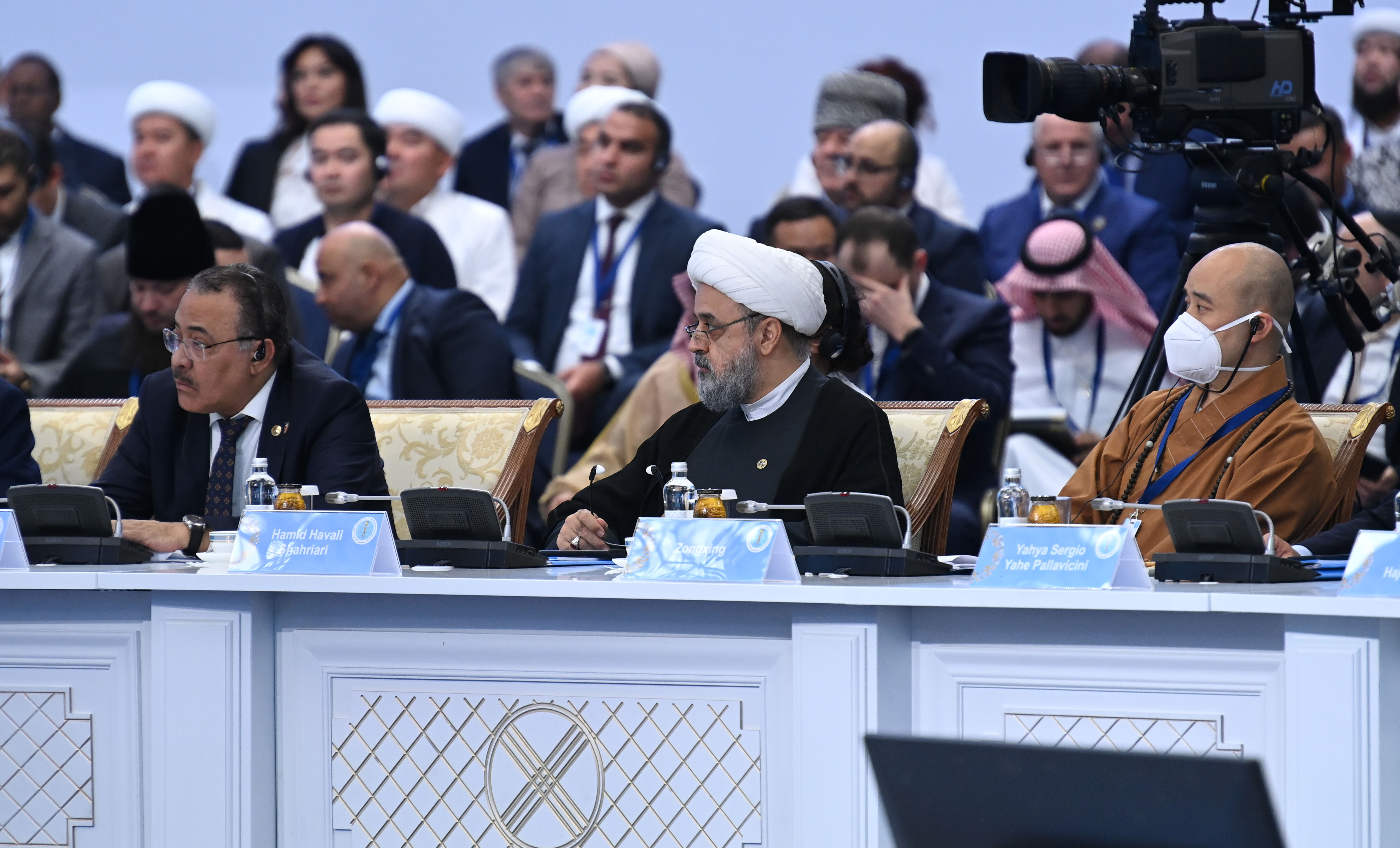 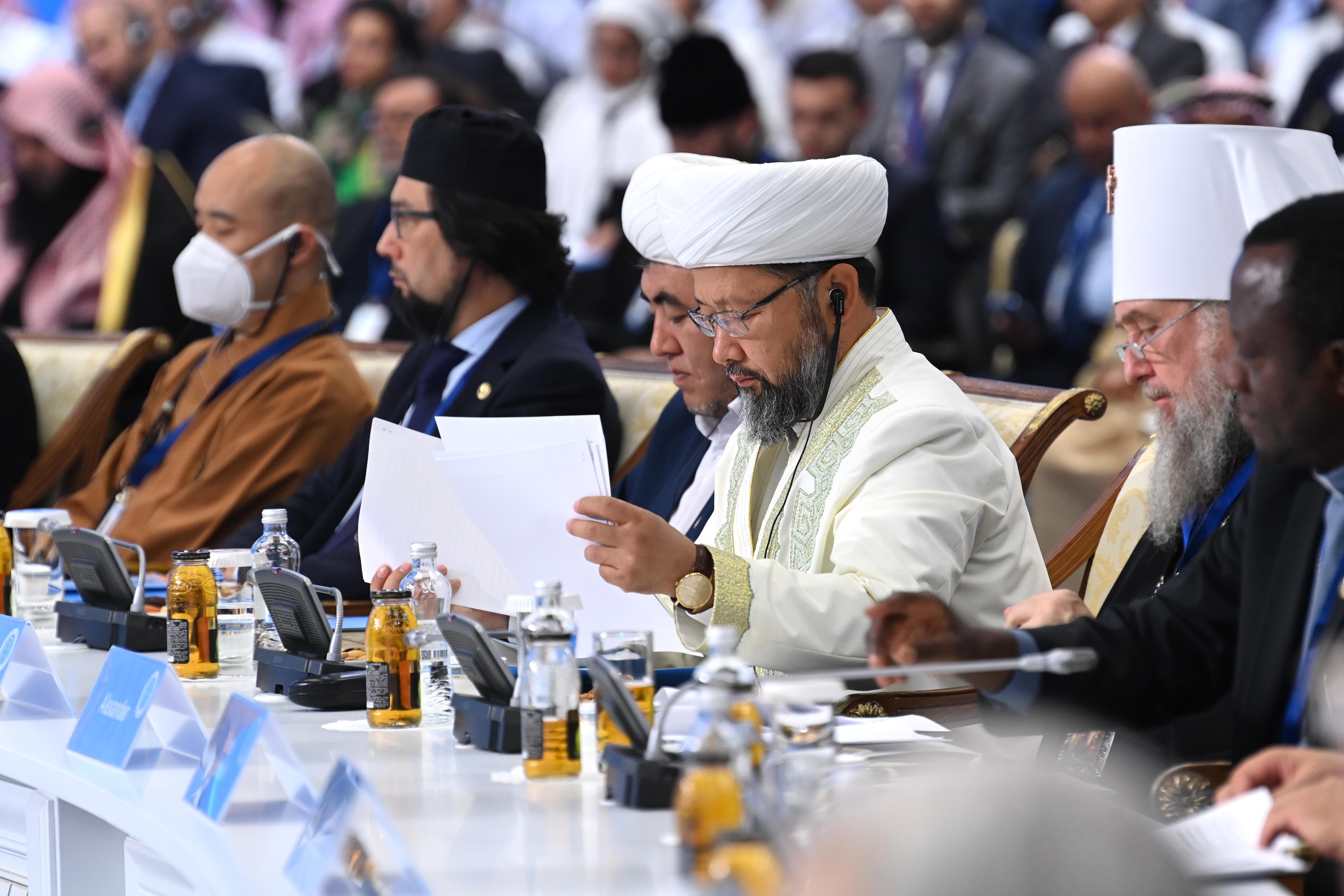 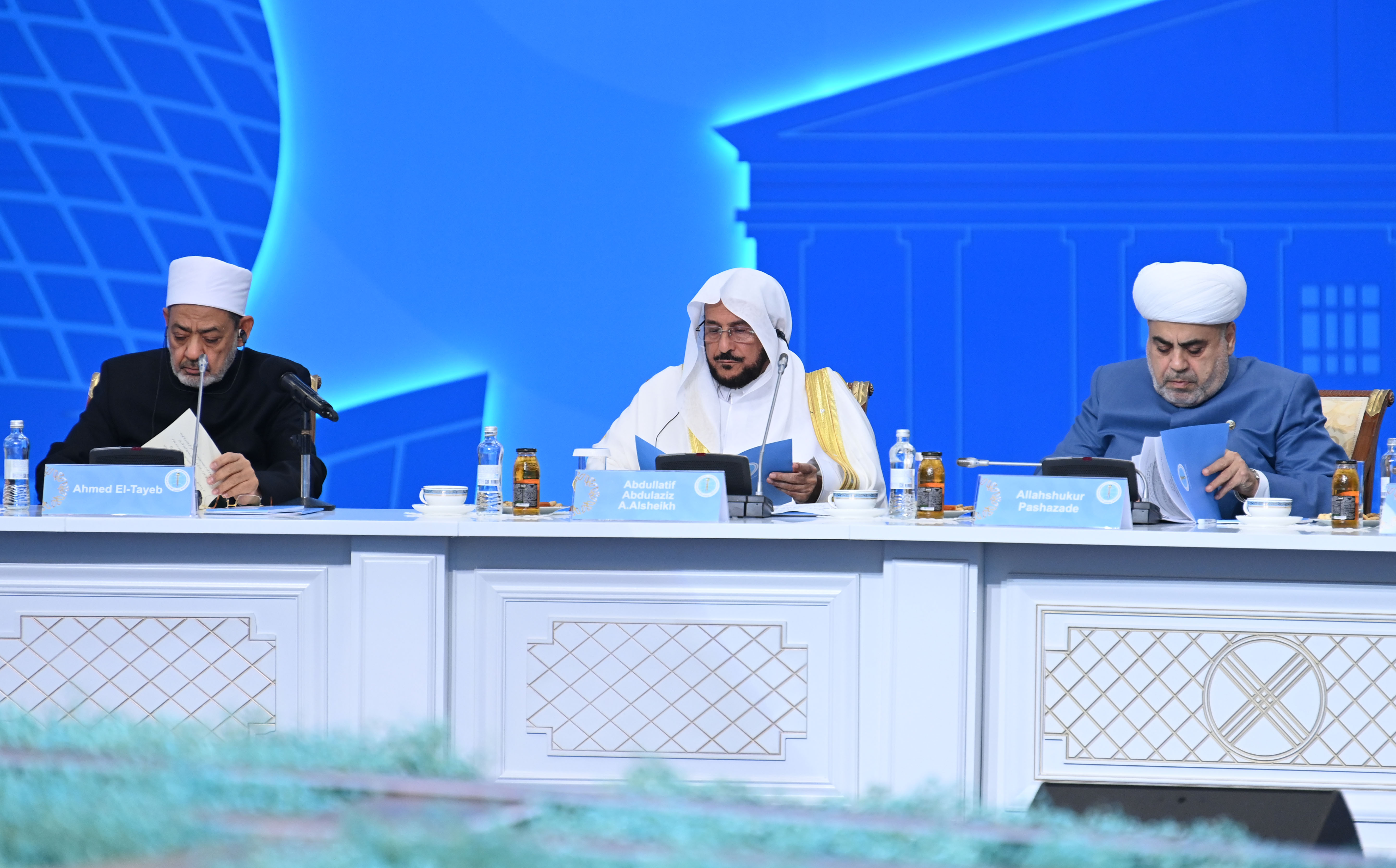 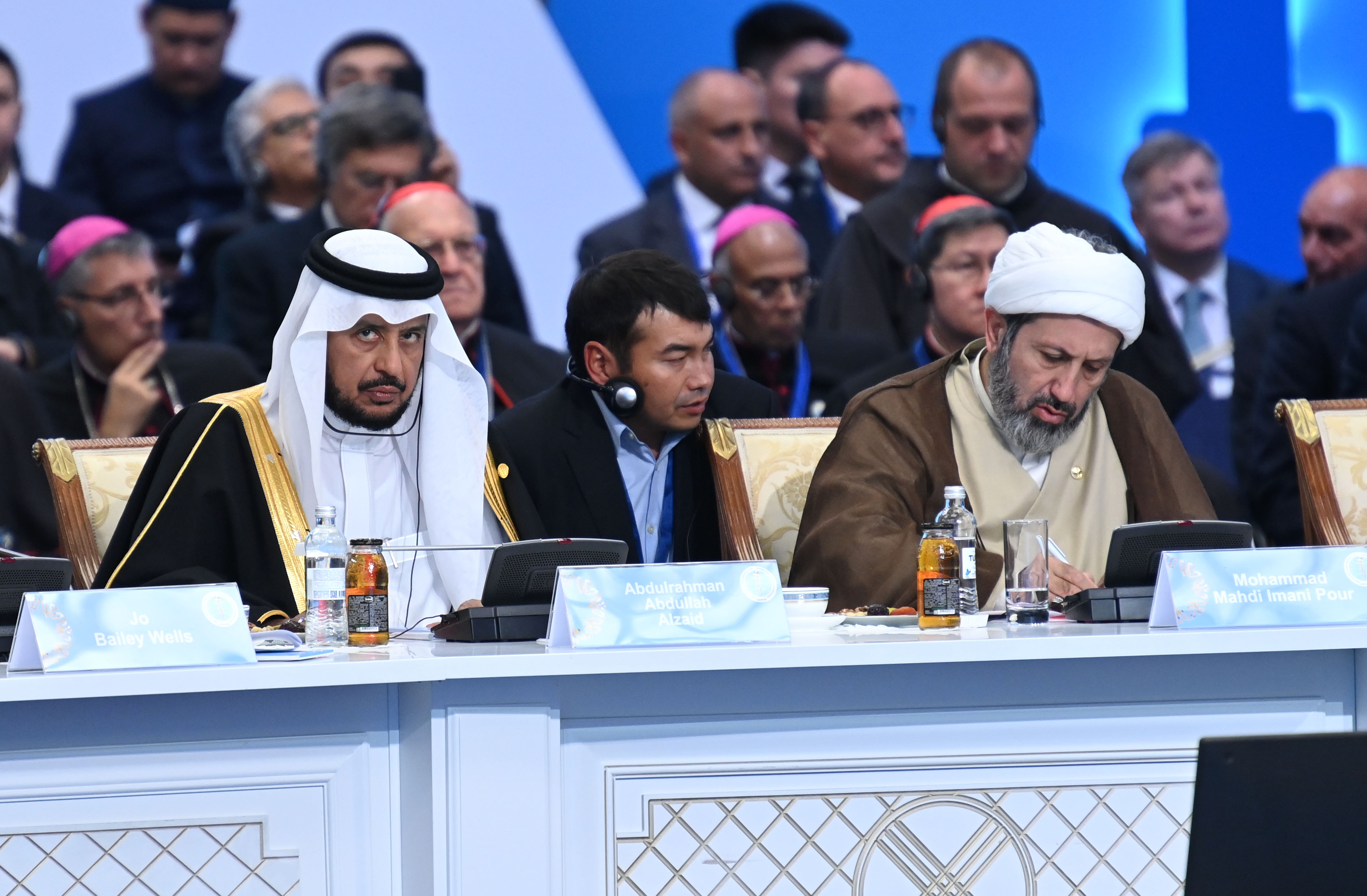 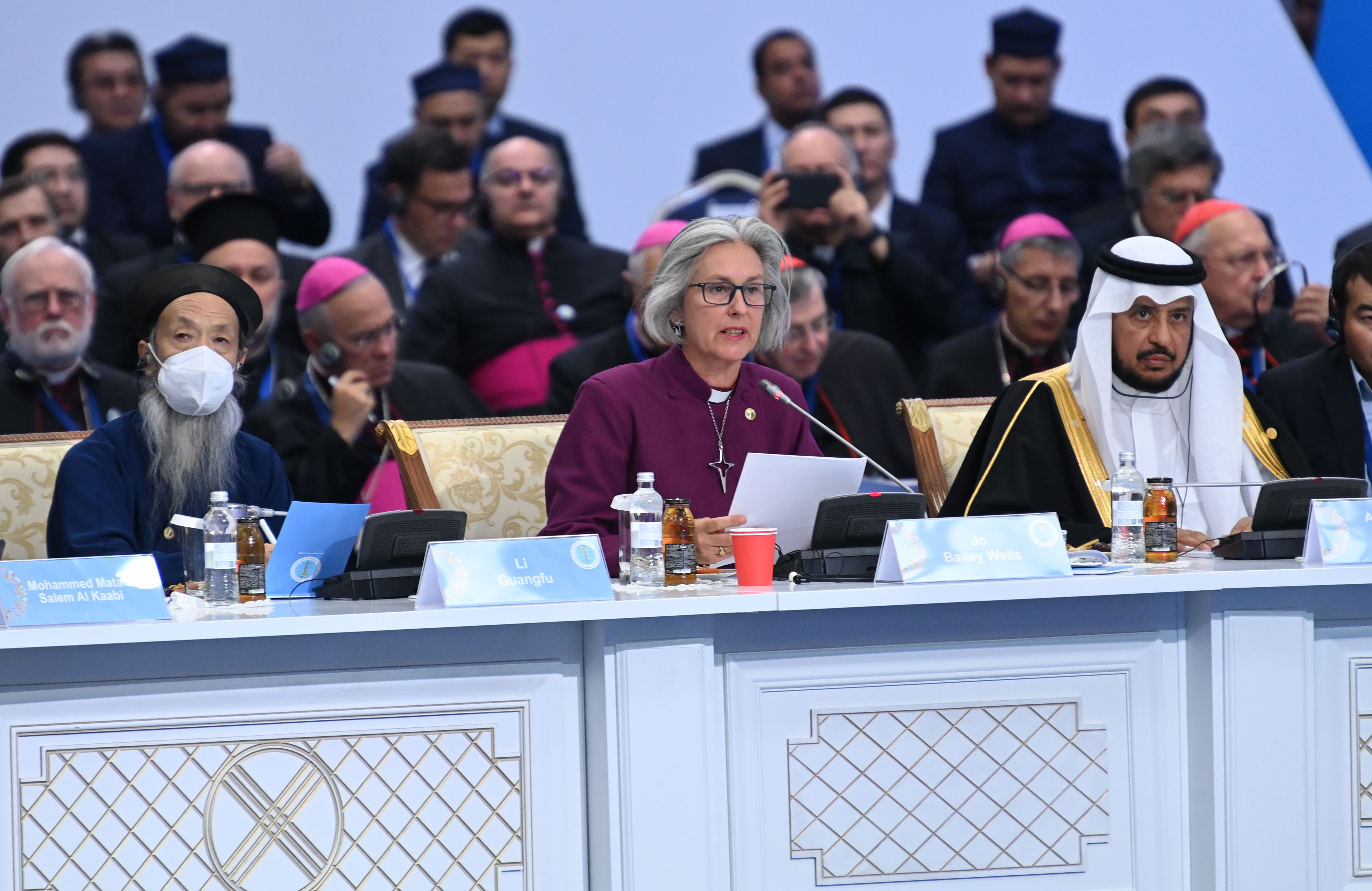 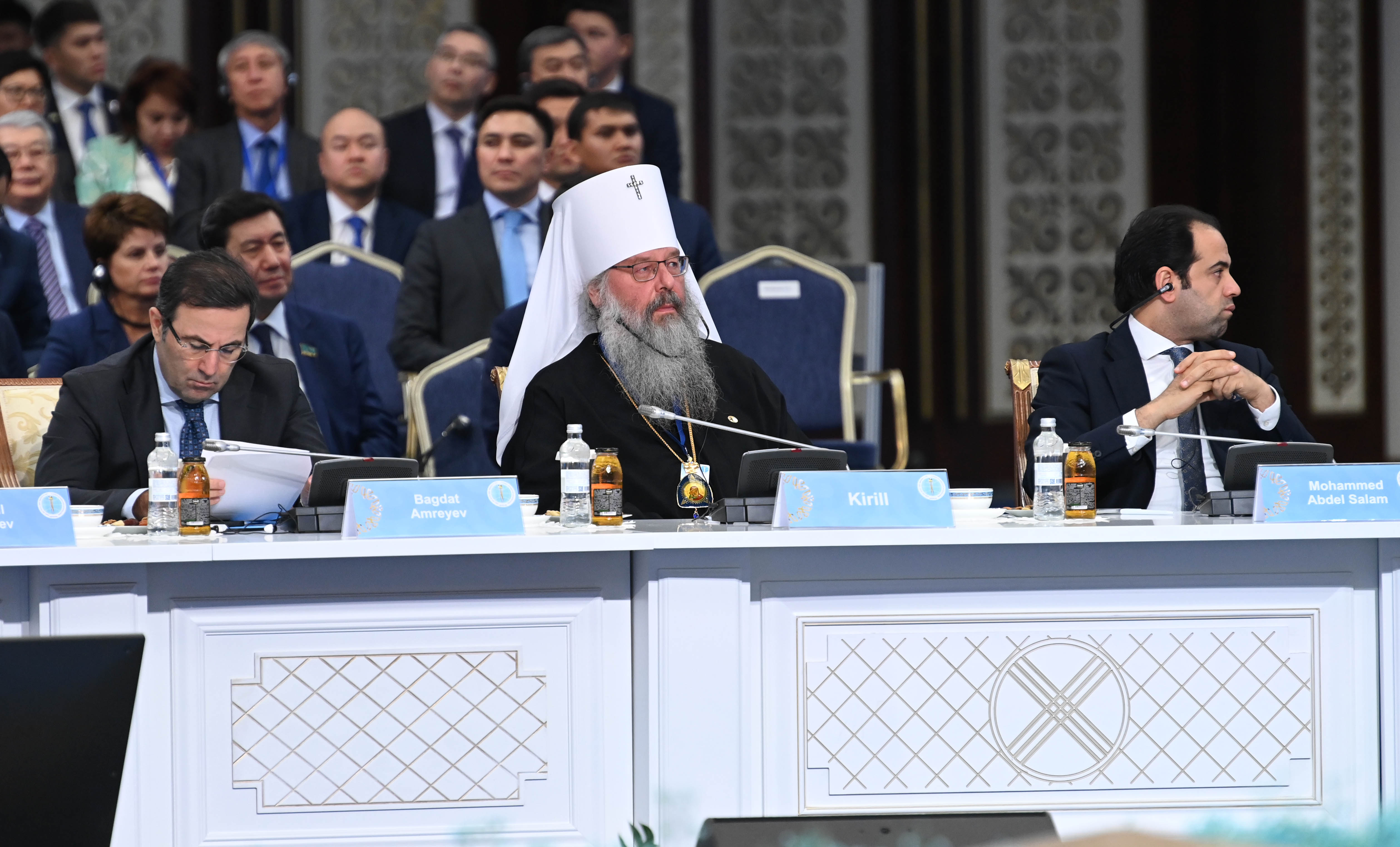