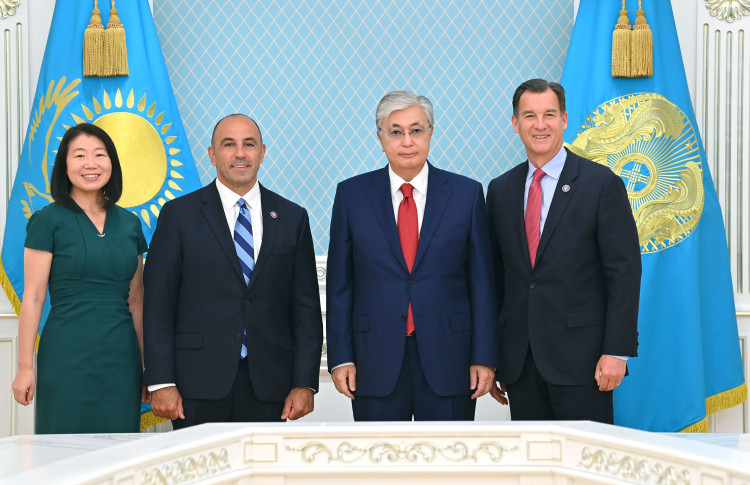 During the meeting, prospects for the development of Kazakh-American relations were discussed. Special attention was paid to strengthening inter-parliamentary ties within the Kazakh-US Congressional Caucus.

President Tokayev noted the importance of the visit of American lawmakers in for promoting parliamentary diplomacy, as well as expressed satisfaction with the dynamics of bilateral trade, economic and investment cooperation.

The President told the congressional representatives about the large-scale reforms being carried out in the country and the main provisions of his State of the Nation Address.

In turn, James Panetta and Thomas Suozzi thanked the Head of State for the opportunity to meet and commended his efforts in implementing large-scale political and economic transformations in Kazakhstan.