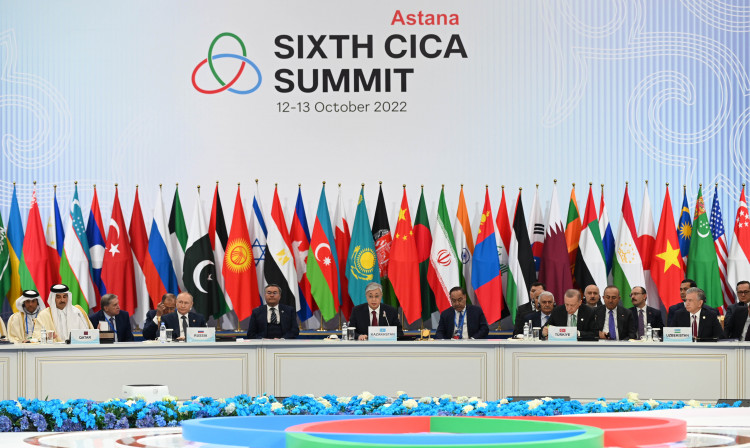 The sixth summit of the Conference on Interaction and Confidence Building Measures in Asia (CICA) began under the chairmanship of the Head of State Kassym-Jomart Tokayev.

In his speech, the President of Kazakhstan thanked the leaders of the countries participating in the summit and noted that this year marks the 30th anniversary of the initiative to convene the Conference. During this period, CICA has become a platform for multilateral cooperation and an international institution of modern diplomacy. The Head of State separately welcomed Kuwait, which joined the CICA. 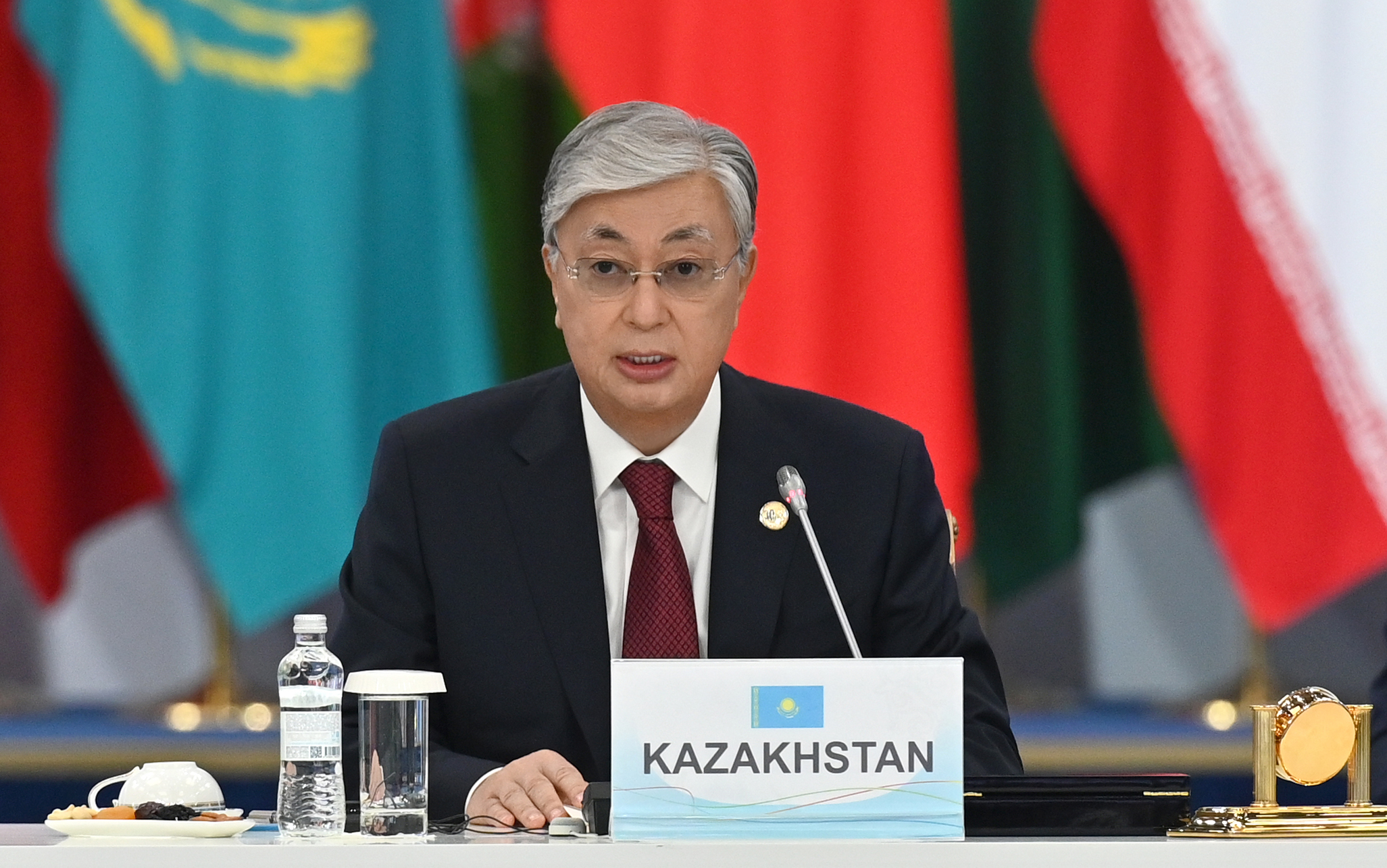 Particular attention in the speech was paid to the geopolitical situation on the planet.

- Today we are living through an unprecedented geopolitical storm and a growing crisis of the world economy. This phenomenon has already been called “global dysfunction”. Since the last CICA summit in 2019, the global community has experienced severe trials, the negative consequences of which continue to affect global development. In my view, a particularly important challenge before us is to achieve sustainability in international relations in the face of emerging unprecedented threats. It is critically important to give a new impetus to multilateral mechanisms and return to an open dialogue, - the President of Kazakhstan said.

According to him, Asia has made a tremendous contribution to the development of human civilization. For several millennia, the states of our macro-region have been the main driving force behind the social, cultural, and technological progress of all humanity.

– The forecast that the 21st century would be Asian is now a reality. Asia has become a recognized global economic leader in nominal GDP and purchasing power parity. The region has substantial human and natural resources. 21 of the 30 largest cities worldwide are in Asia. Of the estimated $30 trillion in middle-class consumption growth by 2030, only $1 trillion is expected to come from today’s Western economies. But the future of Asia itself will depend on our collective readiness to strengthen dialogue among our cultures, traditions and worldviews. I am confident that the steps we have already taken to develop CICA are coherent with this goal, –Kassym-Jomart Tokayev said.

According to the President, Kazakhstan, as chair of the Conference, sets itself the task to increase the efforts to further advance the CICA process. Last year, the CICA Confidence Building Measures Catalogue was revised to include new priority areas of cooperation such as epidemiological safety, healthcare and pharmaceuticals, security of information and communication technologies.

– Think Tank Forum will be serving as a universal platform for experts and specialists all over Asia to exchange experience and ideas and implement joint research projects. This year, Astana hosted the CICA Business Council and Business Forum, and the Fifth Meeting of the CICA Youth Council. The CICA Fund will be established today. Its purpose is to set up a special mechanism for selecting CICA projects and raising voluntary funds for them. The number of observers and partners has also been expanded. Turkmenistan joined CICA as an observer, and decisions were taken to establish cooperation with the Eurasian Economic Union and ASEAN, – the Head of State informed.

Kassym-Jomart Tokayev emphasized that Kazakhstan has identified a number of ambitious priorities for its chairmanship, based on the transformation of CICA into a full-fledged international organization.

– The maturity and effectiveness of CICA as a regional platform of political dialogue is the starting point for its further transformation. Member states have repeatedly discussed and agree in principle that CICA already functions as a de facto organization. I want to emphasize that we are not creating a new organization, but are moving to a new stage of institutional development. Raising the status of the Conference will confirm the increased role of Asia in global affairs and will bring the interaction of member states to the next level, – the President noted.

He expressed his gratitude to all CICA member states that supported Kazakhstan's bid for a new chairmanship term in 2022-2024. The Head of State said that our country sets itself serious goals and counts on close cooperation and support of the member states.

- First, the economic dimension. I believe the decision to establish the CICA Council on Sustainable Interconnectivity is timely. Disruptions in global supply chains force us to take a fresh look at the formation of efficient transit-transport corridors. Convenient and accessible routes for transporting goods are an important factor in the sustainable growth of our economies. It is important to focus on realizing the transit-transport potential by developing diversified routes of communication and cargo delivery, – Kassym-Jomart Tokayev said. 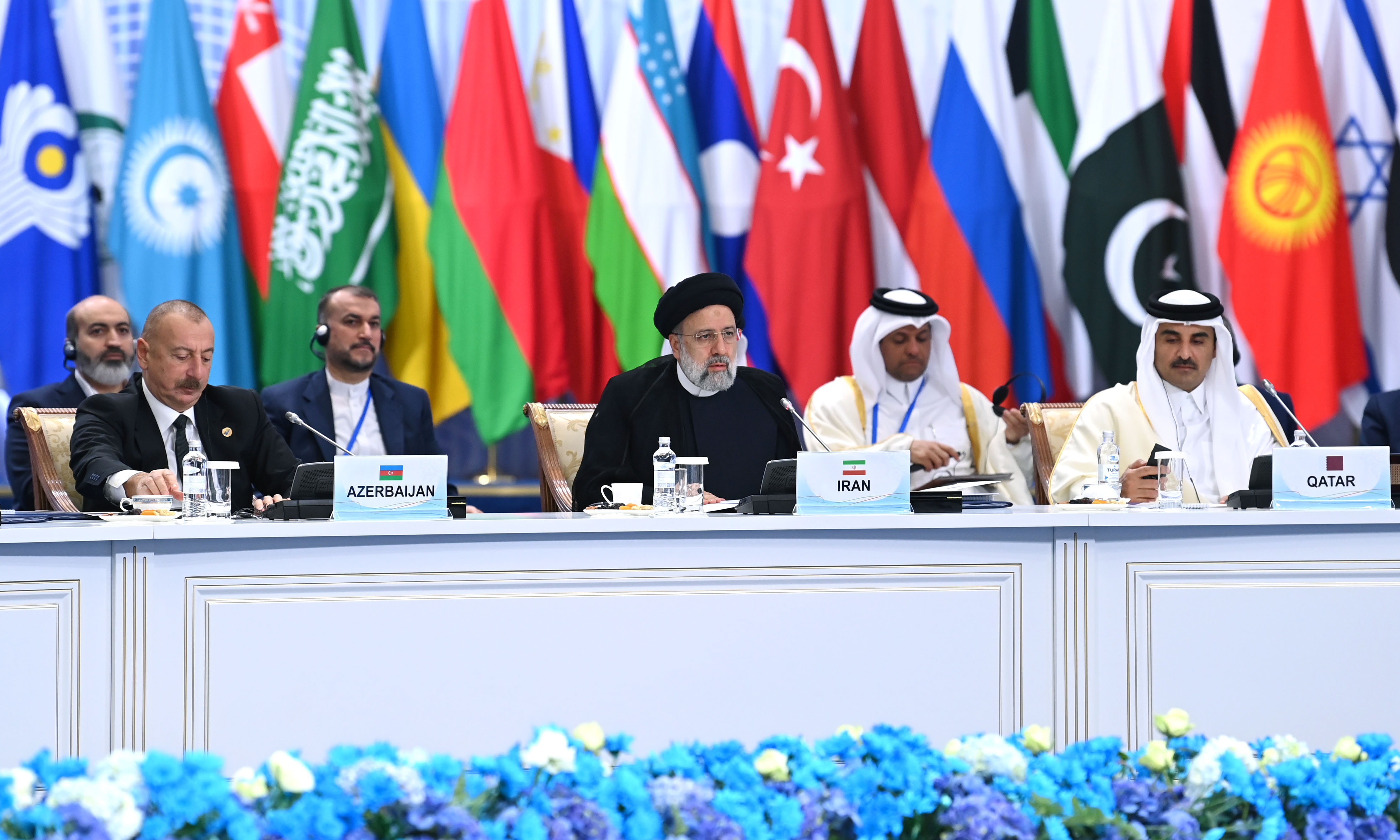 In addition, the President proposed transforming the CICA Finance Summit into a permanent forum. He believes that this initiative of the People’s Republic of China is of great importance for enhancing cooperation among CICA member states in the area of finance. The transformation will contribute to economic recovery, sustainable and inclusive development, and create favorable conditions for regional and sub-regional financial cooperation within the framework of the Conference.

Particular attention in the speech of the Head of State was paid to the environmental dimension.

- Climate change is causing natural disasters that have become increasingly unpredictable and catastrophic. In 2021, 57 million people in Asia were affected by them. By 2050, the possible damage to Asian economies from such natural disasters could be up to 26% of GDP. The recent massive flooding in Pakistan was a major humanitarian disaster. In these difficult times, we reaffirm our solidarity with the people and government of Pakistan. The climate crisis could lead to military conflicts and become a catalyst for huge and uncontrollable migration flows. The decarbonization of the economy is an issue of utmost urgency for Asia. To solve this problem, unprecedented amounts of investment are needed. In a month, Egypt will host the COP27 Climate Conference. I also propose to hold a High-Level Conference in 2024 in Astana on environmental issues in CICA countries. The results of this conference may become the basis for the establishment of the CICA Council for Cooperation in the field of ecology, - the President of Kazakhstan said.

Kassym-Jomart Tokayev pointed to the need for a truly working mechanism to ensure food security in the CICA area.

- Asia produces two-thirds of the world's agricultural products, but remains vulnerable in this area. We need to develop unified approaches to assessing the compliance of important products with national standards, as well as to create ‘green corridors’ between CICA member states for this category of products. It seems promising to establish cooperation between the CICA and the Islamic Organization for Food Security, headquartered in Astana. Given the agricultural potential of our countries, we could take measures to provide  countries in need with food and fertilizers, -  the Head of State said. 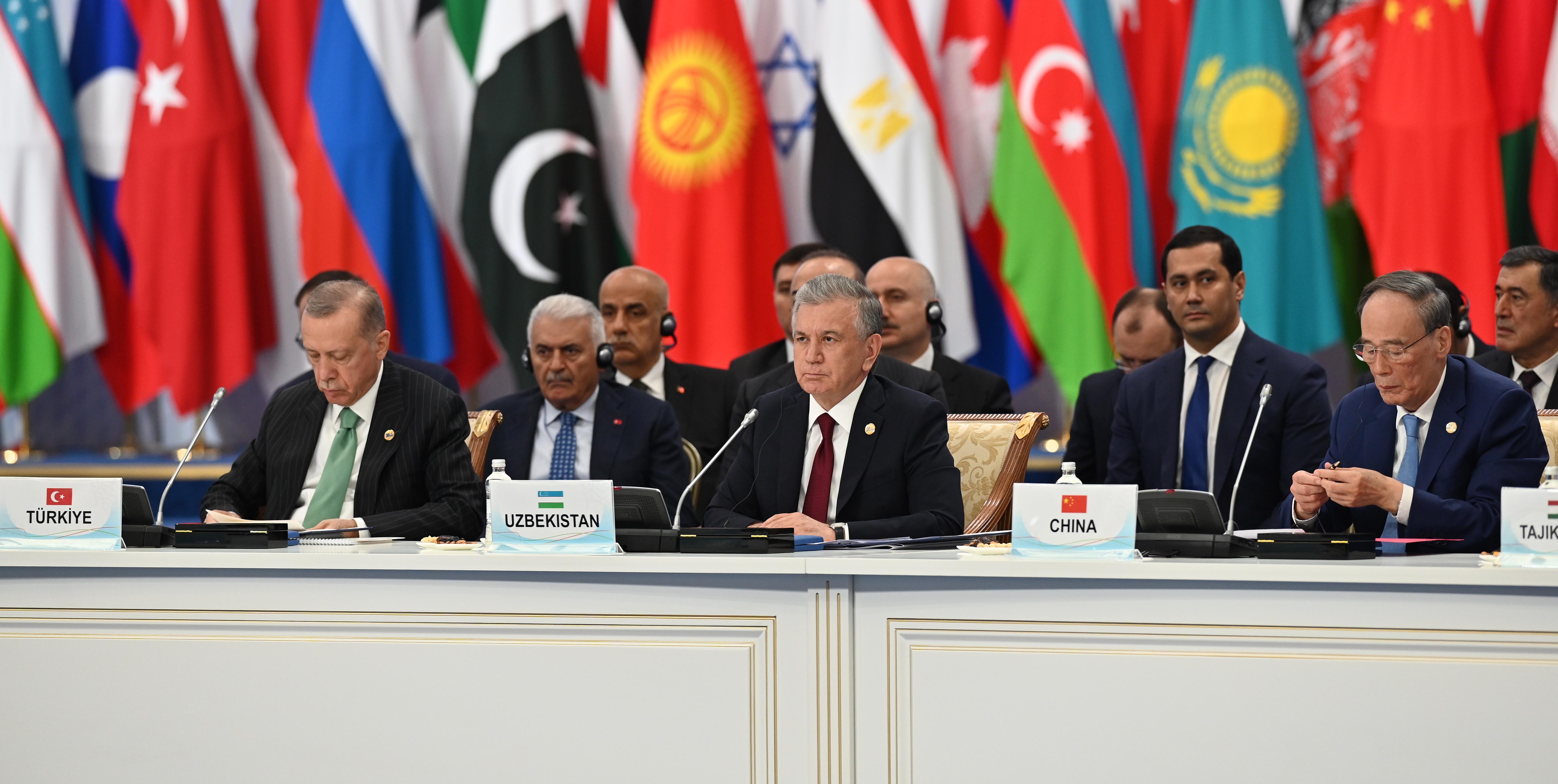 In addition, the President of Kazakhstan considers the focus on the human dimension, the preservation and development of human resources to be an important priority.

- The successful meeting of the Youth Council in Astana in July this year testifies to the great prospects for interaction in this direction. In this regard, I propose to hold the meeting of leaders of volunteer movements of CICA countries under the auspices of the Youth Council in Astana in 2024. The creation of the Partnership Network of leading universities of CICA member states opens great prospects. Through this network, it would be possible to exchange developments in innovative areas, such as IT-sphere, nanotechnology and renewable energy sources, - Kassym-Jomart Tokayev concluded.

He reiterated that Kazakhstan is committed to the further development of CICA, and expressed confidence that the Conference, given its unique format and geography, has serious prospects and a great future. 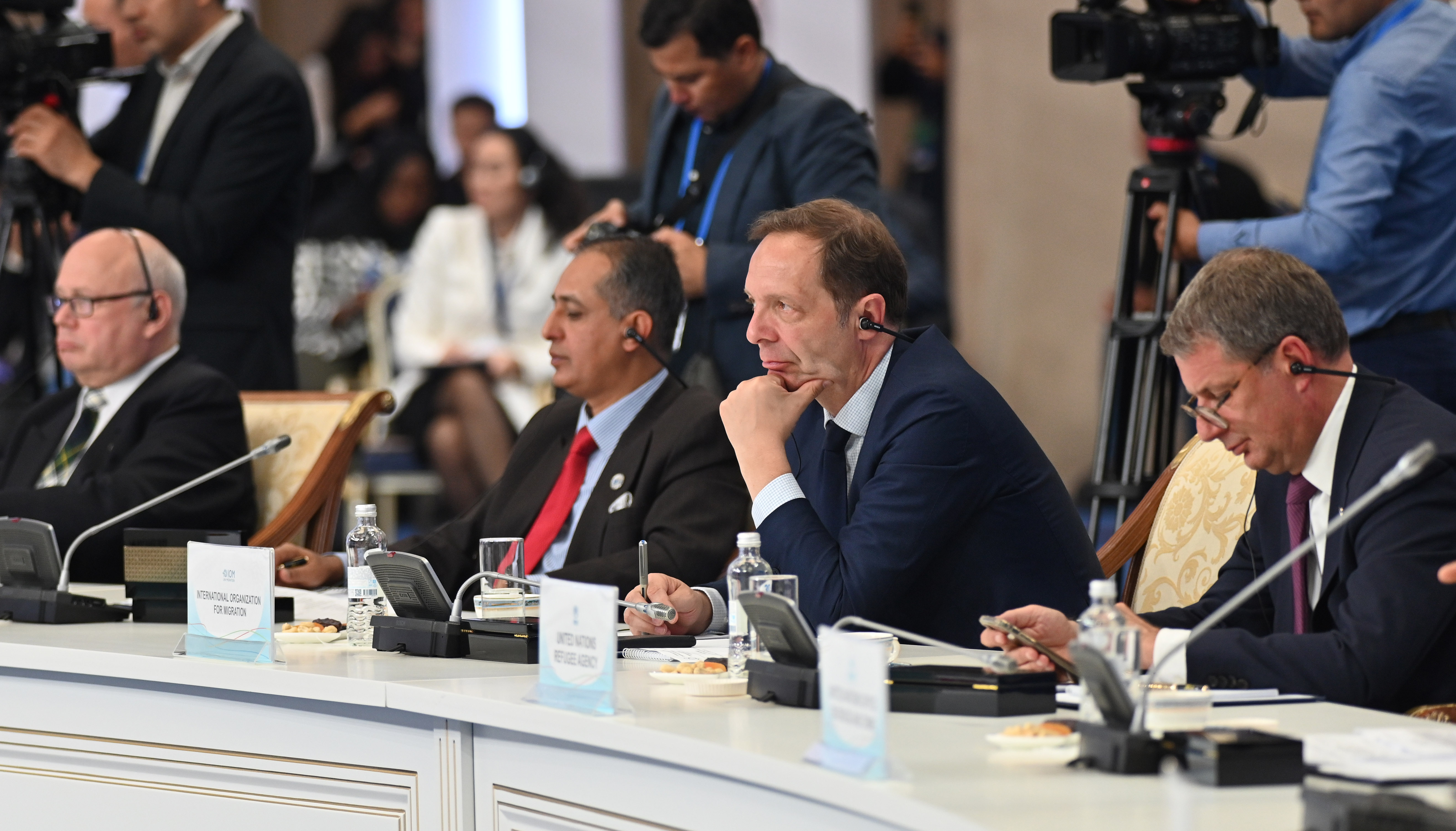 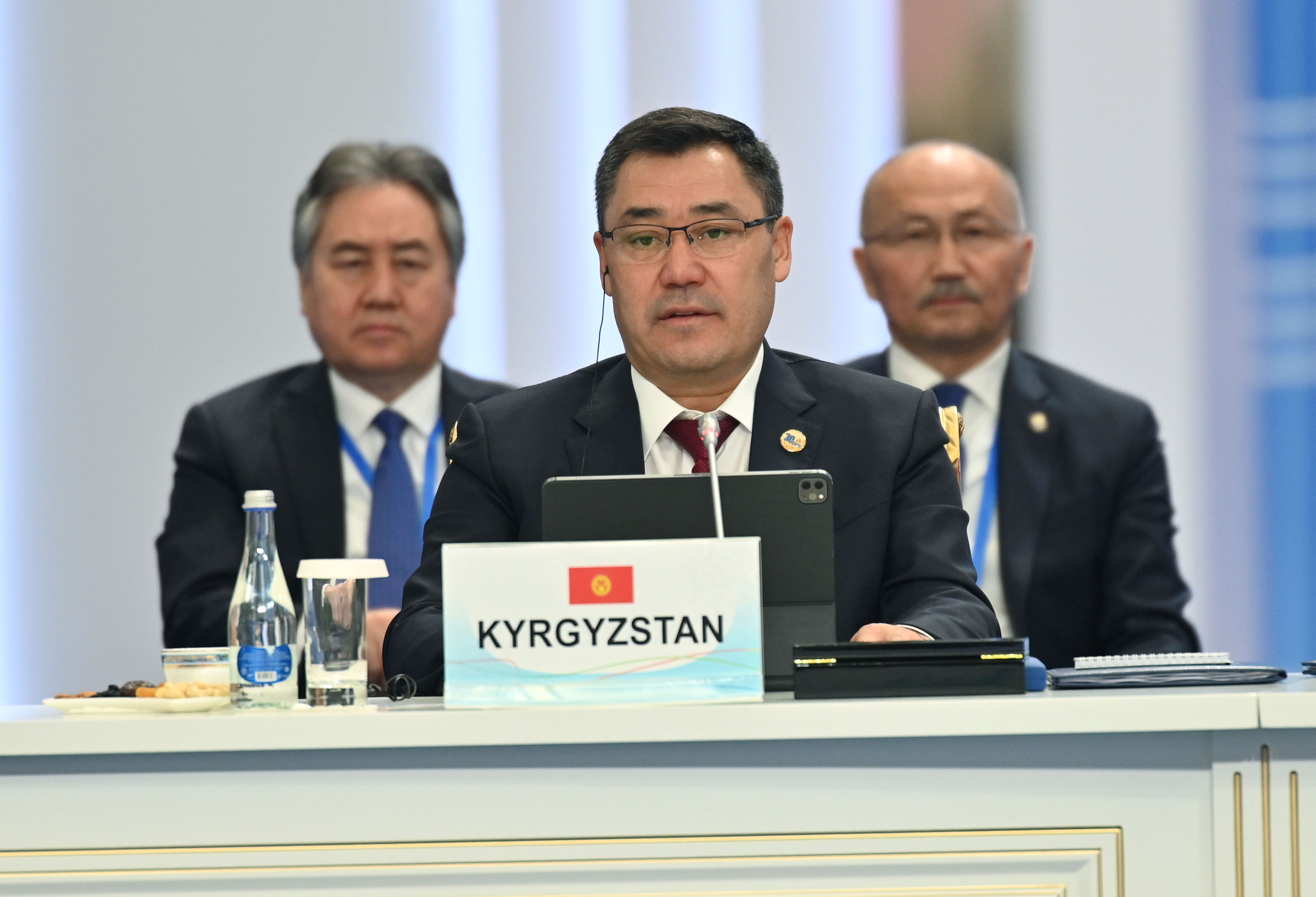 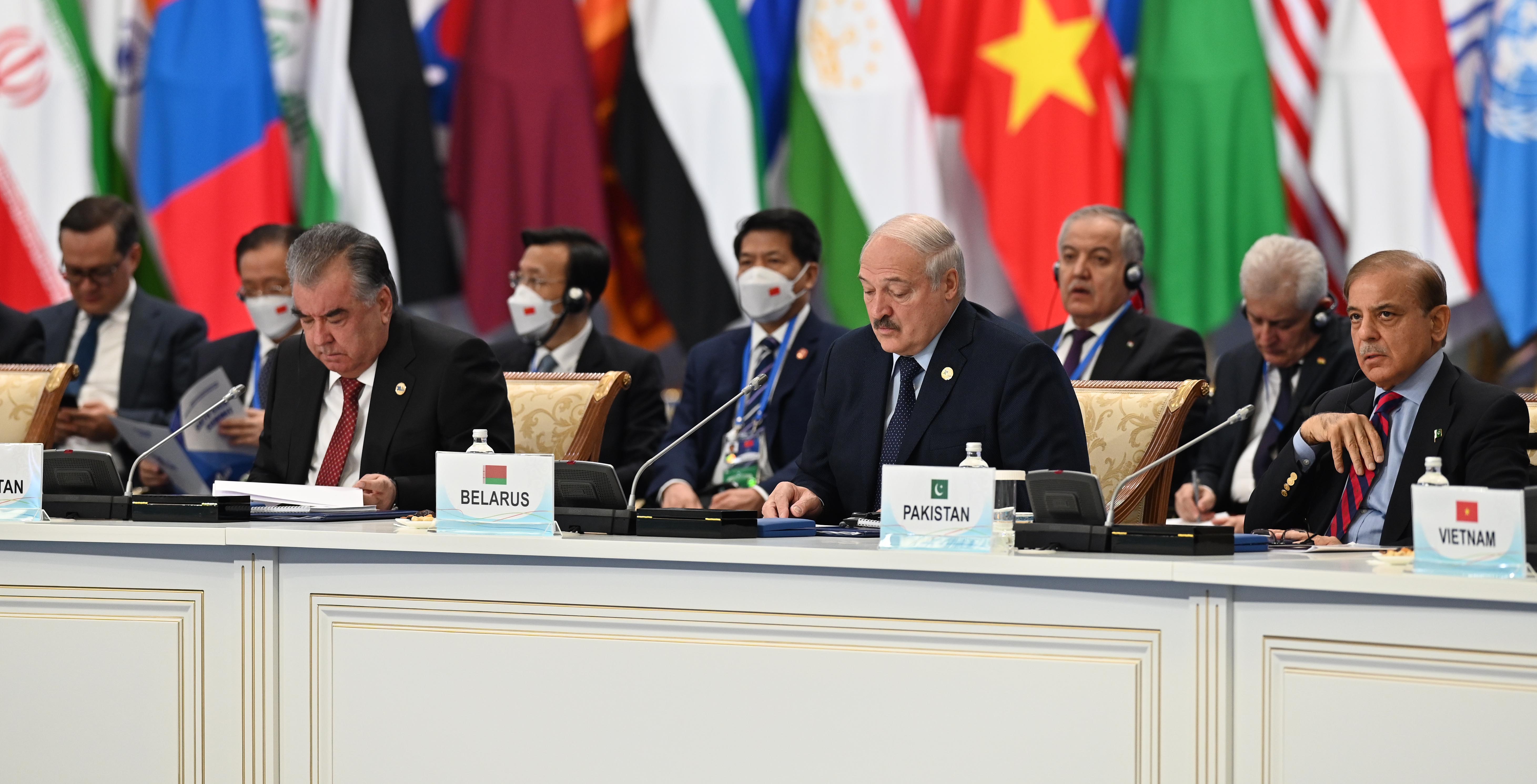 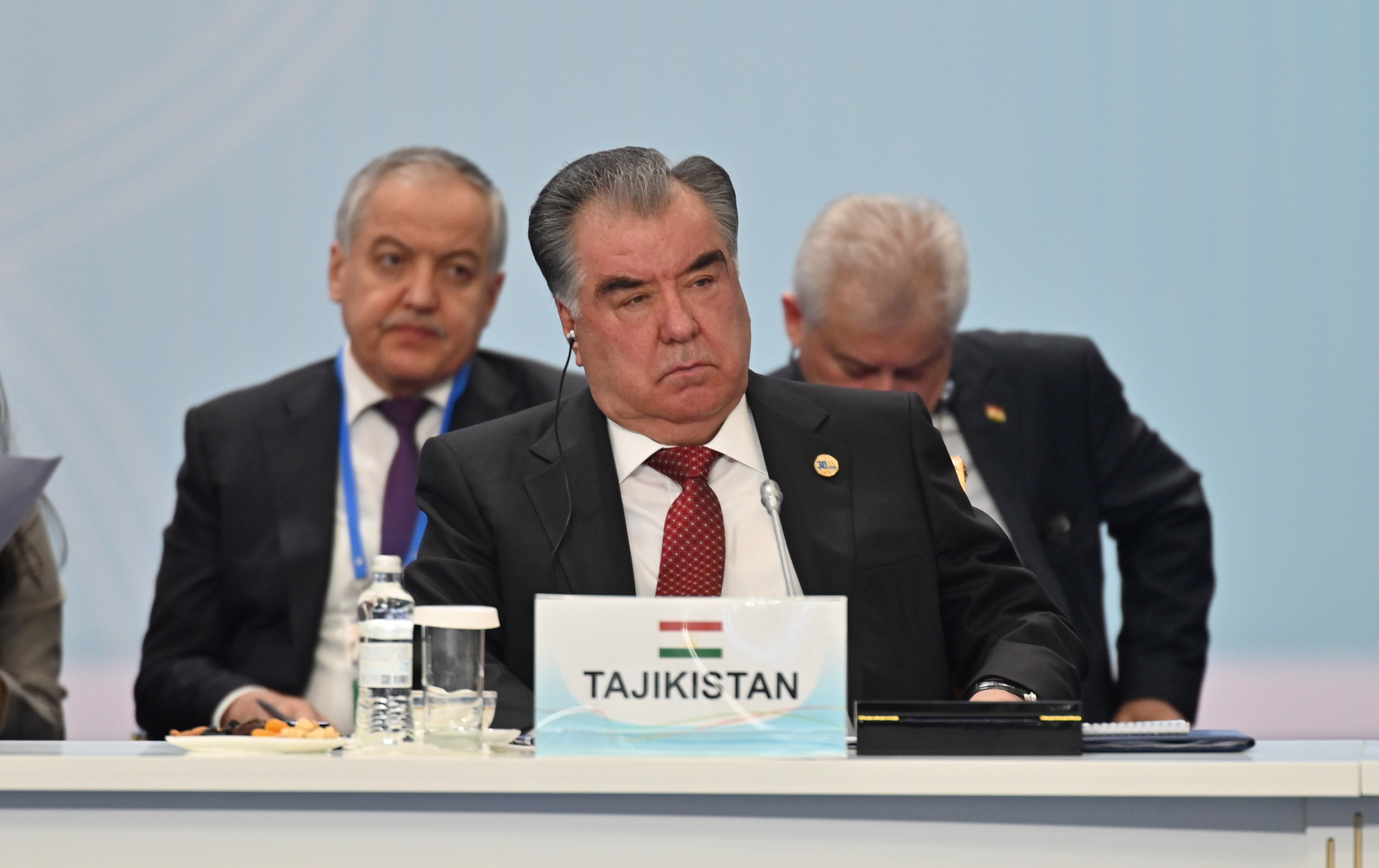