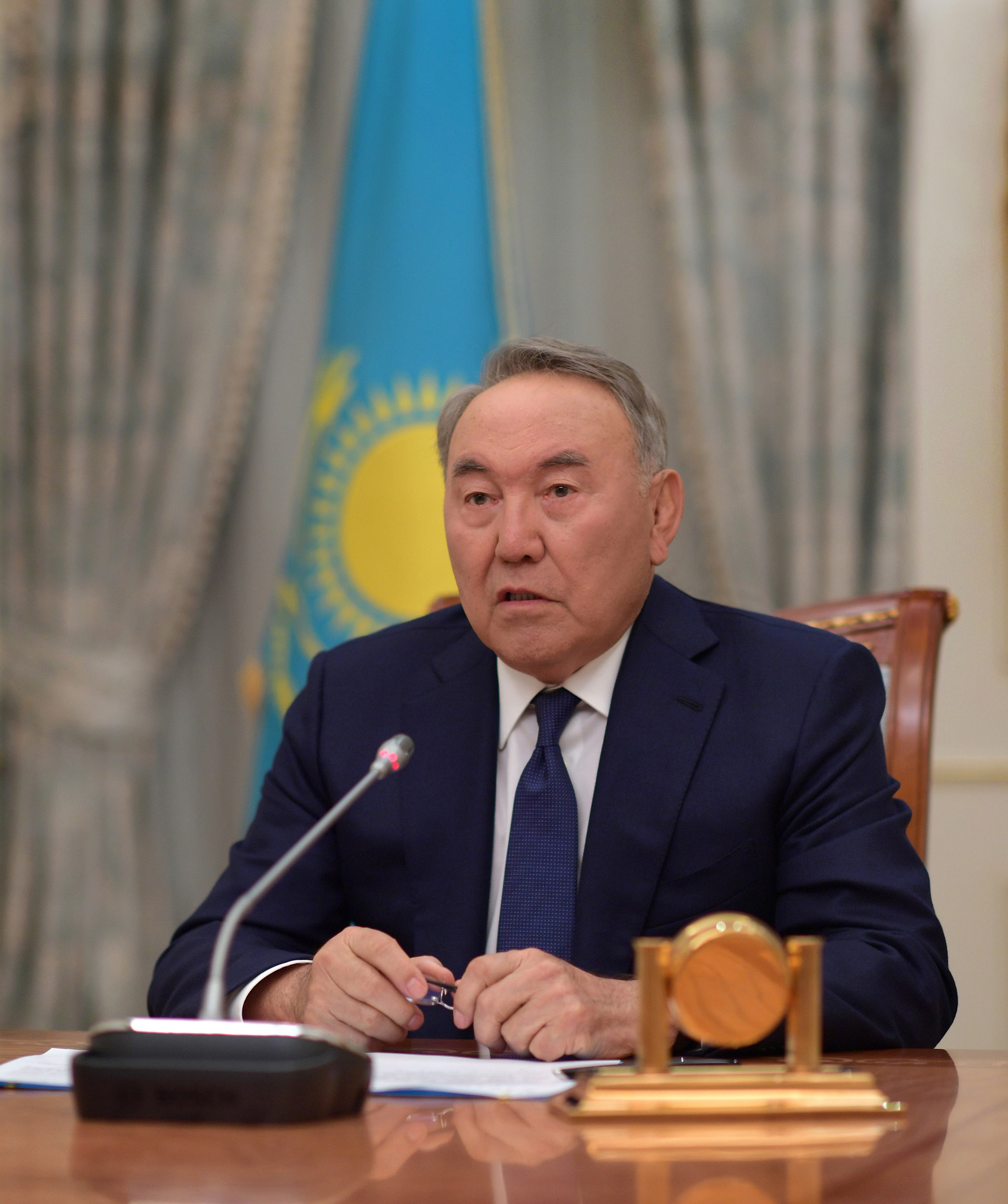 Today I am addressing you, as I have always done, at the most important moments of the history of our state, which we are building together.

But today’s address is special.

I have made a difficult decision for myself - to resign from the powers of the President of the Republic of Kazakhstan.

This year marks the 30th anniversary of my time as the leader of our country. I was honored by my people to become the First President of an independent Kazakhstan.

Let us recall how the Soviet empire fell, leaving us with confusion and emotional turmoil, a ruined economy and politics.

Gross domestic product halved, not enough food and essential goods were available. Overnight, all the major factories stopped operating. It seemed that things were about to collapse.

It was a challenge. And we accepted it. We began to vigorously pave the Kazakhstan’s path of development.

Our first task was to build a market economy, dismantle the totalitarian system of ideology and modernise all the institutions of society. And we did this in the name of creating a modern democratic state - the Republic of Kazakhstan.

Understanding that it was impossible to build democratic institutions with a weak economy and poor citizens, we put economic development and the growth of citizens’ welfare at the forefront. As a result, we managed to increase the economy 15-fold and the income of the population 9-fold (in dollar terms), which made it possible to reduce the level of poverty by almost 10-fold.

We have independently and successfully overcome the many challenges that we faced, including the deepest global financial crisis of 2007-2012.

Kazakhstan has moved from an agrarian economy to an industrial service economy. A process of industrialisation and urbanisation of the country is in place. The world’s leading investors now participate in the commodity sector. This made it possible to implement many complex projects in the oil and gas sector.

A fund for future generations of the people of Kazakhstan was established thanks to raw materials. Kazakhstan has become part of the global economy, attracting investment and trading with almost all countries of the world.

A new infrastructure framework of the country has been established. All regions of the country are connected by road and rail. And aviation routes give us the opportunity to discover new places in the world.

Kazakhstan became a large state not only by territory. Today we have more than 18 million people. The next target is not far away - 20 million people.

We managed to build a successful Kazakhstan state with a modern market economy on the ruins of the Soviet Union, create peace and stability within a multi-ethnic and multi-religious Kazakhstan. For the first time in our centuries-old history, international legal recognition of the Republic of Kazakhstan has been secured. Kazakhstan has been put on the world map, where it did not exist as a state. We have our own flag, anthem, coat of arms.

In the most difficult period of the 1990s, we began training specialists under the Bolashak programme in order to give young people a decent education, an opportunity to study global practices and benefit the country.

There was a crisis in the world, but we established a world-class university in Astana, built intellectual schools. Young people who grew up during the years of independence, I am sure, appreciate the care that the country gave them. They are the fledglings of the independent Kazakhstan, who, I believe, will protect and strengthen our country, give their knowledge and strength to the cause of prosperity of the Homeland.

For the first time in the history of the country, we built our capital. Astana is a tangible personification of all our achievements and victories.

We did all of this together, my dear people of Kazakhstan.

All these years you have supported me in all the elections, supported my initiatives. I was honored to serve my great nation, my native country. Thank you so much - to my people, I bow to you. Thanks to this support, I worked sparing no strength, energy, health and time to justify this trust.

As the founder of an independent Kazakhstan, I see my future task in ensuring the coming to power of a new generation of leaders who will continue the transformation being carried out in the country.

The issue of continuity of power in Kazakhstan is resolved constitutionally. In the event of early termination of the powers of the current President, the powers are transferred to the Chairman of the Senate before the end of the electoral term. Then, elections of the new President will take place.

The Chairman of the Senate of Parliament is currently Kassym-Jomart Kemelovich Tokayev. You know him well. He is a graduate of MGIMO, doctor of science. Fluent in English and Chinese. He has come a long way in the leadership positions of the Republic. He was the Minister of Foreign Affairs in the years of the formation of the country’s foreign policy, he worked as the Deputy Prime Minister and the Prime Minister of the country, the Chairperson of the Senate. He knows the country, its economy and politics. He was nominated and worked as the Deputy Secretary-General of the UN. This was a great recognition of his merits as a diplomat and a sign of confidence in Kazakhstan.

Alongside me, he has been working since the first days of independence of Kazakhstan. I know him well. He is an honest, responsible and indispensable person. He  fully supports implemented policy inside and outside the country. All programmes were developed and adopted with his participation.

I believe that Tokayev is the person we can entrust the governance of Kazakhstan.

We see that the world is changing, not standing still. Not only are new opportunities arising, but also new global technological and demographic challenges are growing, and instability of the world order remains. Each generation has to solve their problems. I, and my generation did everything we could for the country. You know the results. The world is changing, and new generations are coming. The process is natural. They will solve the problems of their time. Let them try to make the country even better.

We must change too, together with the world. I appeal to the young generation of the people of Kazakhstan - take care of the independent Kazakhstan - our common homeland, the Eternal Nation - this is our people, the land of our great ancestors. We have one homeland, one land.

Take care of the friendship and unity of our people, our mutual trust and respect for the culture and traditions of every citizen of the country.

Only in this way will we be strong, and overcome all the challenges.

Only in this way will we flourish.

Today I appeal to each one of you.

The country faces large-scale tasks. And I am confident in our success.

How do I see Kazakhstan of the future?

I firmly believe that the people of Kazakhstan of the future are a society of educated, free people who speak three languages.

They are the citizens of the world. They travel. They are open to new knowledge. They are hardworking. They are patriots of their country.

I am convinced that the future Kazakhstan is the Universal Labour Society. This is a state with a strong economy, where everything is done for the people. Where there is the best education, the best healthcare. Where peace and tranquility reign. Where citizens are free and equal, and power is fair. Where there is the rule of law.

I believe that we are on the right path, and nothing can lead us astray.

If we are strong, we will be well-regarded.

If we hope for a miracle or rely on others, we will lose what we have achieved. 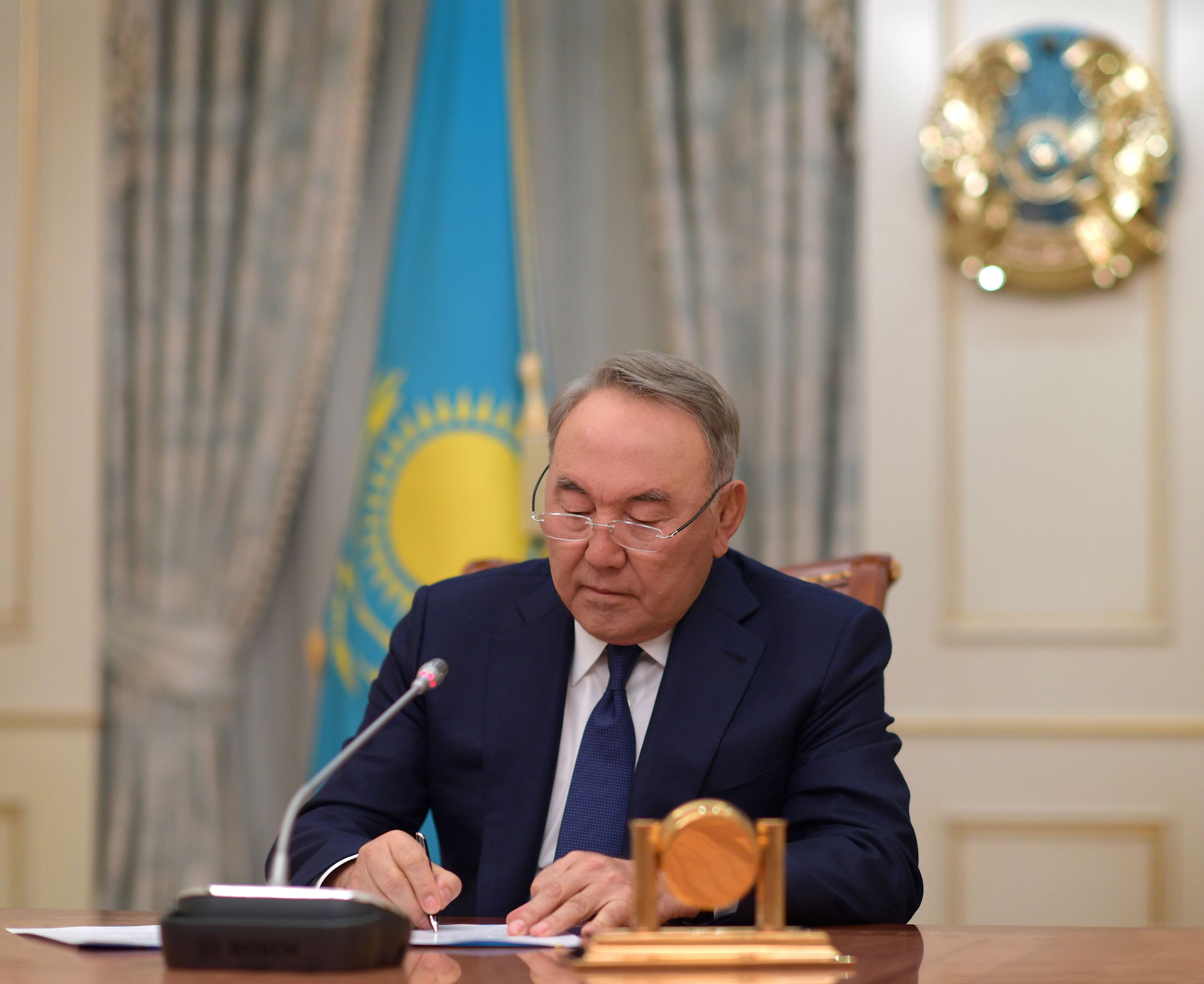